The church of San Joaquin was ordered to be built by Señora Juana Romero in 1835. Being a religious person herself, she had the church built for the people of the newly formed town of San Luis. It was built high on a hill overlooking the town's main boulevard and it's promenade. The stone walls were 80cm thick and the interior was cedar-roofed. The church was beautifully decorated with a lovely altar, sacred ornaments, bells and a box with the image of San Joaquin which was to be placed in the middle of the altar.
With the passage of time and loss of the church's benefactor, Lady Juana, the church went through many years of neglect and fell into disrepair. Enter the beloved Father Claudio Ojea on September 21, 1947. He believed it was a beautiful church (at one time) and after receiving enough money and contracting the workers, he began reconstruction of the old church. After only 18 months but with a lot of hard work, the church was once again something to be admired. Many changes were made but some of the original pieces remained. The re-inauguration was on Sunday, August 21, 1949.
In 2001 Father Miquel Vatus began a thorough cleaning up of the church which included a new paint job using the colours from the original construction, yellow and white with blue trim.
The procession of the Patron Saint Joaquin takes place on August 16 in the town of San Luis. The church is located on the main street. You can't miss it, the street isn't very long and as I said, it sits up high. Unfortunately I don't have the hours of operation. 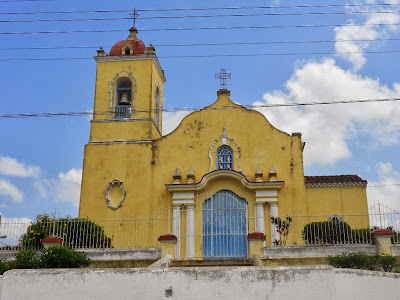 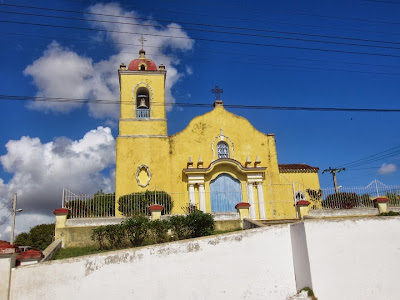 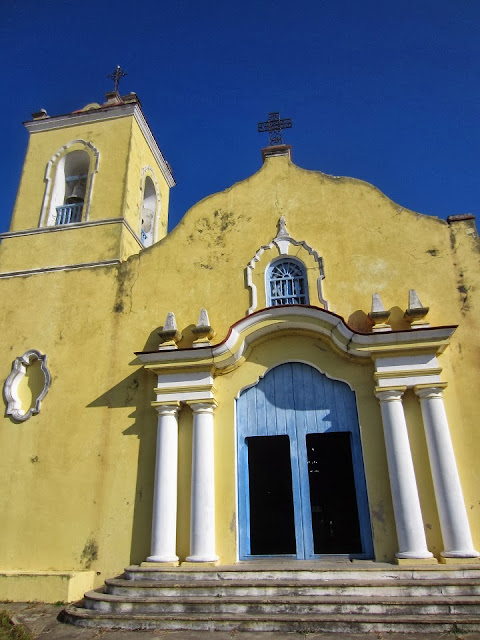 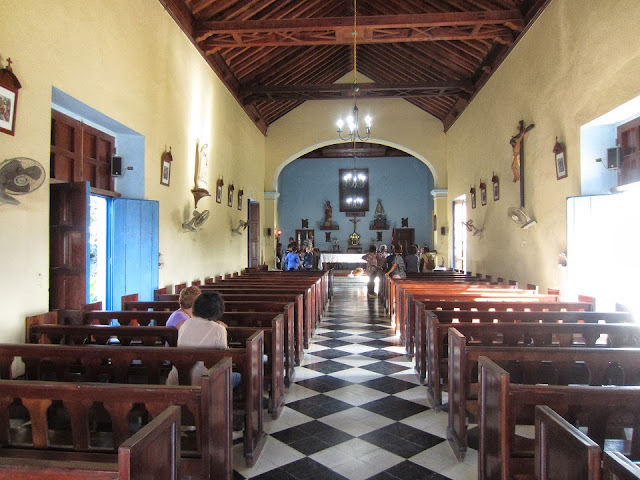 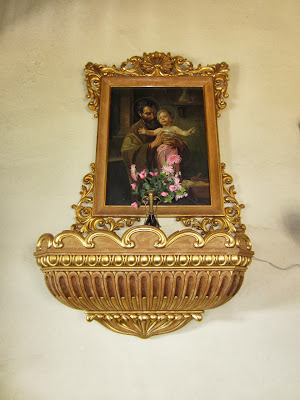 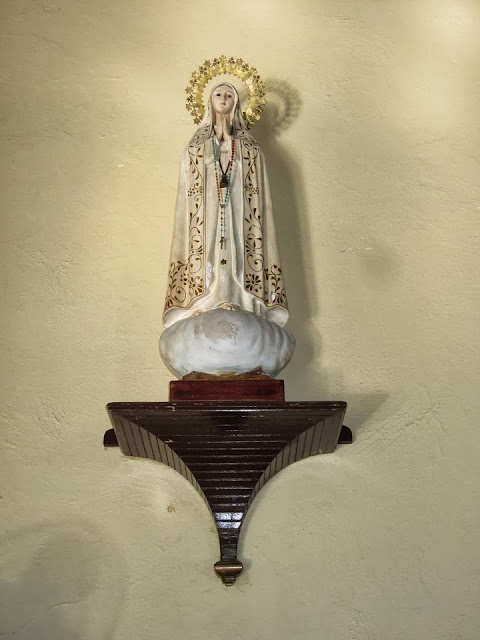 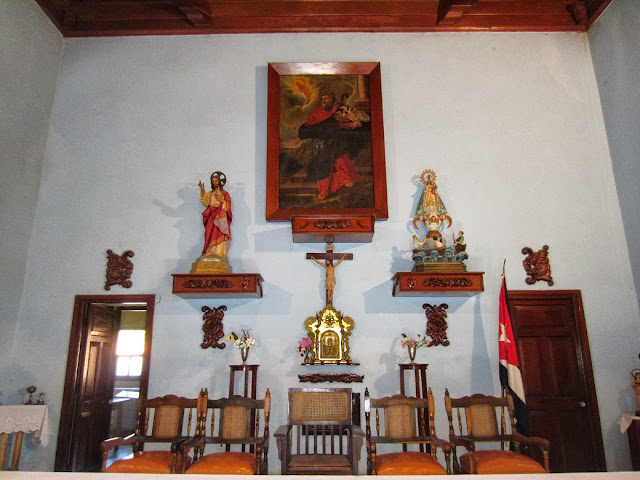 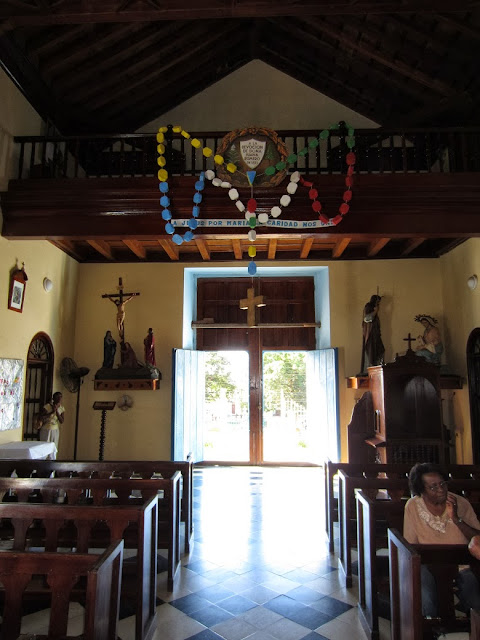 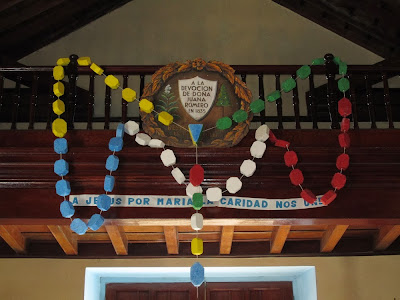 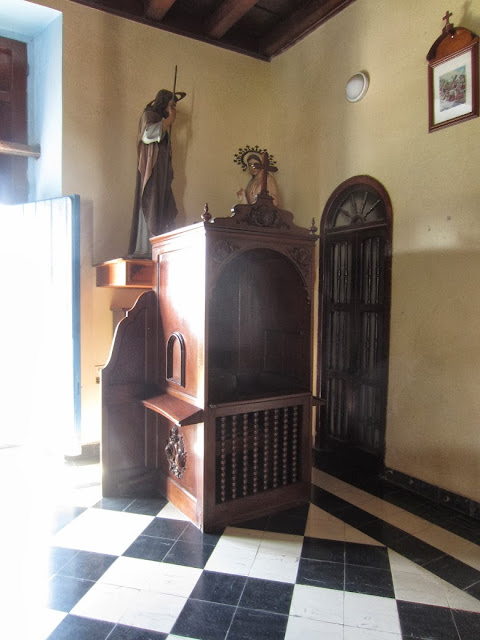 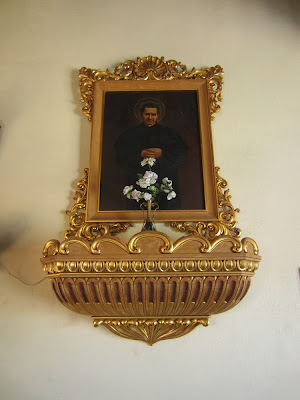 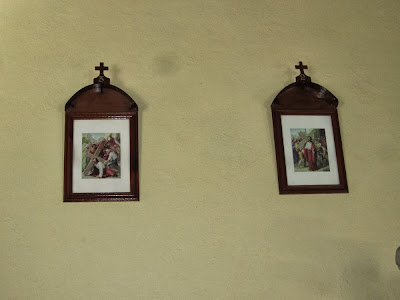 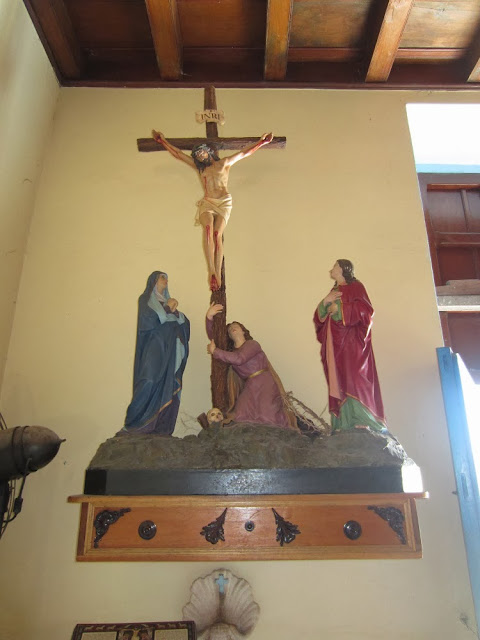 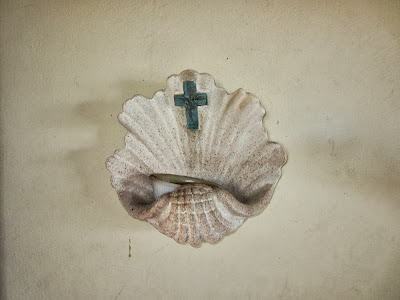