La Iglesia de San Francisco de Paula is one of the most important monuments in Cuba both for it's Artistic and Architectural values. It was constructed in 1668 to act as the chapel for the 'Hospital de San Francisco de Paula' that was once located next to the spot where the church now stands. At that time the hospital had 30 beds and was one of the most important in the city. In 1787 the hospital was expanded, it's specialty was maternity.
In 1940 the hospital was demolished but the church was left standing. After 1955 the church building was used for other purposes but not religious. Not long after that the church was abandoned all together and so began it's decline. When in 1990 the church was taken over by squatters, who used it as a residence, the church really began it's deterioration. Shortly after that the Cuban Government and the Office of the Historian of the City of Havana took over the building and restored it to it's present state by October 2000.
Today the site is used as a concert hall for groups playing Classical Music and as an Exhibition Hall for Contemporary Plastic Art and Religious Themes by Cuban Artists. You can see in the photos below the Procession of Jesus Christ have been painted by Zaida del Rio and there are other works done by other artists as well. Also in photos below you can see the ruins sticking out of the ground to the back and side of the church. This used to be a cemetery where they buried the patients that died in the hospital.
It's a great way to kill a few more minutes while taking your walk along the Avenida del Puerto....you're nearing the end. 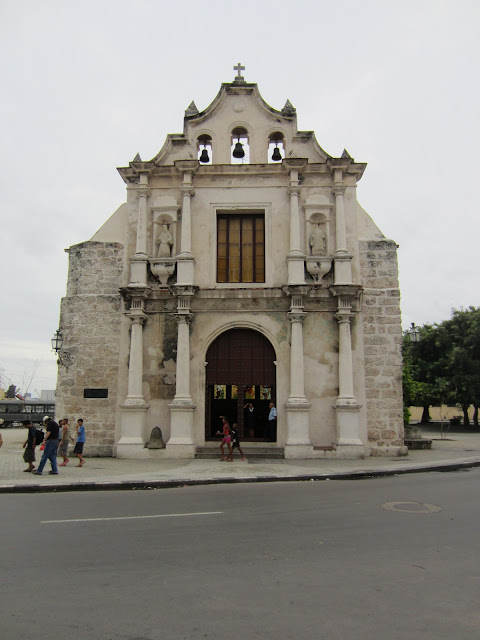 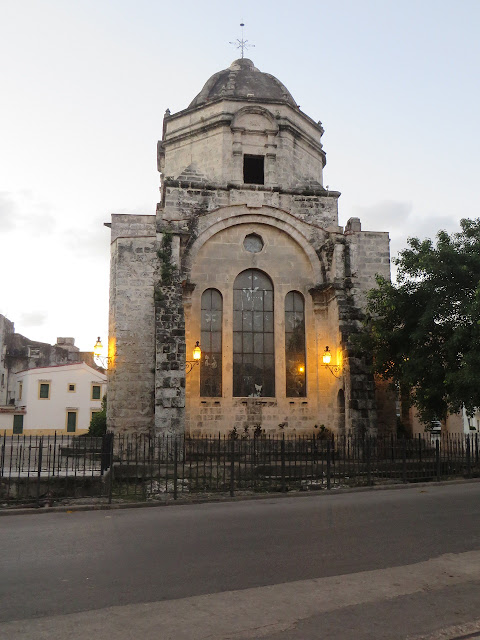 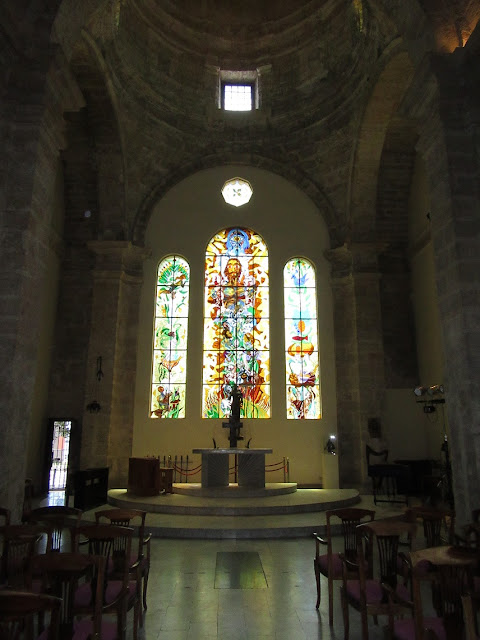 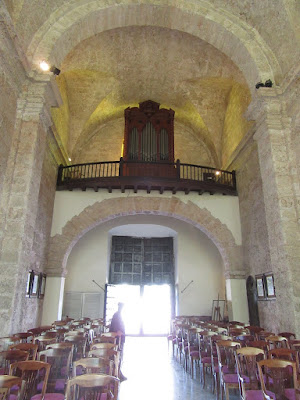 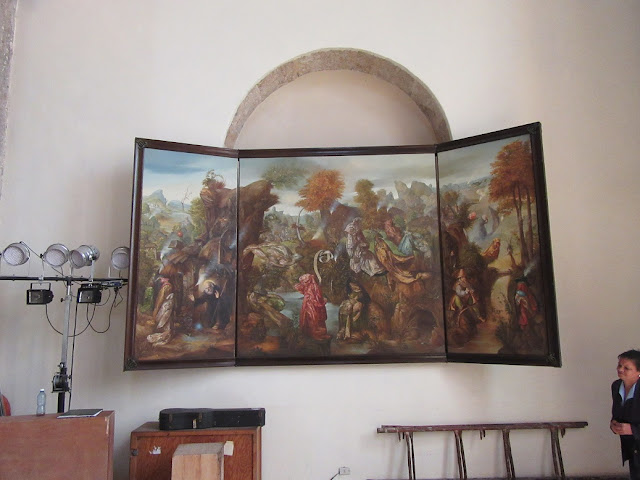 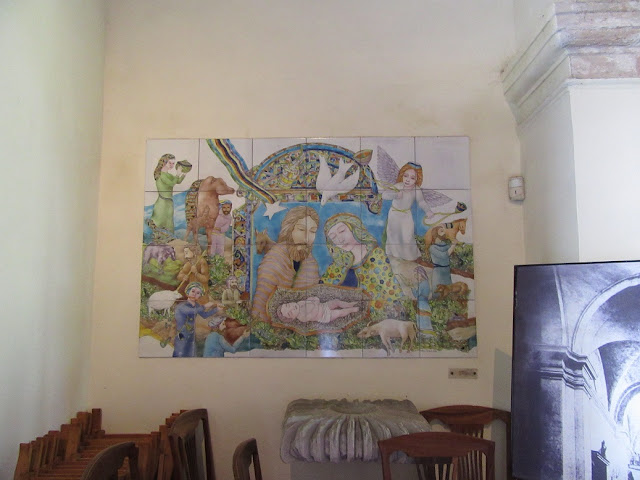 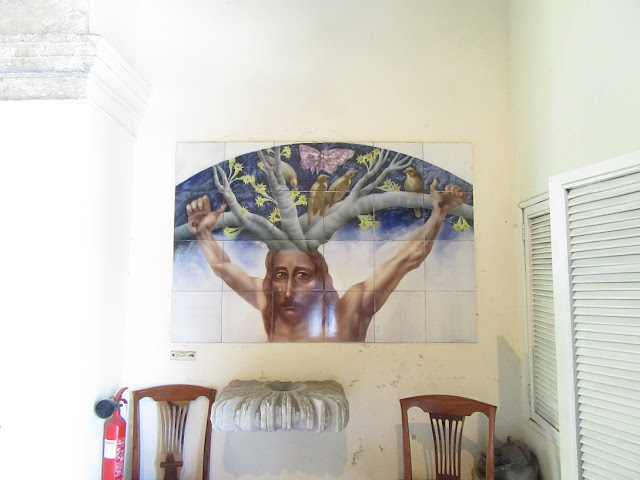 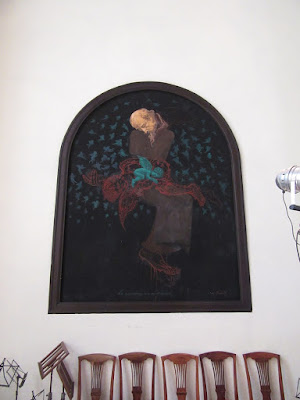 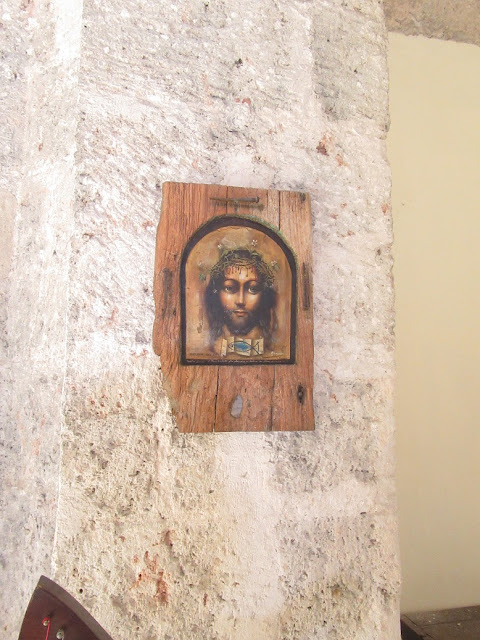 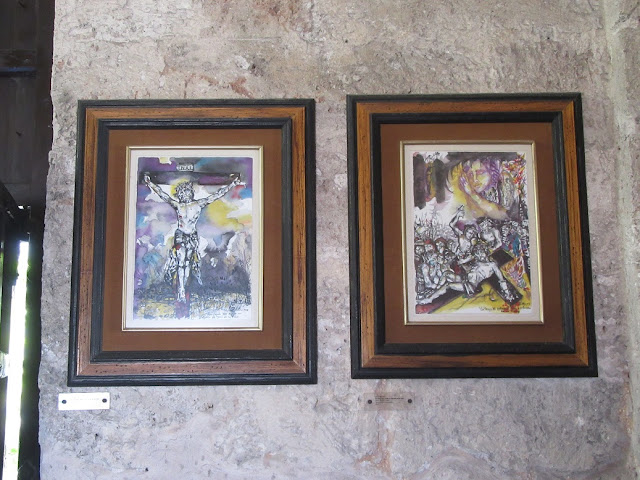 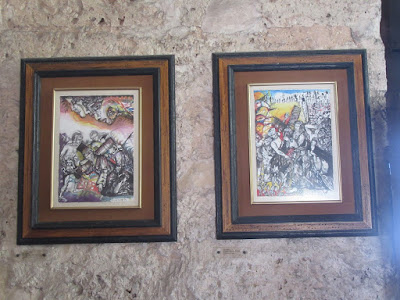 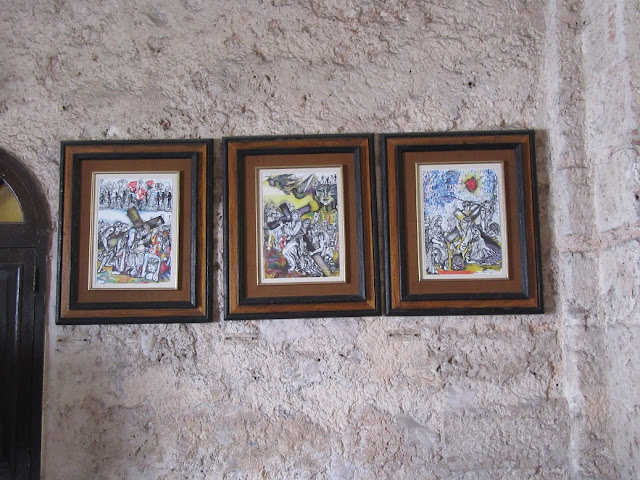 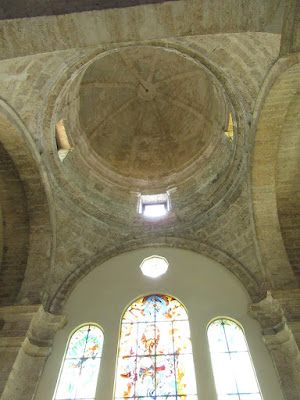 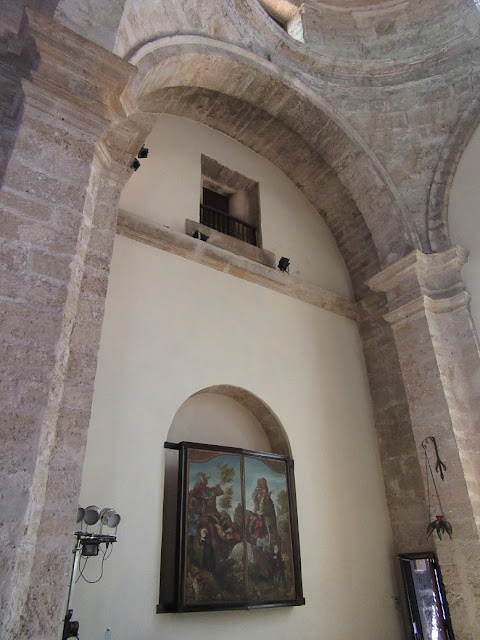 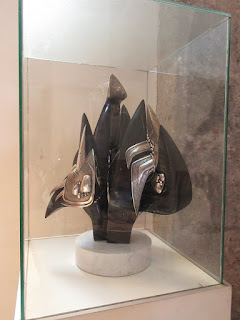 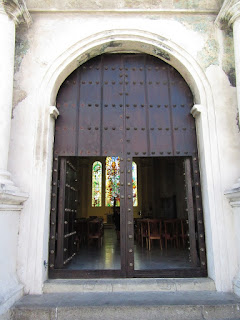 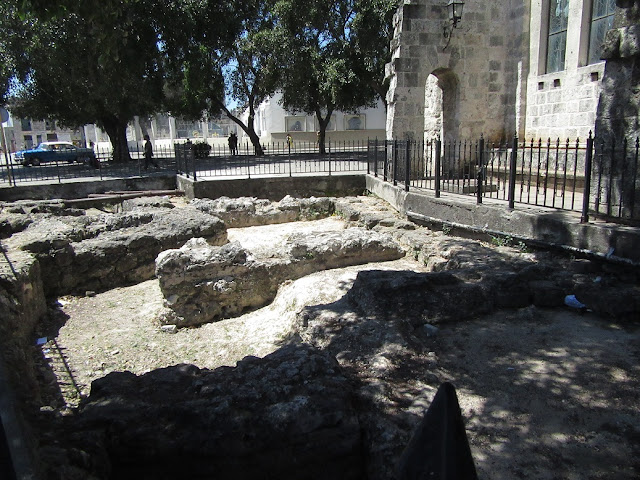 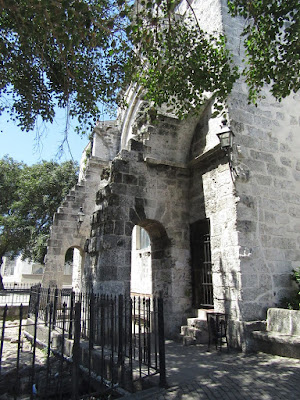 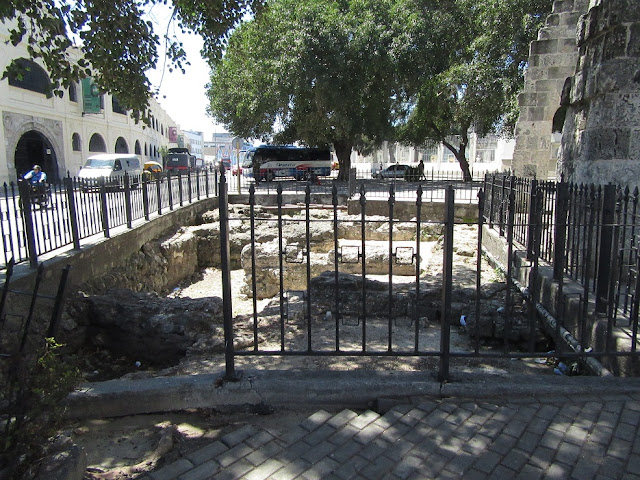 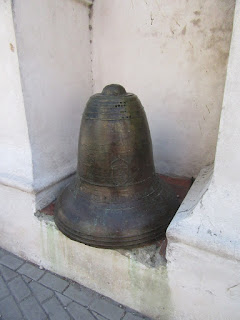 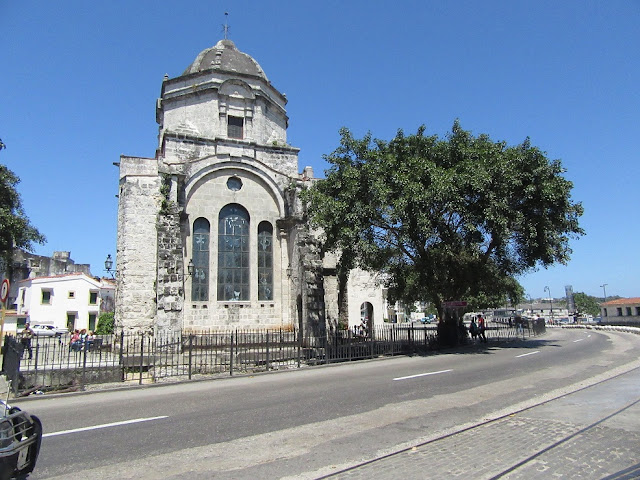 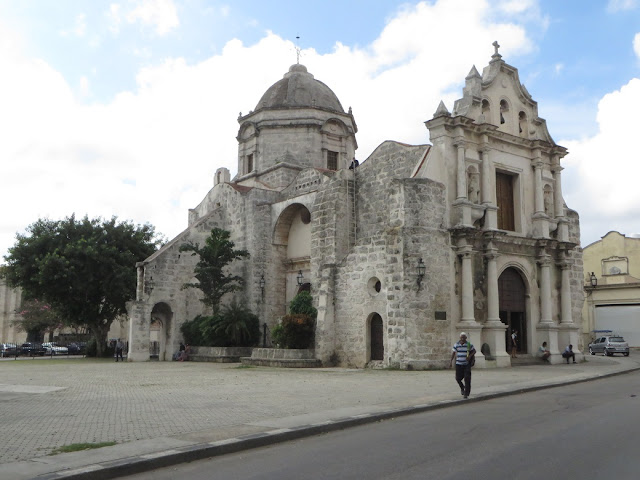 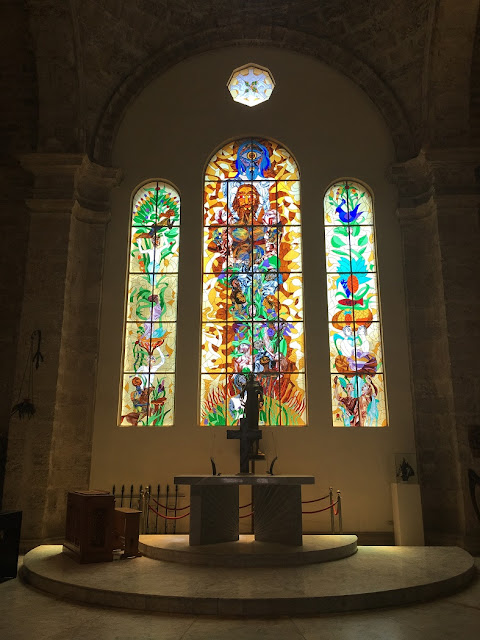