A couple of months ago, someone had asked about this restaurant and at the same time a Cuban friend of mine had told me this same restaurant was a must visit. So, I decided to give it a try on this trip. We decided to go dinner time and the place seemed to be out in the middle of nowhere. Actually it sort of was in the middle of nowhere. Travelling at night and in the Playa district, there aren't many street lights, which adds to that feeling. If you're coming from Habana Vieja, it would probably be a 25-30 minute drive. On this trip I was staying in Miramar and it was maybe a 10-12 minute drive. The house (it's a paladar) is in what looks like a beautiful neighbourhood (remember it was dark) with huge houses that were built around the 50's. The house the restaurant is in was built in 1957. The restaurant itself is only one year old.
Upon entering the restaurant we were welcomed warmly by everyone we met and were given a tour of the entire restaurant grounds. I was even brought upstairs to the owner's living quarters and shown the lifesize Santa Claus that was in one of the bedrooms. The outside tables were set up in the backyard which had a pool and also a special table for two which they called the lover's table (I'll let the pictures talk). We walked through the kitchen to get to our private dining room (extra 25cuc for the room) and were introduced to the chef. At no time did I get any feeling that we were intruding. In fact, the chef said he was happy for us to come through and that they had nothing to hide. The private room was set up with our table for 7 but was large enough to accommodate a few more. It had a private bathroom, dry bar and this was where the wine room was located. You had direct access to the kitchen and the main dining room. Their dishes and glasses even had their logo on them. The table set up was at par with any of the top hotels in the country. It looked like it was going to be an expensive evening but once I got the menu I realized it wasn't that bad at all. Before dinner the owner came by to say hello. A pleasant man who gave us a short version of his life story. The name Carruaje means carriage and the reason for the name is because the owner began building them a few years ago. Fidel even owns one of his creations. He began by building one for his son and it took off from there. There are several located around the island and a couple in front of the restaurant.
While deciding what to eat, a complimentary plate of chicharones was placed in the middle of the table. Chicharones are fried pork rinds, very popular in Cuba. It's not healthy but very tasty. It's not something I have too often and only in Cuba. At times they might be a bit hard but these were fried to perfection, nice and crispy but not over done. A nice little snack food to go with our Bucanero beer.
For appetizers we had: Tostones Rellenos (stuffed green plantains) stuffed with tuna and blue cheese, Eperlan de Pescado (breaded and fried pargo strips) and Frittura de Malanga (from the potato family, mashed and fried) stuffed with ham. All were quite nice but the fish strips and malanga were the hits­. As a main course I had the lamb stew and my date had the filet mignon. The lamb was cooked in a red wine sauce with onions and peppers and was very tender and tasty. A few pieces were nervy but there was way more than I could eat. The filet mignon was cooked perfectly but was a little tough (just a little) but unfortunately that's how Cuban beef is sometimes. There were a lot of nice choices and I'm looking forward to trying the Rabbit or the Whole Fish next time. Vegetables and white rice were placed in the middle of the table for everyone. The vegetables were not great but they aren't the forte anywhere in Cuba. For dessert I had the Mame ice cream. I discovered this fruit a couple of trips ago and love it. The ice cream was made in house and served within the fruit's half shell, yummy. Dinner for 7, everyone had a main course, 2 desserts & 3 appetizers (total), a few beers and 1 bottle of wine came out to 177cuc. I almost forgot to mention, we were also given complimentary cigars that they claimed came from the Robaina farm. Wherever thay came from, it was a nice touch.
I will come back to this place for sure and would recommend others to try it. As I said, a little out of the way but well worth it. Open 7 days a week, noon 'til 11pm. 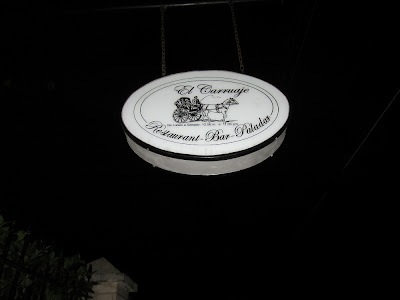 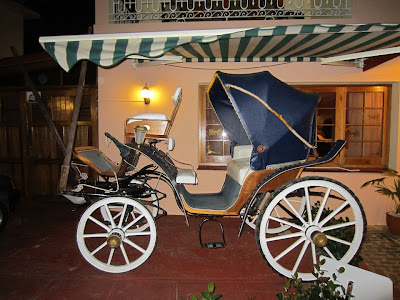 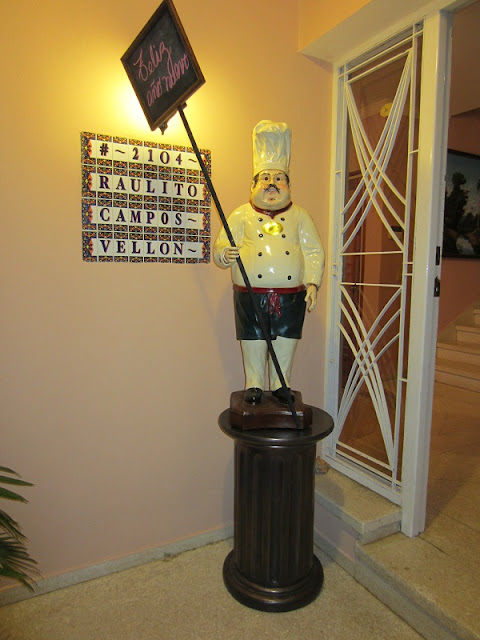 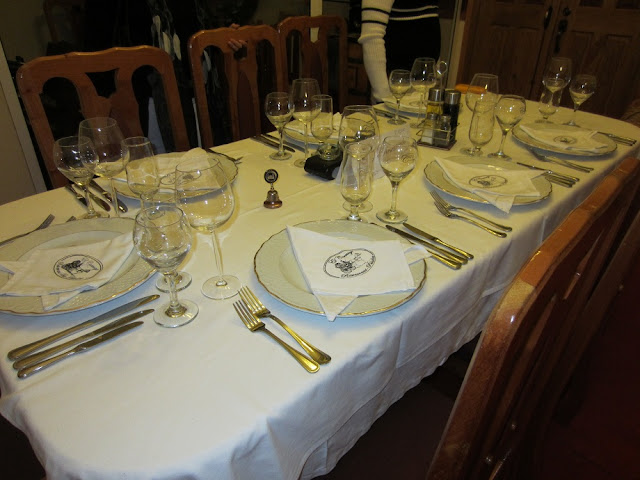 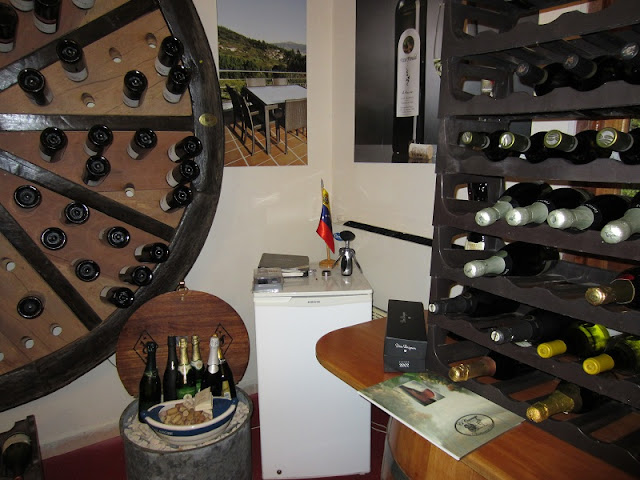 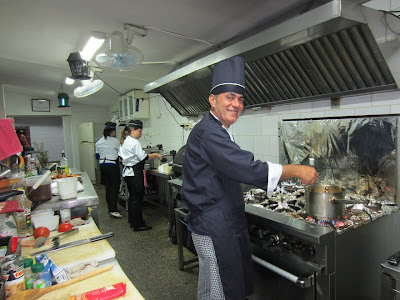 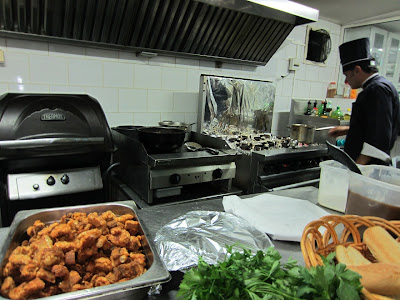 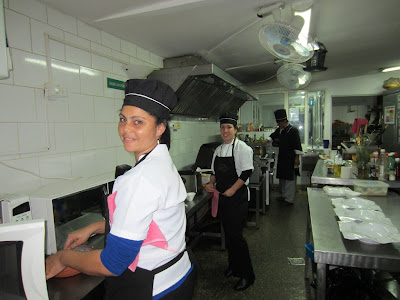 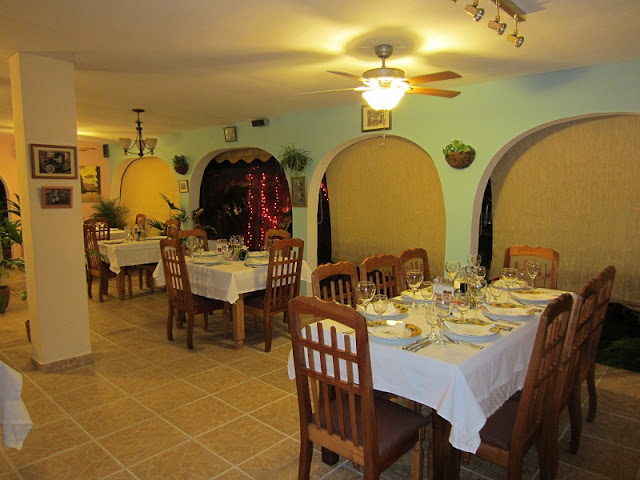 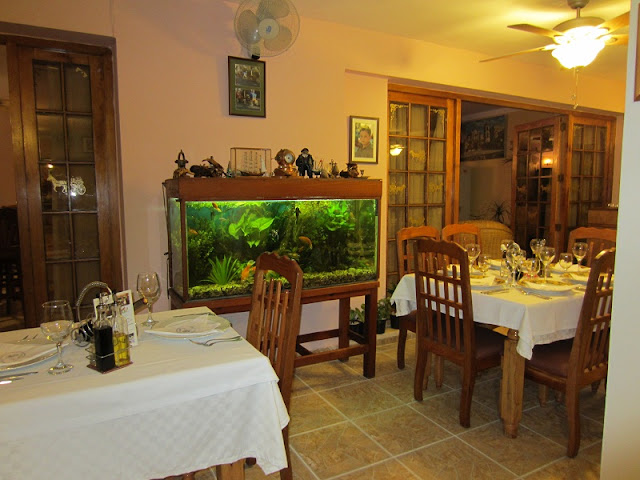 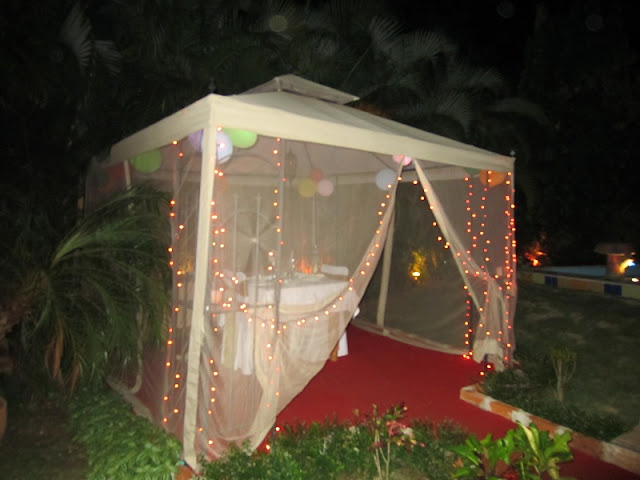 The Lover's table outside. 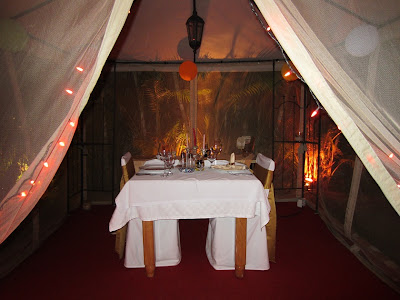 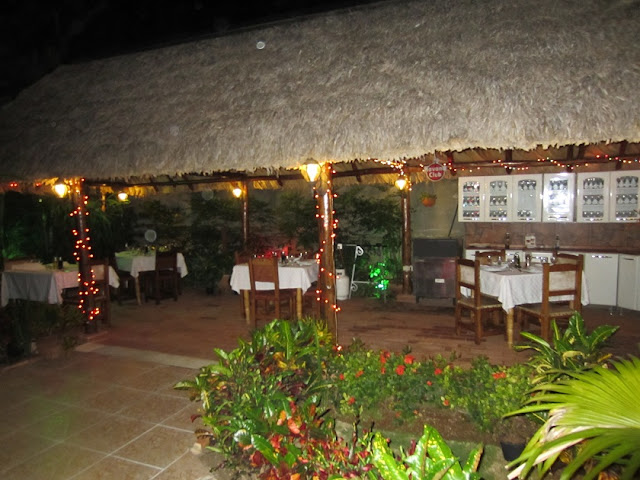 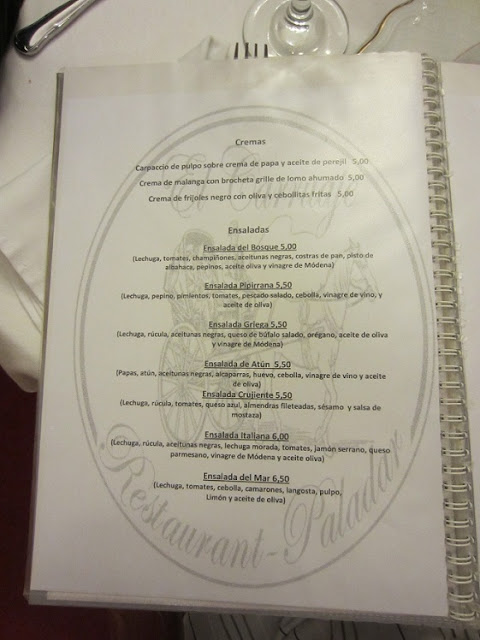 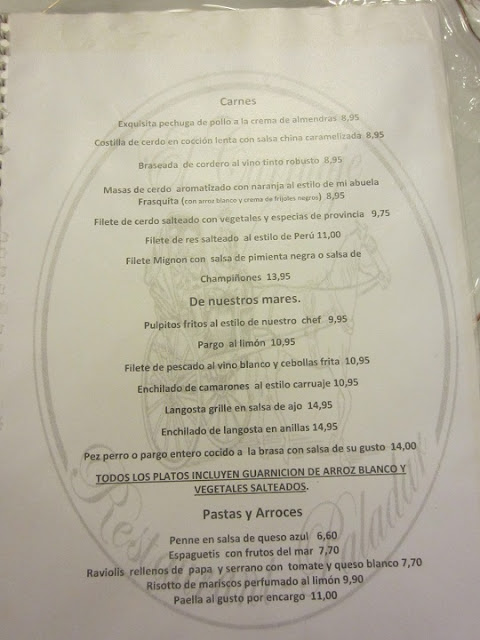 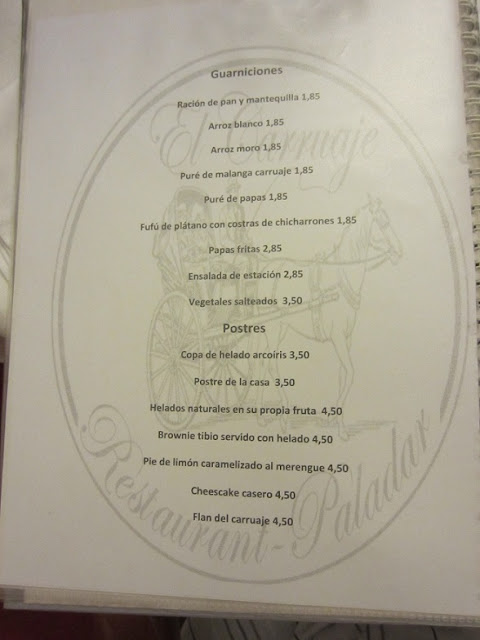 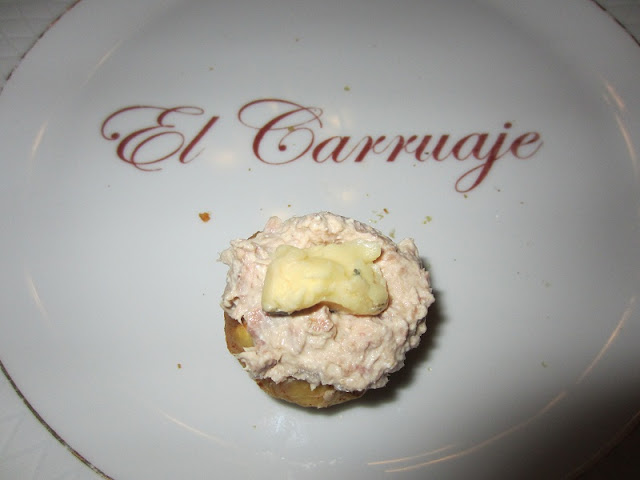 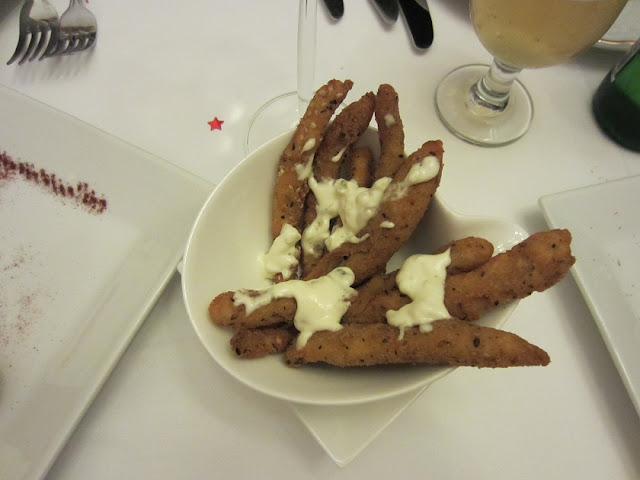 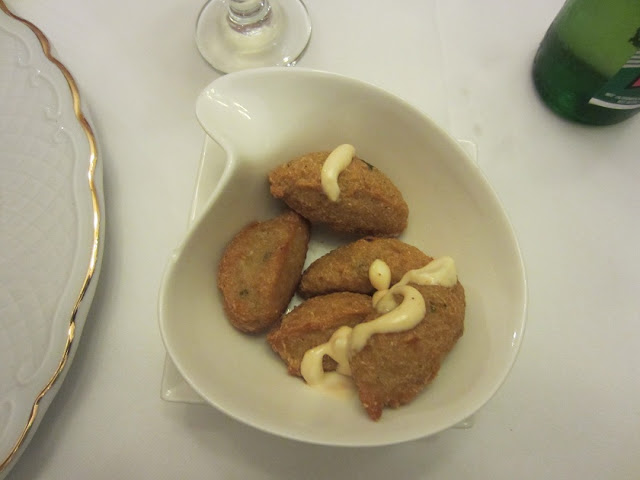 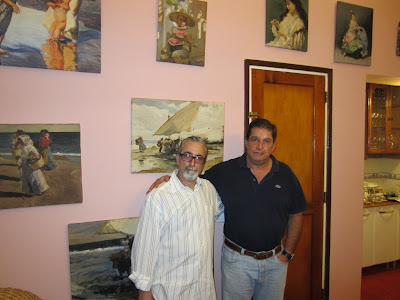 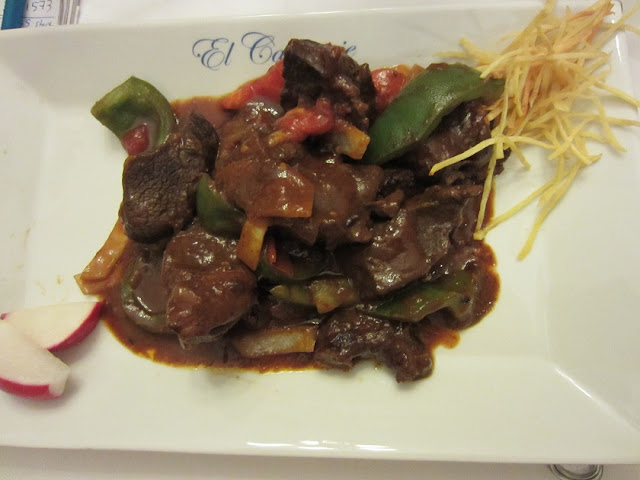 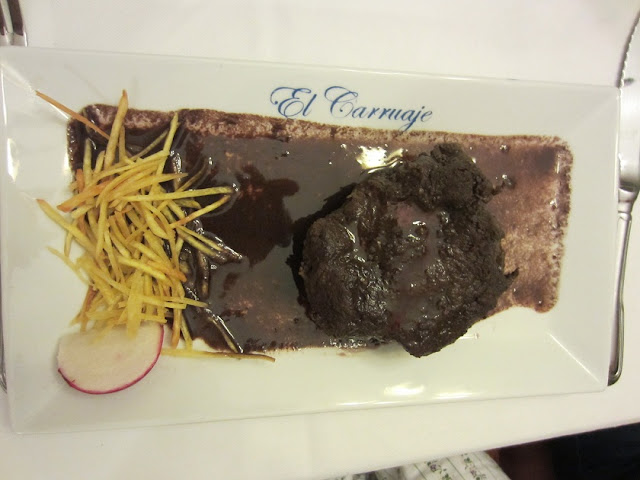 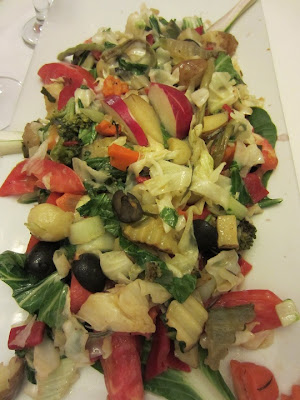 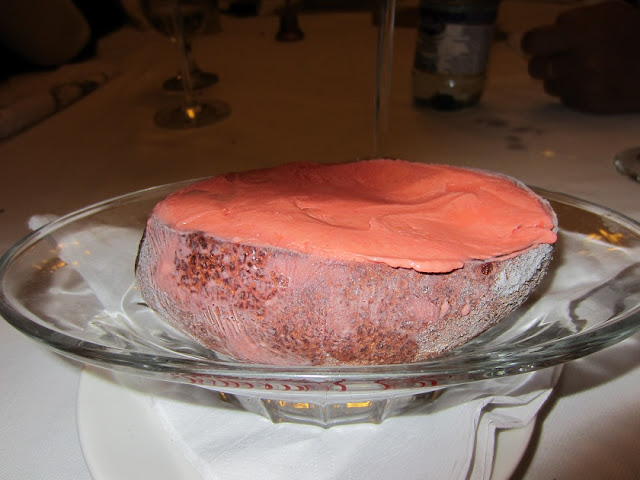 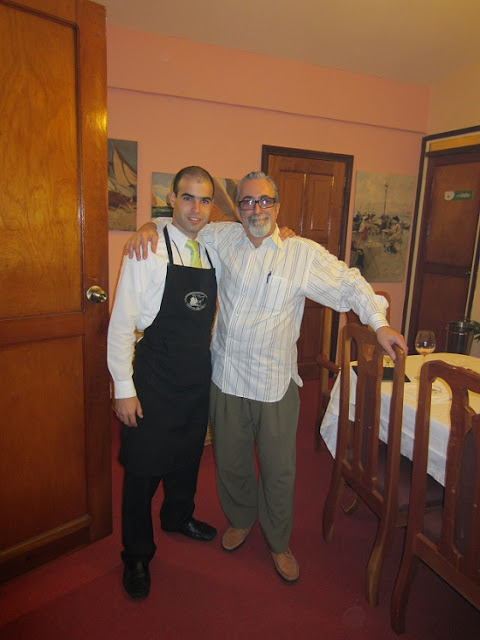 Our Waiter﻿
Posted by matteocigars at 12:04