There isn't really to much said about this church as far as I can see. I've driven by it so many times but because it's on a busy street and I'm always on my way to somewhere, I've never stopped to take a look. After 7 years of driving by it, on this trip I finally walked by it and decided to step in.
It's located on Avenida Salvador Allende (Reina), a street that takes you right into Old Havana by the Parque de La Fraternidad that's next to the Capitolio building. You can't miss this church, you see it from a distance with one of the highest bell towers in Havana at 77 meters (253 ft). Built in the early 20th century, between 1914-1923. It was consecrated in 1923. It was built and still run by Jesuits. When you enter this church you enter another world, you don't feel you just left a busy street in Havana. Inside it's dark and peaceful. Know for it's stained glass windows detailing the life of Christ. It truly is something beautiful to behold. This church is also known by 2 other names "Parroquia del Sagrado Corazon de Jesus y del San Ignacio de Loyola" or simply as "Iglesia de Reina". 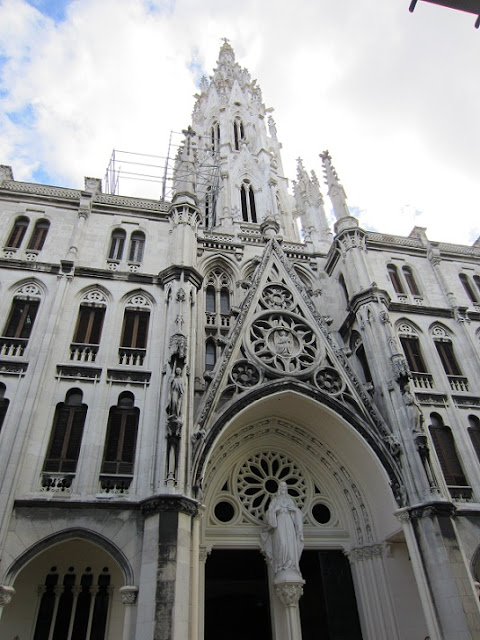 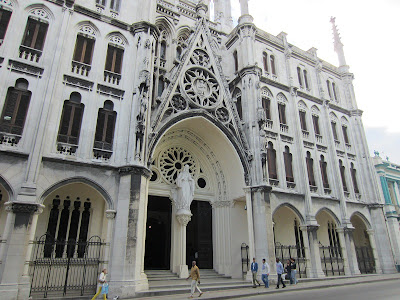 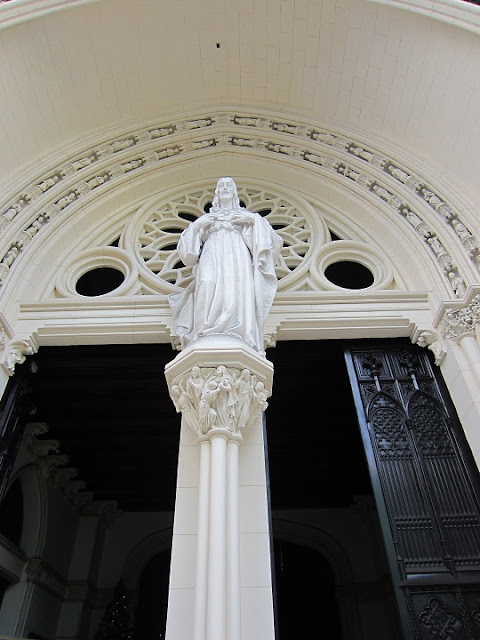 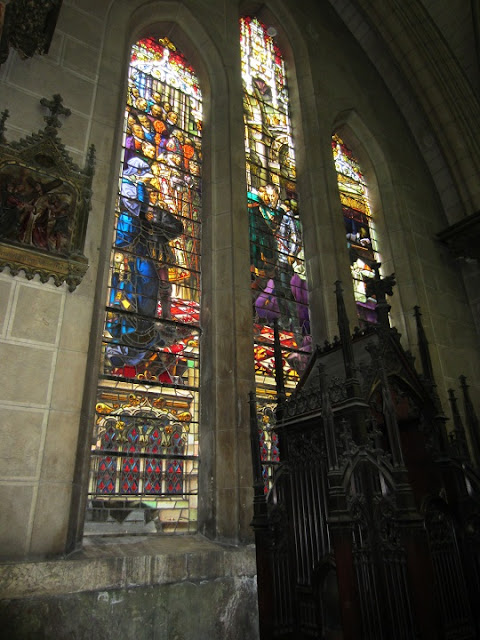 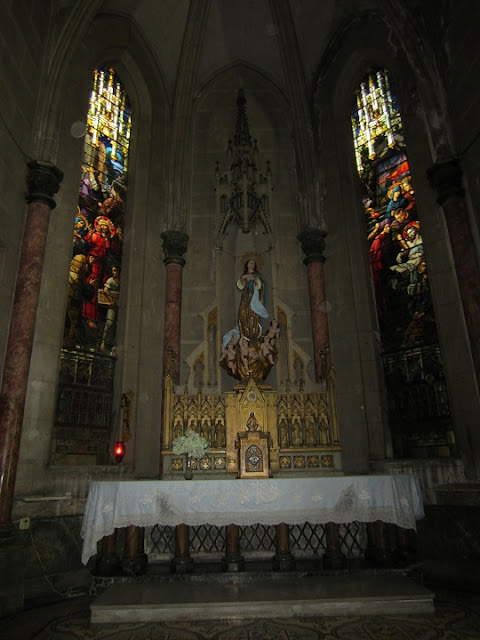 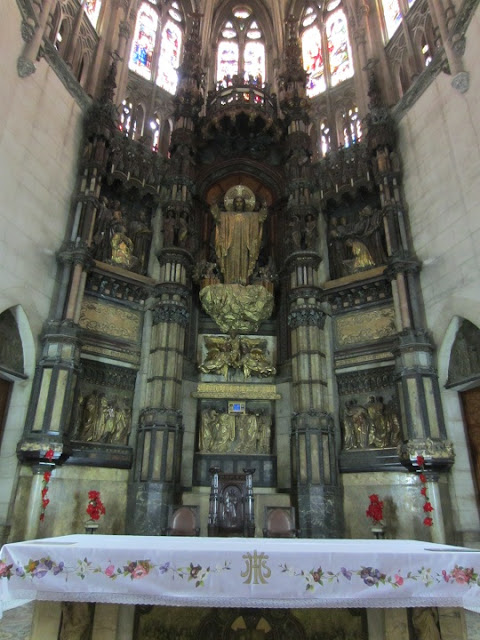 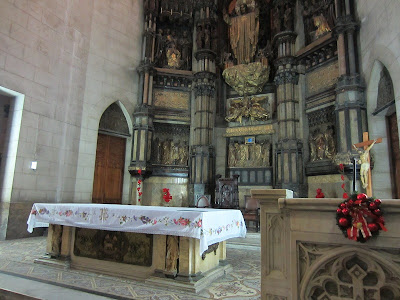 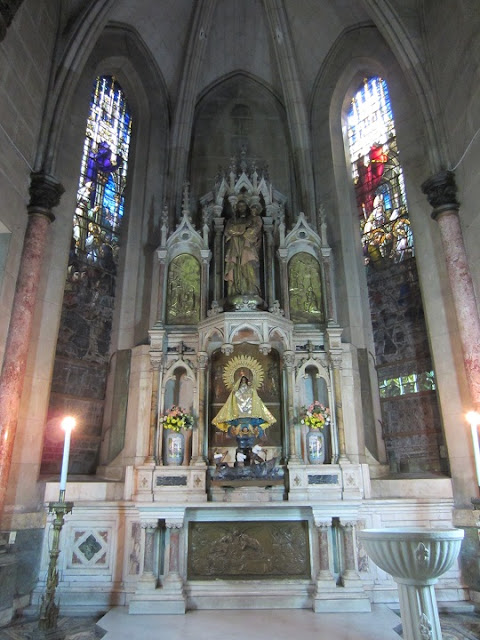 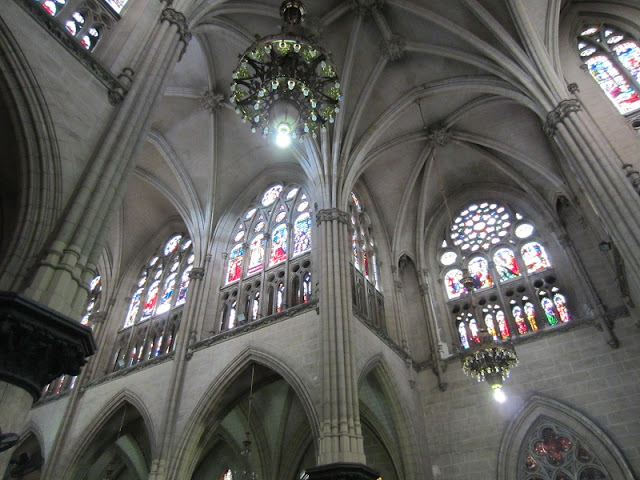 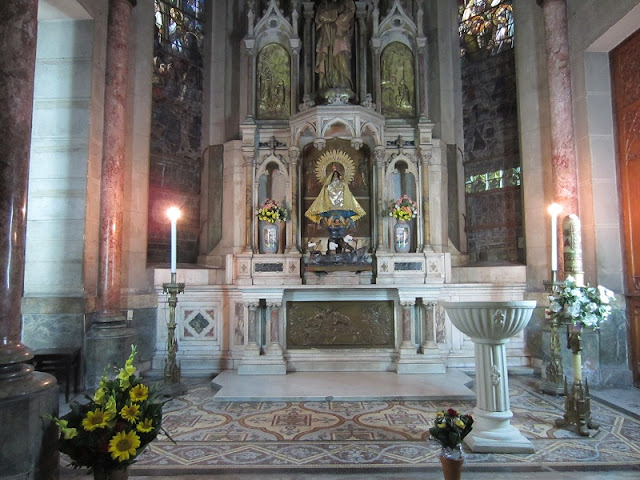 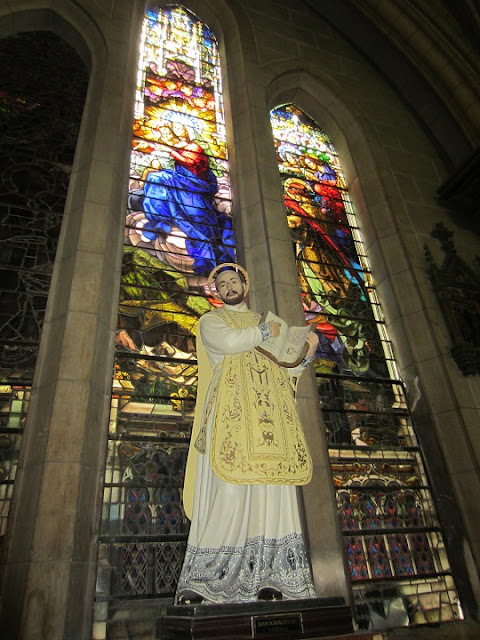 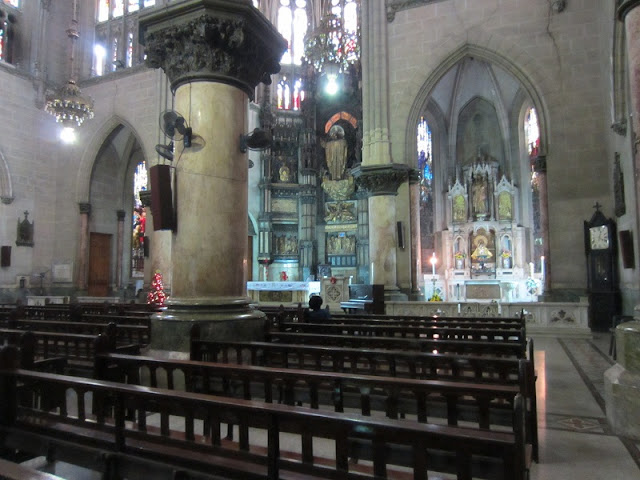 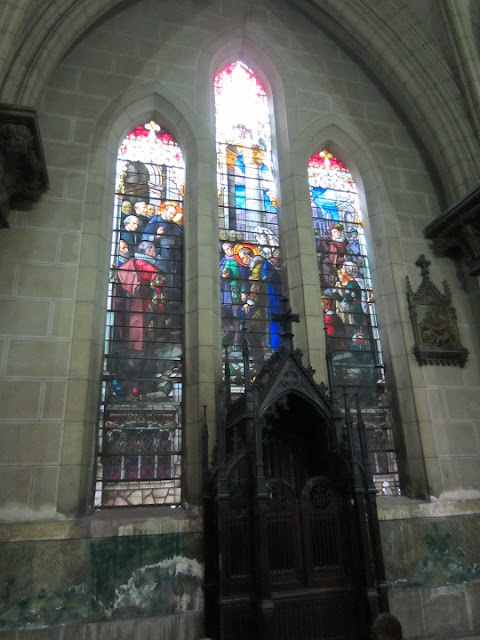 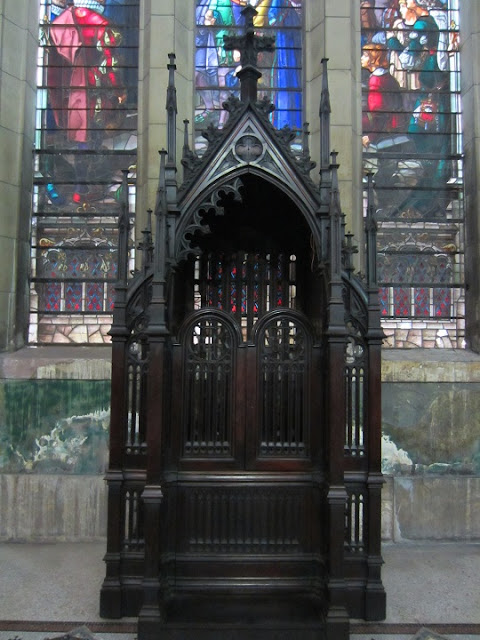 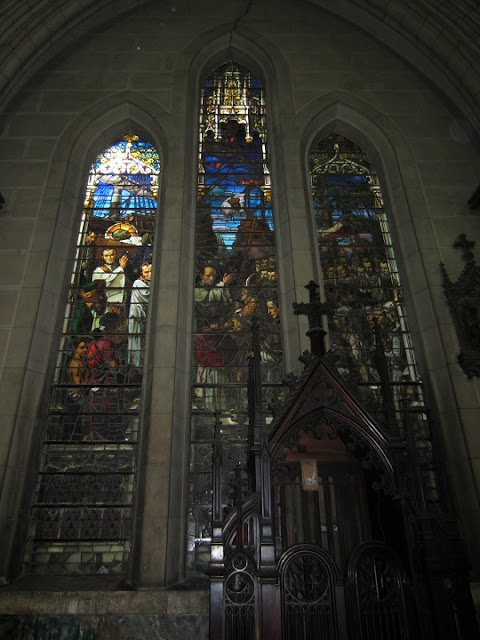 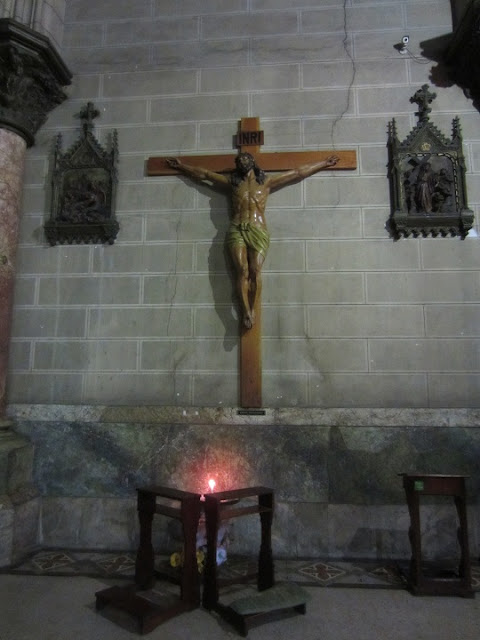 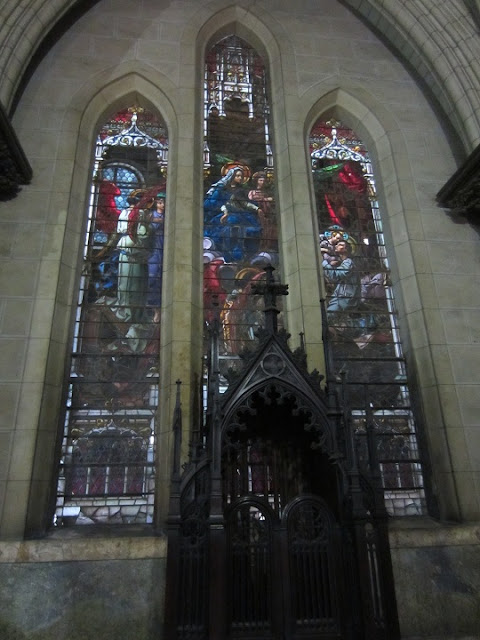 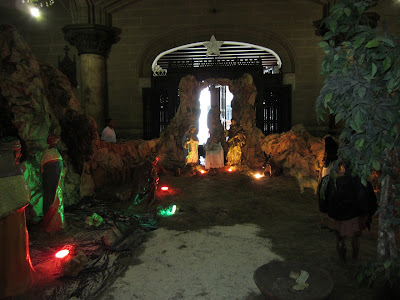