Before 2005 this cigar had no band. Between 2005 & 2008 it carried the standard Upmann band & since 2008 until present day an additional Magnum 46 band was added. I remember having a box of these before they had bands. I remember wanting to have a box of these beautiful Corona Gordas at 46 x 143 (5.6"). After that box.....so many other cigars appeared on the market; regionals, limited editions....and I forgot about the Mag 46. I'm happy to have reacquainted myself with this wonderful cigar. This particular one was gifted to me so I can't tell you how old it was. However, after having smoked it I'm guessing more than a couple of years.
This cigar was as hard as a rock and got me worrying about the draw. It had a light coloured, almost veinless wrapper with a well constructed, bumpy cap. The pre-light draw gave me hints of coffee and wood. Once lit, the draw was just a hair firm. Now tasting chocolate and coffee with a touch of wood. The burn was way off. This was a good solid medium bodied smoke. Once I got about an inch into the smoke the draw was perfect but the burn was still off so I touched it up. At about the first quarter mark the wood flavours began to dominate. As I said, I didn't know how old this cigar was but at this point I realized it must have been more than a couple of years. It was well balanced, smooth, a very pleasant cigar. I enjoyed it more than the Magnum 50 I had recently.
The ash fell on it's own at about the halfway mark and it looked like it was burning well as it left a nice pointed ash. Past the half, the wood was getting stronger and the cigar was picking up a little strength. Nearing the last quarter the flavours changed slightly to woody and earthy with a hint of hay. The burn has been right on since the halfway mark. Losing the hay now and the earthiness began picking up strength.
Flicked the ash at the last quarter and picking up burnt coffee bean now. This cigar is still burning and smoking well. It tastes like it's going to be one of those cigars I burn right down to the end. Wrapper starting to crack past the last quarter but still smoking well even though the burn is a little off. Almost went out, burning hot through middle now. Went out while I was taking pictures so I relit it but it was getting hard to hold (just as I thought, good to the end). I had to stop, not so much for flavour as for the fact that I couldn't hold it any longer.
One of the better smokes I've had in a while. I was going to make this cigar one of five I smoked last Canada Day Weekend. I'm glad I didn't and gave it the time and attention it deserved by smoking it on this day. This cigar can hold it's own with many of the prestigious cigars I've smoked over the past year. It was an exciting cigar to smoke with the various changes it went through and the draw was absolutely bang on after the initial inch. Definitely a box I want to add to mu humidor. 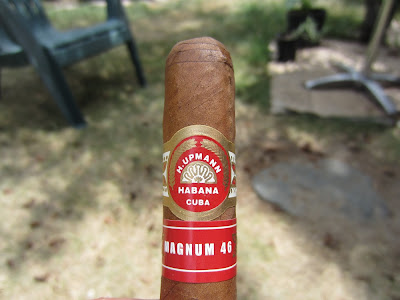 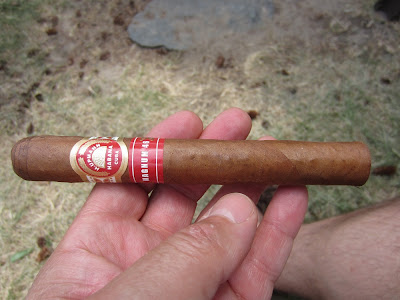 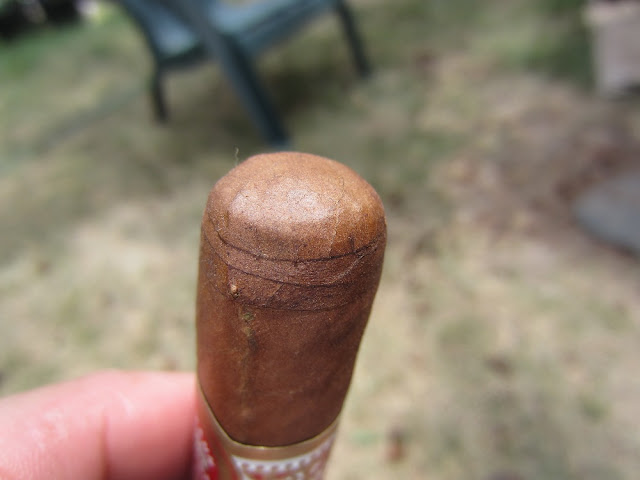 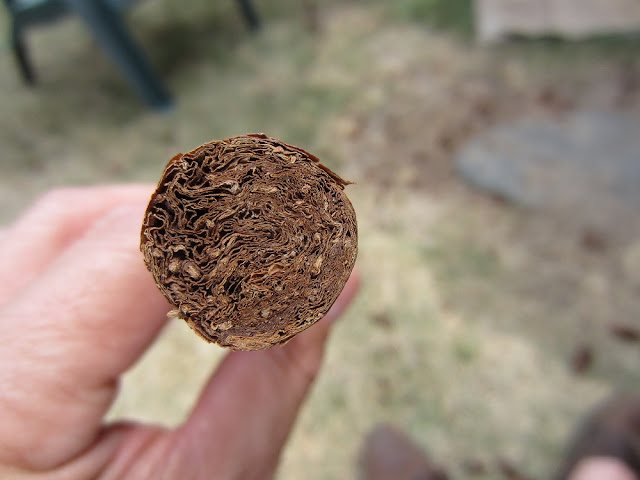 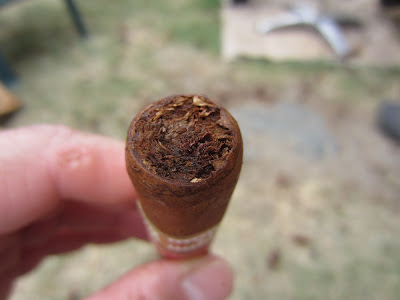 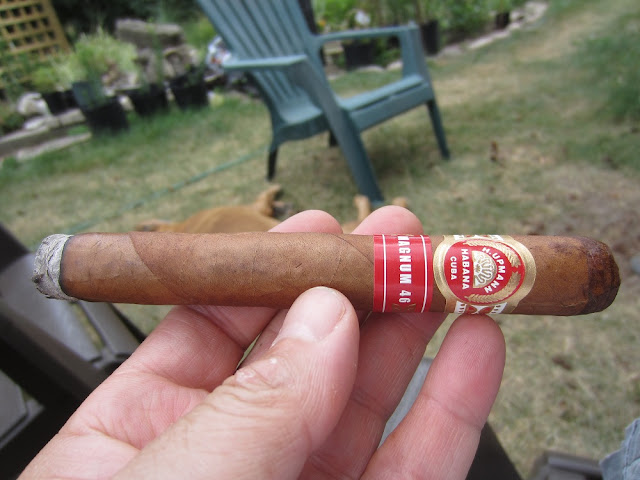 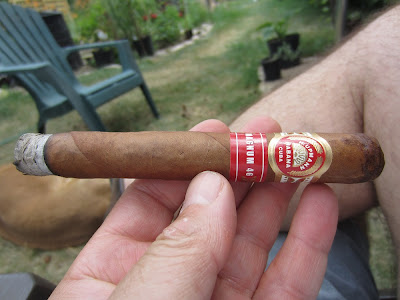 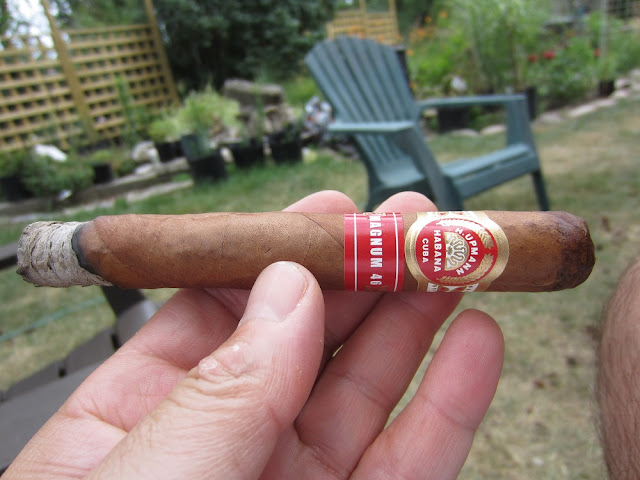 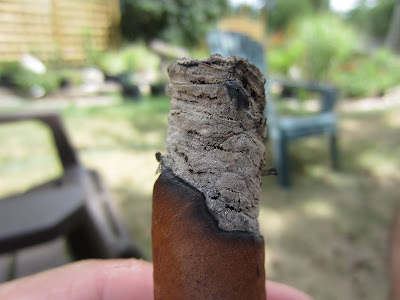 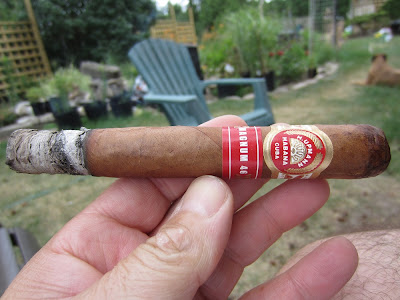 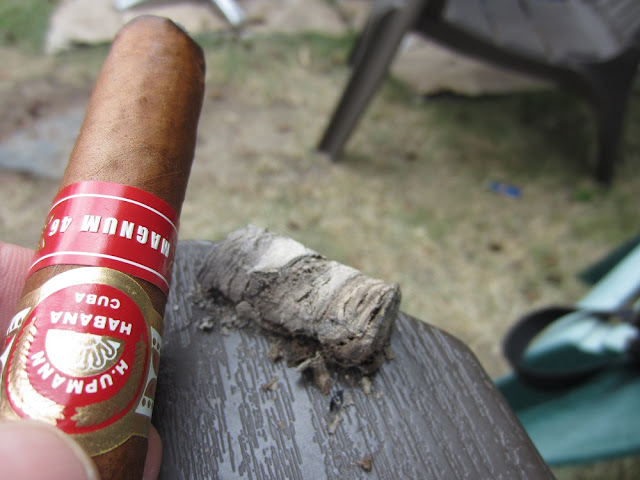 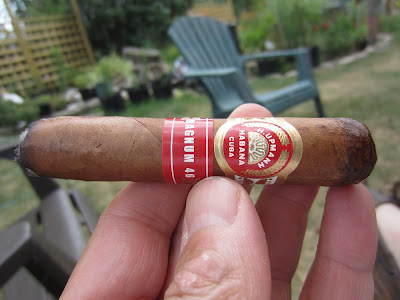 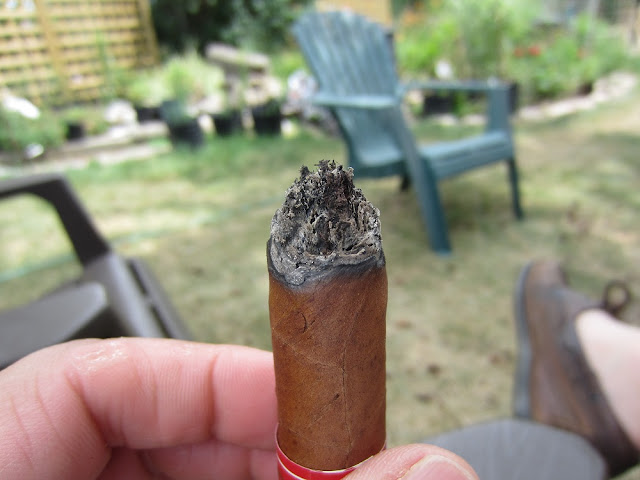 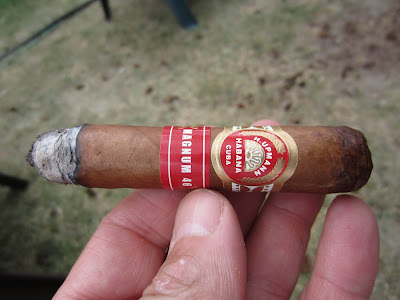 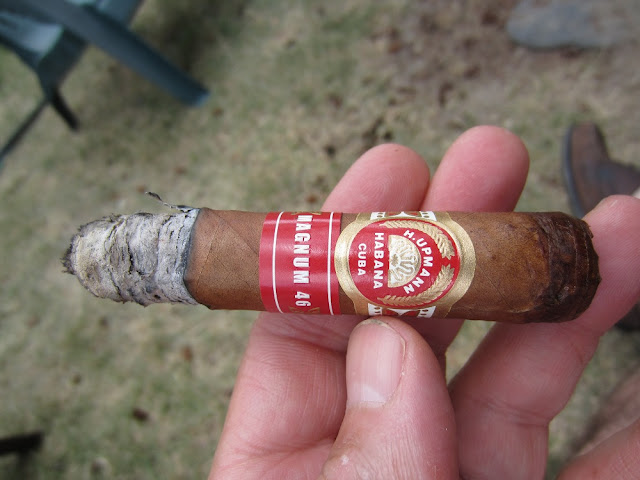 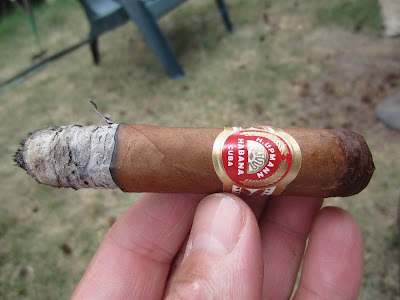 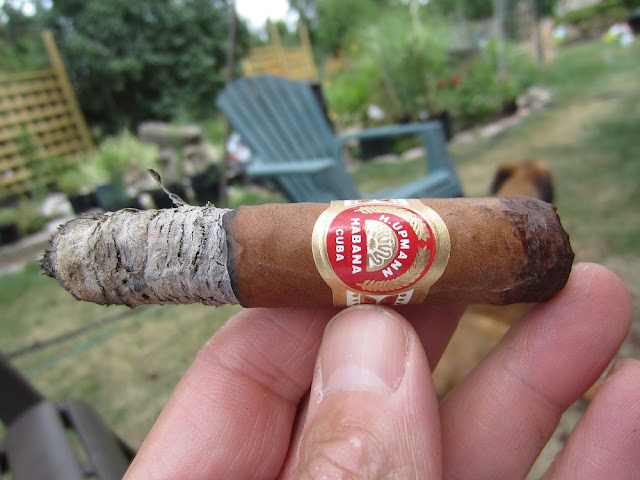 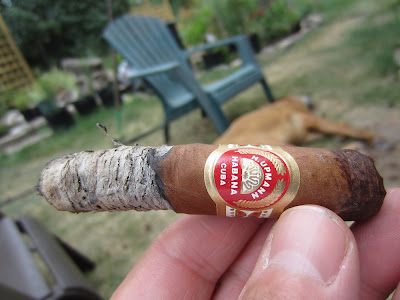 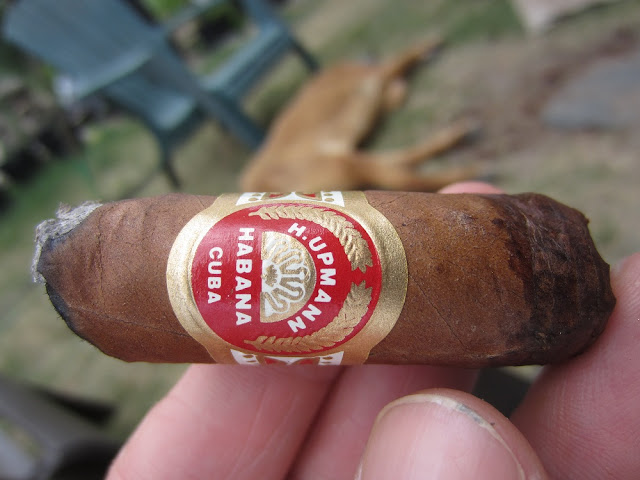 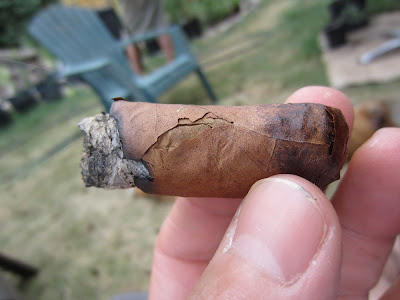 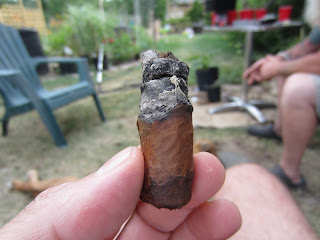 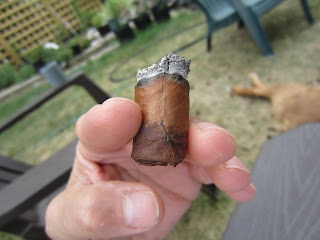 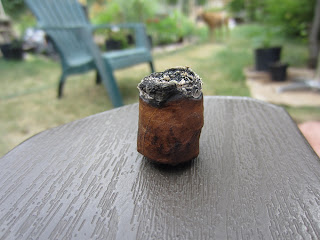