This would be the second review of a series of three cigars, all of which are the Monte #2. I'm assuming this cigar was produced recently but I don't have a box date. It was from a 3-pack that was purchased close to the time of it being smoked. I had it a couple of months ago when the wheather was nicer. A few of us got together at someone's house for a BBQ and cigars. This was a multiple cigar night and I smoked this one just before dinner.
The cigar was hard to the touch with a smooth, veinless, light coloured wrapper. Just a hint of cedar on the pre-light draw and it felt like the draw was going to be a perfect. Once lit, the draw was bang on with subtle notes of cedar. This was starting out as a mild smoke but picked up a little strength by the time it reached the first inch. This was a totally different cigar compared to the Reserva. Besides the fact that the Reserva has a better leaf (and aged 5 years), this was a young cigar from what I could tell at this point. This was when I had decided to compare an older Monte #2 as well. The burn had been off, up to this point, and continued to be as such. The flavours were settling in and at the first quarter the cigar had become medium to mild in strength. There were hints of the Reserva in this cigar but of course nowhere near the refinement or complexity. The wood flavours continued to follow through but I was also picking up an earthy tone and a little tea through the nose.
Into the second quarter now and the burn sort of straightened itself out but I had a feeling it was burning hot through the middle. I flicked the ash and I was wrong, I was left with a nice little cone. Nearing the first half and the cigar continued to burn evenly and began to pick up strength once again. The dominant flavours are still earth and wood. It gets bitter now and again but nothing terrible.
Reaching the last quarter the flavours haven't changed much. This cigar needed a couple of years to rest. The profile is definitely a Monte #2 but needs to shake it's youth off to allow some other flavours to peek through. When I flicked the ash at the last quarter I noted that it was now burning hotter through the middle, dramatically altering the flavour of this cigar. It started to turn on me and at this point we were ready for dinner so I decided to put it down.
I enjoyed this cigar despite it's youthfulness but I've always liked the Monte #2. This cigar's profile has changed through the years, it used to be a much stronger cigar. They say that sometime during the early 90's the cigar became milder. My guess is to make it more appealing to a broader market. Regardless, I don't know what it is but through the years I've always found these cigars to pretty consistent with the current profile and rarely have I had a badly rolled one. 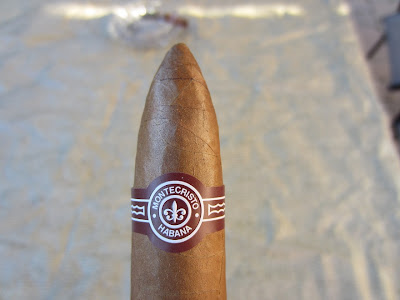 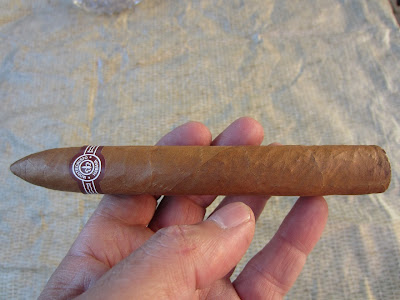 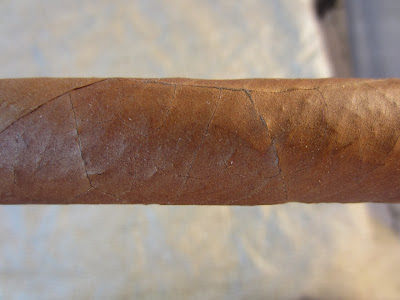 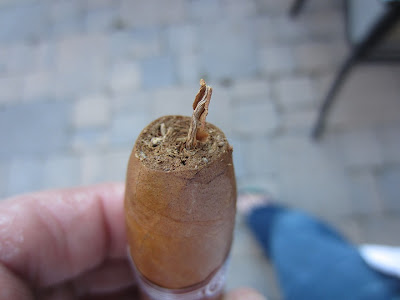 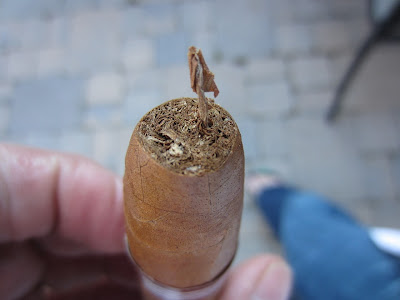 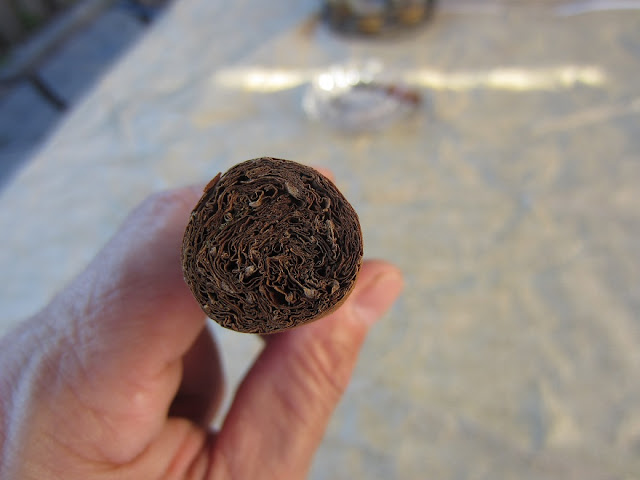 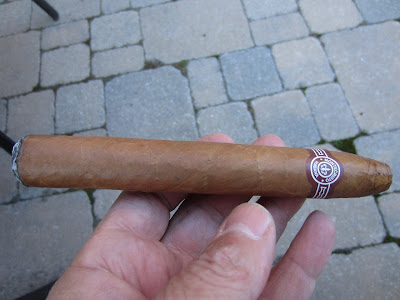 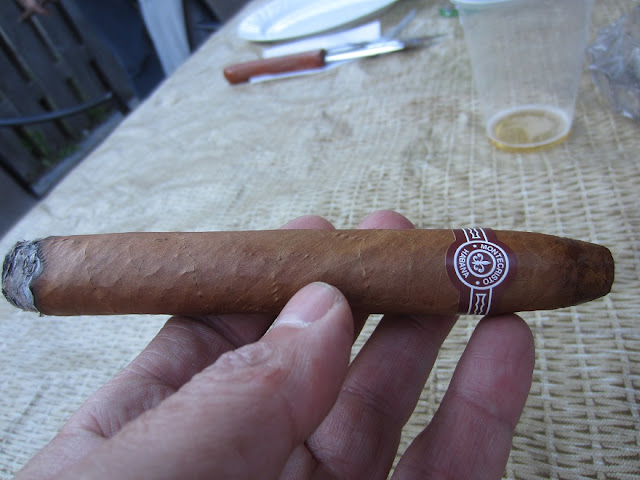 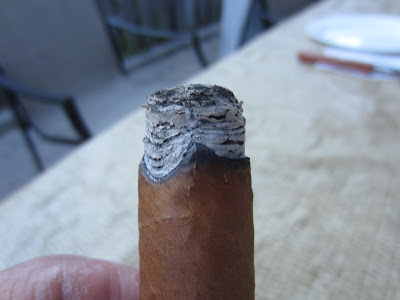 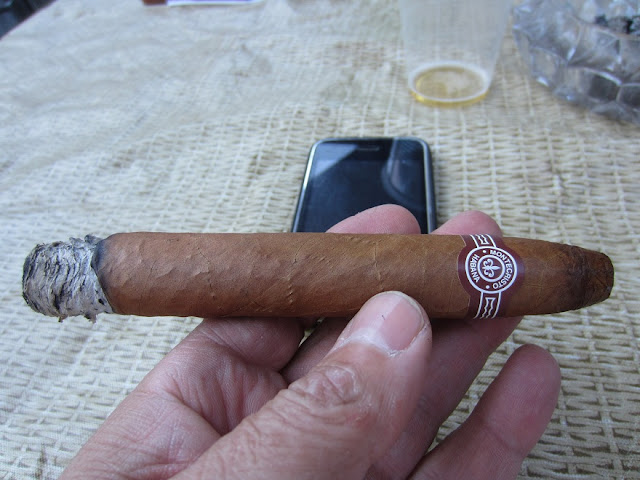 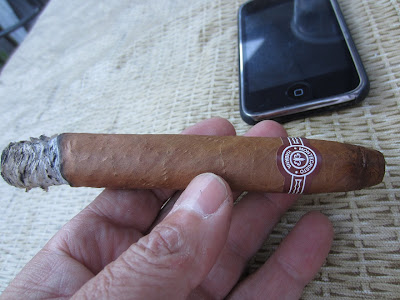 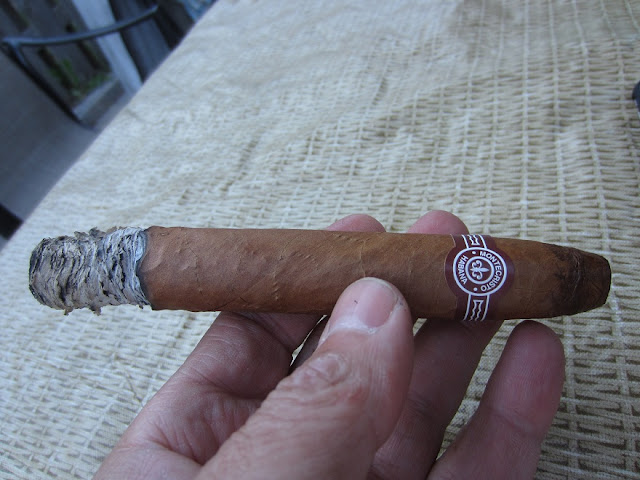 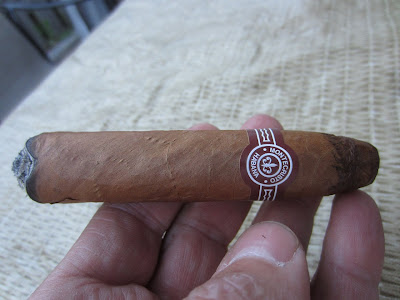 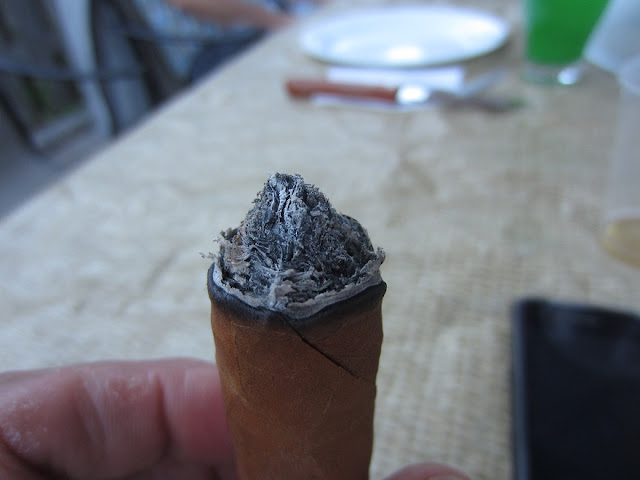 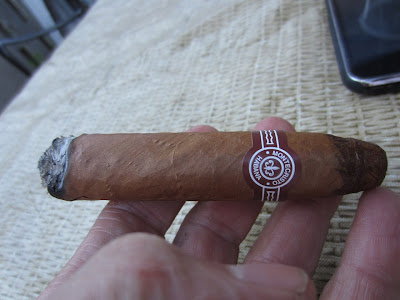 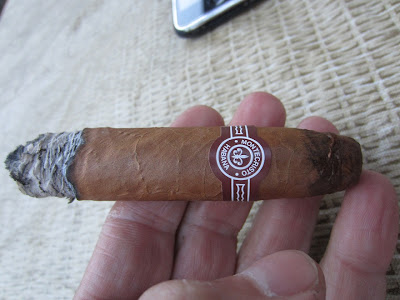 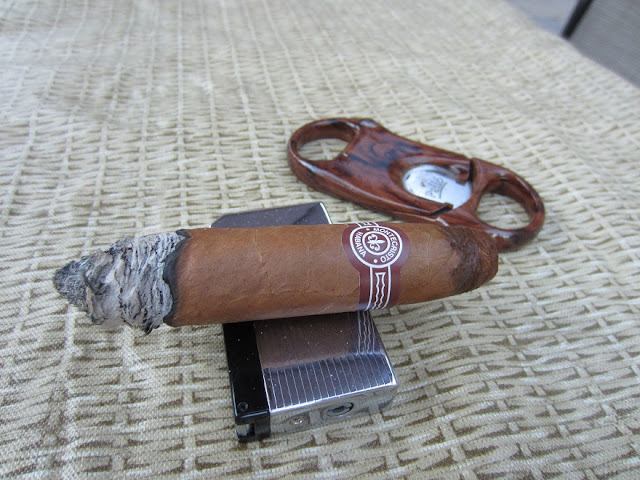 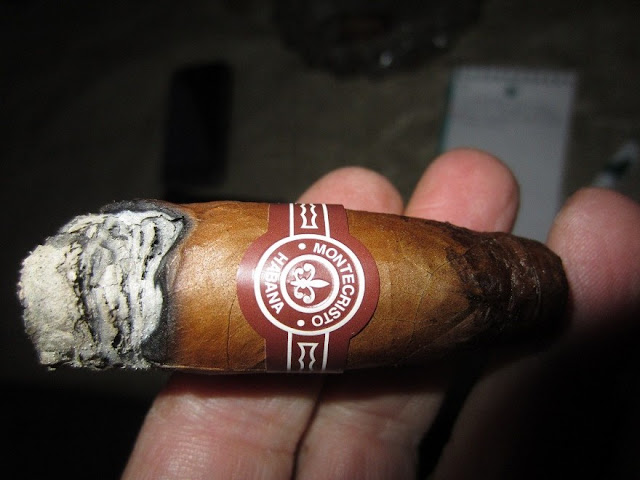 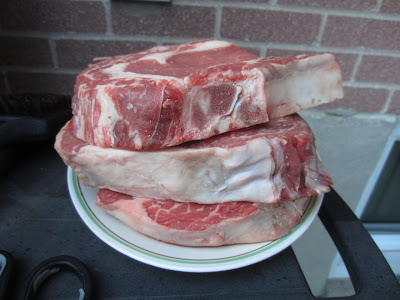 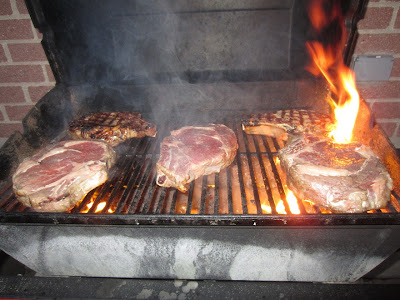