I have often heard talk of the famous Yolanda and how fantastic her cigars are by aficionado friends of mine from all over the world. Most of these people make it a point to pass by her shop to purchase some cigars to take back home when they're in Havana. In many cases they prefer her cigars over the usual banded ones. I have seen Yolanda at the Hotel Melia Habana LCDH, where she works, on previous visits but it wasn't until my last trip that I actually met her and had a conversation. She was just about to leave. It was close to 5pm and she had her car keys on the rolling table, ready. Regardless, she decided to grant me this interview which I was grateful for. That gesture showed me what kind of person she was. So, I picked out one of her famous Piramide and watched her as she got it ready for me to smoke. It would have been ridiculous for me to not smoke one of her cigars while I interviewed her.
Yolanda has worked in this shop for the last 15 years but has been rolling for 45. That's right people, I couldn't tell she was 64 either. She was born in the picturesque little city of Cienfuegos in the province of the same name. It's located in the southern part of the country, right by the water. Yolanda says she doesn't like the noise and dirt of the big city so she chose not to live in Havana. She decided to live 30 minutes outside the city in the small fishing village of Cojimar. It reminds her of back home she told me. It's a fair bit smaller and not as pretty as Cienfuegos but I understand what she means. It was after all, where Ernest Hemingway kept his boat and spent a great deal of his time. Her father was a sailor and her mother a housewife and both have passed away. There is nobody in her family that's in the cigar industry in any way so there is no influence there. All of her family except one brother live in Cienfuegos. She's been married only once but has been divorced for 20 years and has a son that's 20 years old.
She was 19 when she started her career at the H.Upmann factory where she worked for 10 years. After that she went to the Romeo y Julieta factory working there for 12 years and becoming Production Manager before leaving for the Partagas factory where she also was Production Manager. When she left Partagas it was 1997 and she's been here at her present location ever since. It's been a long road for Yolanda to be where she is now. She tells me that to this day she always learning as much as she can so she can maintain her present position. I don't see any issue from my point of view. Anyone that I've heard speak of Yolanda have nothing but good things to say. She loves her work and says it's given her the privilege to travel the world to represent her craft and Cuban cigars. She's hoping to visit China soon to ply her trade as it has become one of Habanos' emerging markets. When asked if there was anything else she might have wanted to do she replies 'no', "I love what I'm doing now and can't imagine doing anything else". She did study medicine for 6 months while she was still in school but obviously took a different path. We're all happy about that because she rolls some pretty spectacular cigars. In 1984, during a competition in Germany, she rolled the world's longest smokeable cigar at 32" and entered the Guinness Book of World Records. In Havana she usually wins top prize for best Piramide, her signature vitola, at local competitions.
Yolanda has the privilege to personally choose the tobacco she's going to use to roll her cigars. She goes to the warehouse at the outskirts of town once a year to pick the leaf she likes. That's a big deal, most rollers don't get that choice and have to take what's given to them. She even has leaf aging in the shop. She's friends with all the rollers who are in the same position she's in at different shops and has even taught a few of them. I was pleased to have been smoking one of her piramides and could see what all the commotion was about. It was a perfect example of a Torpedo with a very pleasant medium body. It hurt me to not be able to buy more but my quota was already full. I will definitely come back for more and would recommend anyone who's in the area to stop in and try one for yourself. 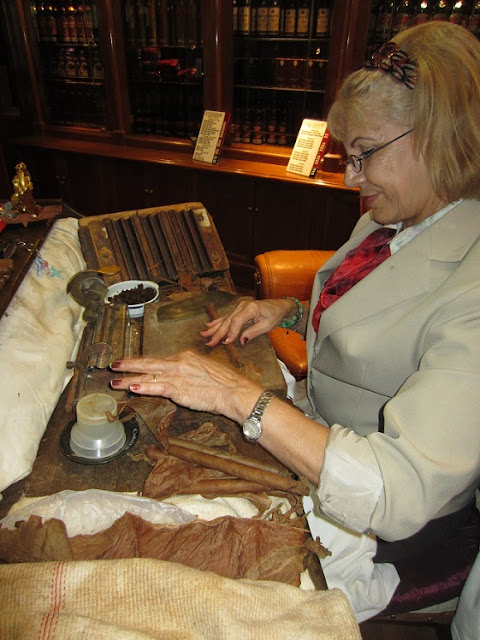 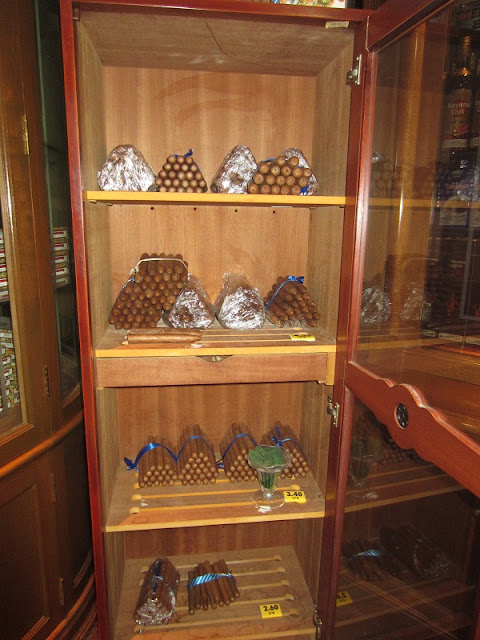 The Humidor where she stores her Cigars 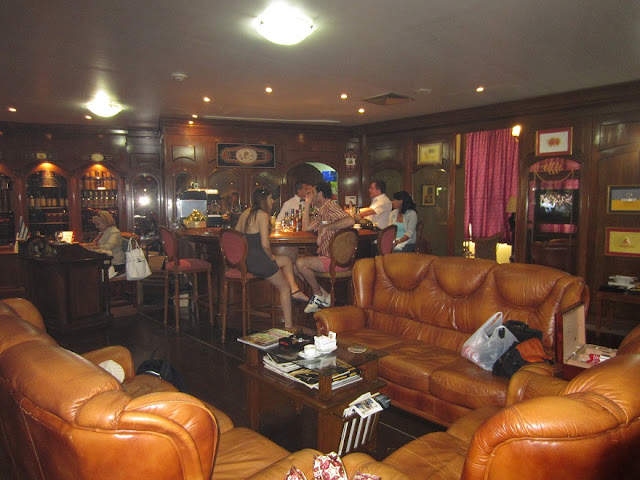 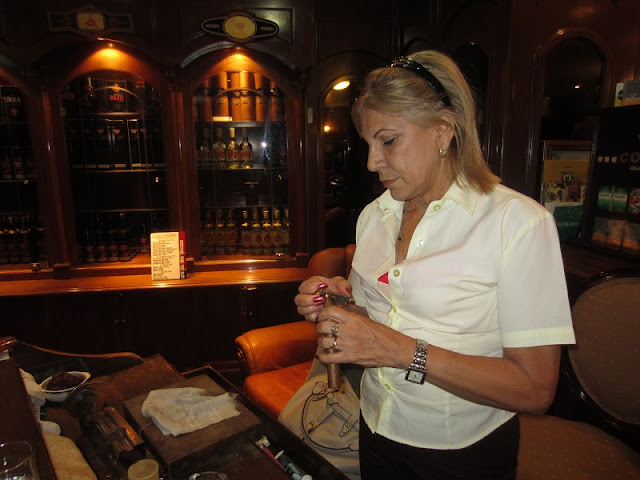 Preparing a Cigar for Smoking 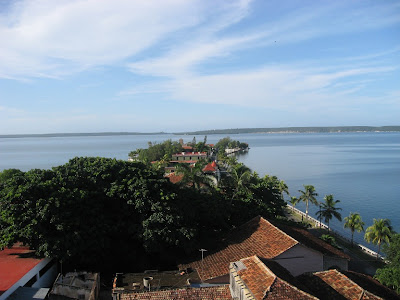 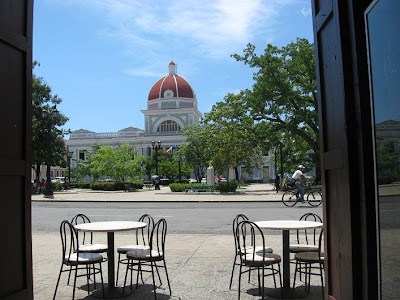 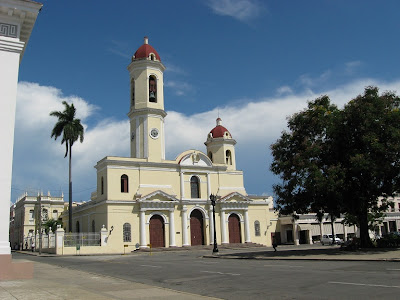 Above 3 pics, Cienfuegos, where Yolanda was Born 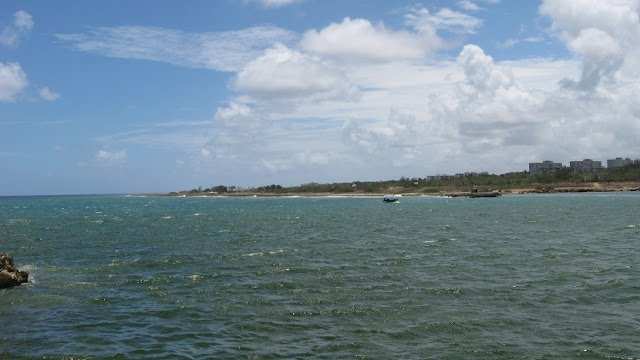 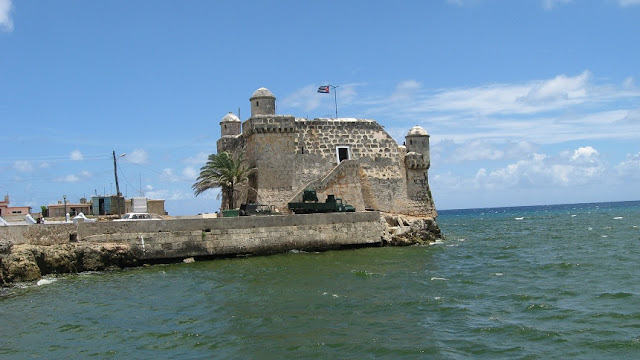 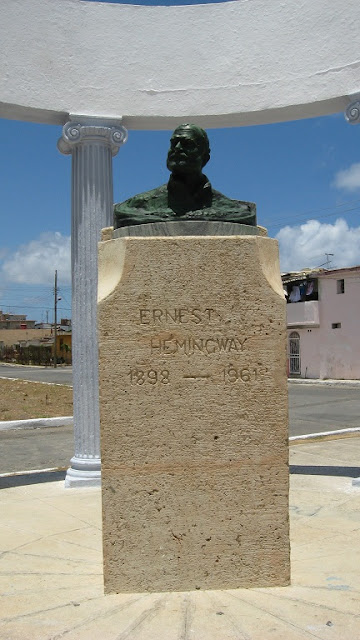 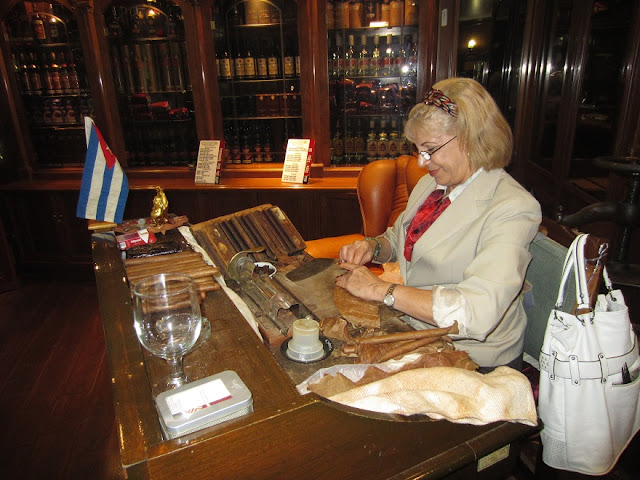 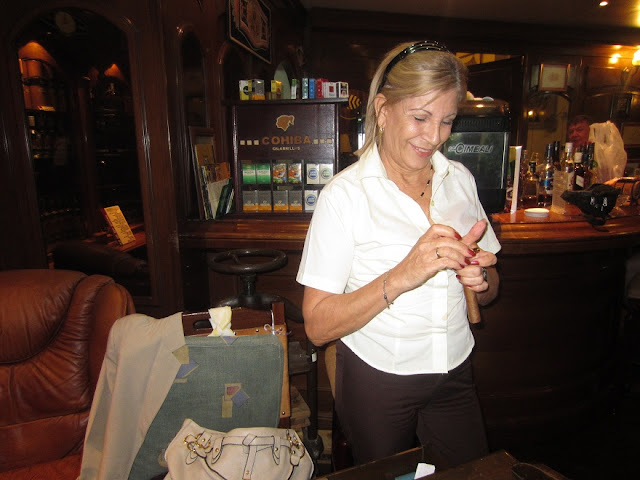 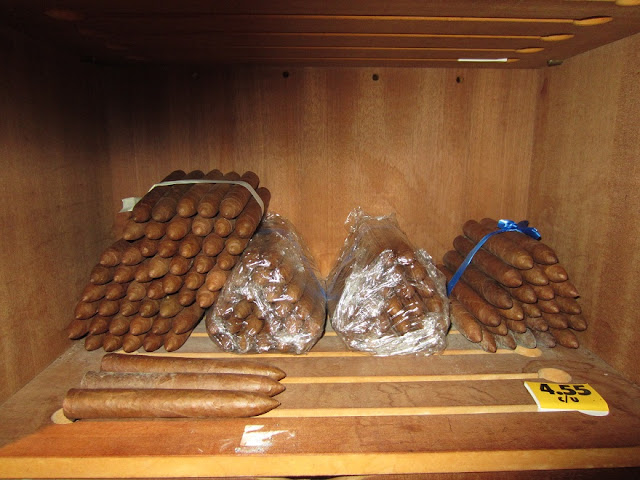