I've known this lovely lady since about the time I've been coming to Havana. From the moment we met we've had a special relationship but I'm not alone. La China, as everyone calls her, has a special relationship with many people. She's loved by all who know her and is in many an Aficionado's heart. Since starting my Blog I haven't found the time to sit and talk with China for any length of time. Well here I am back again for a Partagas Encuentro and since I'm here a few days early, I was able to spend some time with my friend and ask her a few questions before the confusion starts with the mob arriving for the festivities.
La China was born in Havana and started her career in Marianao, a suburb of the city, where she answered the call for more women rollers. The year was 1967 and the Revolution was pushing for more women to be involved in the Tobacco industry, primarily in the rolling department. Before then about 5% of the workforce was made up of women as compared to today where it's approx. 65%. After 9 months in one of the training centers she graduated as a roller. By 1969 she was working at the Partagas factory as one of the many 'new wave' of rollers there. She got her break in 1998 when the Partagas store opened below the factory and she was given the job as house roller. She has been at that post ever since, mesmerizing Aficionados from all over the world that come to visit.
She's been married once and has three children, all boys, the oldest is 46 and the youngest 25. Both her parents passed away many years ago. No one in her family has ever been in the industry, she is the first. All three of her children live in Havana and none of them are in the industry, nor do they care to be. She's had the good fortune of having travelled to many countries promoting the Cuban Cigar Industry for Habanos. The country she's travelled to more often has been Italy. As well as having been sent by Habanos several times, she's also been invited by Cigar Clubs who's members have met her at the Partagas store and have become friends with her through the years. Everyone loves this woman. She's never involved herself in the politics of the business, all she's cared about is rolling the best cigars she can. Time is catching up to her as with everyone and it's becoming increasingly difficult to keep up with the amount of cigars that have to be rolled for a Partagas Encuentro. In the past, all the cigars (which would number in the thousands) would be rolled by her. Nowadays help is brought in to lend a hand during this time.
Her parting words to me at the end of our talk were, "I love my country, with all it's imperfections, I would never leave her". So, if your ever in Havana, that's where you'll find 'La China'. 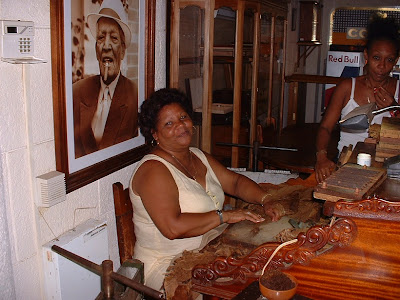 At her table July 05 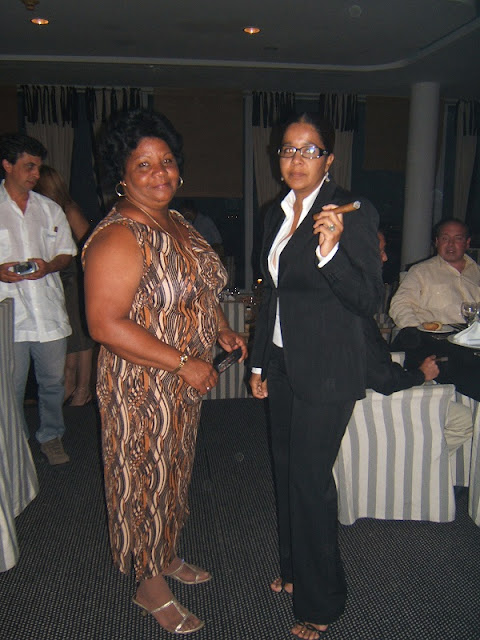 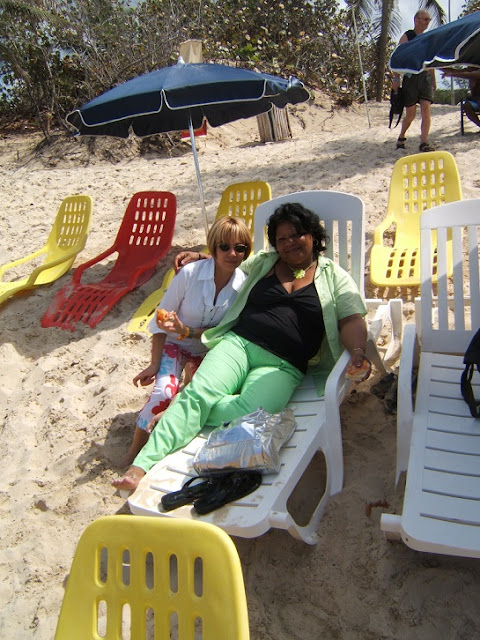 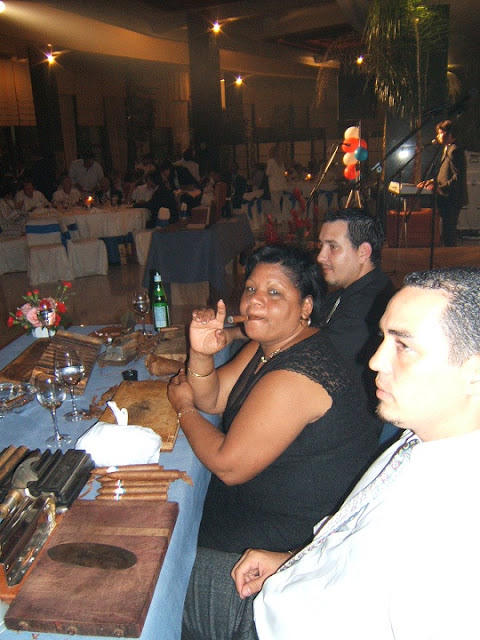 At a Rollers Competition in Nov.05 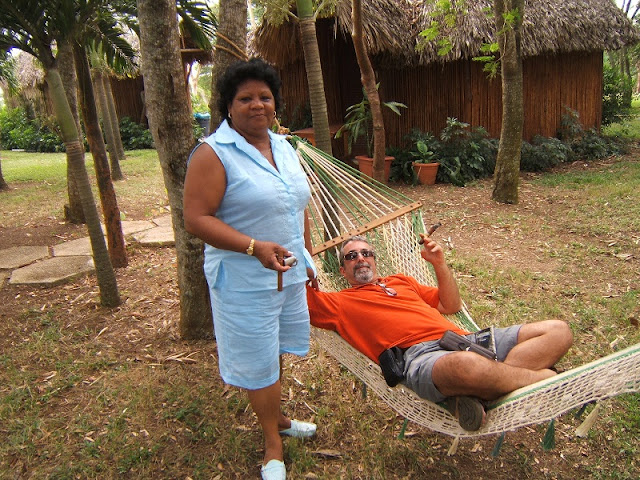 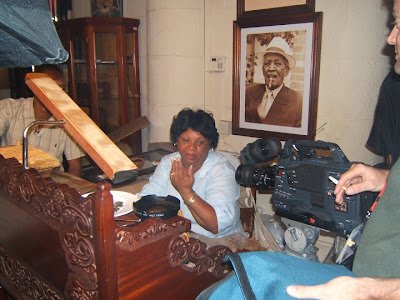 Being interviewed for a US documentary in April 06. 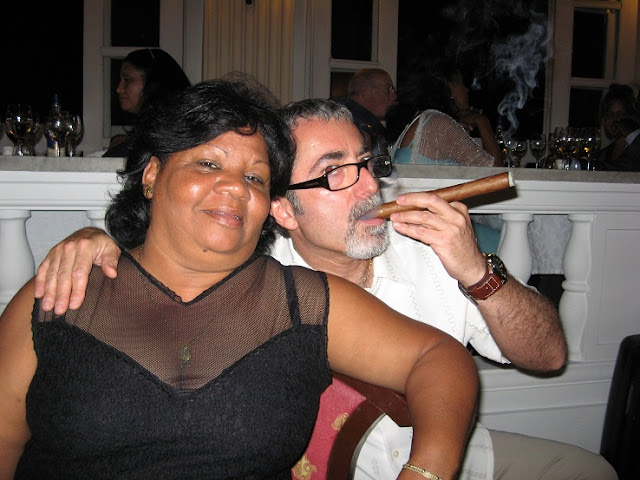 At a Partagas Encuentro Gala Dinner in April 07, smoking one of her creations. 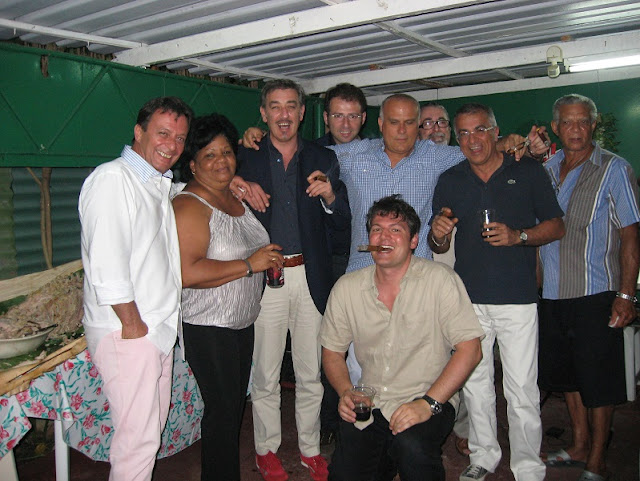 With the Italian Gang in Havana. Nov.08 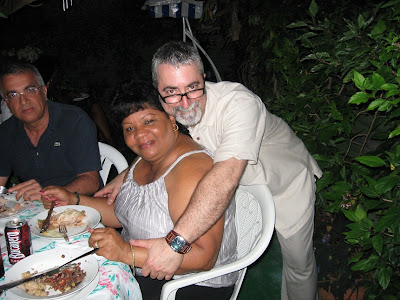 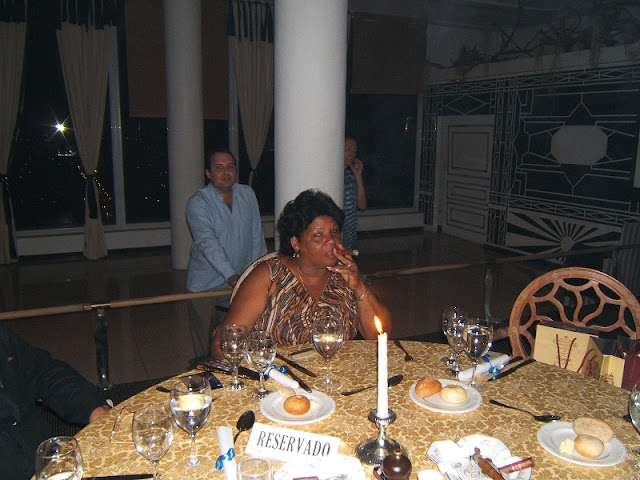 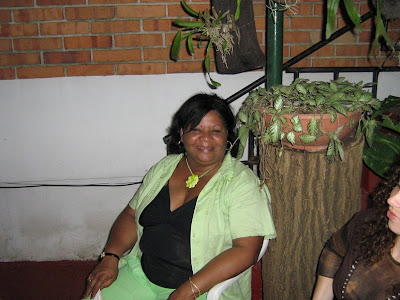 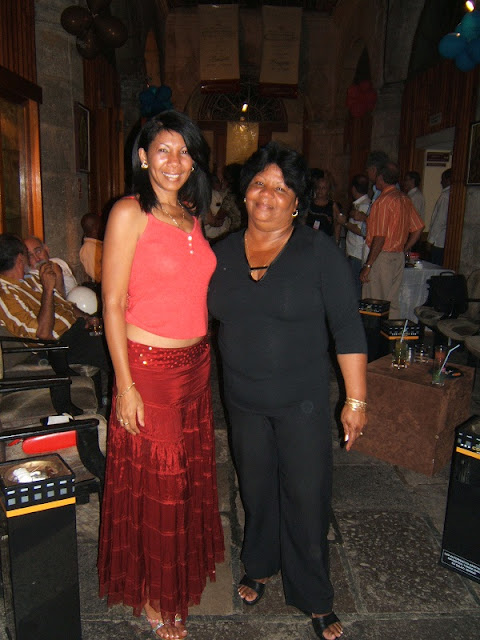 Apr.06 with a friend 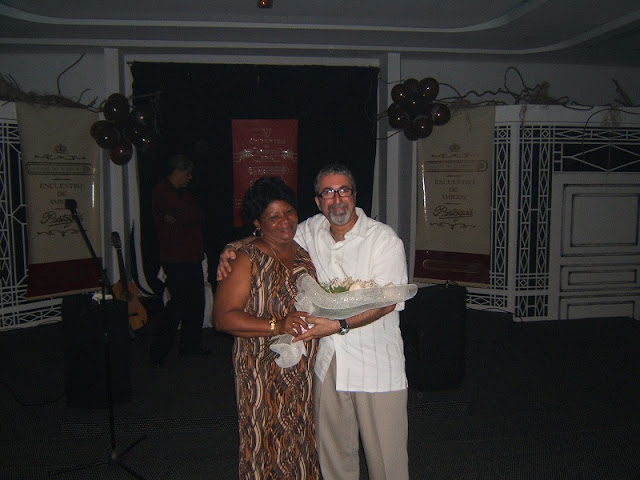 Being presented with flowers in recognition of her services at Partagas. Partagas Encuentro April 06 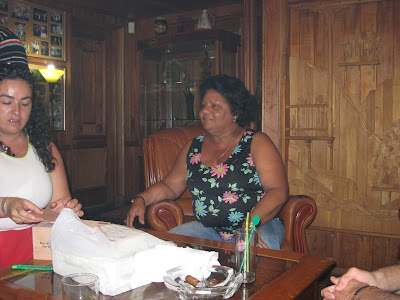 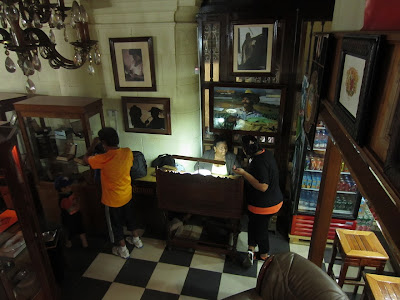 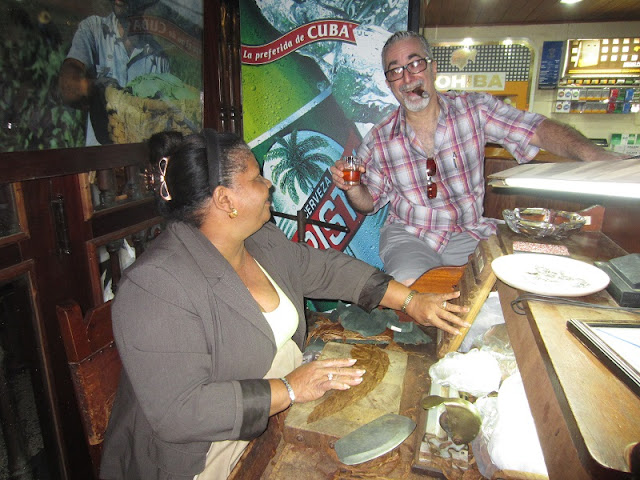 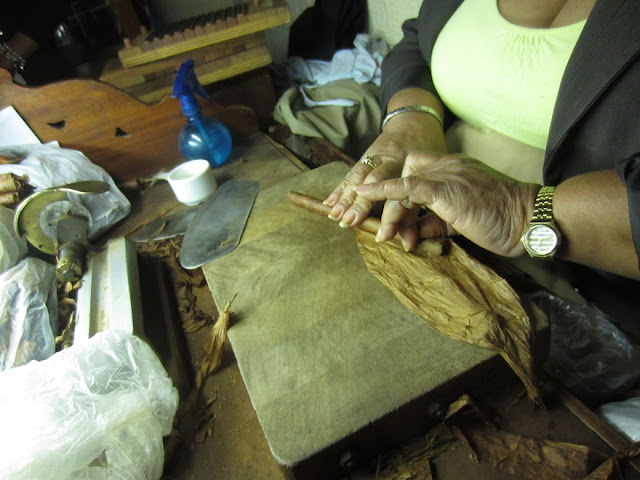 The Magic Hands
Posted by matteocigars at 12:13