Anyone who visits Old Havana almost surely will come upon the beautiful 'Plaza San Francisco' at some point either by accident or on purpose. Those of us who visit often, one day, found a new addition to this Plaza. I'm talking about the sculpture located in front of the 'Lonja del Comercio' at one end of the square, opposite the church, the Plaza's namesake. It's not the typical statue or sculpture found elsewhere in the city, most being of important political or humanitarian figures, it looks like 2 stickmen talking to each other. The statue of the friar 'Junípero Serra', next to the church and the one of 'Chopin' sitting on the bench don't get as much attention as this new sculpture. However, the 'Caballero de Paris' in front of the church is still the king of popularity, probably everyone that visits here has taken a picture with him usually rubbing his beard.
The name of the work of art is called 'The Conversation (La Conversacion)'. The bronze sculpture was created by French artist Etienne and donated by Vittorio Perrotta to the City some time in 2012 as a gesture of friendship between France and Cuba. It represents the need for dialogue in contemporary society especially with the advent of the cell phone, even here in Cuba. Hardly anyone talks face to face any longer and Cuba seems to be headed in that direction as well....although, they still have a ways to go but not for lack of wanting. The the French ambassador, Jean Mendelson, and Eusebio Leal Spengler, Havana’s city historian, were both present at the unveiling ceremony. The sculpture sits on a raised Cuban green marble base within which a box containing French and Cuban coins plus a message have been placed.
Etienne Pirot, the artist, was born in Grenoble, France on November 1, 1952. He began his studies at the University of Ottawa in Canada, he later obtained a degree in Fine Arts in Marseille, France and finally graduated from the National School of Fine Arts in Paris.
I hope this clears up any questions anyone had, like I did, about this popular work of art on display at one of the most beautiful Plazas in Old Havana. 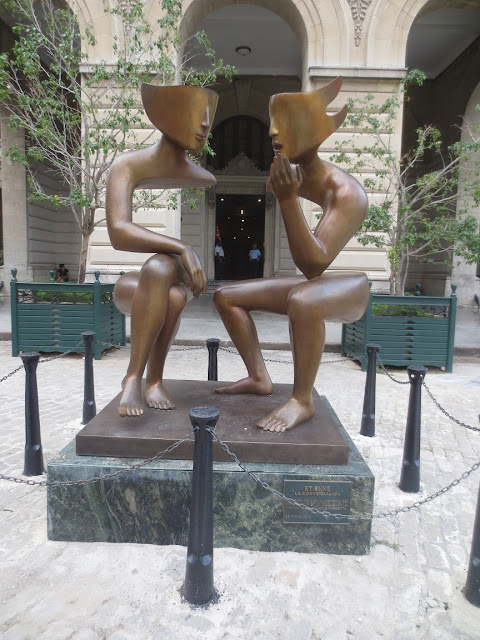 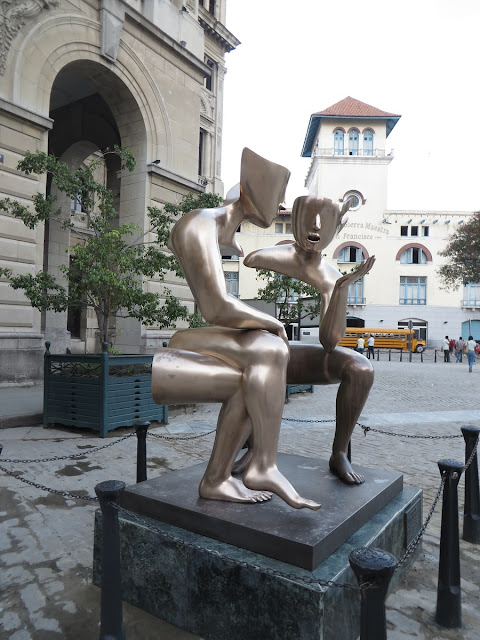 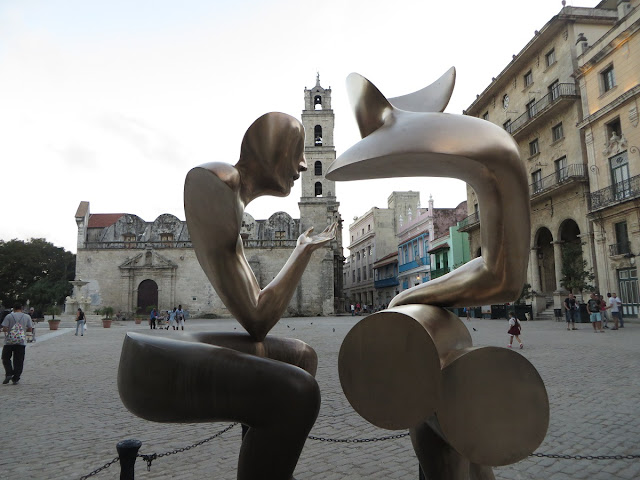 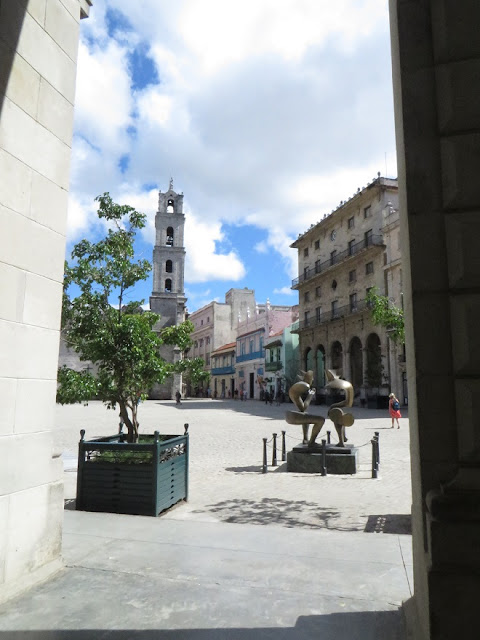 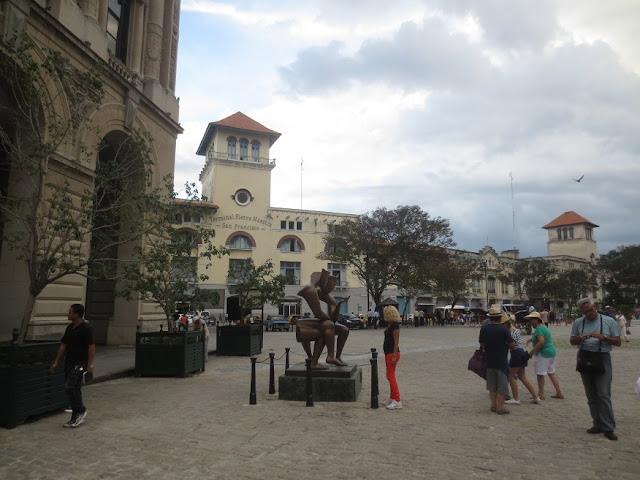 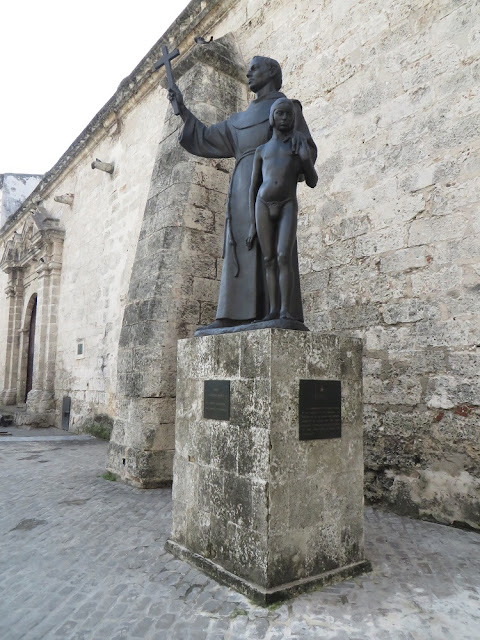 statue of the friar 'Junípero Serra' 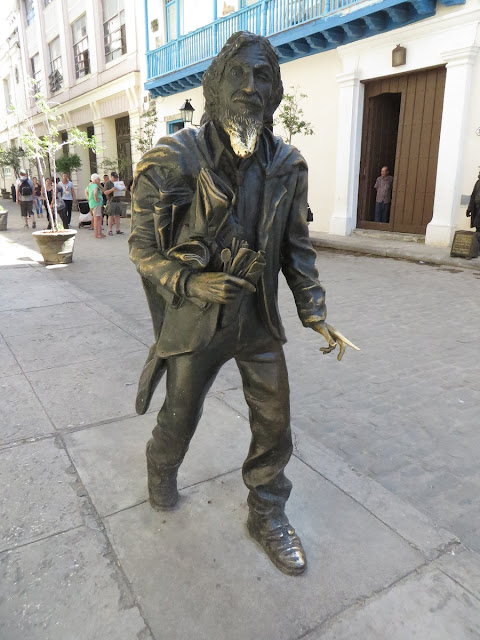 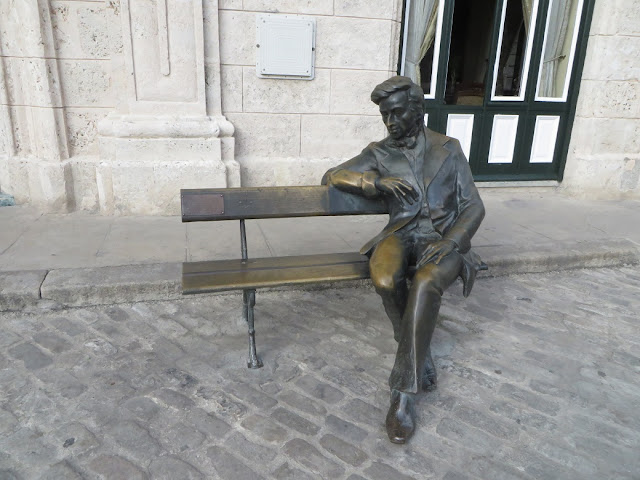 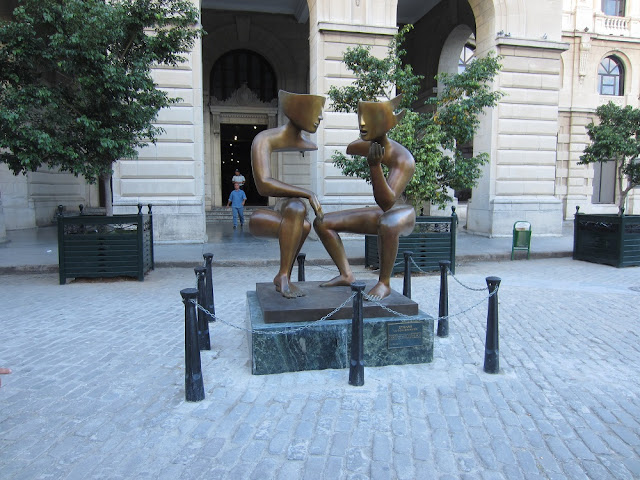 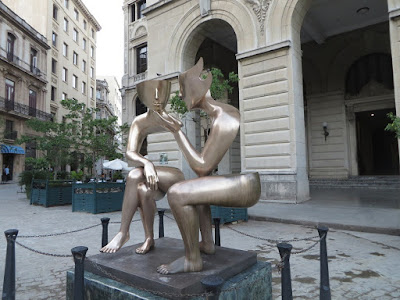 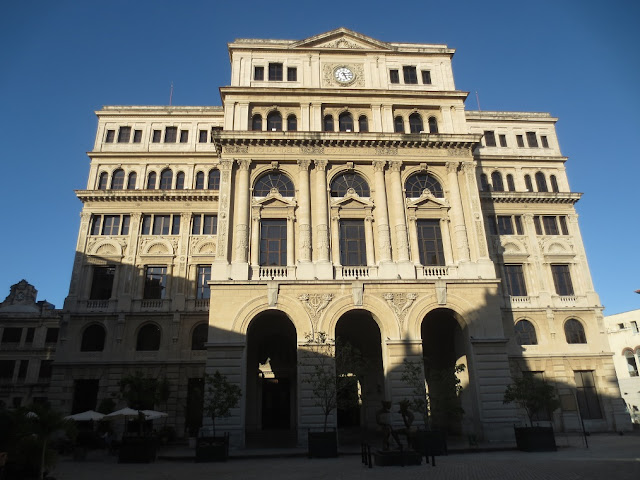 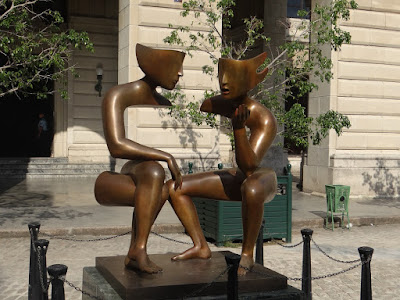