I  was very lucky to find a box of these cigars last March in Havana when there was nothing to be found after the Habanos Festival. I was so hoping they were good but the only way to find out was to try one.
This Corona Extra comes in a Slide Lid Box of 25 cigars and weighs in at 48 x 120 (4.7"), the box date reads, November 2017. They have a darker wrapper that's a little bumpy and they're a little hard when squeezed. However, great draw and the pre-light gave off mild wood. Once lit the cigar emitted huge plumes of smoke. Off the hop this cigar was very strong with flavours of earth and a little bitterness. Less than an inch into the smoke the bitterness left, the burn was even and it was still quite strong. Past the first inch it was strong and pretty one dimensional....still earthy. After an inch and a half the ash falls on it's own and the edge comes off a little bit....and so it remained for the rest of the smoke.
It's smokeable now but I didn't find any complexity to this cigar, in my opinion it may need a little rest for the flavours to come out. I will try another one this summer and see if there's any change, it certainly has the stuff to become a good smoke. 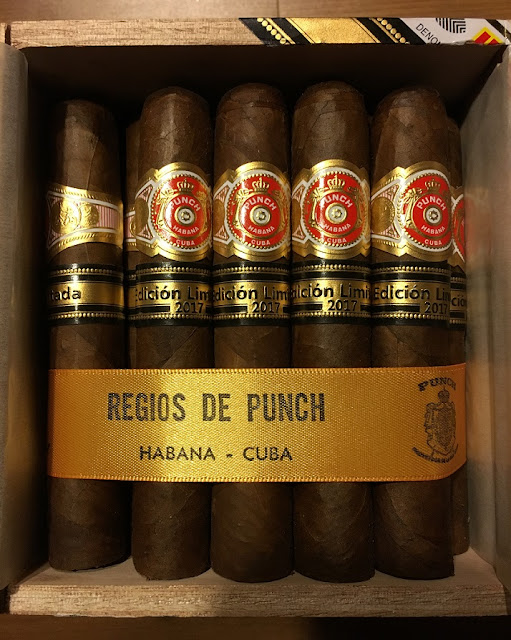 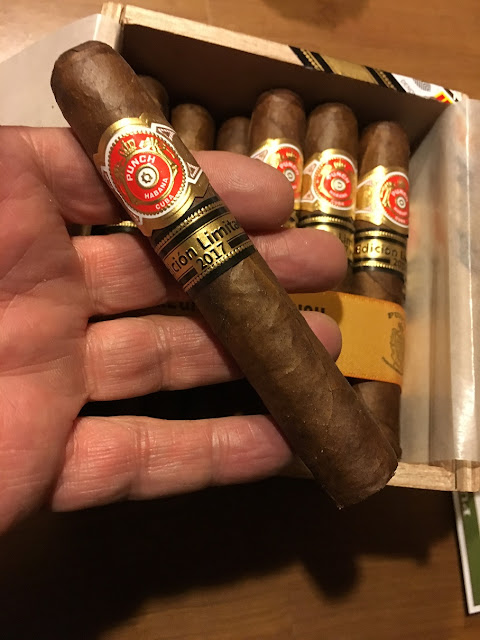 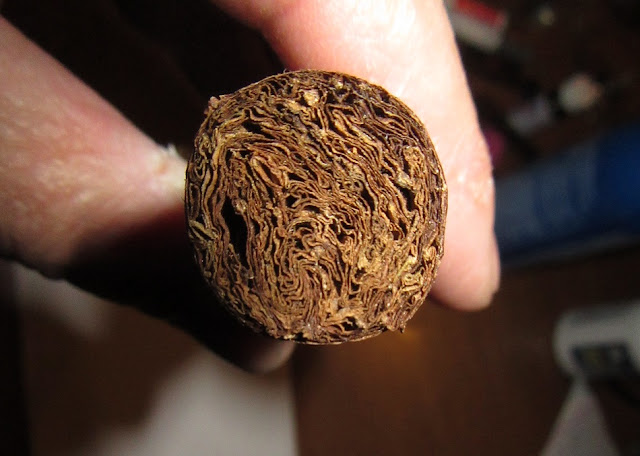 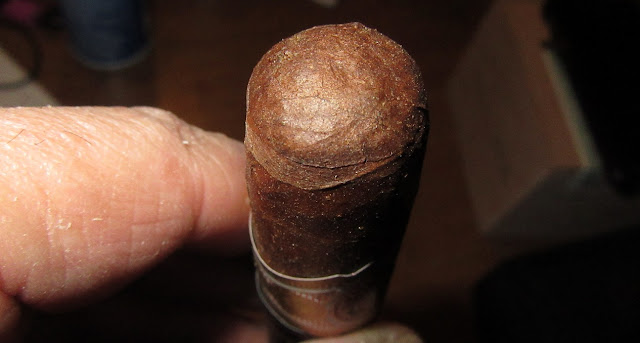 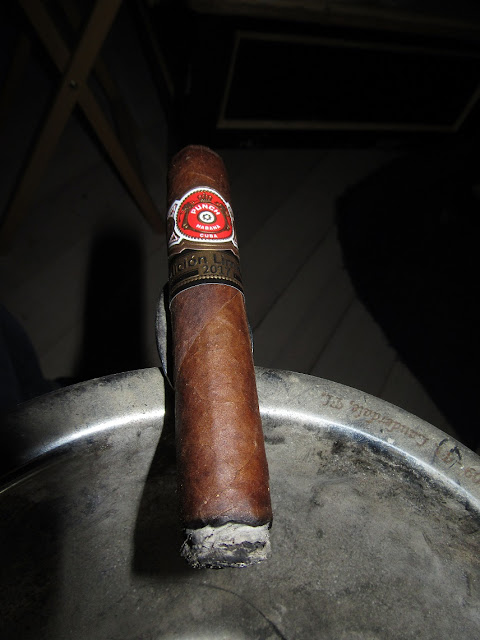 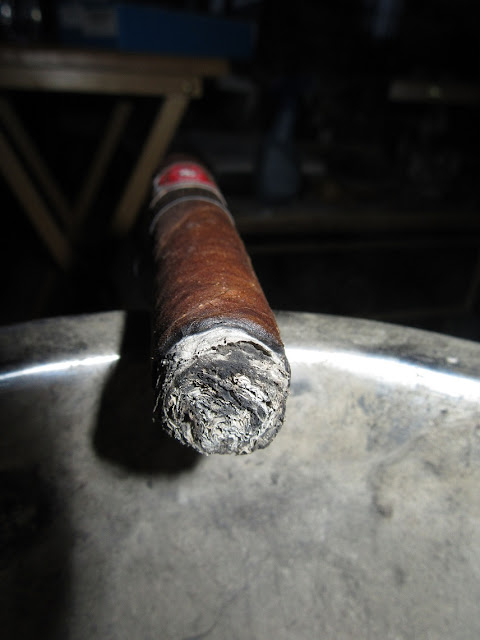 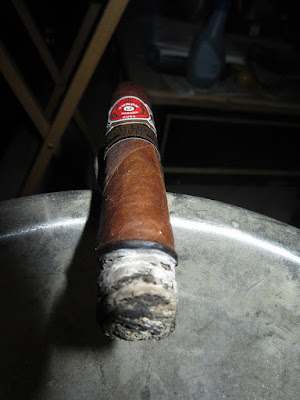 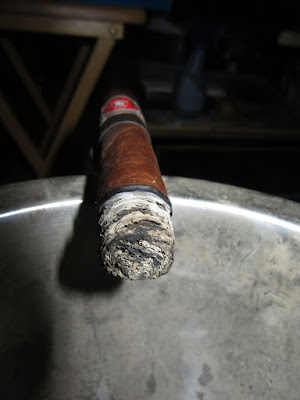 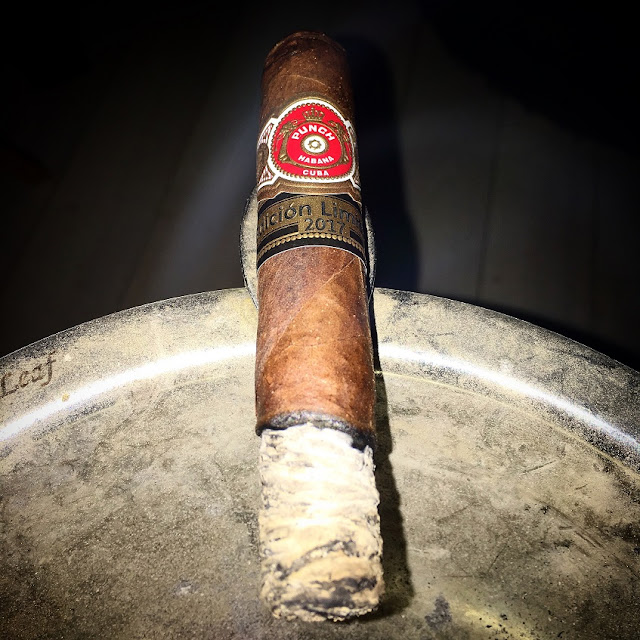 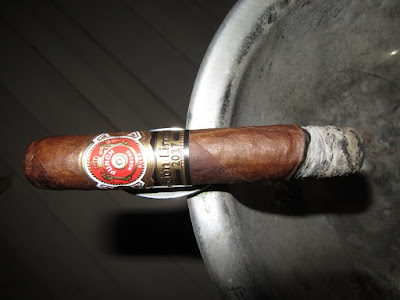 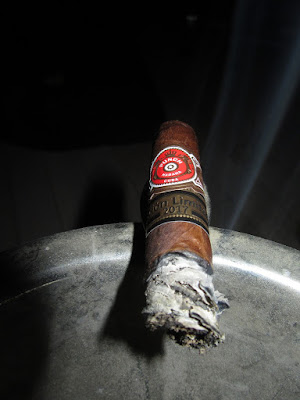 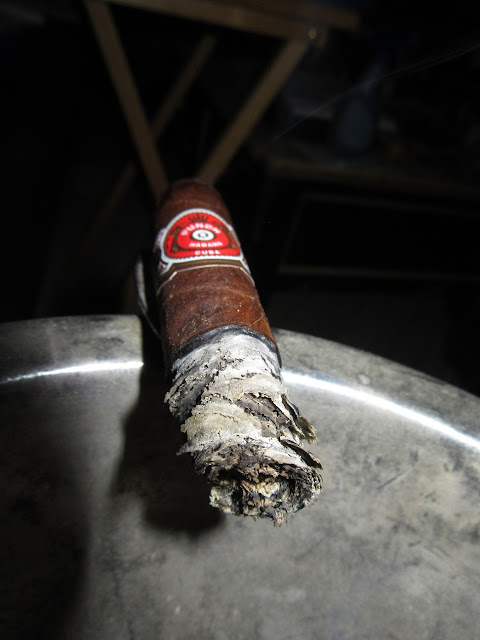 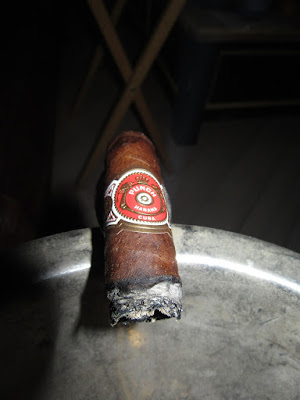 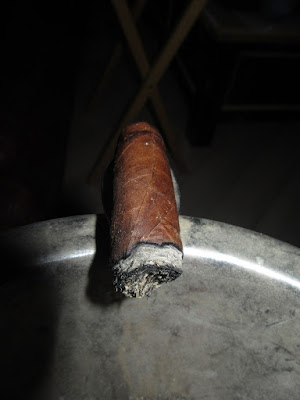 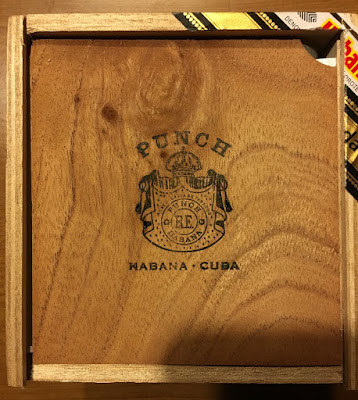 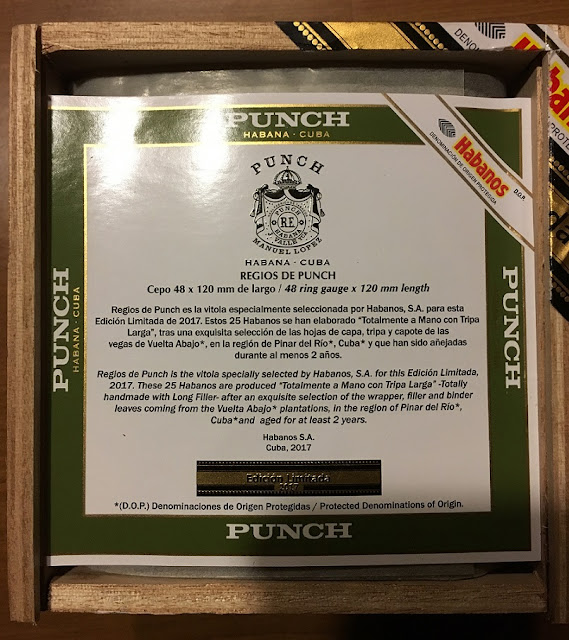