As we continue our walk along the Avenida del Puerto we come across our first watering hole. I had driven by this place dozens of times, always noticing the sign across the building but I had never walked by it....until this past March. The sign says restaurant and at one time, decades ago, this place was also known for their food. Today it seems like the typical government run establishment serving up the usual tourist fare both from the kitchen and in the dining room. That's not to say that the place is terrible, on the contrary, the atmosphere in the dining room with the Old School Cuban band pumping out all the greatest hits from the Buena Vista Social Club, it's the perfect spot to chill and take in the local color while sipping on a mojito or cerveza.
The bar was originally opened in 1894 by the González brothers from Granada, Spain, who constructed the original building. During it's better times the bar was frequented by US sailors docked at port and later by many Americans eluding prohibition by looking for a place to consume alcohol close to home.....Havana, Cuba. Some famous guests from the old days include: Alejo Carpentier, Graham Greene, Marlon Brando, Errol Flynn and Ernest Hemingway. After the Cuban Revolution in 1959 the bar was closed for many years until 1994 when the Habaguanex Tourist Company of Cuba renovated this famous space.
They did a great job with the renovations and despite the sappy traditional atmosphere (in my opinion, because of it) this is a perfect spot to have a drink or two, some say they make a great mojito. It's not fair for me to criticize the quality of their food without having tried it, I only assume that it can't be that good. However, don't expect a gourmet meal coming out of this kitchen. 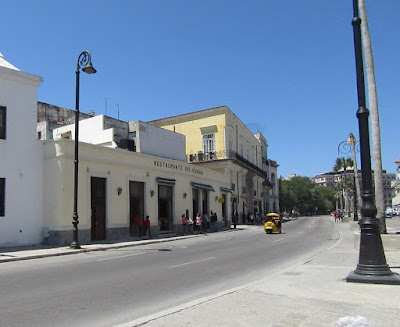 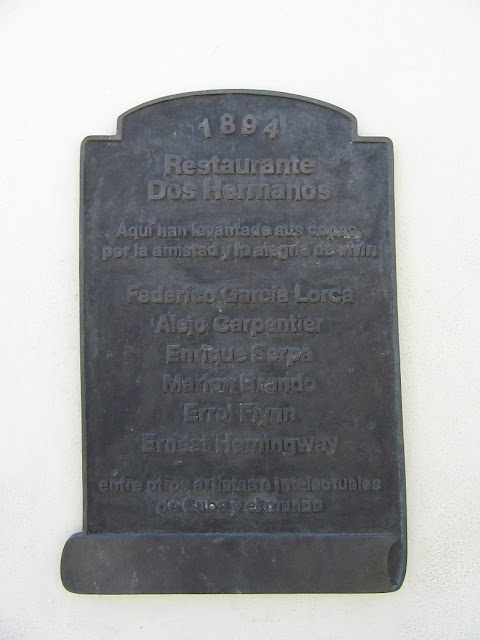 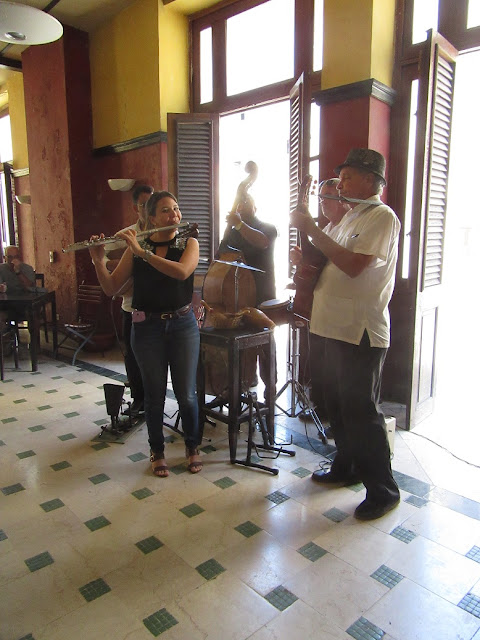 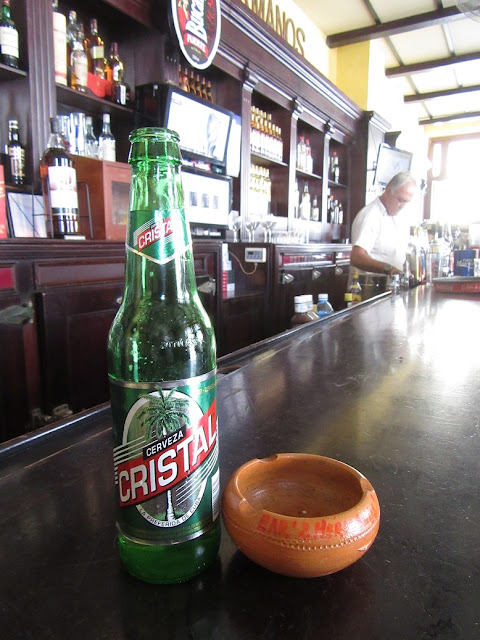 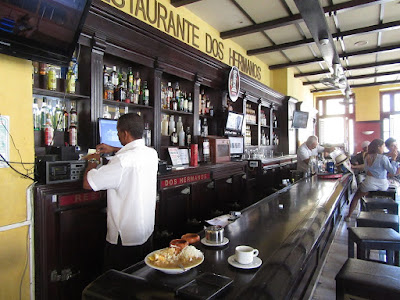 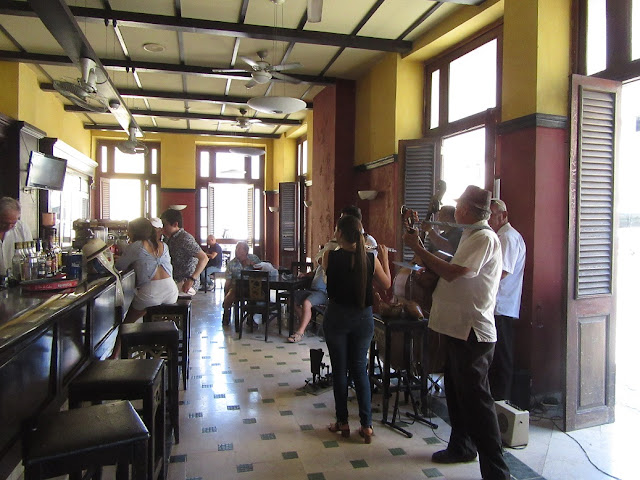 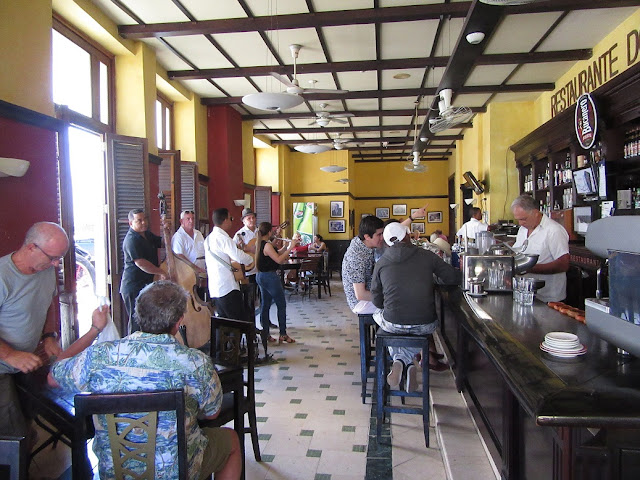 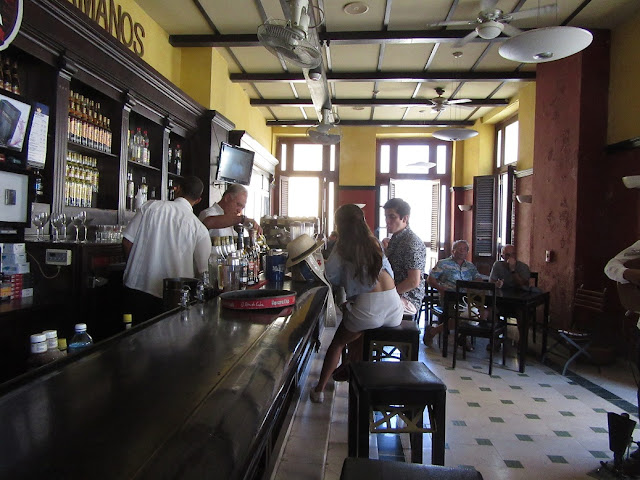 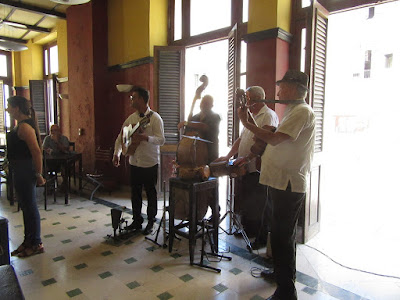 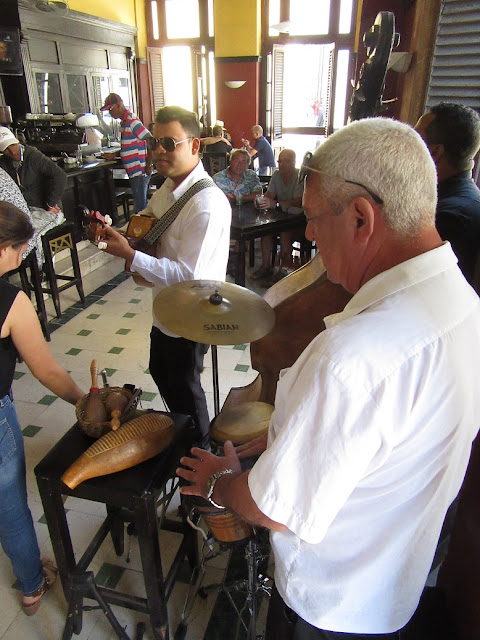 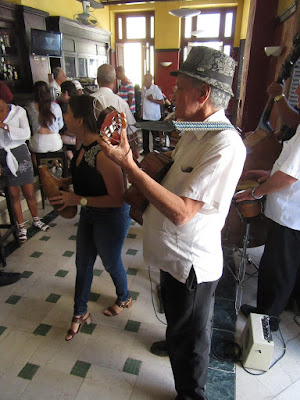 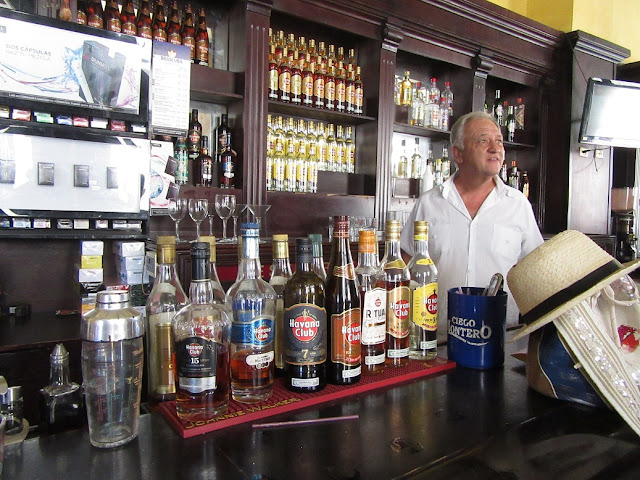 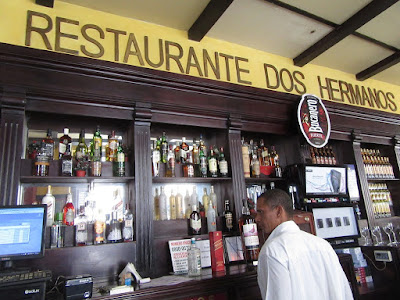 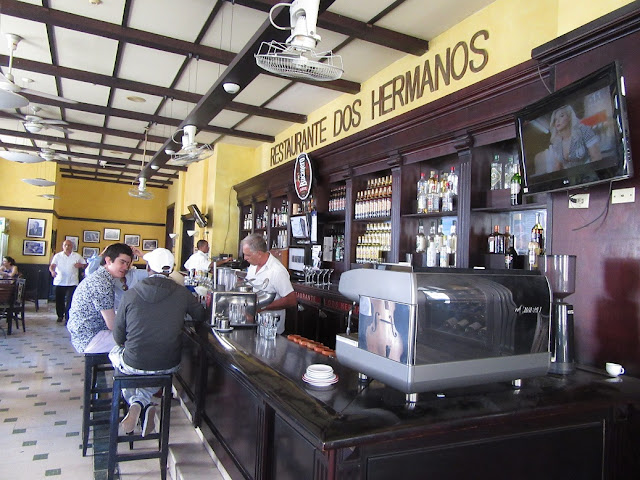 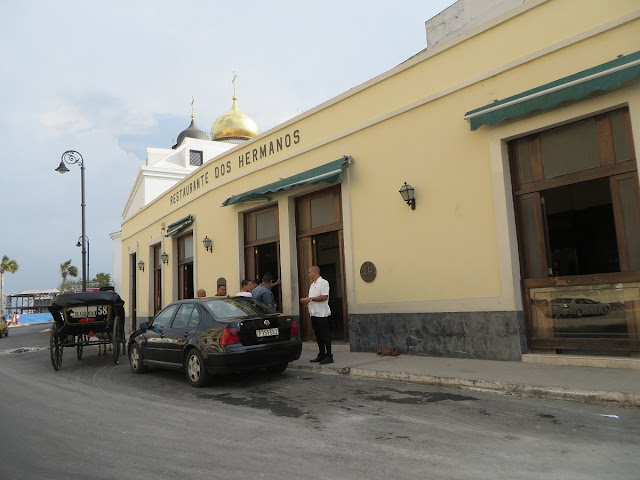