We are at the end of our walk along the Avenida del Puerto ending in a spot that's off the Avenue and not exactly on it. I've only entered this building once many years ago and now it's been under renovation for at least a couple of years and won't be re-opened until 2018....when in 2018 is unknown and we're getting close to the end.
Looking at the state of the railroad system today you would never imagine that Cuba has had a rich history in this mode of transportation but it was one of the first countries in the world to get the train, even before Spain. The United States installed it in 1837 just a few years after they had it running in their own country, it served the interests of American Corporations. The original Central Railway Station used to be next to the Capitolio, right around where Parque de La Fraternidad is right now. The new one, or the one in discussion, was built in 1912 to replace it.
It's no Grand Central Station in New York, that's for sure. There are very few trains than are running today and very few people travel that way, over the last 10 years or so ridership has gone down about 50%. I have read somewhere that Cuba bought some old trains (from this last century in 2001) from France that are running well, they call them the 'Tren Francés' and run between Havana and Santiago. They're somewhat rundown and dirty but are pretty comfortable and air-conditioned costing 30cuc for a tourist for a one way trip. These cars were originally used for the Trans-Europe Express. However, it's been said that the air-conditioning was being removed and windows installed, that would be a bummer since I've been told the train breaks down often and you're left cooking in the sun if it happens during the day. In other words, train travel in Cuba is not what it used to be and not very comfortable even for Cubans. From what I've been led to believe, only Cubans that don't have the means travel in this manner, it would cost them 30 Cuban Pesos to take the trip to Santiago from Havana (that's $1.20 for 860km). Still, I would like to experience it for myself at least once in my life.
Well, there you have it, another way to spend a day in Havana. If you haven't already taken a walk along this part of the city I hope my recent Blog Posts convince you that you may want to on a future trip, especially if you travel to Havana often and are looking for new things to see and do. I hope you've enjoyed the Posts over the past couple of months.


Below is a site with all the information one might need to travel by train in Cuba:
http://www.seat61.com/Cuba.htm#.VrTQpPkrLIU 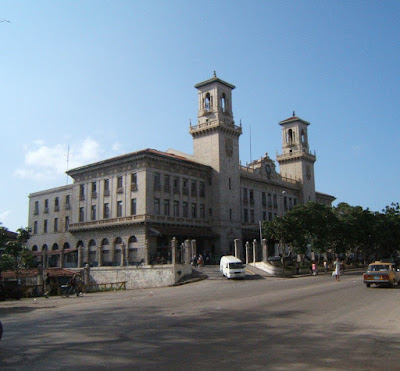 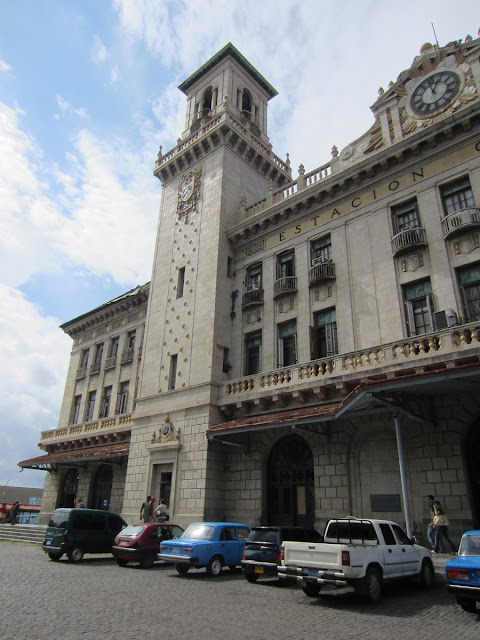 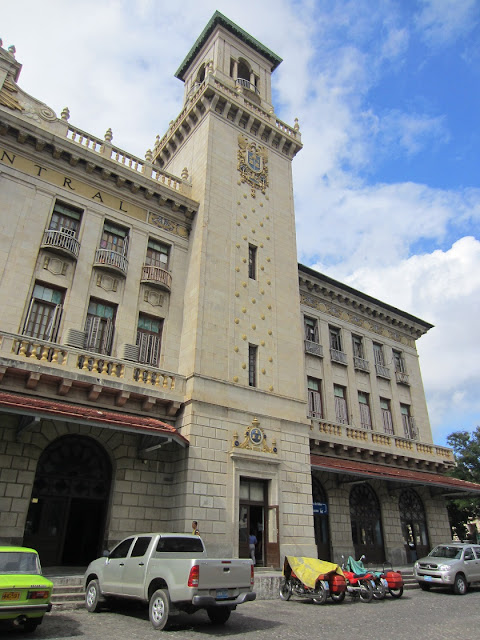 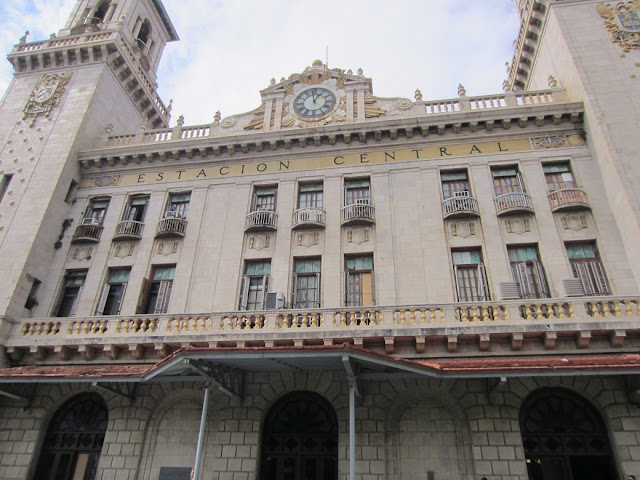 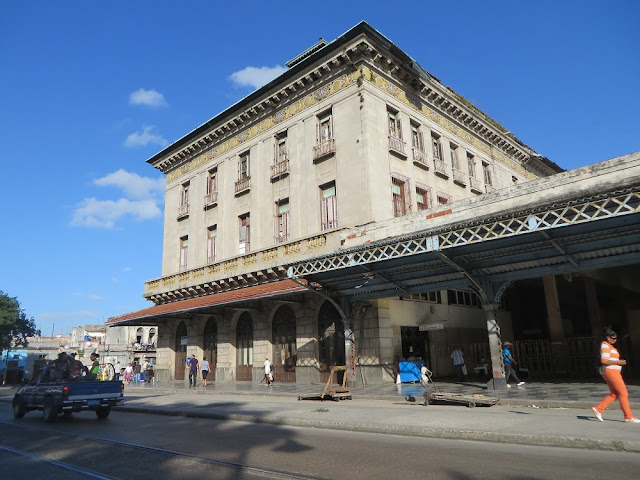 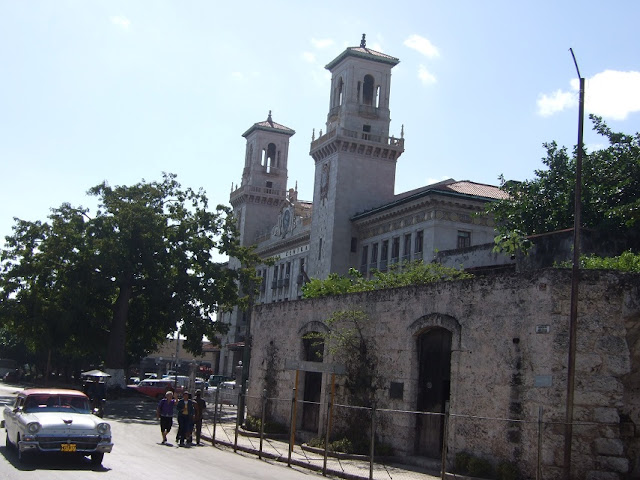 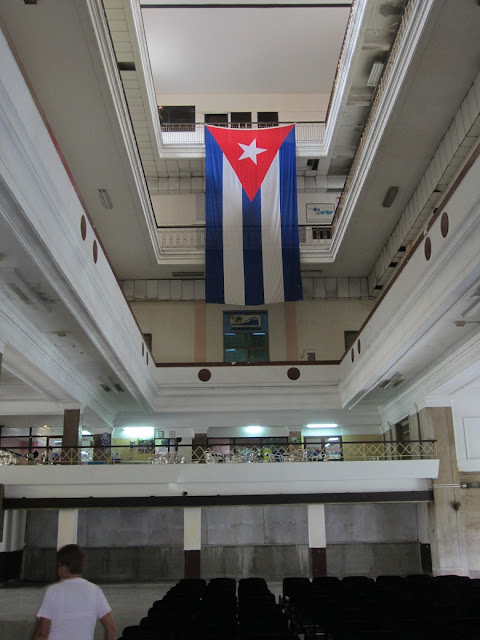 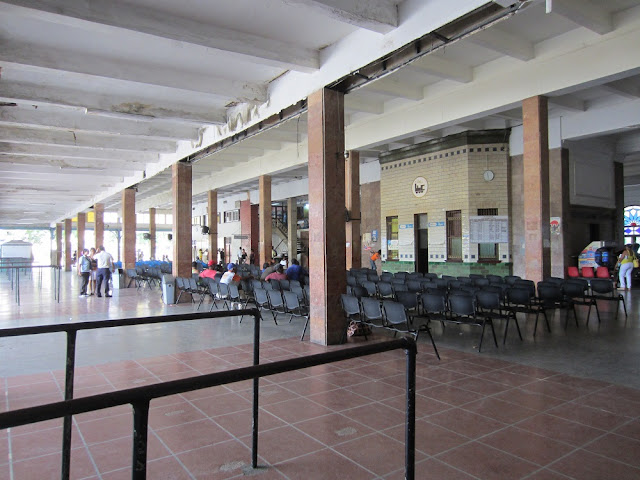 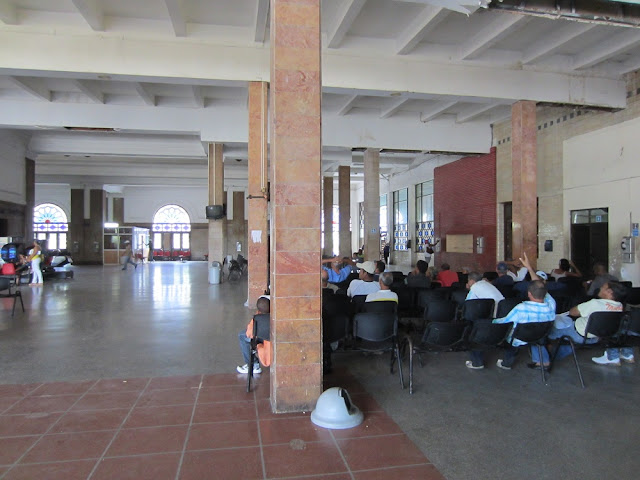 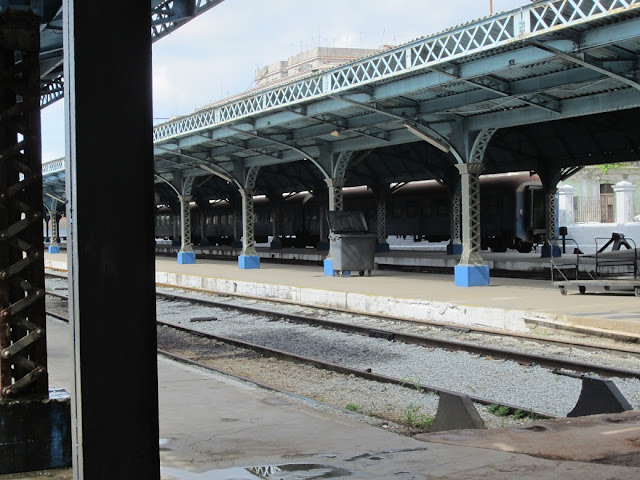 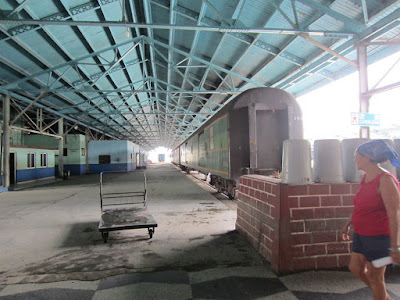 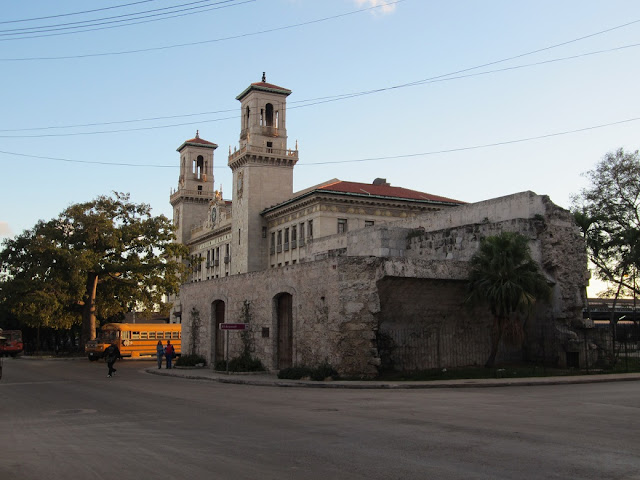