This is a place I've been wanting to try since the first time I visited his other restaurant 'Al Carbon' back in early 2017. Actually, I wanted to go to this restaurant in 2017 but it was full at that time so we settled for 'Al Carbon', which, by the way, is another amazing restaurant.
The entrance to 'Ivan Chef Justo' is literally around the corner, same building it seems, to 'Al Carbon'. They also seem to be the same restaurant, that is to say, they're decorated similarly, old memorabilia....pictures, posters.... The menu is where you see a difference but only slightly. In the restaurant below, as it's name says, you will find things that are done on the charcoal grill, not here. I have to call it international but gourmet, they use their imagination here. Most of the menu items are different than the restaurant below except for one or two dishes. It's an eclectic mix of appetizers and main courses using, like the other restaurant, a board for their menu that's brought around to the tables for the customers to read (you can see it pictured below). We only came for appetizers, we were still full from a late lunch. I had difficulty choosing what to order but my wife had no problem at all, she went for one of her favourites, the pumpkin puree. I choose two items so we could share, the avocado crab salad and the eggplant stuffed panzeroti (incorrectly named). My wife said that hers was the best Pumpkin Soup she has had anywhere, that's a huge compliment coming from her. The Avocado Crab Salad was a meal in itself, a huge Cuban Avocado half-shell, devoid of it's original filling and stuffed with the salad....the Cilantro was noticeable. The Panzeroti weren't what I had expected, I didn't know what to expect but these are not what we call Panzerotti back home. These were more like agnolotti, half moon shaped noodles stuffed, in this case, with eggplant & cheese and served, in this case, in an alfredo (cream) sauce. They were delicious nonetheless and I would have them again...after I try everything else. There were so many things I could have chosen and to me that's the sign of a good restaurant, besides obviously having the capability of executing those dishes in a tasty fashion.
The service was good, the entire staff was mature, no young people. I did get a feeling of disappointment when it was realized that we were only going to have appetizers. We ended up having 3 apps as well as a dessert, great cheesecake by the way, and we also had a couple of glasses of wine. The bill came to $48 for the two of us, expensive by Cuban standards. I will return here but with the intent on having a full dinner, regardless of how expensive it might be, it's well worth it.

PS.....this is a much more romantic restaurant, the better place of the two to take a date. Lots of nooks to sit in, better to reserve ahead. They seem to be busy all the time. 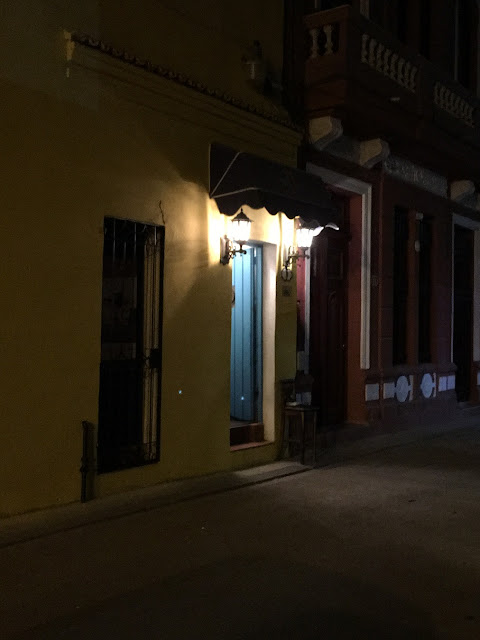 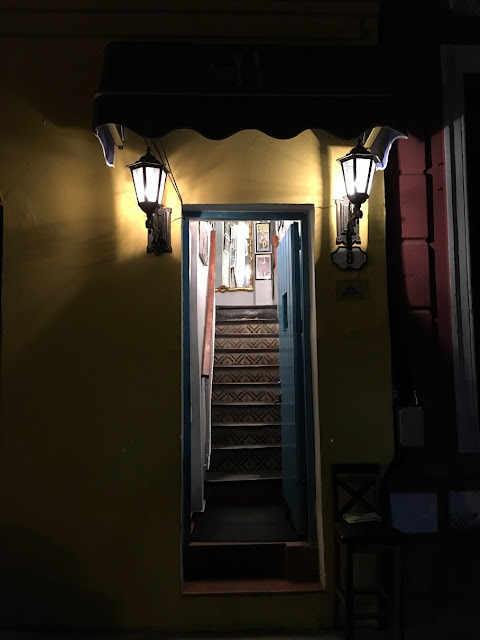 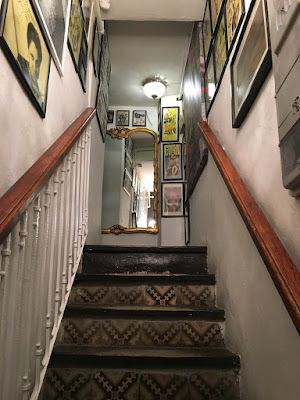 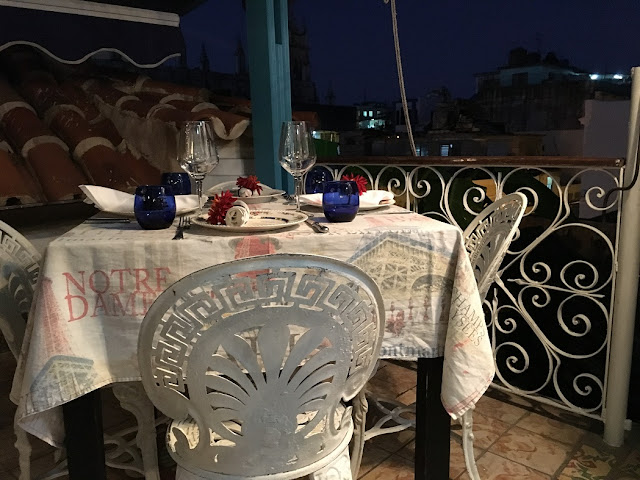 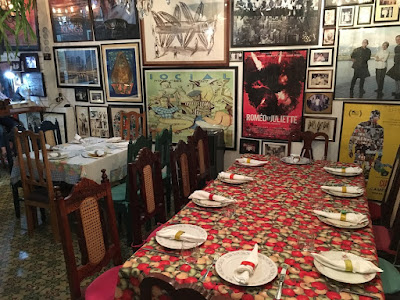 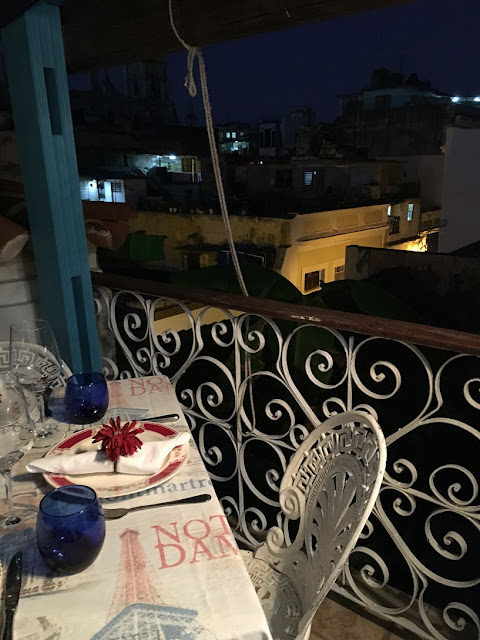 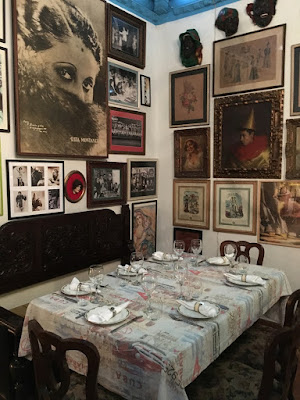 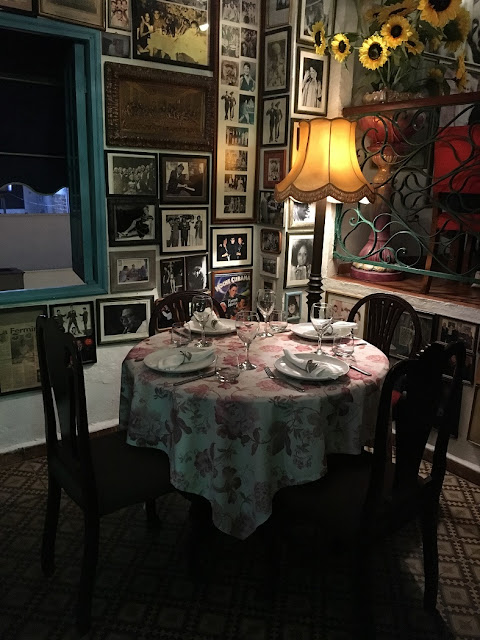 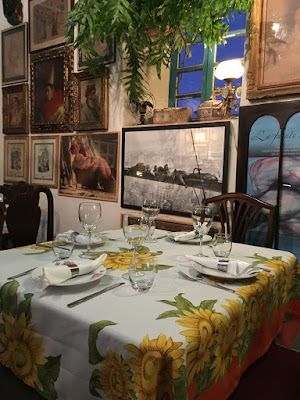 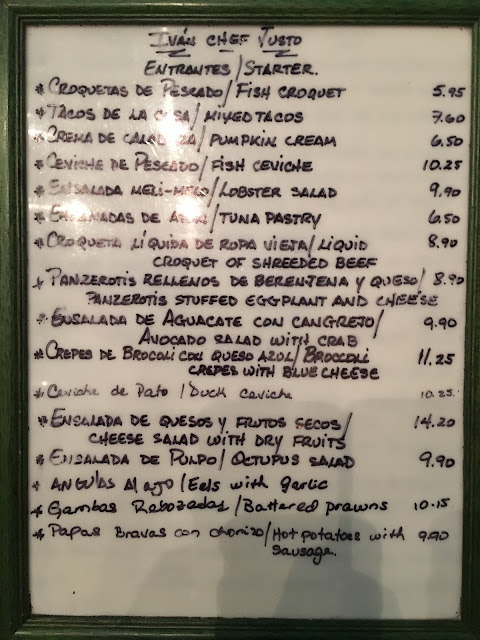 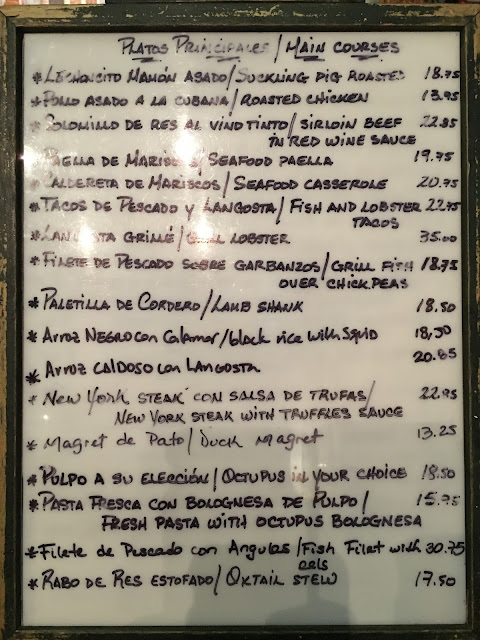 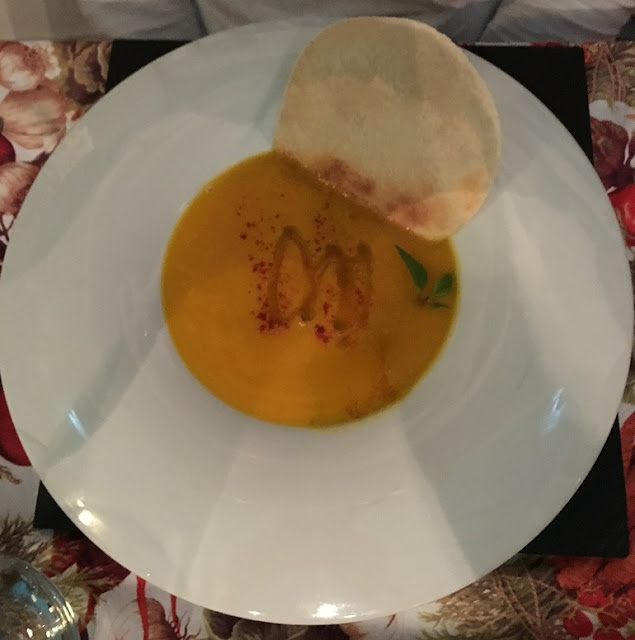 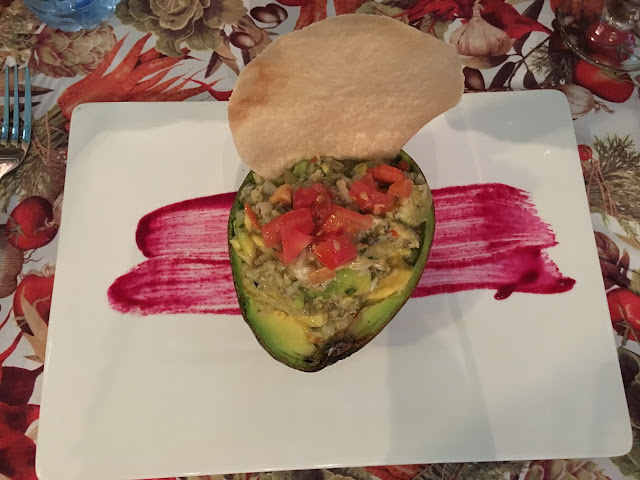 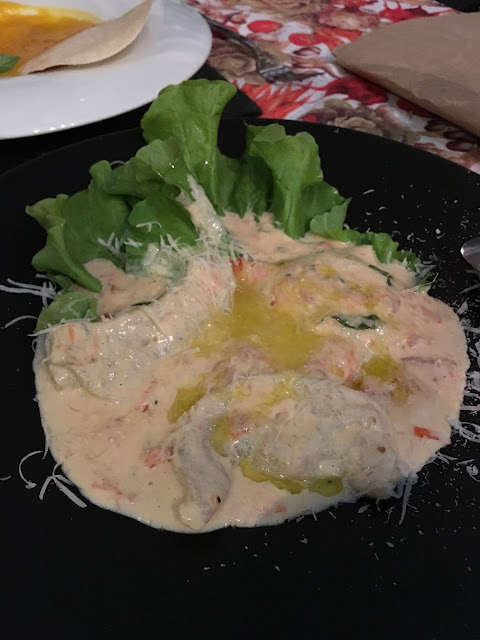 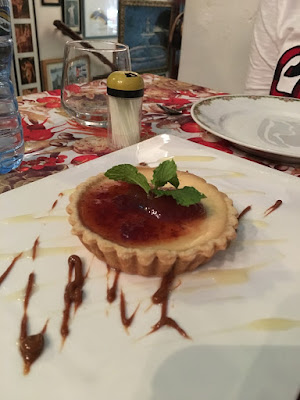 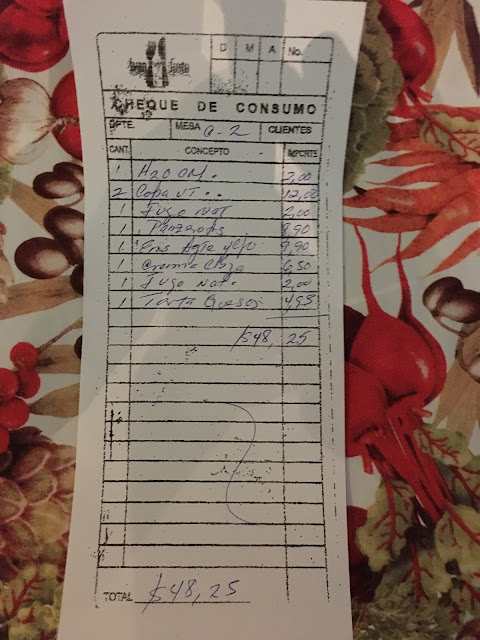 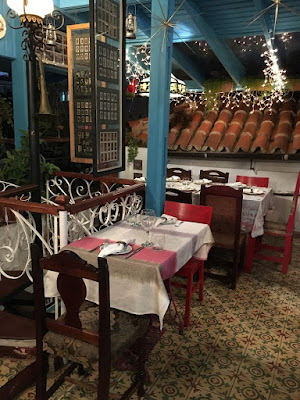 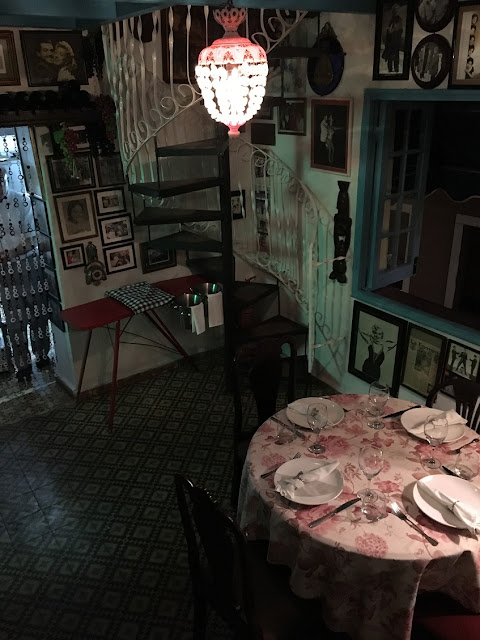 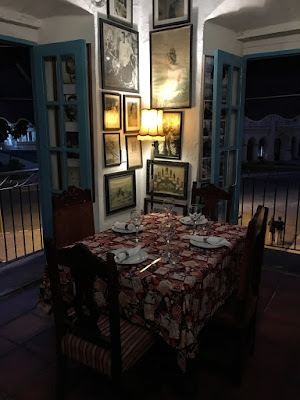 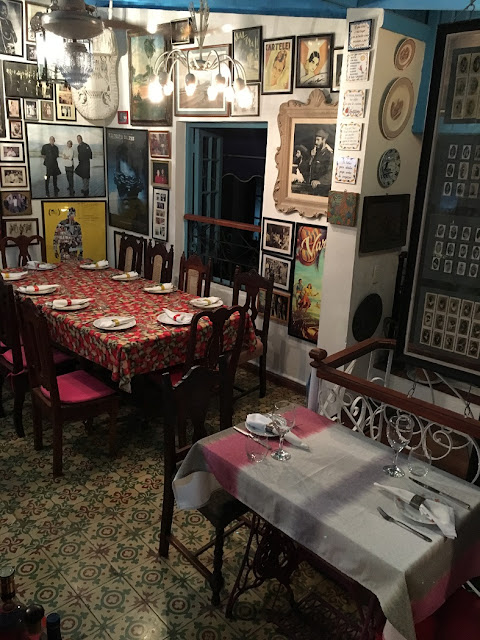 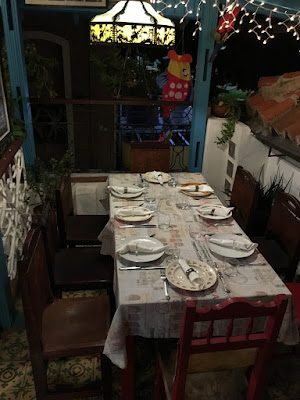 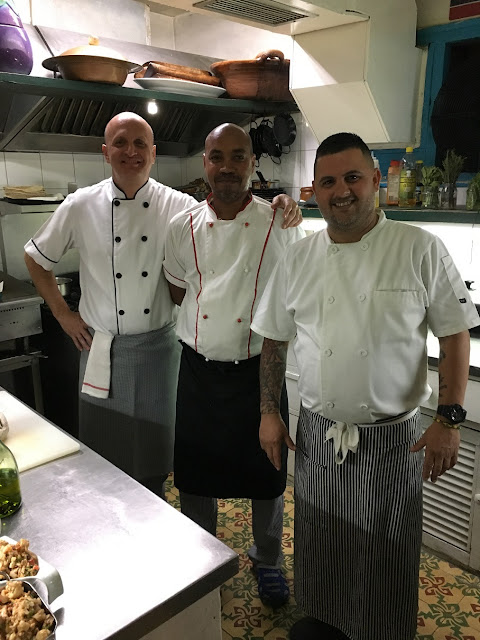