I came upon this restaurant on my last trip to Cuba during one of my many walks....otherwise I would never have discovered it. Unless someone tells you it's here, you would be hard-pressed to locate it. It's not that this restaurant is hidden, it's just on a street that's not usually traversed by the average tourist. The name of the place caught my eye...for those of you who don't know cigar lingo, Vitola means a cigar shape or size.
The decor is modern and simple with cigar paraphernalia scattered around the rooms. It wasn't until my second visit I discovered that the restaurant was owned by Elina Perez's daughter. Elina is the manager of the Hotel Habana Libre LCDH and a friend of mine. When first leafing through the menu I thought it was a little ambitious....I like variety but the menu was huge and encompassed many choices. We weren't very hungry at the time of this visit so we only ordered main courses. A complementary tray of appetizers was sent to us before our main courses arrived. I went for the Ribs and my wife had the Lamb in red wine. Both were very good, my ribs especially, the lamb was a little dry as lamb can tend to be but taste-wise it was spot on. The service was pleasant and the prices were very reasonable. There was no smoking allowed in the main room, a trend that seems to be the norm now in Havana, but there was a smoking lounge on the upper floor that's well suited for a group of cigar smokers....I'm sure influenced by Elina.
I would return here but in the future I would like to organize a group of Cigar Smoker friends of mine on an occasion when many of us congregate in Havana at the same time....during the Partagas Encuentro would be perfect. 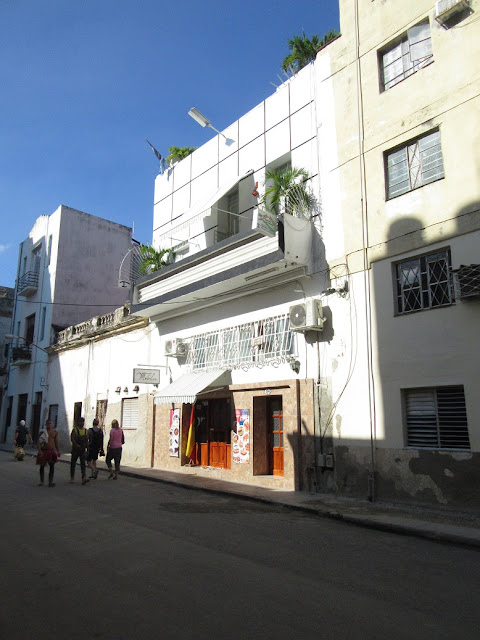 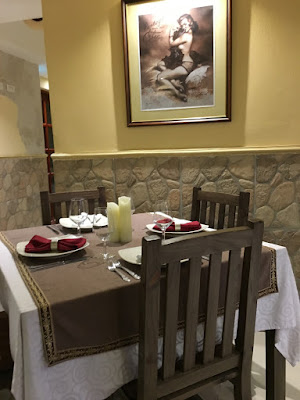 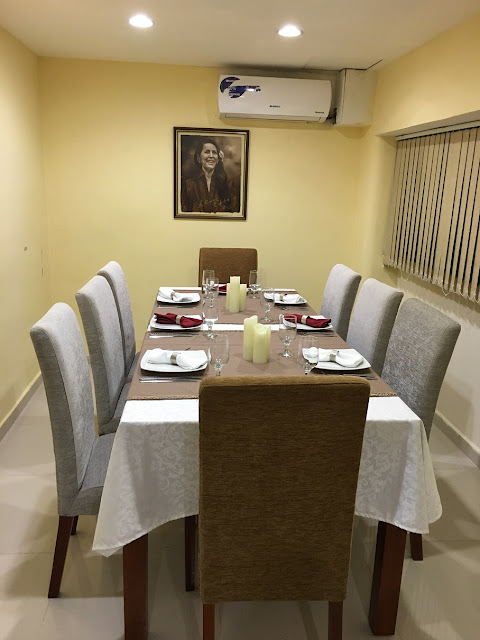 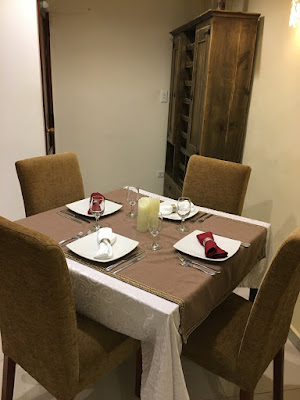 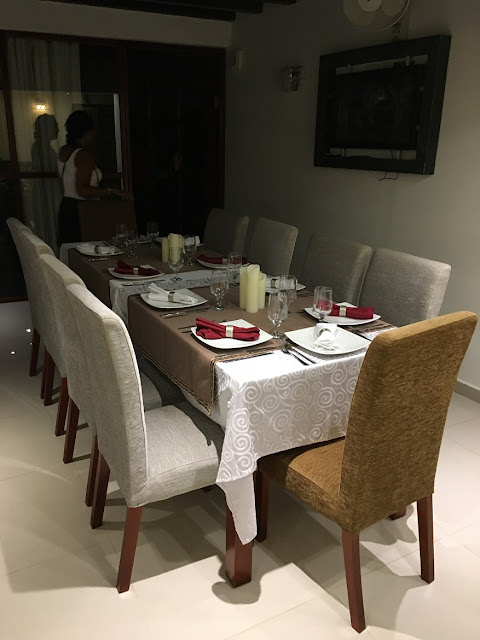 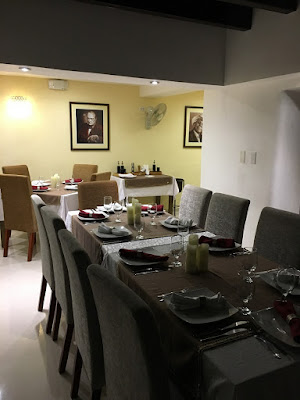 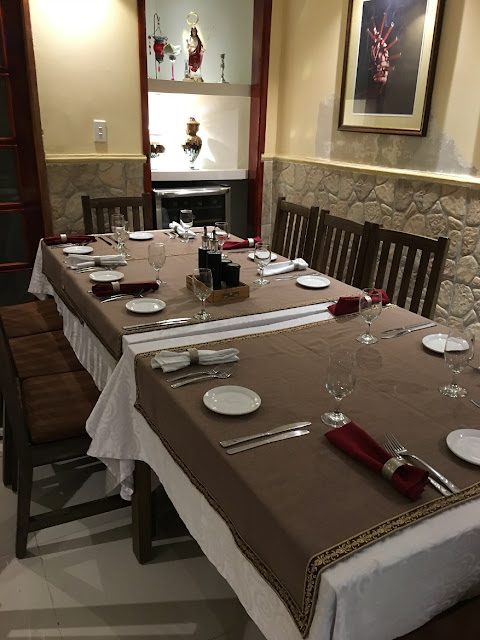 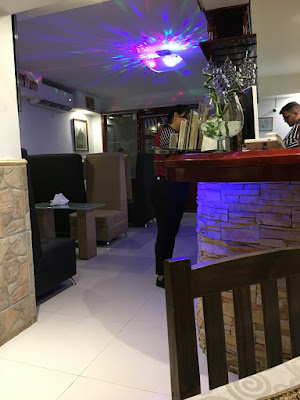 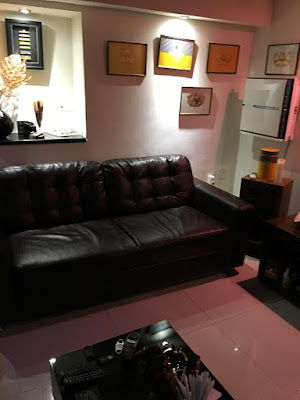 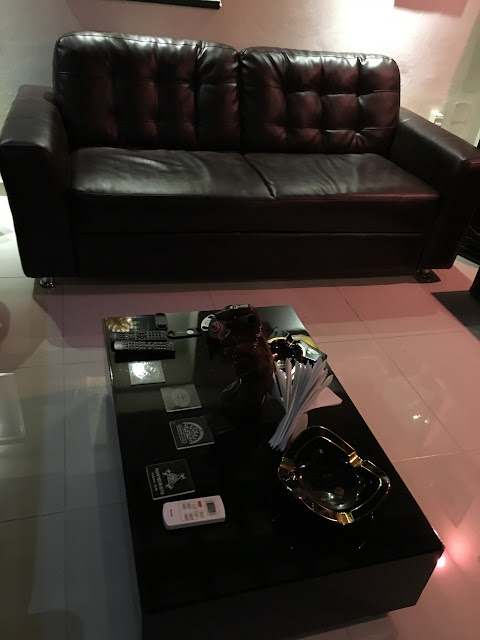 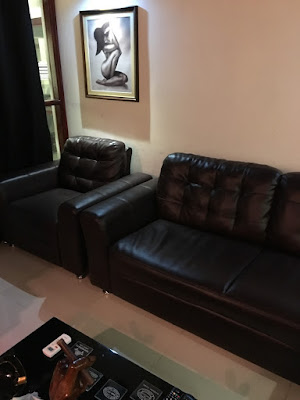 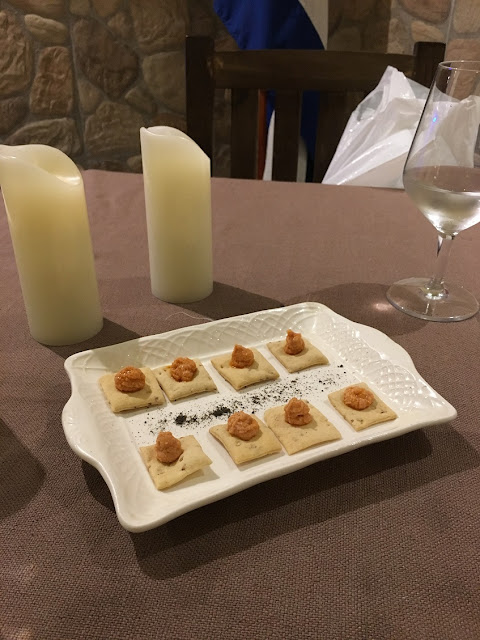 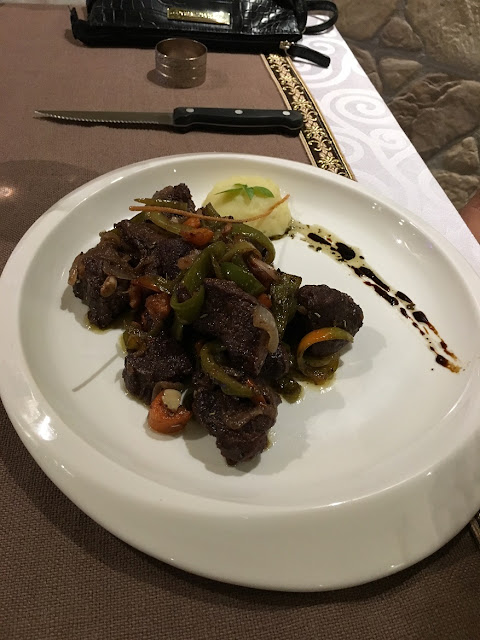 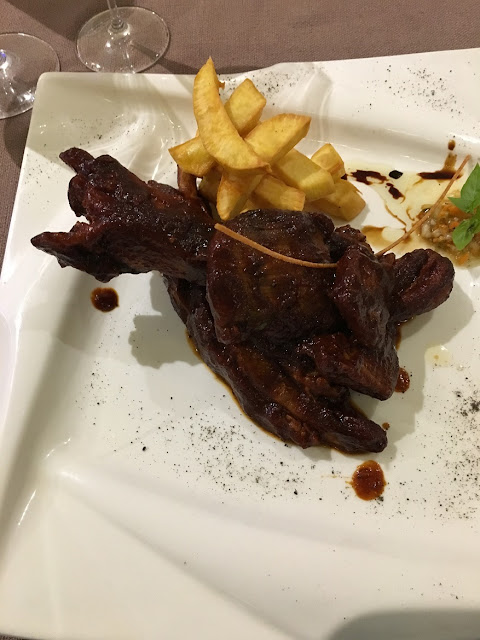 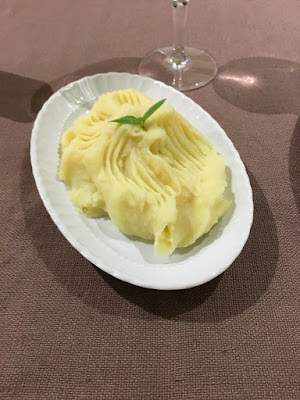 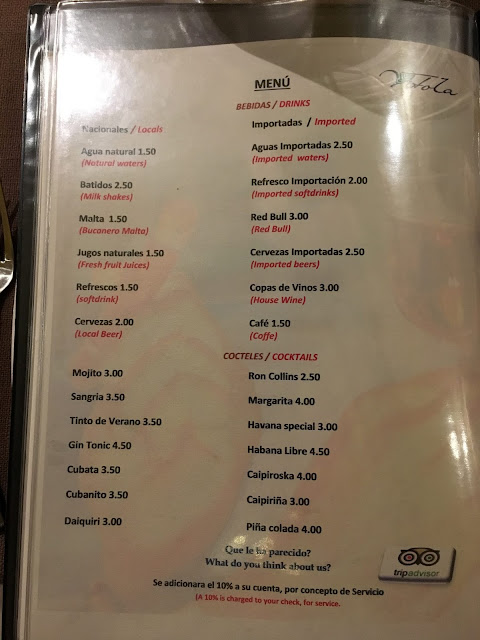 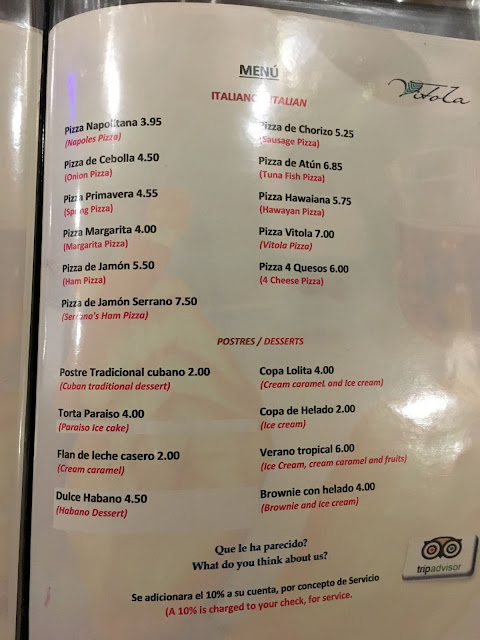 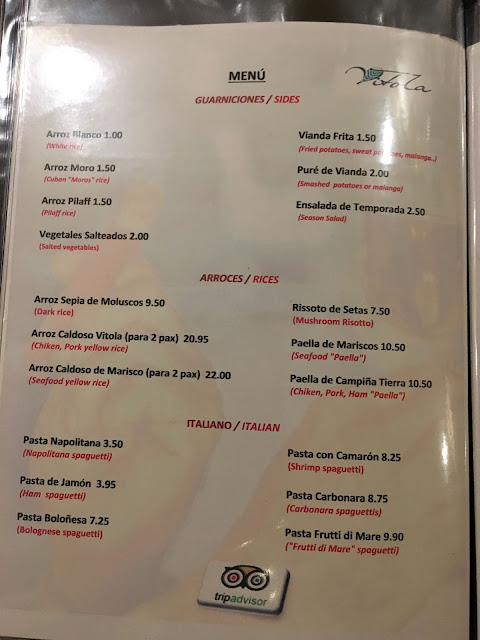 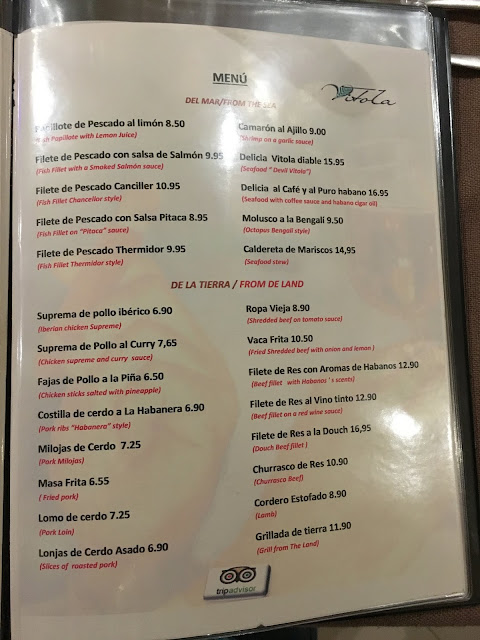 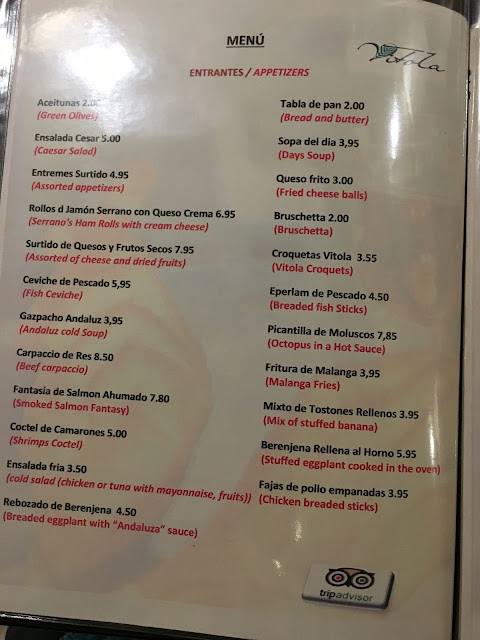 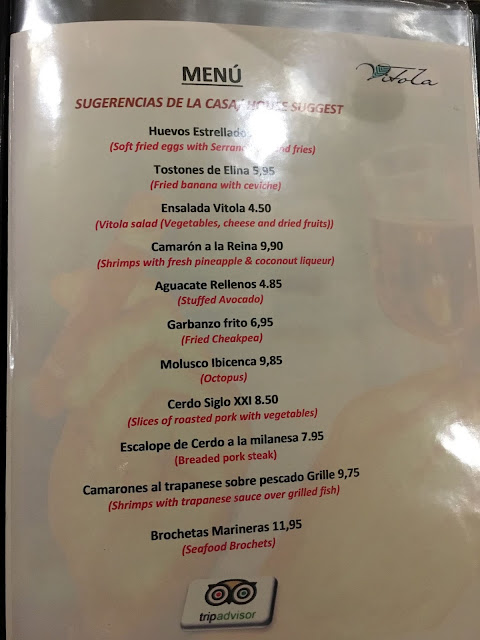 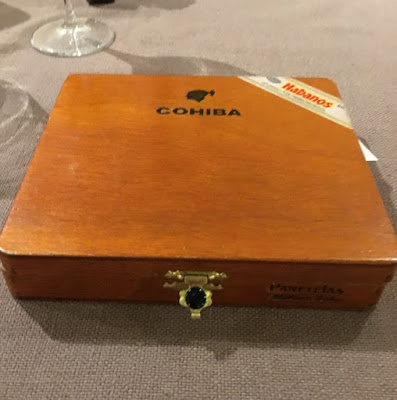 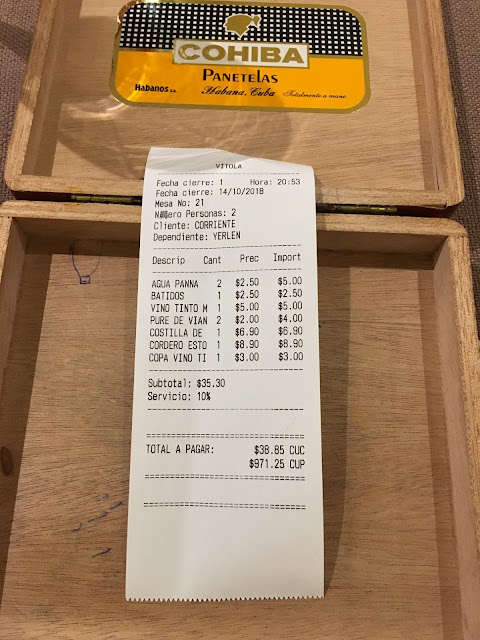