I really don't have anything to say about the artist. His paintings were being show on the ground floor of the Jose Marti Memorial in the Plaza de La Revolucion. That's that tall pointed building. He wasn't there and when I checked the internet there wasn't anything there except a site listing some of his paintings for sale.   http://www.artesolgallery.com/cuban_artists/Enrique_Avila/
I decided to show all the paintings. I hope some of you like them, they were a little bit busy?? for me. The collection is called 'Energias Ocultas' which translated means Ocult Energies. 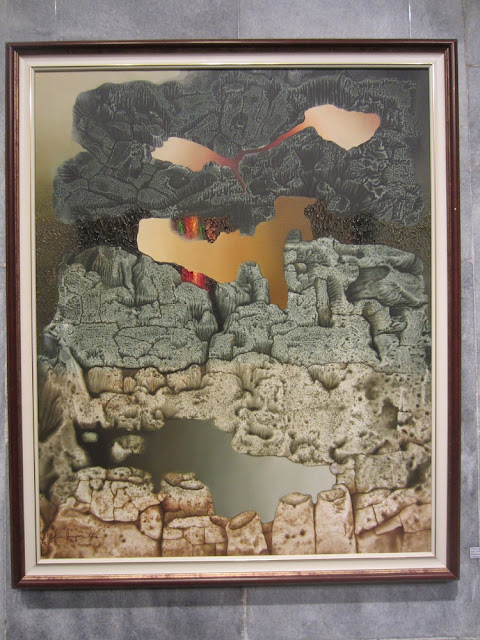 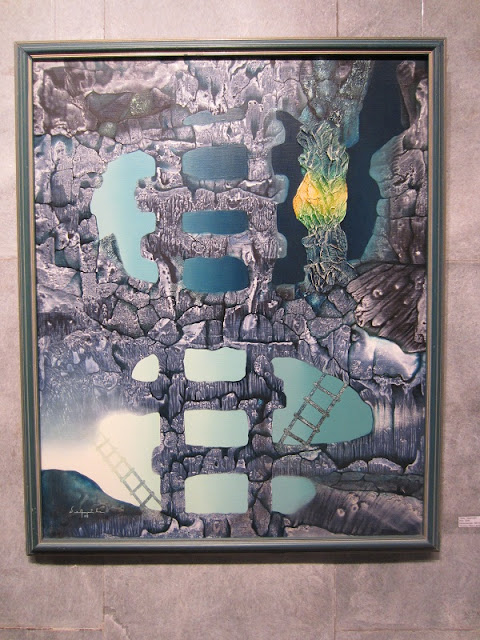 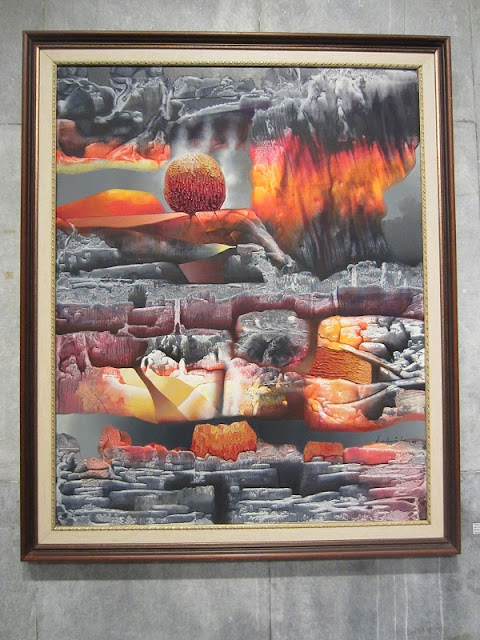 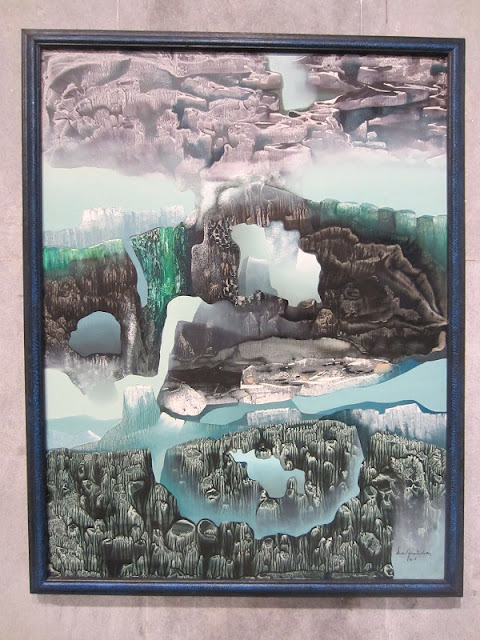 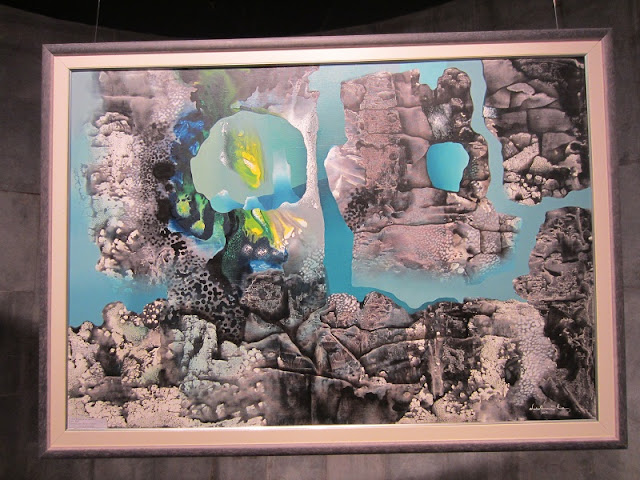 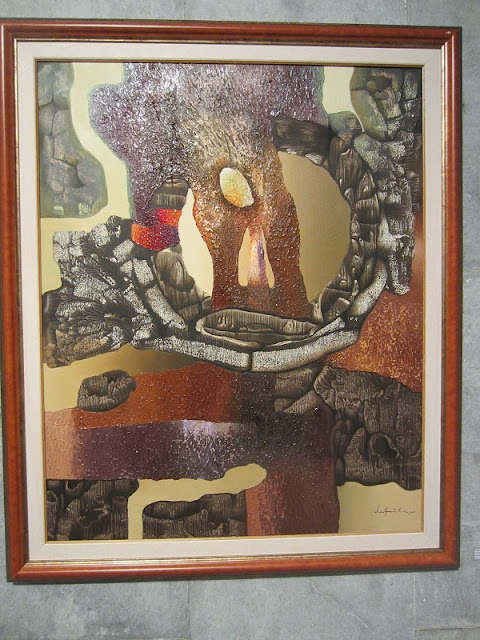 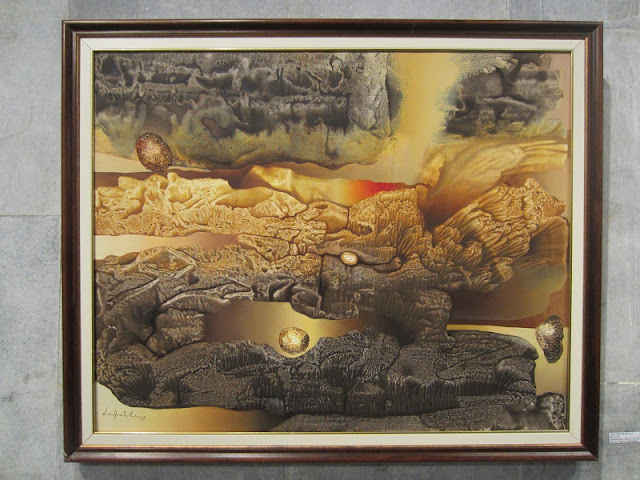 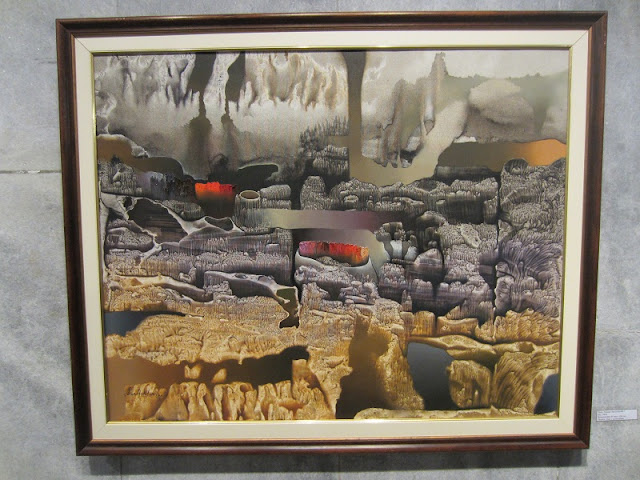 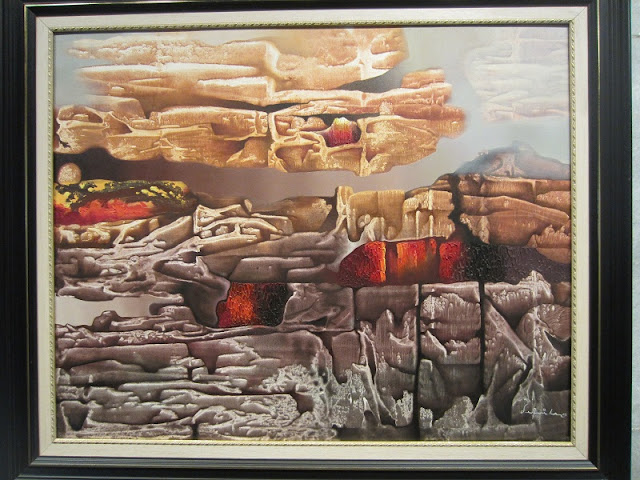 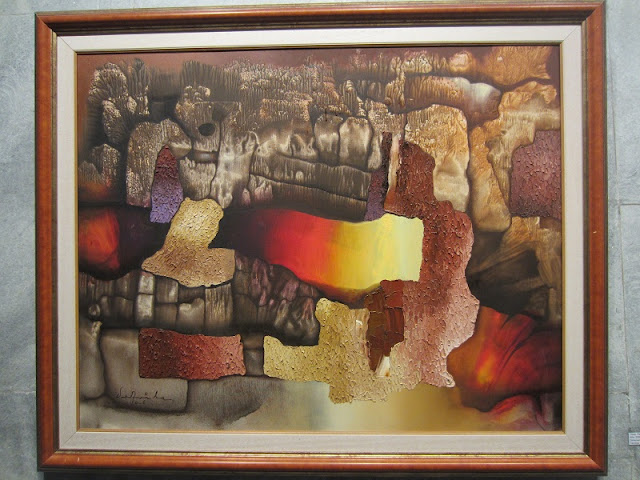 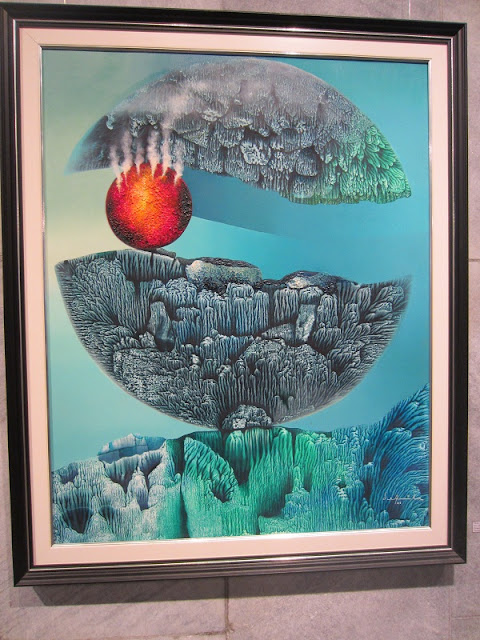 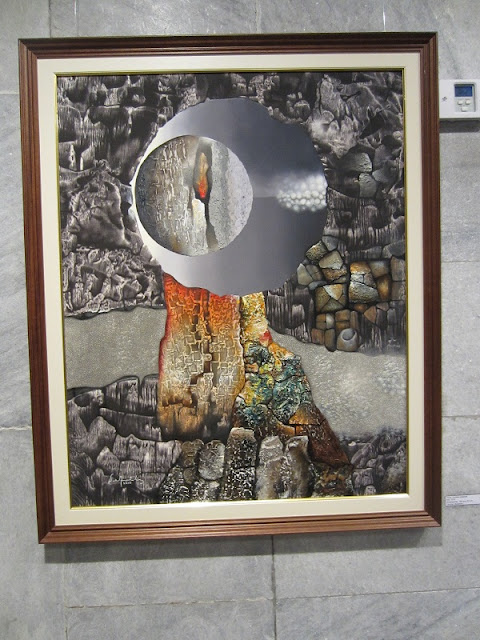 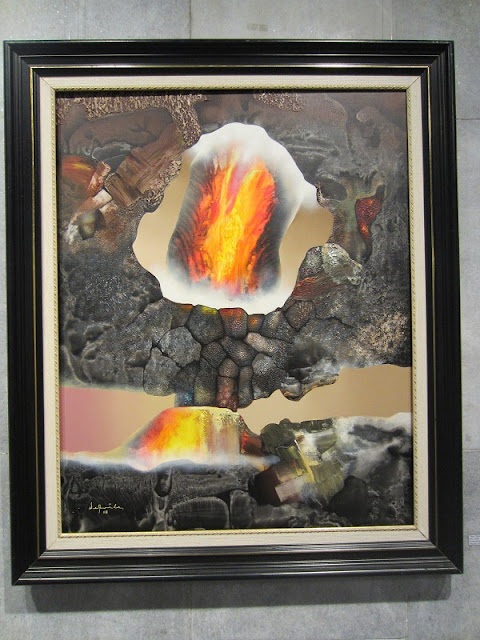 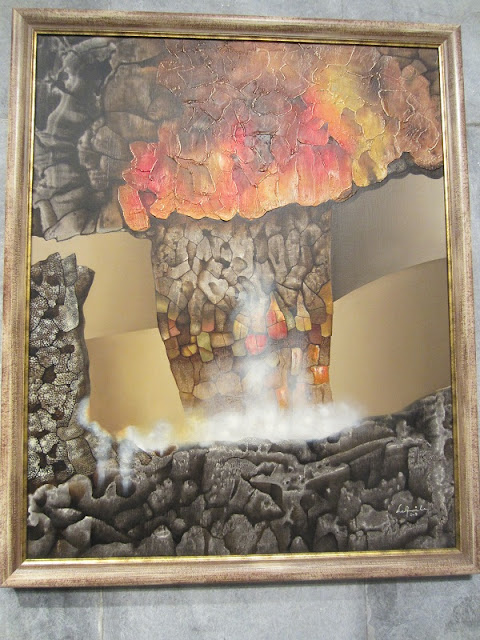 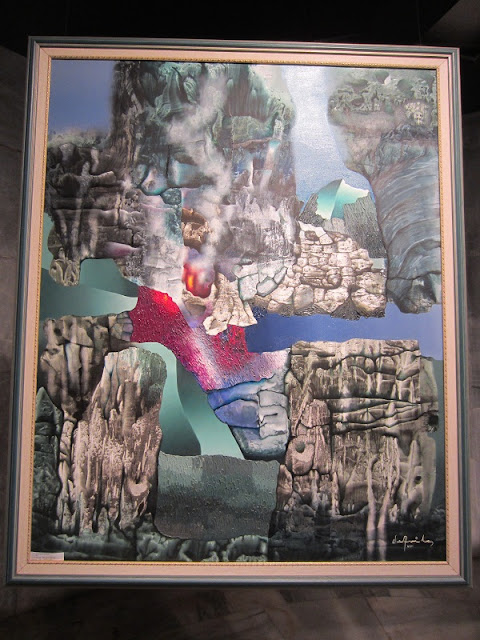 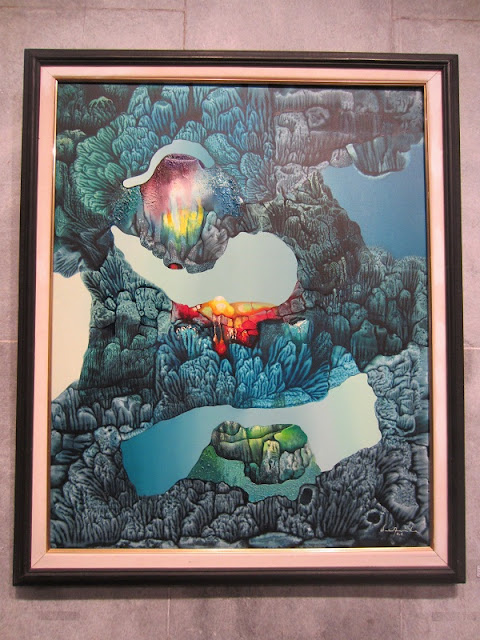