This was my first 2011 short piramide. It was a gift from a friend. I had intentions of picking up a box but after smoking this one I'm going to have to try another to convince myself.
The wrapper was dark, bumpy and oily. It wasn't as dark as the cohibas. It was also quite firm, hard. I drank a rum from Guyana with it, the 12 year old El Dorado which went well with the smoke. From the start it was a good solid medium body, earthy, almost maduro flavour but not as strong or bitter. Great draw but the burn was a little uneven. Almost halfway through the cigar started to become bitter. I flicked the ash and noticed the cigar was burning hotter in the middle. By the time I adjusted the burn the cigar had taken an unpleasant turn for the worst. It had begun to taste very harsh. That's when I put it down. A little less than half was left.
I'll try another one before I pass judgement and keep a better eye on it when I'm smoking, don't let the ash get too long. If the next one tastes as good in the 2nd half as this one did in the first, then it's a great smoke. Regardless, a couple of years will do them some good. It's a typical Hoyo flavour and will go great with your morning coffee or on an afternoon break. 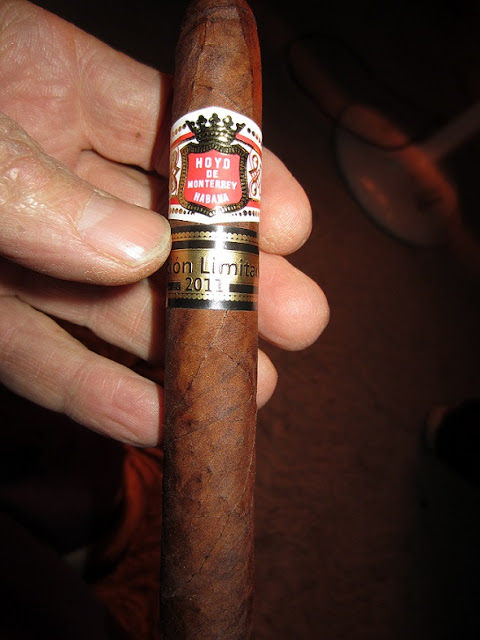 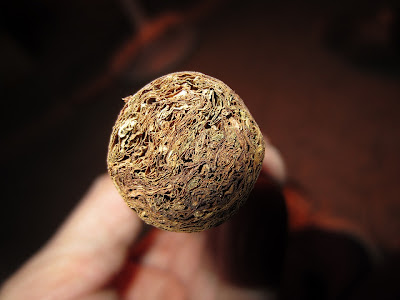 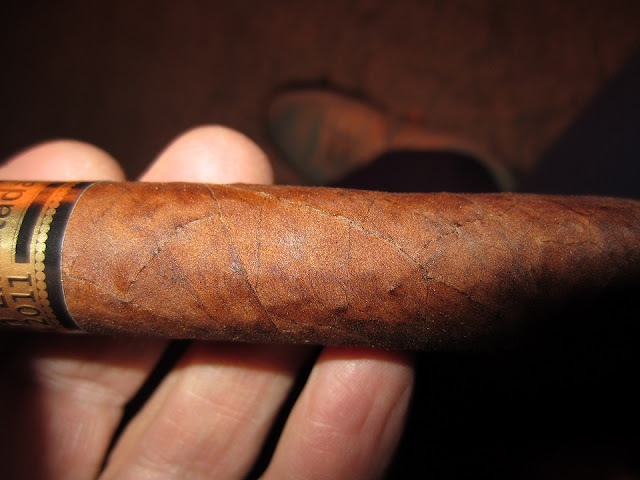 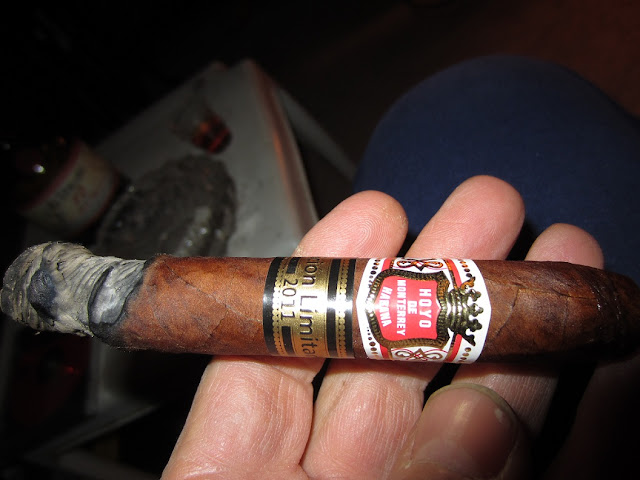 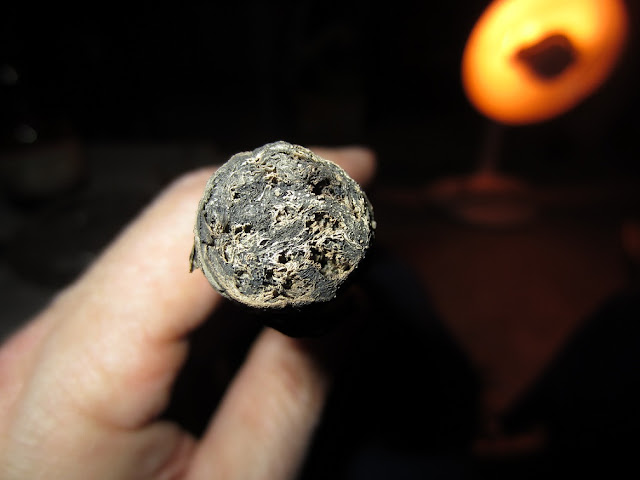 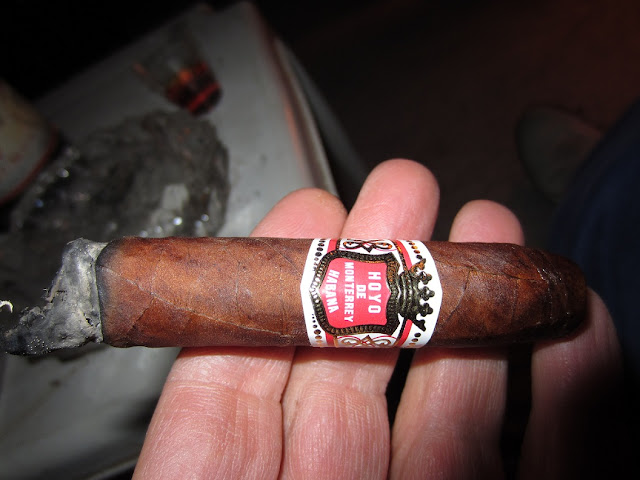