I picked up this box dated July 2010 just last month in Havana. I love this vitola when I have the time to smoke one. I couldn't wait until I got home to Canada to smoke one so I tried one while I was there. The first one was too tight, the draw was way too firm so I threw it out. I sparked up another right away and it was perfect. I don't review cigars when I'm in Cuba but I can tell you it was outstanding, exactly how I remembered them. I had a third one a couple of weeks ago on a two hour road trip. It too was fine but because of the open windows it burned poorly and I believe that affected the flavour somewhat. This is the fourth one I smoke, I had it last week under perfect conditions. It was a glorious day so I sat out in the backyard to enjoy this wonderful cigar.
I have a habit of wetting my cigar before cutting it, this one was a little salty on the tongue. This cigar was a darker shade of brown but didn't look like a maduro. The veinless, oily wrapper was a little bumpy from cap to foot. It was as hard as a rock and I was worried it was going to be like the first one. The pre-light draw seemed promising, it felt like it was going to be fine and had a hint of cedar.
Upon lighting the draw was just a little firm but I was still able to get a fair bit of smoke. The burn was a bit off but the draw opened up. I was picking up flavours of wood and leather. I wasn't touching up the cigar, I was waiting to see if it would adjust itself and it did at around the 1/2" mark. This cigar was a good solid medium body. I just started drinking a coffee and that put a little balance to the flavours. I started smoking this cigar indoors so I flicked the ash. It was burning perfectly, I was left with a nice little cone ash. The flavours now were a little nutty with leather undertones. It was a little stronger than a medium now.
As I got to the first quarter mark, the burn was off and I touched it up. The flavours were softening up. The burn stayed even through to the halfway point and I was picking up a hint of tea. This is a very pleasant smoke, these cigars are only going to get better with time but are smoking well right now. I can say at this point, this is going to be a great box of cigars. At the halfway mark it tastes good, is burning nicely and drawing well. It's becoming a milder smoke and I just got a hit of bitterness.
Past the halfway point the cigar was burning slightly hotter through the middle. I noticed after flicking the ash but decided not to touch it up just yet. Getting a lot of smoke from this cigar and that bitterness was just a passing thing, it's long gone. Now getting tea, earth and wood halfway through the third quarter. Nearing the last quarter and this cigar is still smoking well. The flavours haven't changed much through this quarter, still getting tea and wood and it's almost a mild smoke now.
At the last quarter the cigar was still burning hot through the middle so I touched it up. Passing into the last quarter and this cigar is never ending, just beautiful. Picking up a little strength now and a touch pepper on the tongue. I spoke too soon, burning hot through the middle now and getting a bit bitter. Touched it up and smoking fine but it's on it's last leg. It began to turn and I think that was it, I put her down.
Excellent smoke, I don't think these cigars can get much better than this. A little time may balance the flavours a bit but they're smoking beautifully right now. I'm glad I picked up two boxes. 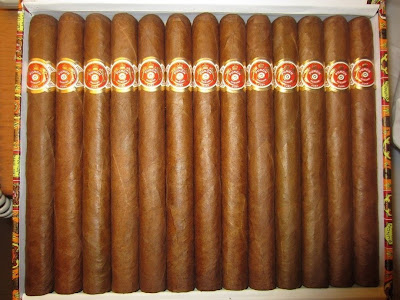 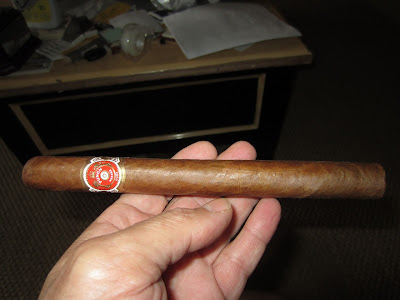 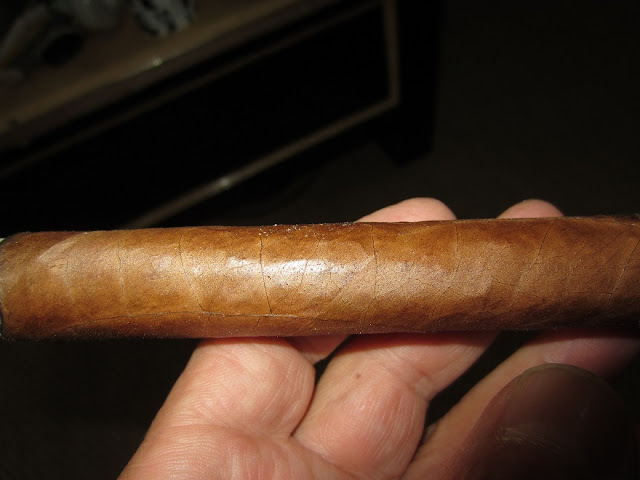 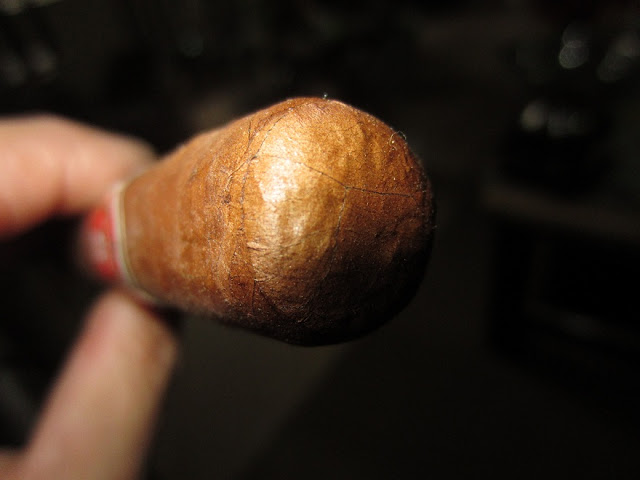 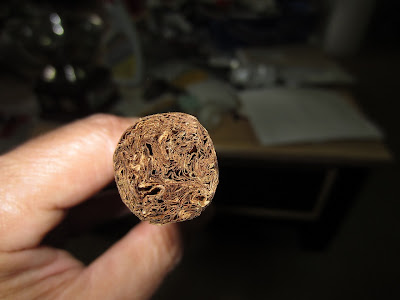 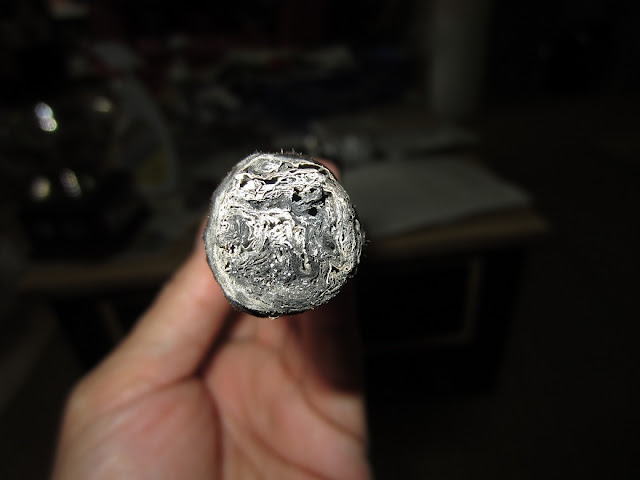 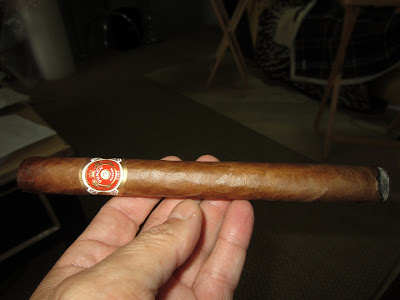 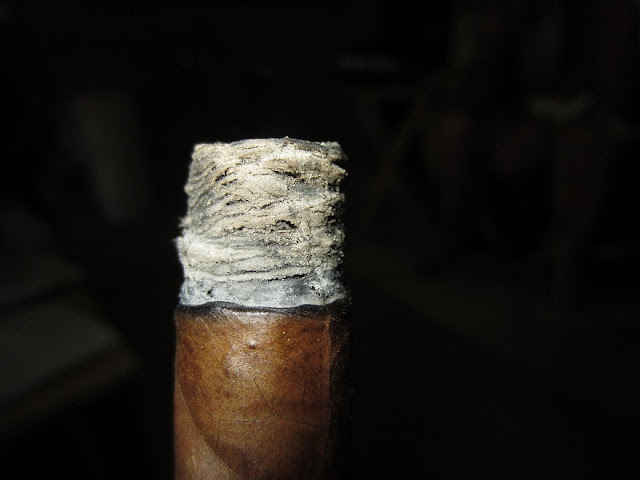 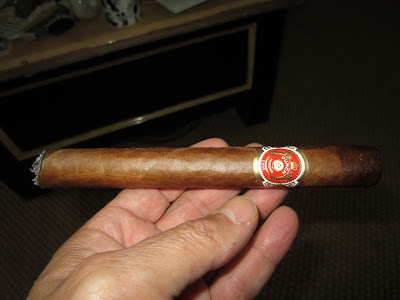 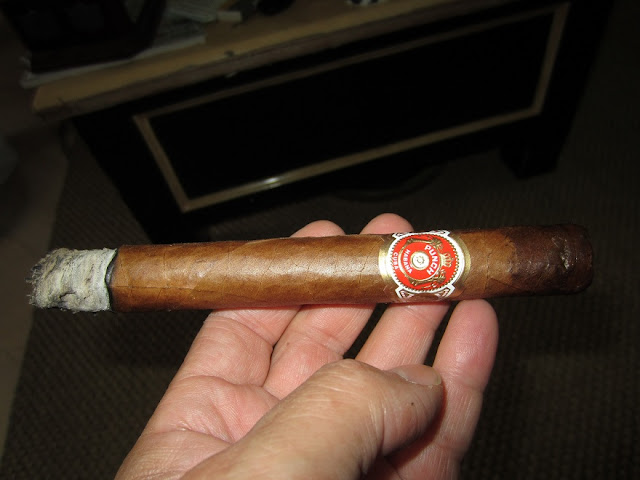 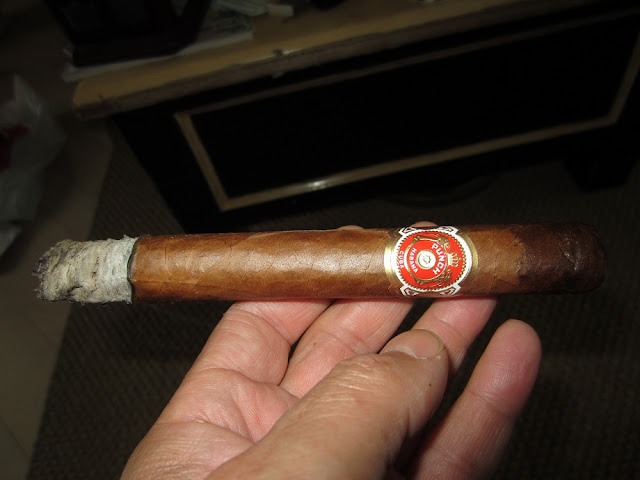 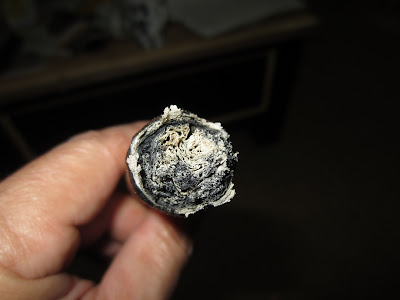 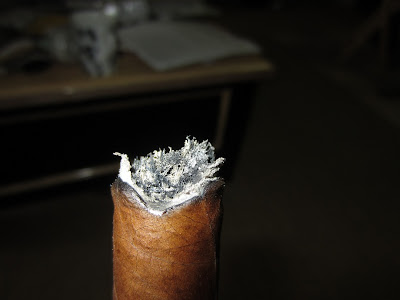 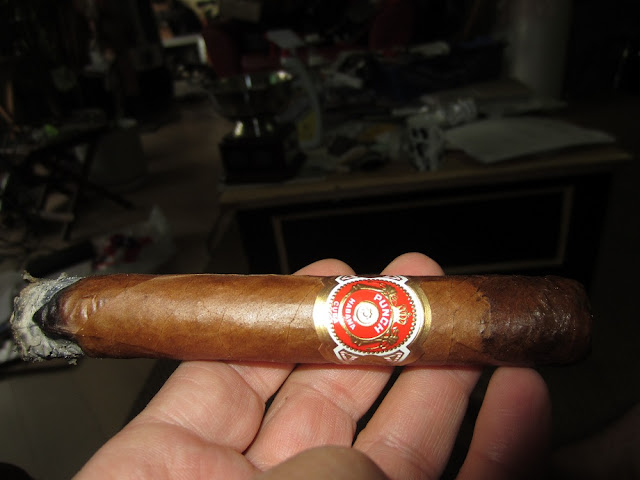 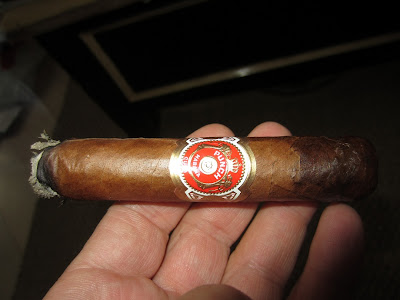 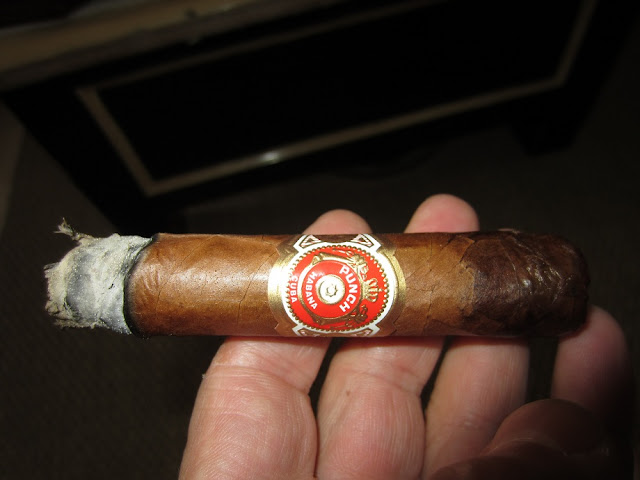 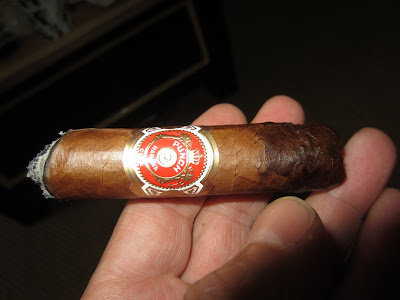 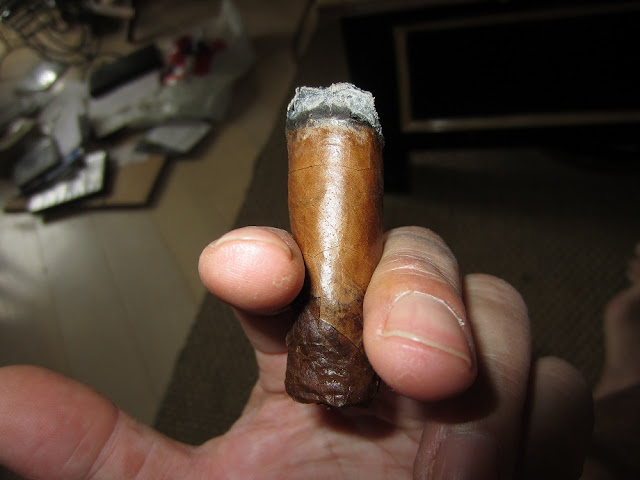 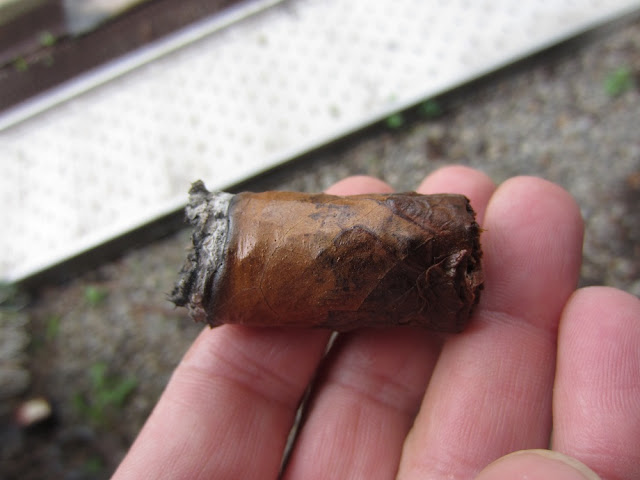