This is definitely one of my favourite cigar shops to visit while I'm in Havana and a lot of that has to do with it's director and master roller Reinaldo Gonzalez. I had the good fortune of meeting this gentleman a few years ago when I was first being introduced to many of the personalities I know today in the cigar world. Since meeting him he's always been at this location, in fact he's been here the last 13 years. I make it a point to visit him at least once while I'm town and pick up a few of his signature Cañonazos that he's famous for. These sticks are 6" x 56 and one of my favourite vitolas. These were only rolled with a dark wrapper in the past but due to the demand he's begun rolling them with a light wrapper as well. I prefer them this way, I found the dark wrapper version too strong to smoke for my taste. I found Reynaldo in the middle of some light renovations. He was nailing cigar boxes, empty of course, onto the low ceiling of the the cigar shop. It certainly added to the decor, something I noticed this shop is very much into. When I came to visit in February, during the Cigar Festival, I found him topping his floor completely with tobacco so you were walking on a floor of tobacco. It has since been removed but it was the talk of the town for a bit.
Reynaldo started his carrier in the tobacco industry 25 years ago when he was 23 years old. He is one of the youngest people to hold his position at almost 48 years of age. He began at the "Jose Luis Piedra" factory in the Municipio of Marianao in Havana and around 1990 moved on to the Partagas factory where he stayed on for about 9 years. Since then he's been at the "Conde de Villanueva" La Casa De Habanos (LCDH) shop. Many members of his family have been in the industry such as mother, who is no longer with us, having been a roller at the same factory where Reinaldo started his career. Reinaldo claims to have been influenced by all of them. When asked if there's anything else he wishes he could have done....he hesitates before answering. He wants to say no but answers, "Medicine, to be a doctor." Then he says, "Funny....that's a little contradictory since I'm now selling or promoting things that are hazardous for your health." We both laugh at the notion as we puff away on our cigars.
He was married for 26 years until about 10 months ago when his wife died. He has a daughter who is 21 and a son that's 25. The son was working with him at the shop while I was visiting last week. Reynaldo lives in the Municipality of La Lisa located in the outer rim of the city of Havana about a 25-30 minute drive to his shop in Old Havana. His father who is a 76 year old retired machinery mechanic lives close by in La Lisa as well.
His favourite vitola to roll and smoke is the Cañonazo that I love so much. He also has an affinity for the Salomone vitola. His best memory of all his years in the industry was when he did his tour of promotion in Asia. Although he couldn't speak the language he was able to communicate through his cigars. He realized that while rolling his cigars they had no language barrier. Many famous people have come to visit his shop through the years with the most notable being Michael Douglas when he visited the island a few years ago. Others include the presidents of Spain and Chile and the Prince of Arabia to name a few. I asked him how Michael Douglas found his place and he answered through "Cigar Aficionado" magazine. This is not the easiest place to find if you don't know where to look. "Cigar Aficionado" has been plugging this place for years. Most of the business here is word of mouth. Reynaldo is one of those elite rollers that is known throughout the world by Aficionados everywhere. He says he doesn't enter any competitions anymore and that they should be left to the factory workers. His competition he says is within himself to produce the best possible product for his customers. He has been to Spain and Germany many times to promote Cuban cigars and many of his customers come from there as well as Italy, France and Canada.
Like with all my other visits, Reynaldo was a great host who's always ready with an espresso and then my favourite question, "What do you want to smoke?" I picked up a few (not enough) of the Cañonazos and a couple of a vitola I hadn't tried yet, something a little longer than a Laguito Especial (8"x40). I'm embarrassed to say I haven't tried too many of his vitolas. I'm looking forward to trying this new one I got and will let you know about it when I do.
Pay him a visit if you're ever in Havana and when you do please tell him Matteo from Canada says hello. I'm sure it will put a smile on his face. 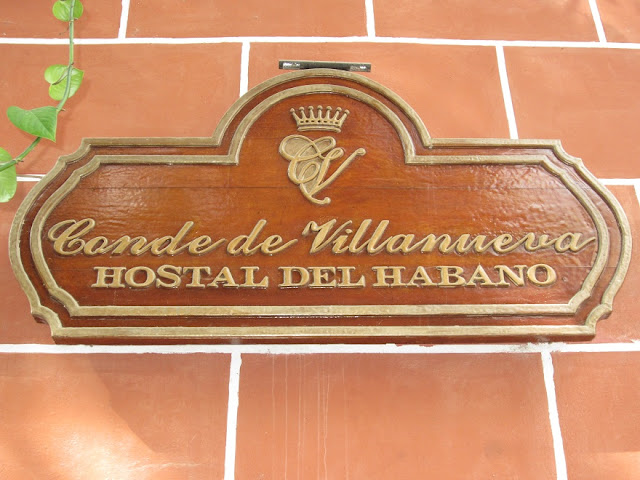 Years ago when I first met Reynaldo. (below) 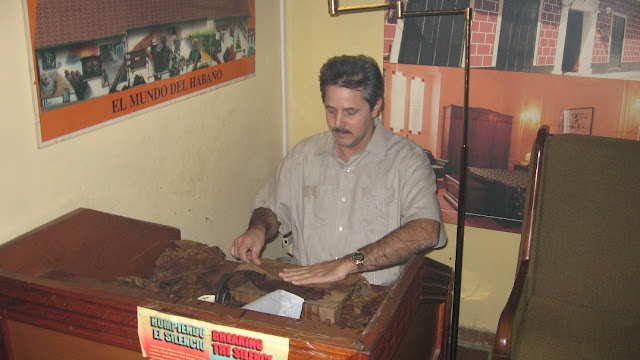 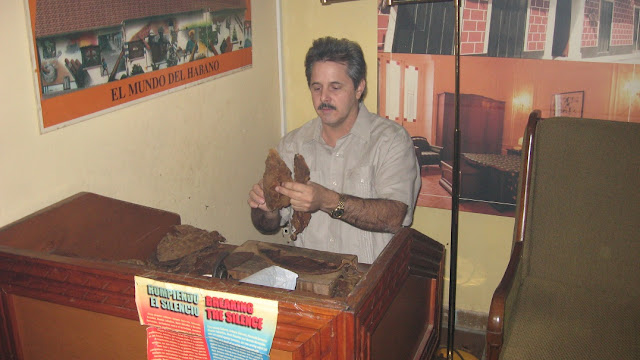 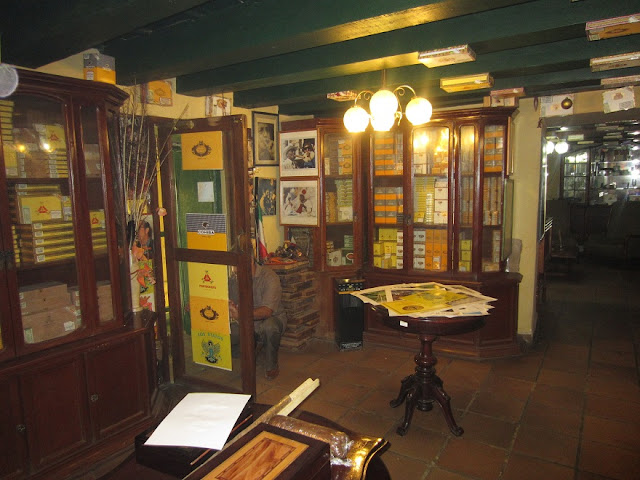 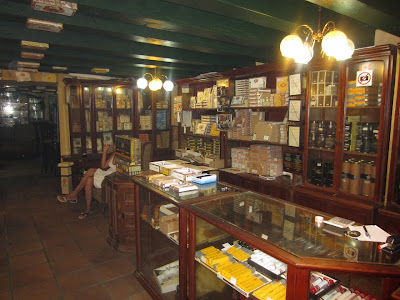 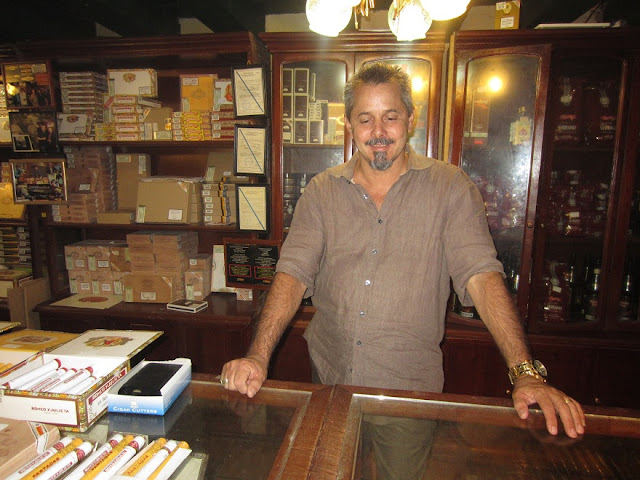 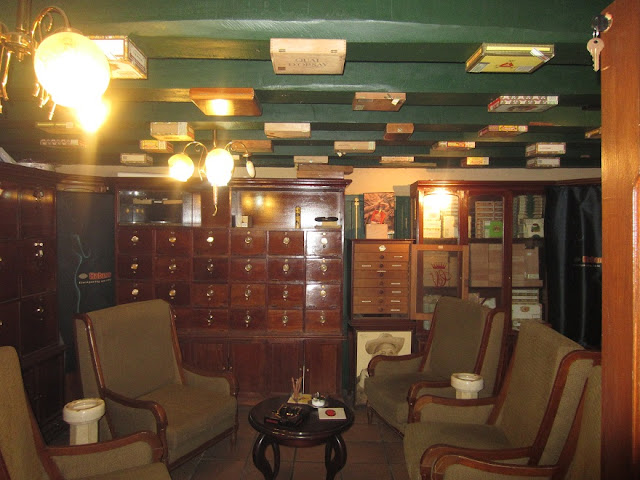 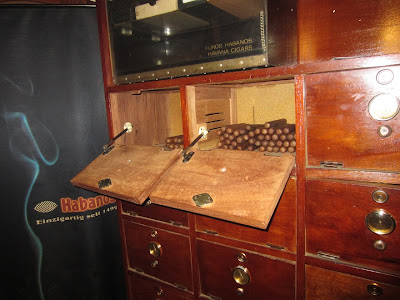 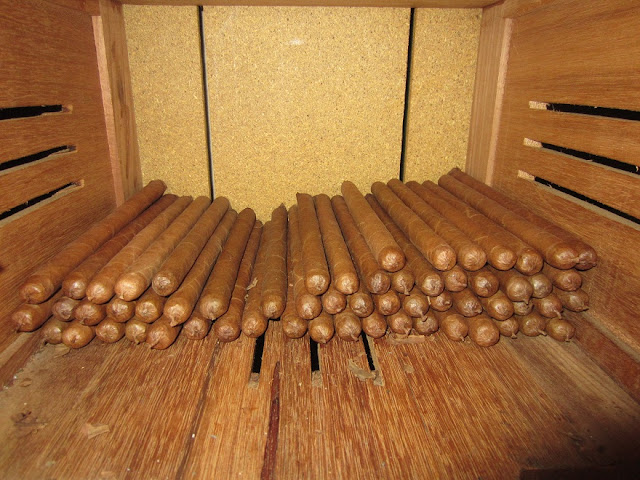 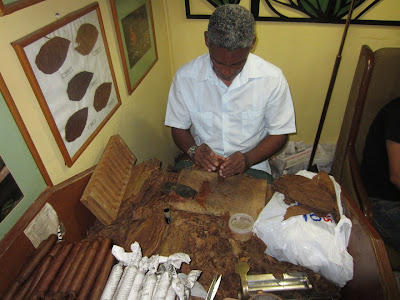 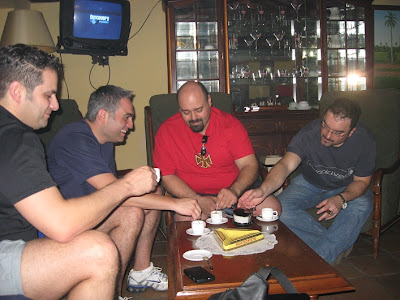 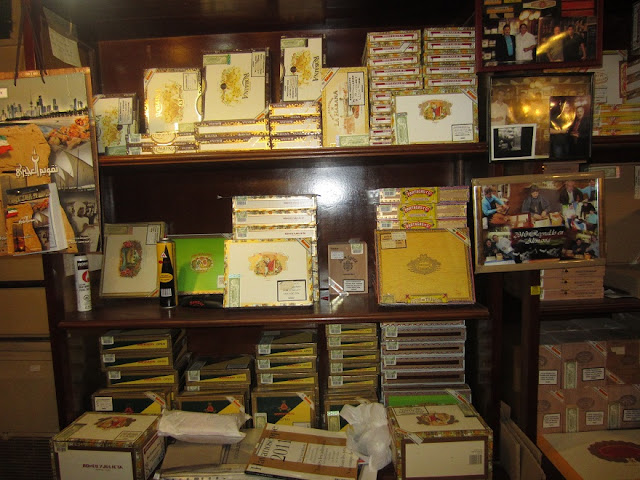 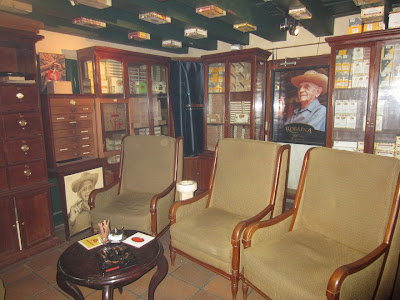 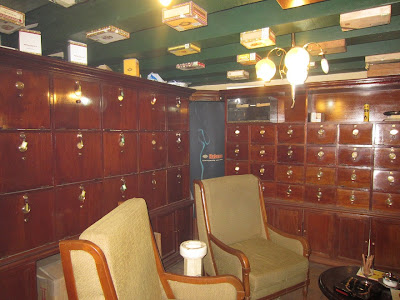 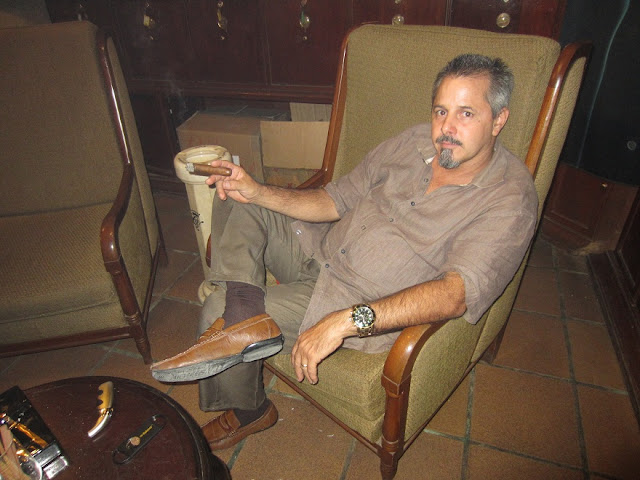