Nestled within the comfy confines of the worlds best tobacco plantations lies the sleepy little town of San Luis. You wouldn't think to find much of anything other than tobacco, curing barns and livestock out this way but there it was....culture, art, imagination, opinion. It had occurred to me on this trip that the talent of this small island nation can be hidden anywhere, even in a sparsely populated rural area that's dedicated the last few centuries to cultivating the best cigar tobacco in the world.
On an almost cool November evening, walking back to our room after dinner, we stopped in on the town's cultural hall. In this space, on this evening, it was being used to show some of the works of two young artists; Roberto Martinez and Carlos Javier Abreu.
Carlos Javier Abreu Diaz was born December 9, 1990 in the Province of Pinar del Rio in the town of San Luis. He graduated from Art School in 2009. Today he lives outside the town of San Luis. He has never been to Havana, the Big City, where Art and Music is everywhere. It's his hope to be discovered and one day be one of those artists in the Galleries in Havana or elsewhere.
He has been showing his works regularly over the last year but only locally. "The Revolution Now" in June 2011 and "Fuente de Enrgia" (fountain of energy) in April 2012. The current Expo I visited in San Luis was where the other two where held. This expo that was shared with another artist was called "Grande Pesos y Otras Payasadas" (big burdens and other clowning).
His début has gone beyond what was anticipated of him. In his latest effort, the art doesn't reveal anything new in the way of social issues haunting the youth of today in Cuba. It does however show that he's calibrated his tools, which is the ink and the canvas or paper he draws on. Art has changed a lot through the years especially in the way of freedom of what is allowed to be shown. The youth of today, Carlos being one of them, are part of the force in Cuba today that are helping to change the country.
I met Carlos this night and found him to be a shy, polite and soft-spoken young man. He seemed to have an energy about him, a drive. I wished him all the best and good luck with his career. I wished there was more I could do. I'm sure I will see this young man again, San Luis is a small town.
Below are some shots taken at the expo this November and also some other stuff he's done this past year. He's only 22, he has a long career ahead of him if he continues on this path. 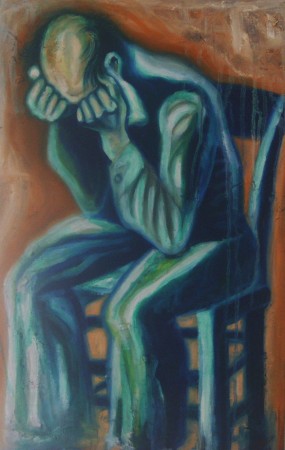 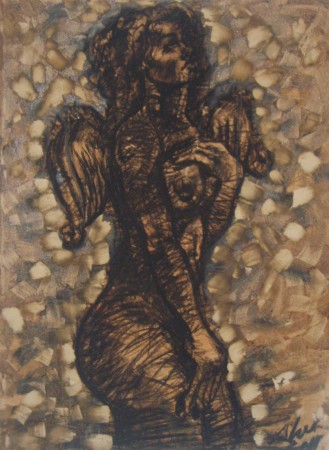 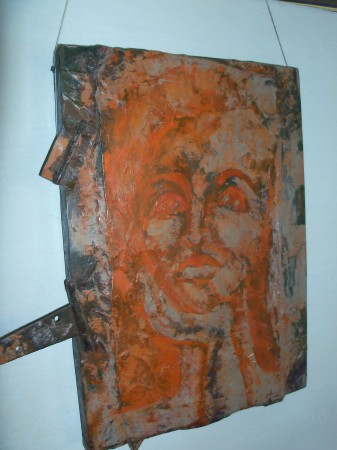 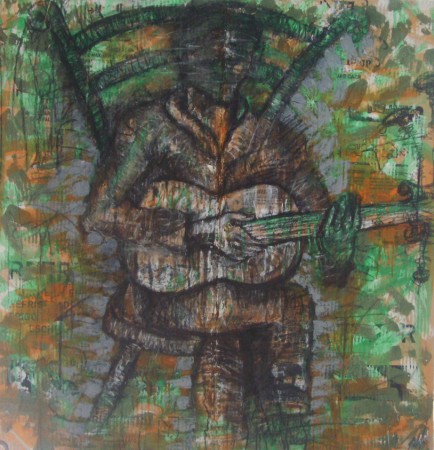 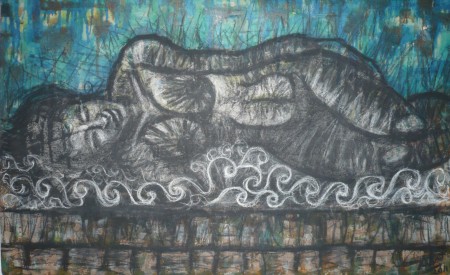 Below are pics of the Expo this November. 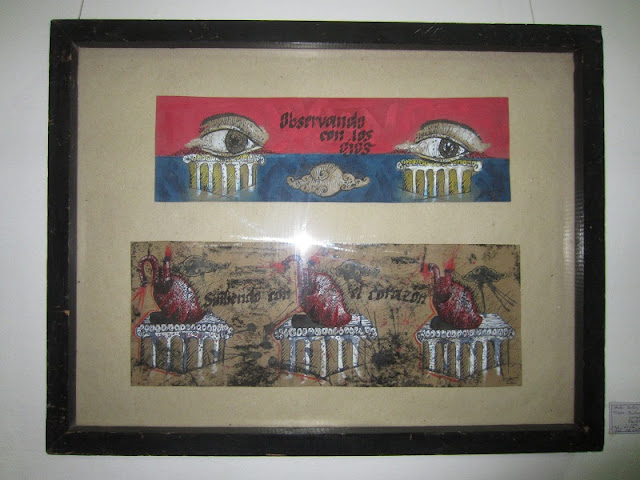 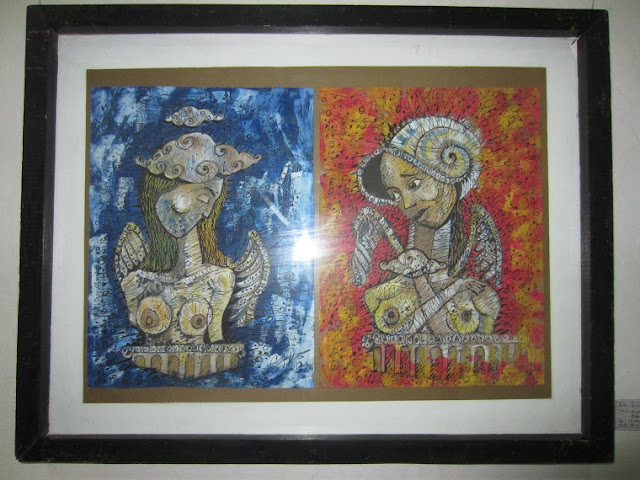 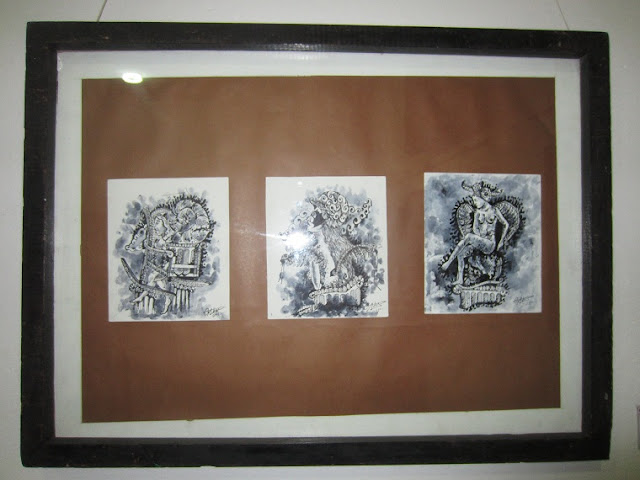 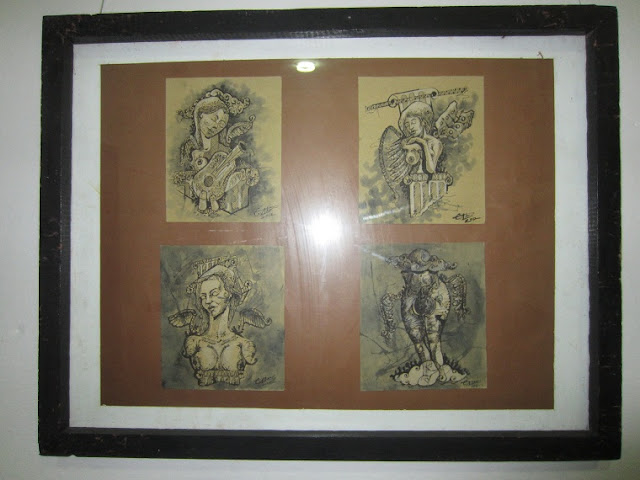 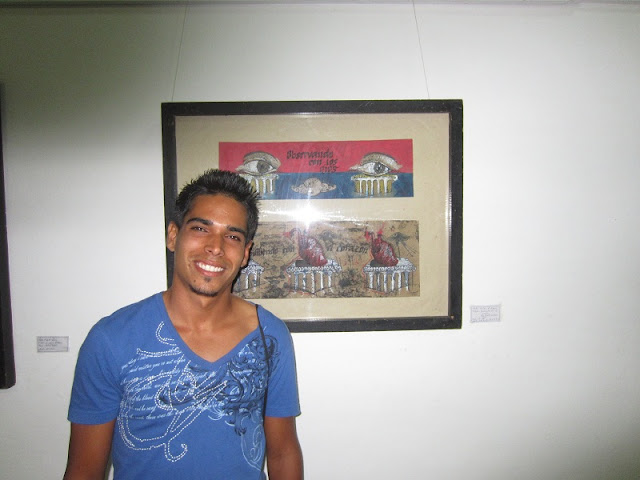 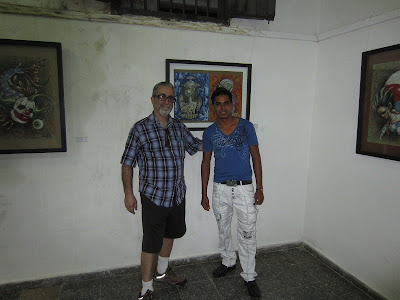