If you come to Havana, a visit to the Plaza de La Catedral is a must. A national monument since 1976 and a UNESCO World Heritage Site in 1982, besides the church that the Square is named after there's a whole lot more to see in and around the Plaza. The house/museum, one of the oldest residences in the Plaza, is one of the sites. La Bodeguita del Medio (where the mojito was invented) is just 50 meters outside the Plaza but there's a lot more going on if one cares to explore. The Casa de Don Luis Chacon or what it's known as today, Museo de Arte Colonial, is on the opposite side of the Plaza in relation to the church. This majestic structure was built as a residence in 1720 by the 'then' three-time Military Governor of Cuba, Don Luis Chacon, who had married off his daughter to the first count of Casa Bayona. The house is typical of the architecture of the time with two floors and a central courtyard.
Since then it has gone through some transformations, like many of the other large colonial mansions. After having been a house of the rich, by the 19th century it was the property of the College of Notaries, later the newspaper "La Discusión", acquired by the commercial firm "Arechabala" for its offices and finally in the 1930's it housed the Havana Club Bar and used by Graham Greene as a setting for a scene in the movie 'Our Man in Havana'. In 1963 the National Commission for Museums and Monuments rescued it from further changes and by 1969 it was inaugurated the Museum of Colonial Art. Today it houses a permanent exhibition showing furniture, decorative arts, architectural elements, latches and blacksmith elements, windows, doors, stained glass windows and much more. It also has a room for temporary exhibits on the ground floor where at the time of my last visit they were showing an artist's ceramic works. In some rooms they've even recreated a setting (a sitting room, a bedroom) so tourists can imagine what life would have been like centuries ago in Havana. The furniture is from the 17th-19th centuries and may not have necessarily been in this particular house but was from somewhere in the city at some time.
There isn't much more information on this house but if you make your way to this Plaza it's worth a visit. There is no cost to enter and it shouldn't take too long to walk through and take a few pictures....about 15-30 minutes depending on the individual. 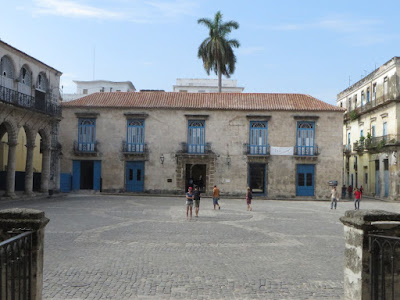 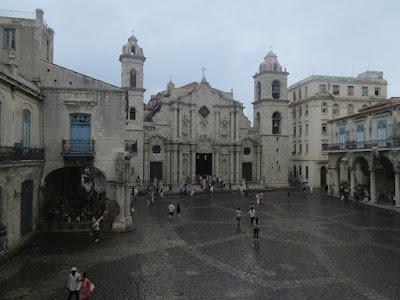 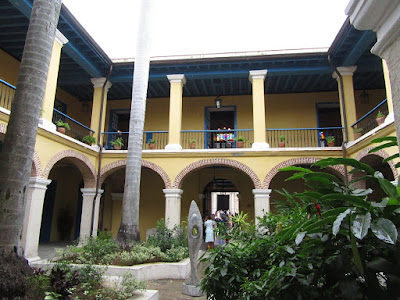 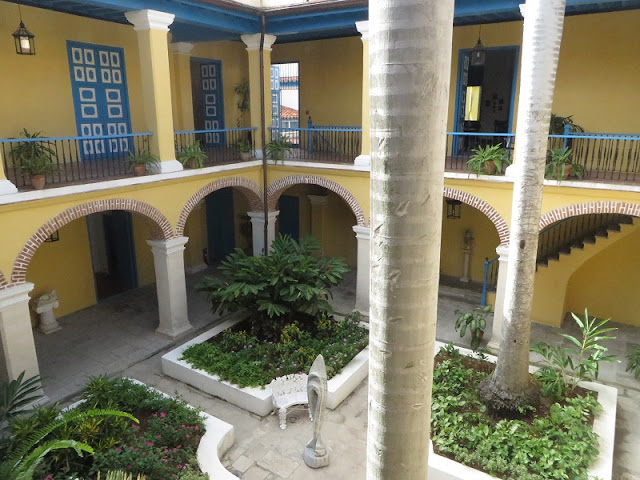 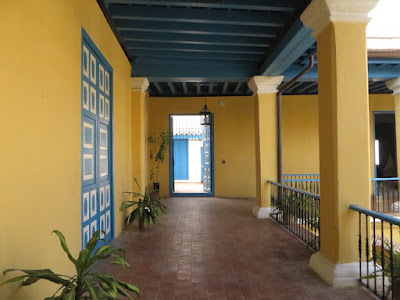 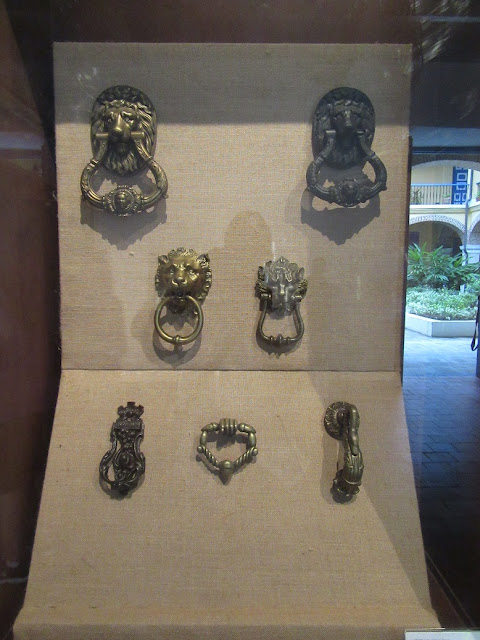 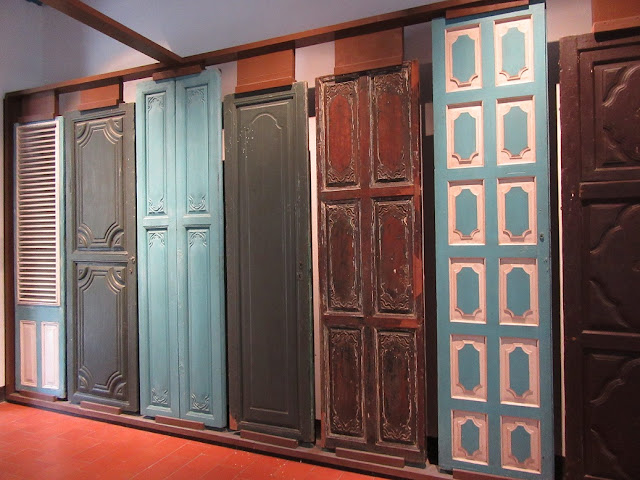 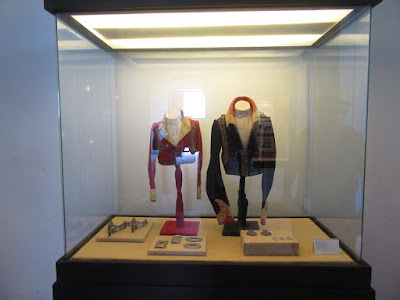 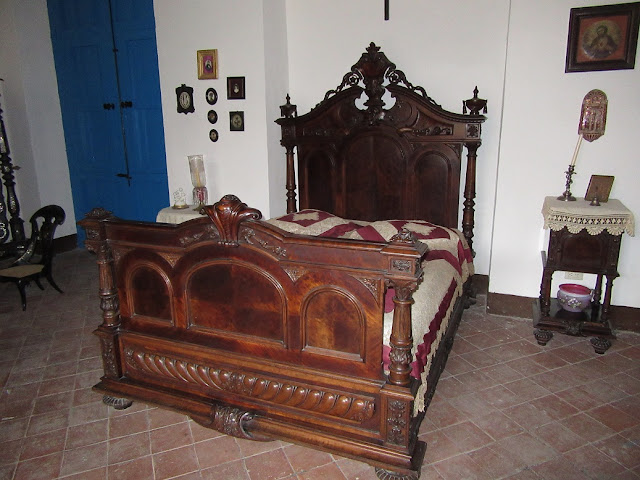 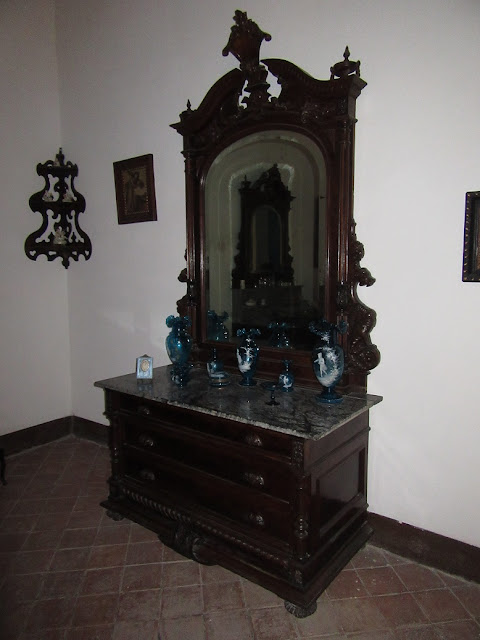 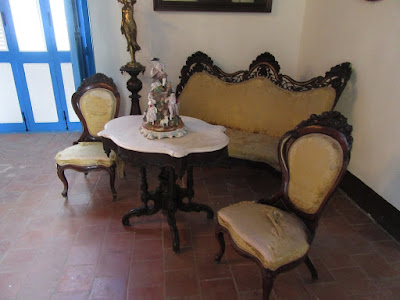 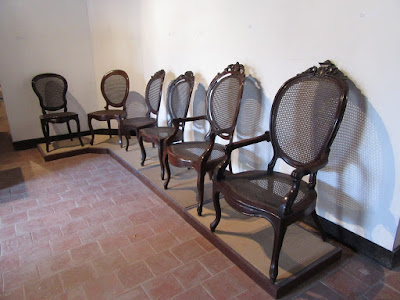 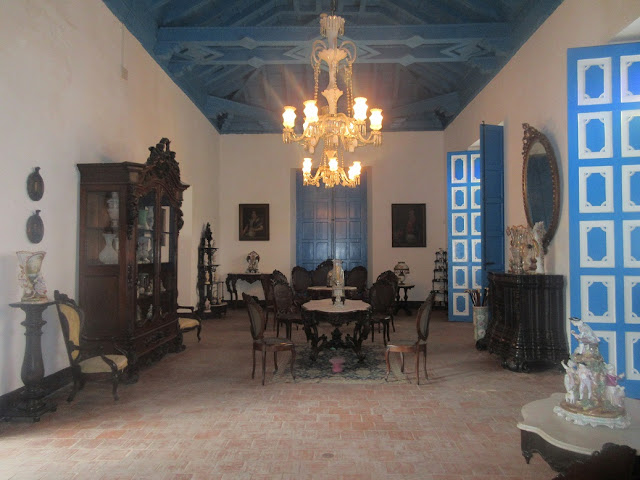 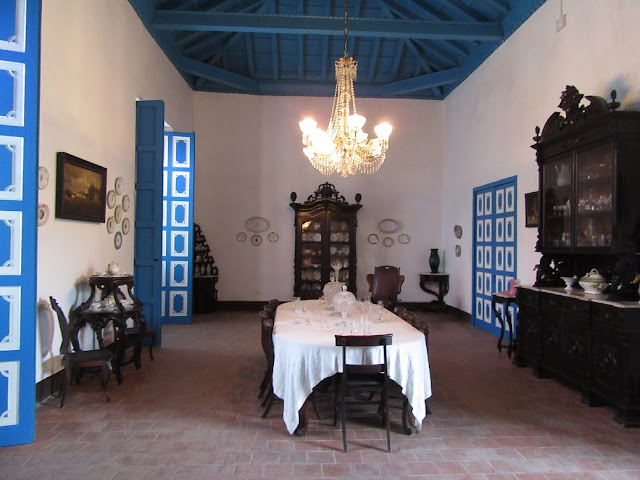 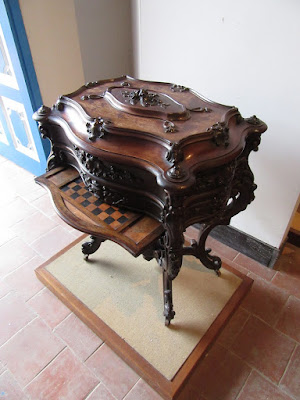 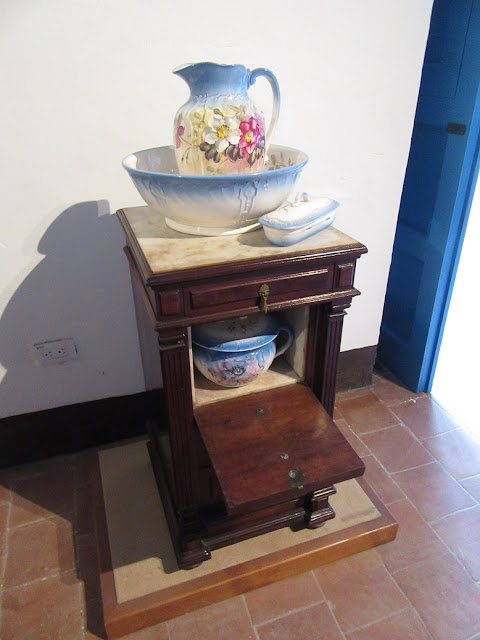 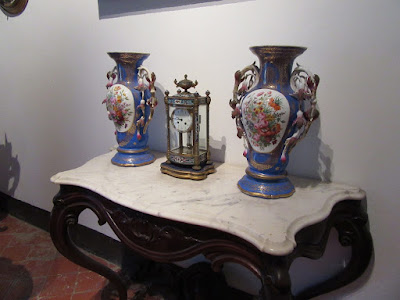 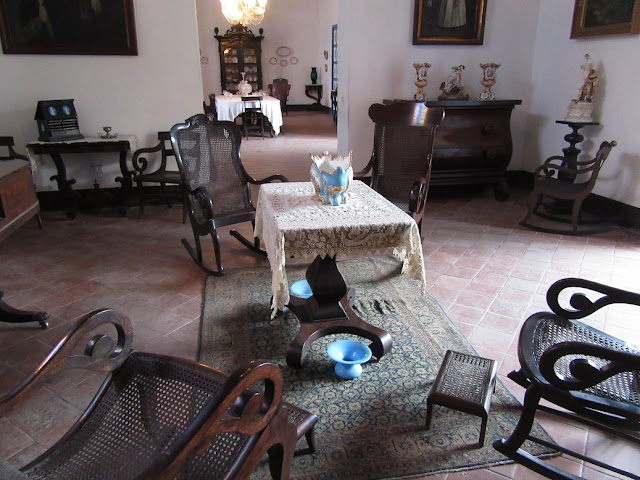 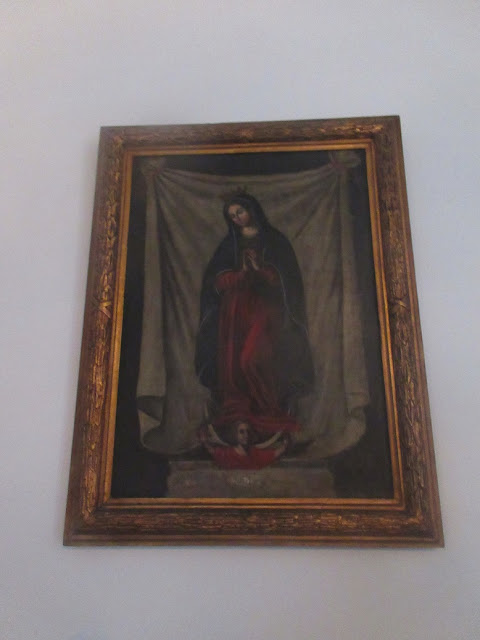 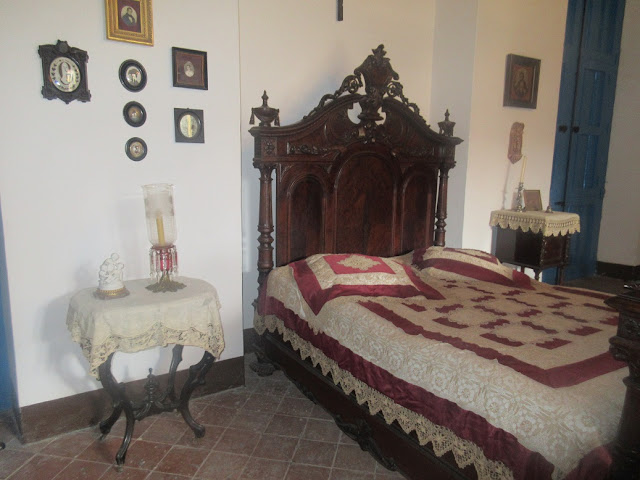 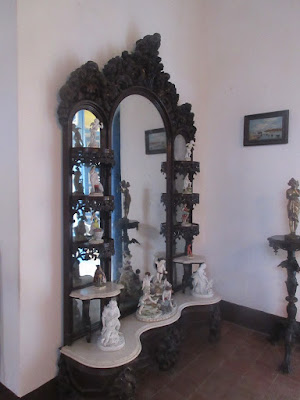 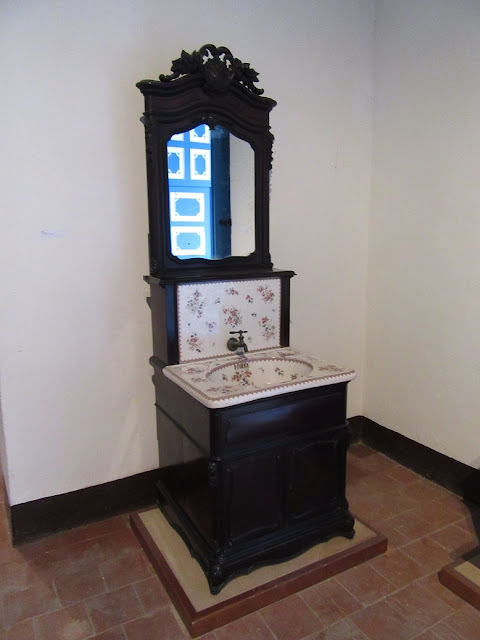 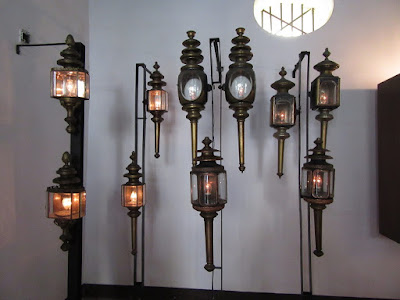 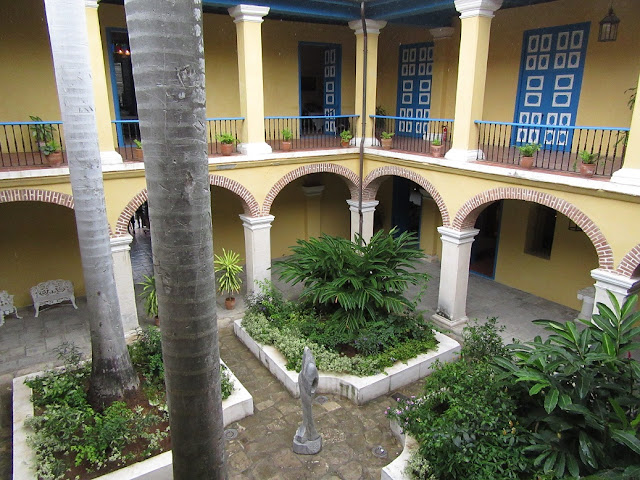 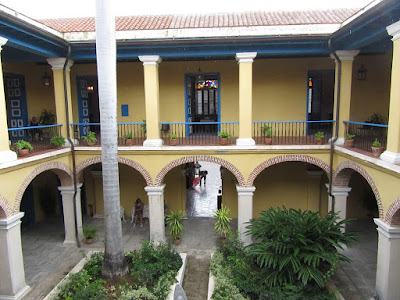