The Hupmann brothers, Herman and August, were bankers and ship owners who after opening a branch of their bank in Havana in 1840 decided to get into the cigar business. They opened their first factory on Calle San Miguel #85 in 1844 but by 1874 with increasing demand they moved to Calle Cuba #64. The larger space wasn't enough and had to move once again by 1891 to a space that was famously known as "La Madama" on Calle Carlos III #159.
Through the years the H.Upmann brand received many accolades from exhibitions around the world winning gold medals from cities in Europe, Asia and North America. Their latest factory still wasn't enough and forced them to rent work space around the city to help with the production of the lesser brands that the company had acquired. A new factory was built in 1905 in the town of Calabazar 13 kilometers south of Havana on Calle Meyrelles #11. Between the two factories employing 1200 workers, it made them one of the largest producers of cigars in the country.
World War I was the beginning of the end of Hupmann family ownership of the company. Due to their ancestry being German, they were blacklisted and banking operations suspended until 1920. Eventually the banks and shipping company were closed and the cigar factories sold for well below market value. In 1922 the H.Upmann company along with all it's assets was bought by Frankau S.A., a British company, but sold to Menendez Garcia and Co. by 1936. Alonso Menendez and Jose Garcia, both of which were already in the cigar industry, had also registered Montecristo as a brand in 1935. There is some speculation as to how the was to be but once in the hands of Menendez and Garcia the Montecristo name had become world renowned. In 1944 they moved to Calle Amistad #407-409 behind the Partagas factory that was on Calle Industria in Centro Habana. Although there was a slight interruption after the revolution in 1960, production continued at this location until November 2003 after-which it moved to an old cigarette factory located on Calle 23 e/ 14 y 16 in the Vedado district.
It's been several years now that the Upmann factory has been operating out of the Romeo Y Julieta factory on Calle Belascoaín #852 entre Peñalver y Desagüe, Centro Habana while (it's been said) the Vedado location is under renovation. It seems that not too long after they moved into the new place, about 10 years, they've had terrible floods from water coming in through the roof. Sadly, I never got to see the old place on Amistad but I've had the fortune of visiting the new location several times before the renovations and the current one at RyJ. I remember seeing some of the same faces I saw years ago on previous visits. One thing hasn't changed, the quality of the cigars coming out of this factory are still some of the best, especially their Piramides. The Upmann factory is know to be the best for rolling the Piramide Vitola and that's why it's the only factory other that El Laguito that's been given the task to roll the Cohiba Piramide Extra. Of course there are always plenty of Montecristo's still being rolled with H.Upmann being the original Montecristo factory. 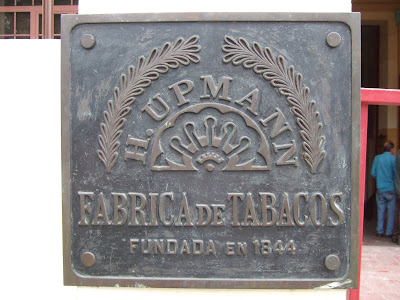 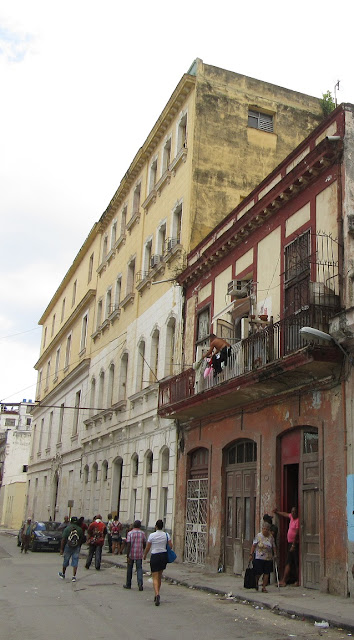 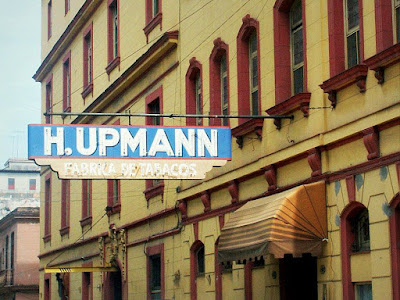 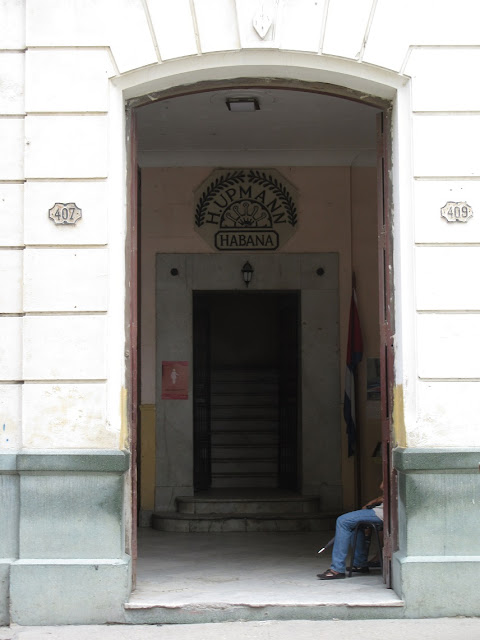 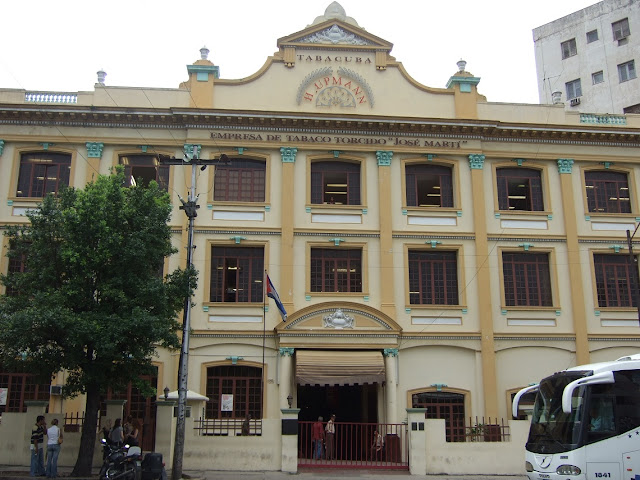 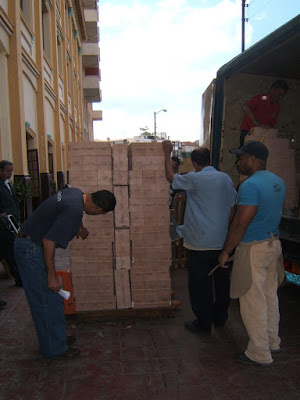 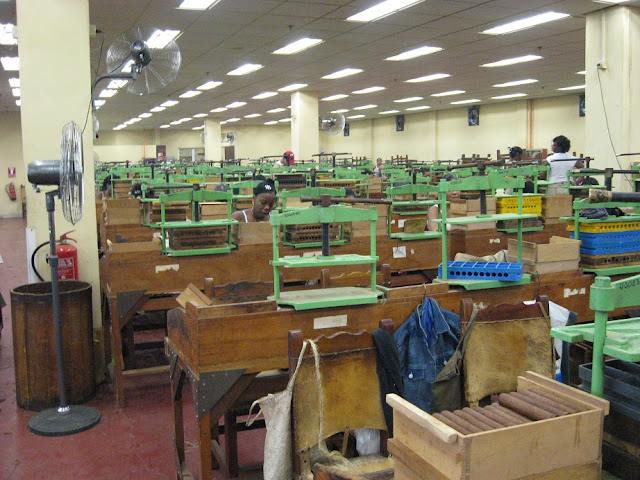 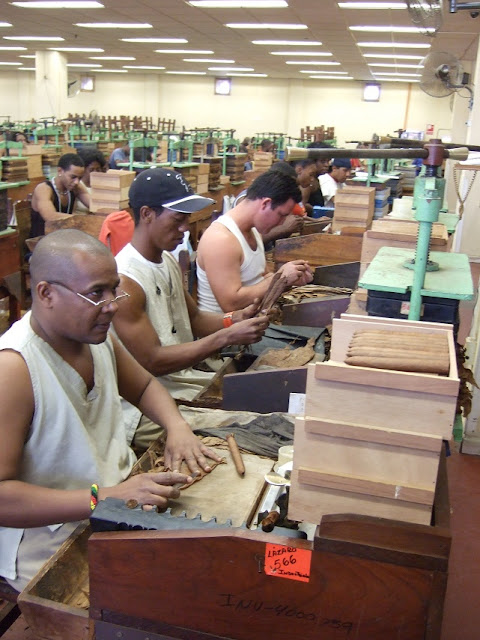 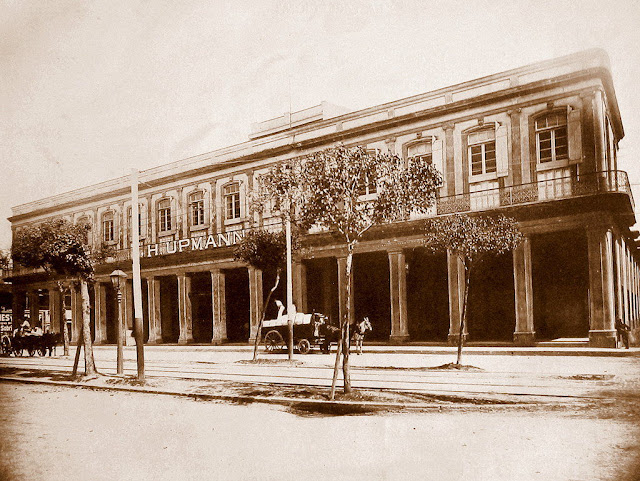 H.Upmann factory 'La Madama' from 1891 until their liquidation in 1922 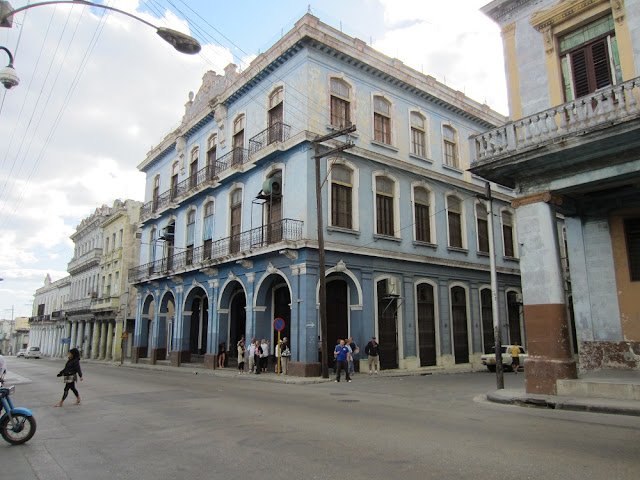 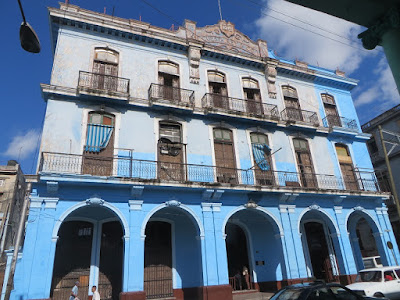 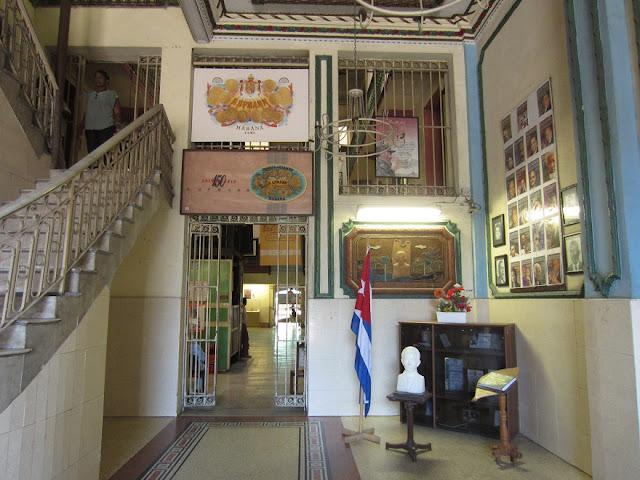 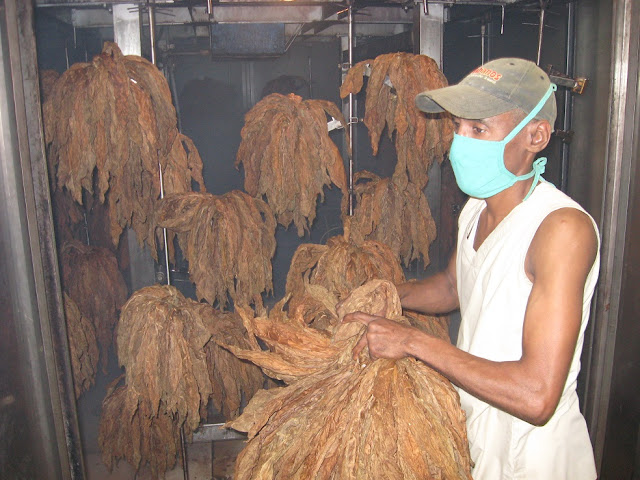 Moistening the Leaf once out of the bales 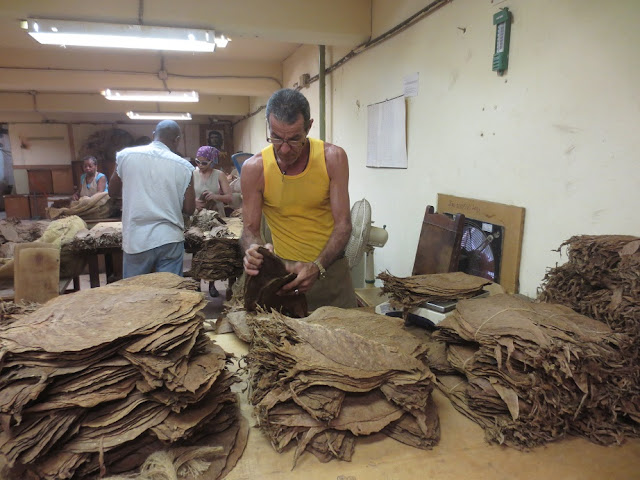 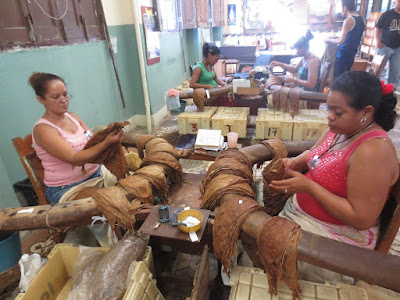 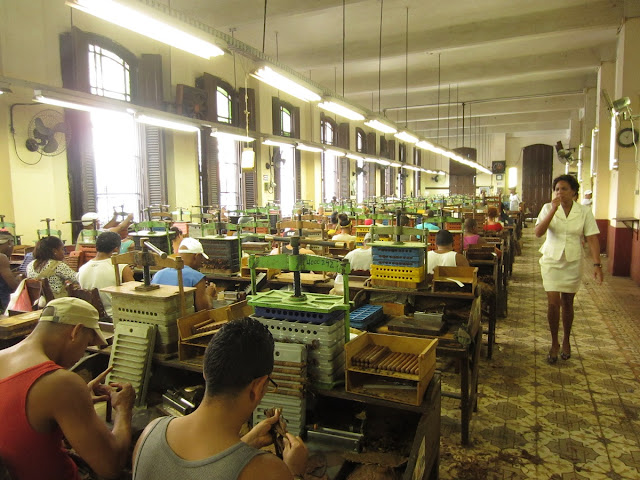 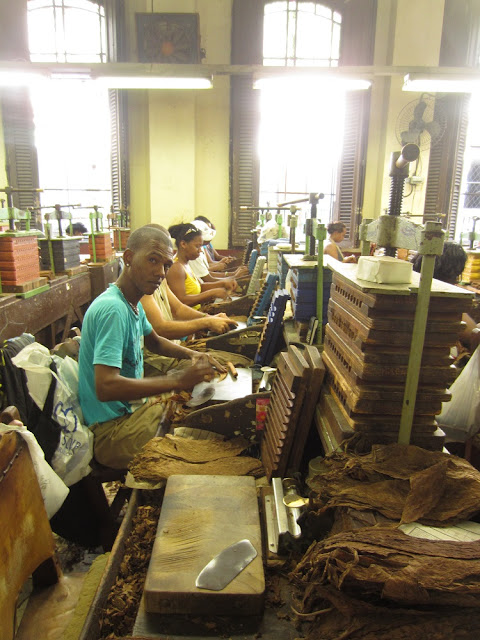 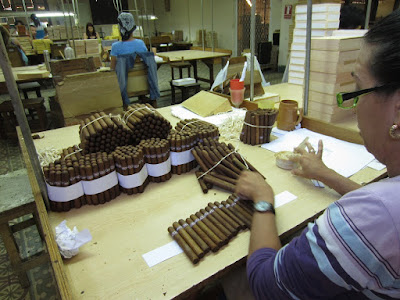 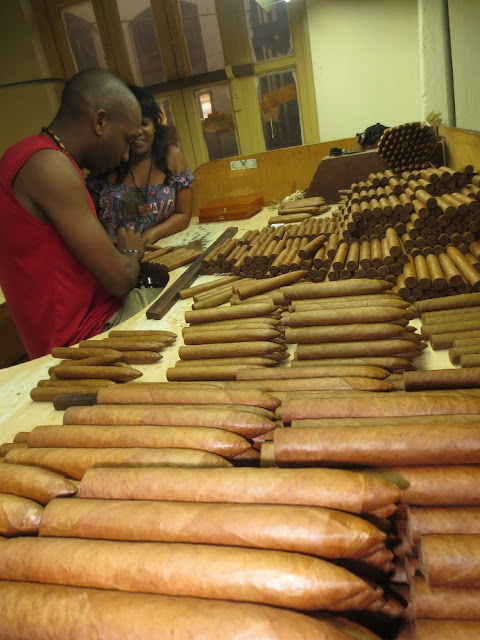 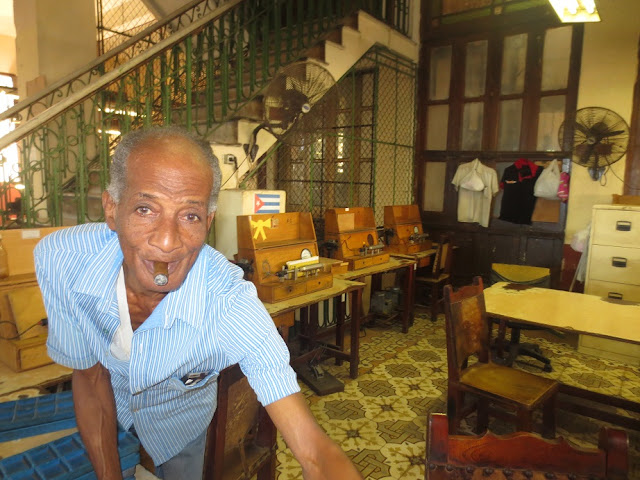 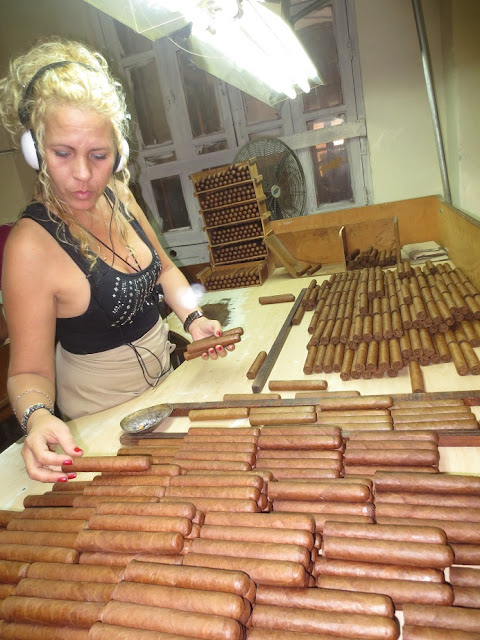 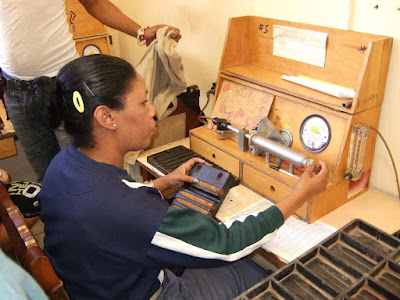 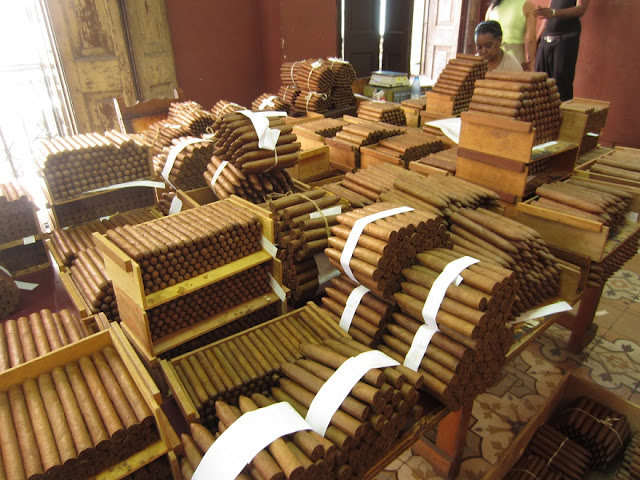 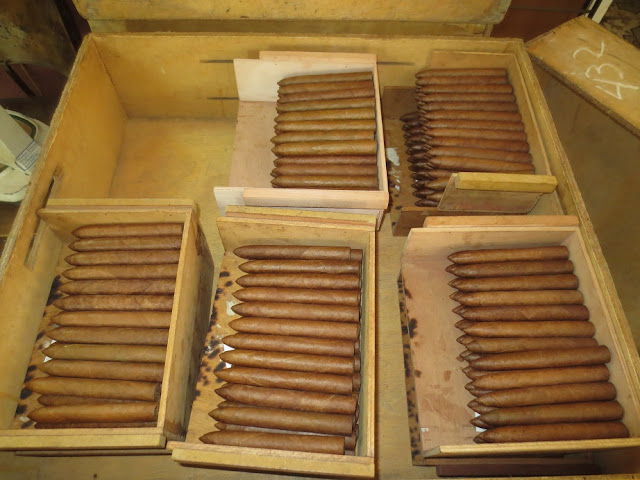 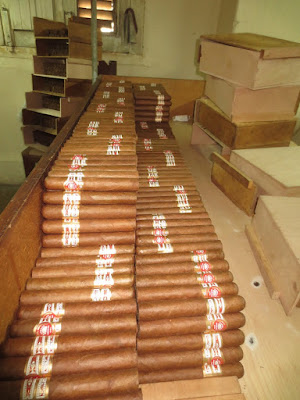 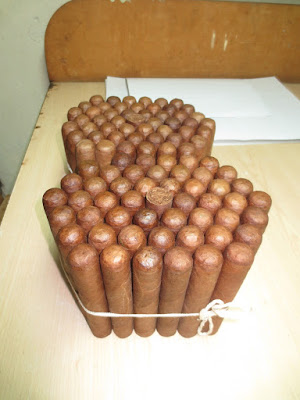