In Art Circles pottery is considered a lesser form, however, there are exceptions such as Cuban Artists; Amelia Peláez, Alfredo Sosabravo and Nelson Domínguez, just to mention a few of the more outstanding ones. Inspired by these masters but trying to make his own way is the young artist Alejandro Cordovés Rodríguez.
I happened to find his exhibit, 'Fábulas Mecánicas' shown here at the Museum of Colonial Art, while visiting the museum last year...and on my next trip to Havana I wandered into the Casa de México Benito Juárez on Calle Mercaderes where he was showing his most recent exhibit, 'Los Hijos de Frankenstein'. He uses a lot of recycled material in a playful way to get his message across, what that message is, I don't know, but I love his work, it's comical, it's fun. There is a reoccurring character that looks like a nasty Mr. Potato Head (Fábulas Mecánicas), it actually is modeled after a friend's old Piggy Bank. In the Frankenstein exhibit he creates deformed monsters out of many recycled materials. This seems to be his style. Both showings were quite whimsical.
Alejandro Cordovés Rodríguez  graduated from the San Alejandro Academy in 1997 and later from the University of the Arts in 2003. He's been a professor since 2003 until present-day, he teaches Drawing, Painting & Ceramics. He works in the Ceramic Workshop of (ISA). It wasn't until 3 years after entering the Higher Institute of Art (ISA) that he began working with ceramics, when he had to enroll in an optional workshop. 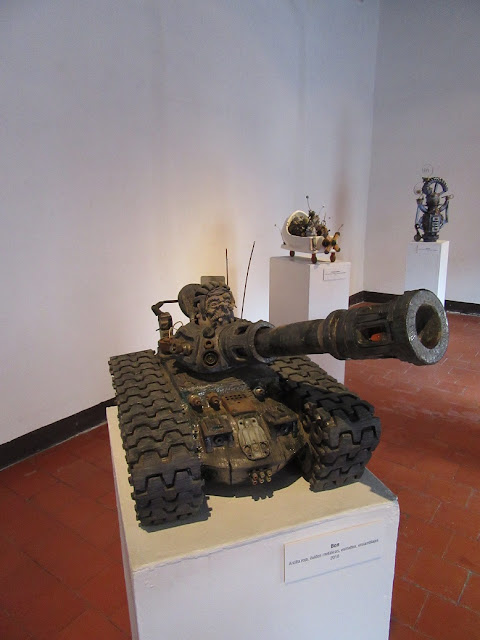 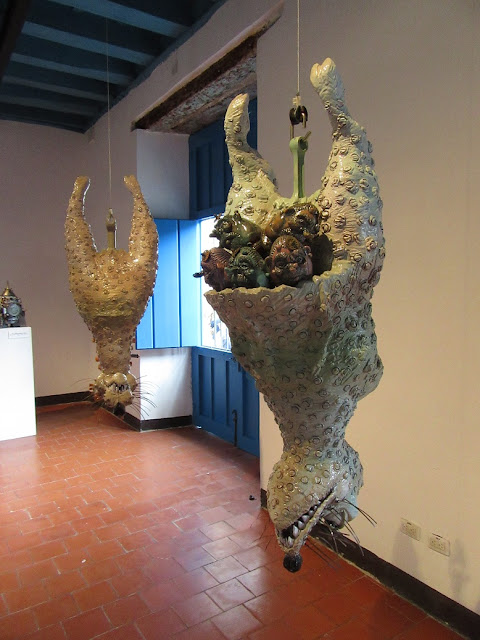 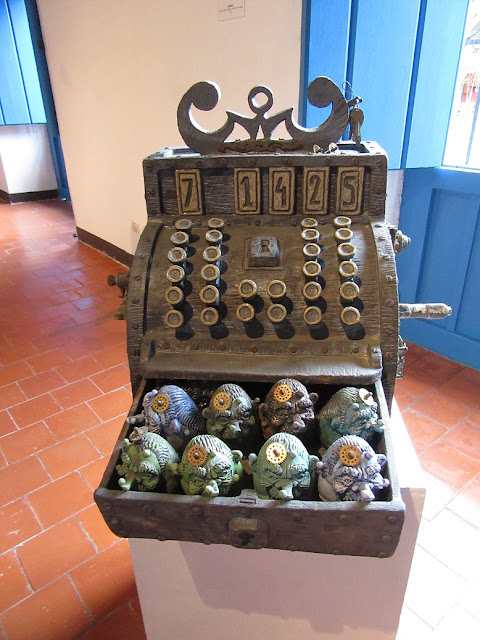 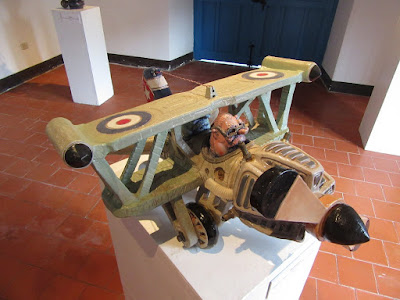 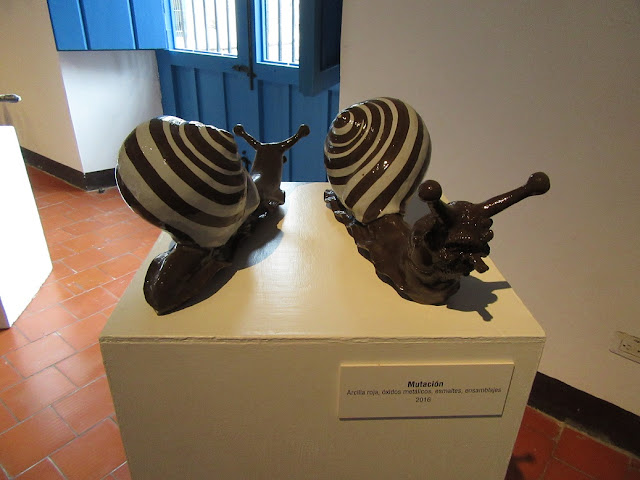 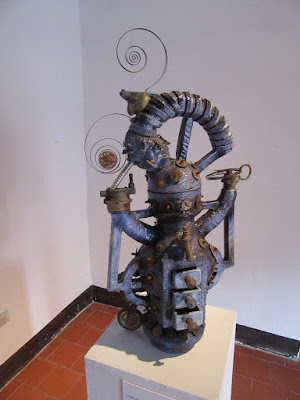 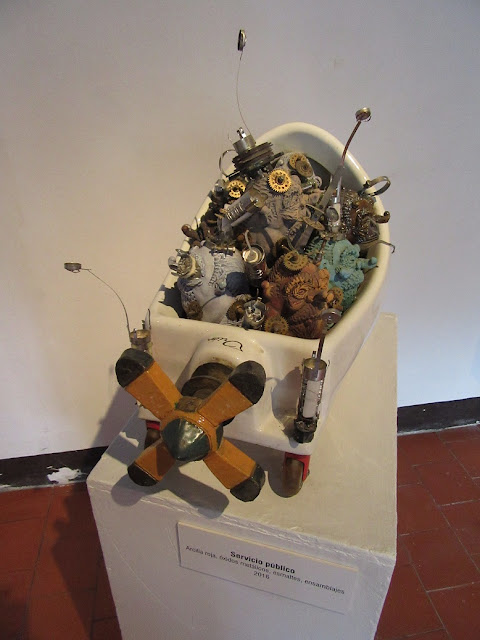 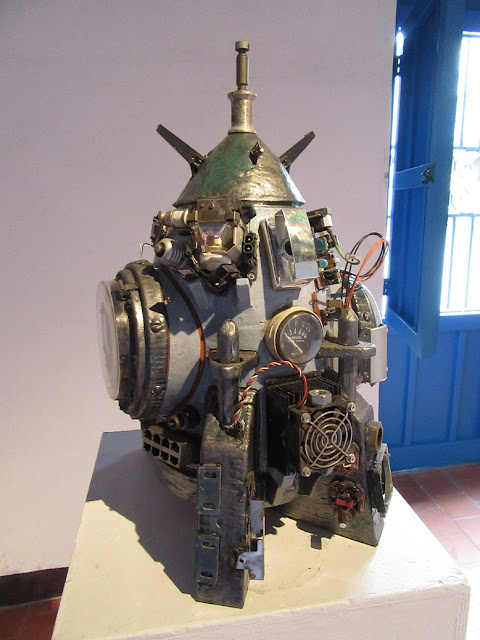 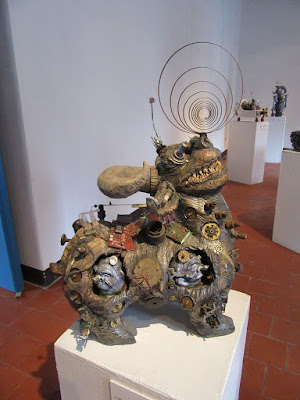 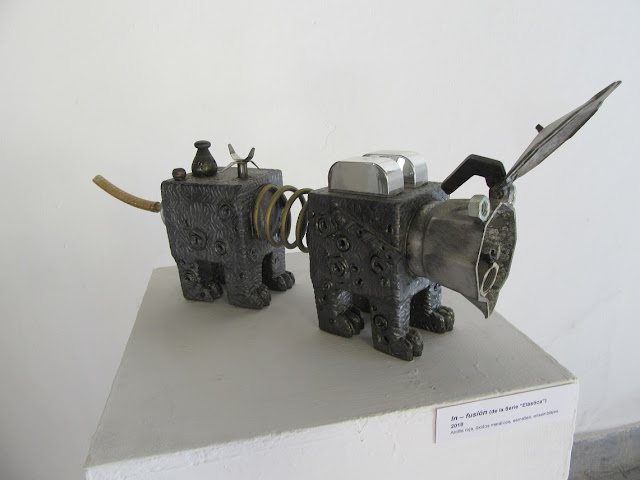 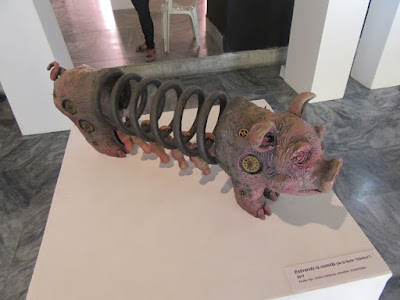 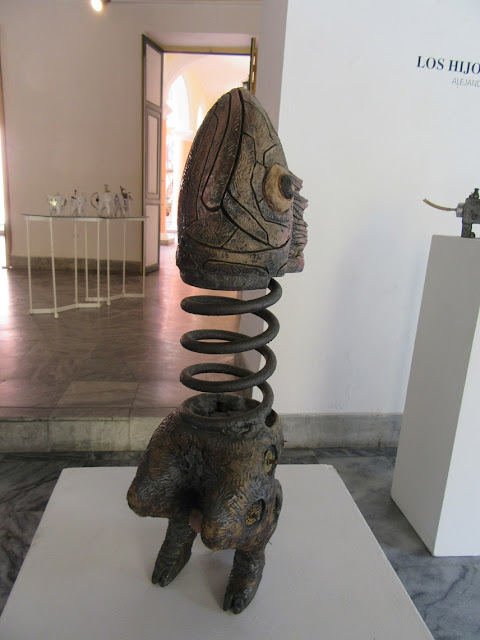 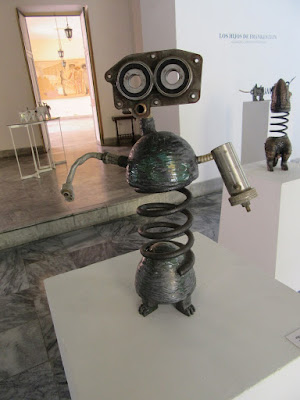 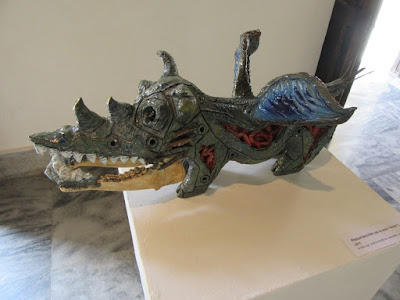 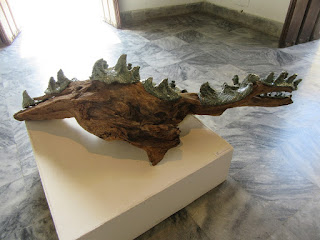 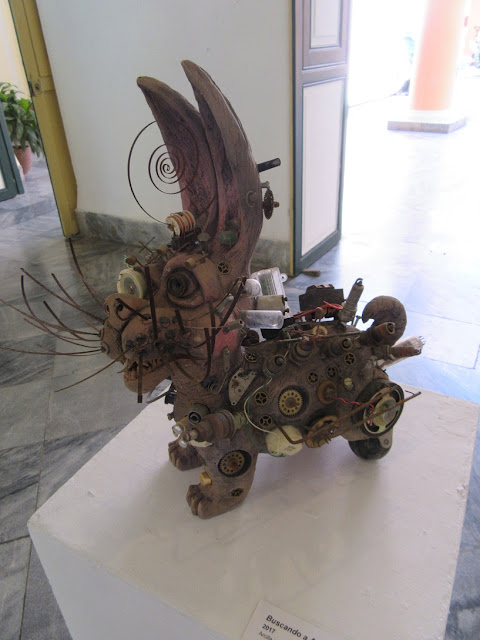 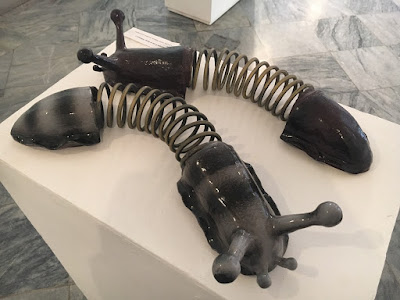 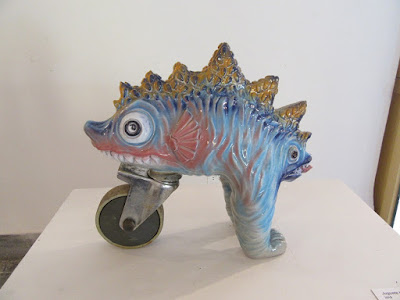 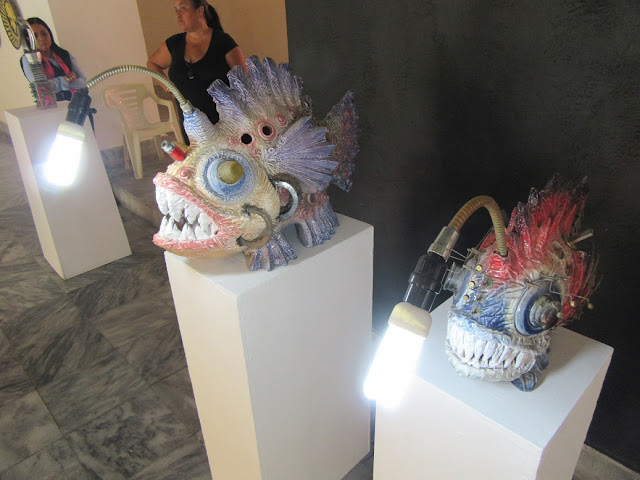 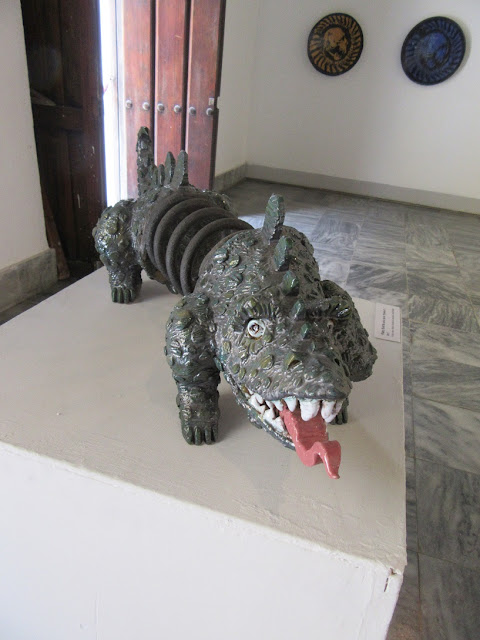 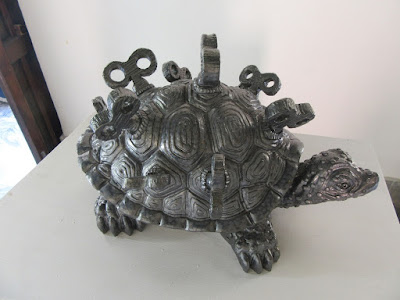 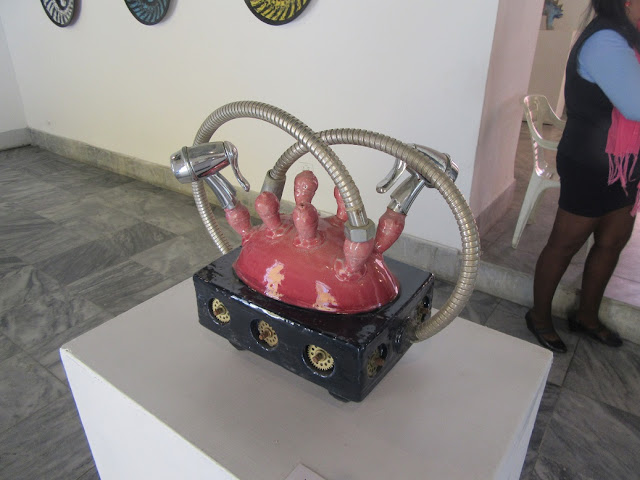 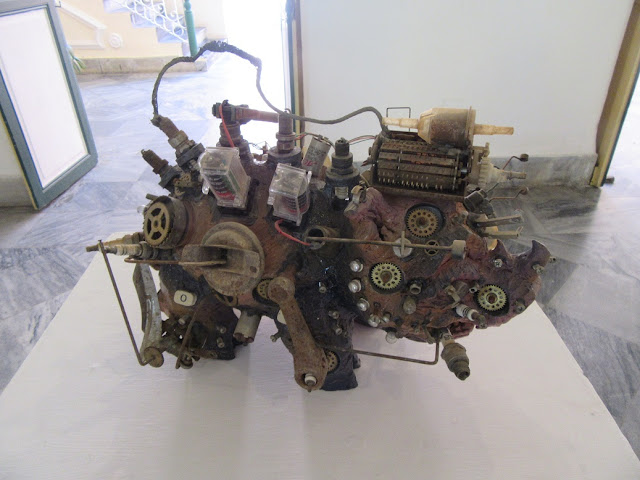 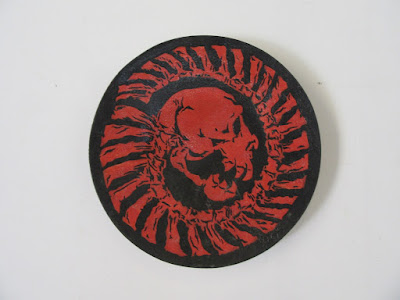 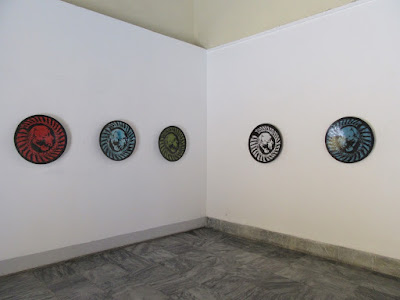 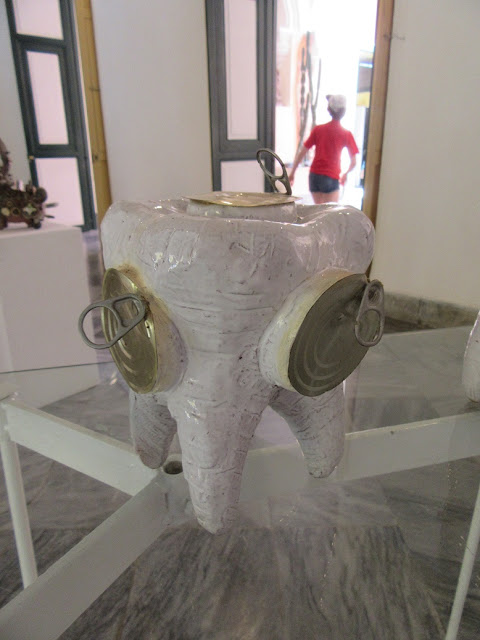 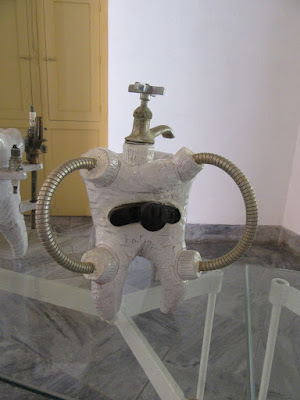