We always come back to this place because it's always consistently good for our tastes. It's set up like a North American Roadhouse style restaurant with all kinds of paraphernalia that almost seems like the props came from the USA. In actuality Cuba was basically an American satellite before the last revolution and all objects were once typically what you would find in Cuba at that time. The menu is not that complicated, a mixture of North American favourites with a bunch of Cuban standards. For the not so adventurous Americans you can have; both Chicken & Beef Burgers, Tuna Sandwiches, French Fries, Chicken Cordon Bleu and Pork Ribs....and for typical Cuban dishes you can get; Ropa Vieja, Cuban Sandwich, a variety of rices, fried Pork Cubes, Tostones and Ham & Cheese sandwich among many other items. I have yet to have a bad meal here, I may have liked one thing more than another but I've never been disappointed. Be aware, the dishes are quite large and if you order an appetizer and main course you'll have difficulty finishing your meal.
As I said, the ambiance is that of a time long ago and you can, as I have, wander around the room and find a variety of interesting gadgets and pictures of a time when Cuba was not that much different than North America. There's always a band playing typical traditional Cuban music....I love it. The prices are a little more than some places tucked away from the main drag but that doesn't mean it's expensive, the bill for 2 of us is never much more than $20. You'll find it at a prime location at one of the corners of Plaza Vieja....I think it's killing the business of the "La Taberna de La Muralla" that's a few meters away (it's about time someone puts them in their place).
Friendly and attentive service, smoking allowed inside and outside, be prepared for the musicians to try to sell you a CD. I always ask the band to play one of my favourite Cuban songs and give them a nice tip in lieu of buying a disc. If you're in the area doing some sightseeing, give them a try, I'm almost sure you won't be disappointed. 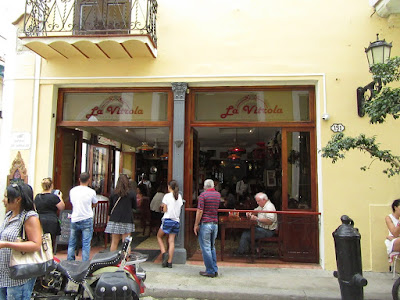 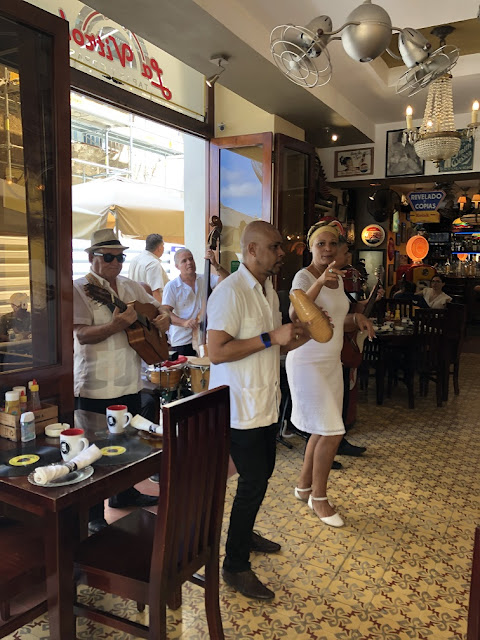 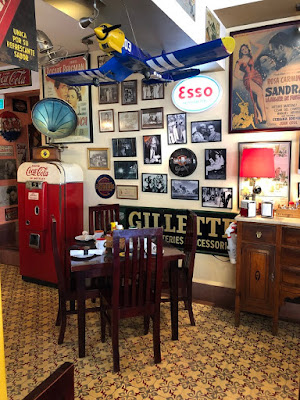 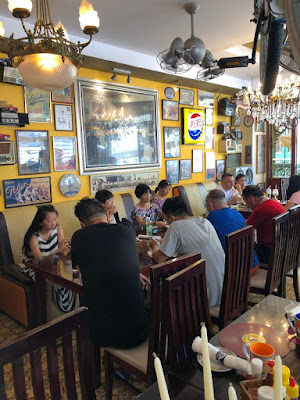 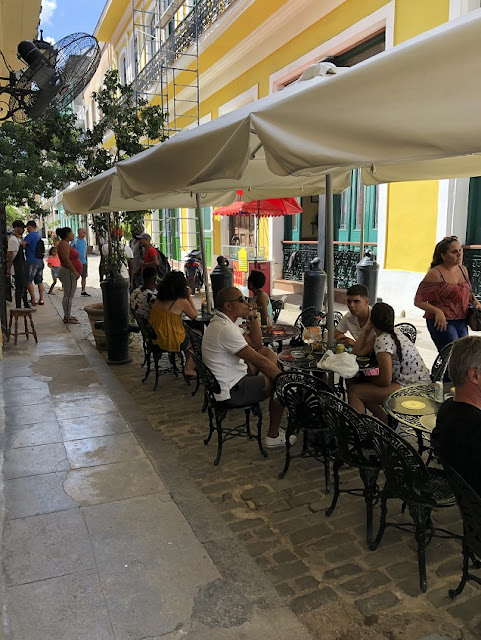 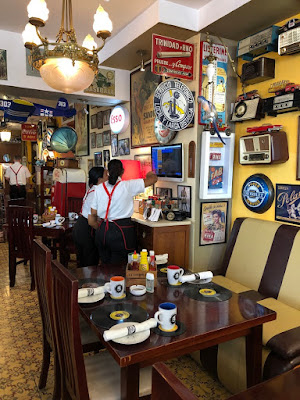 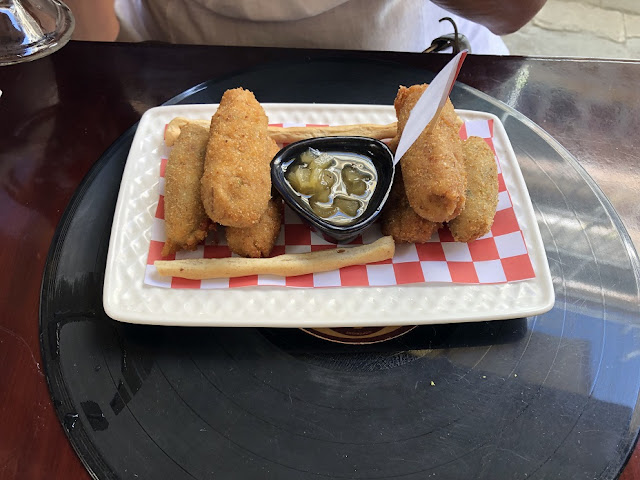 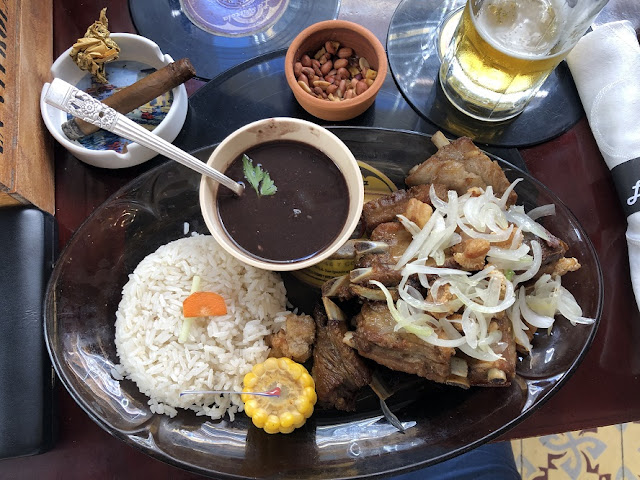 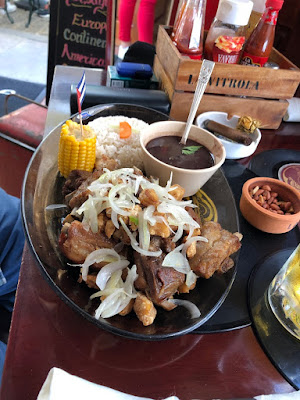 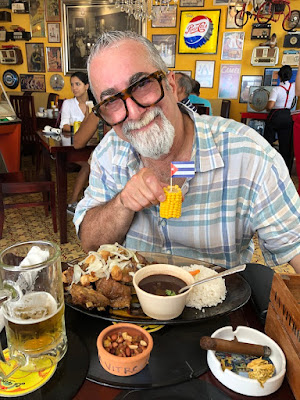 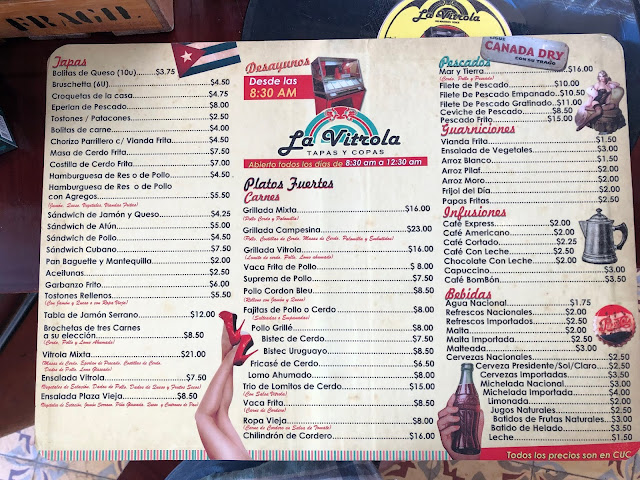 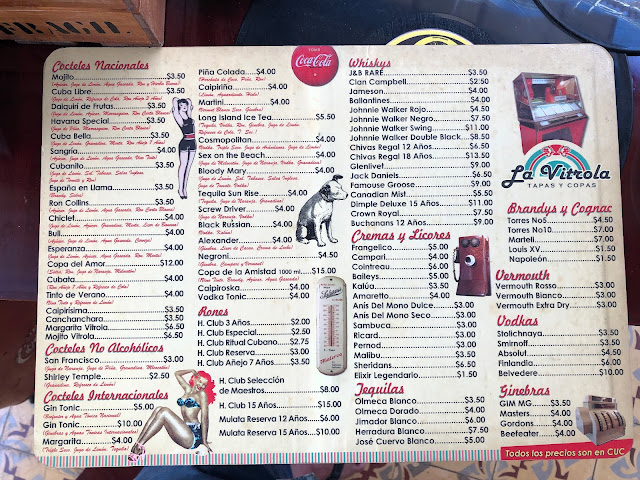 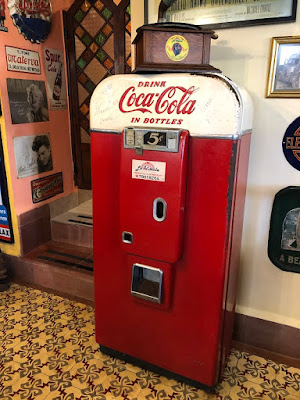 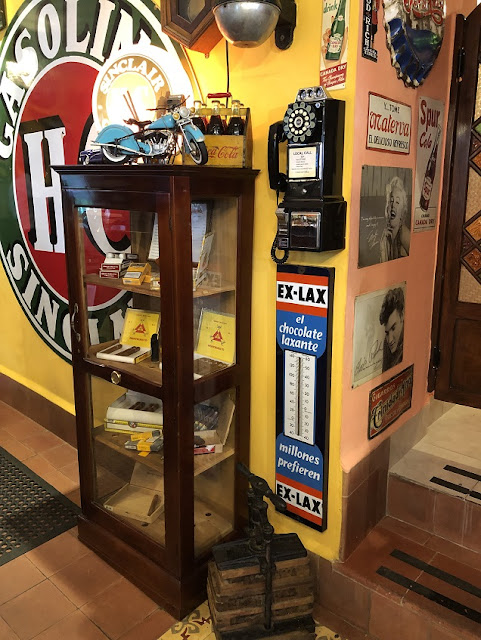 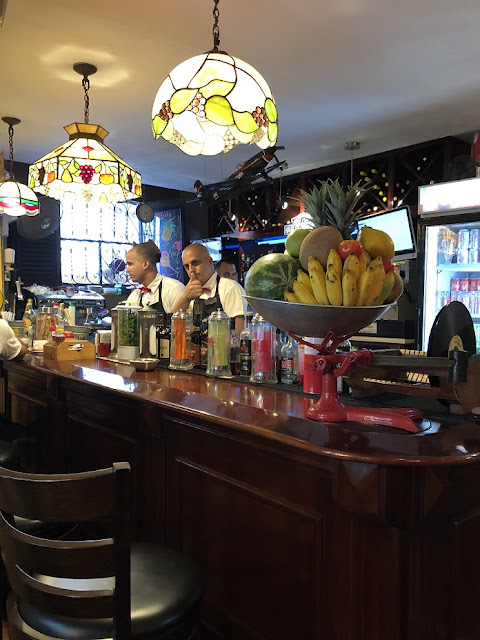 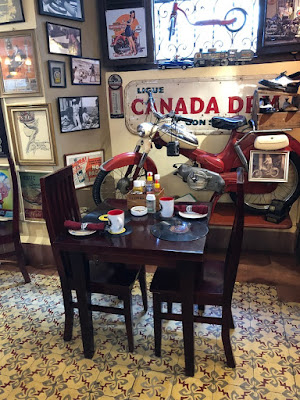 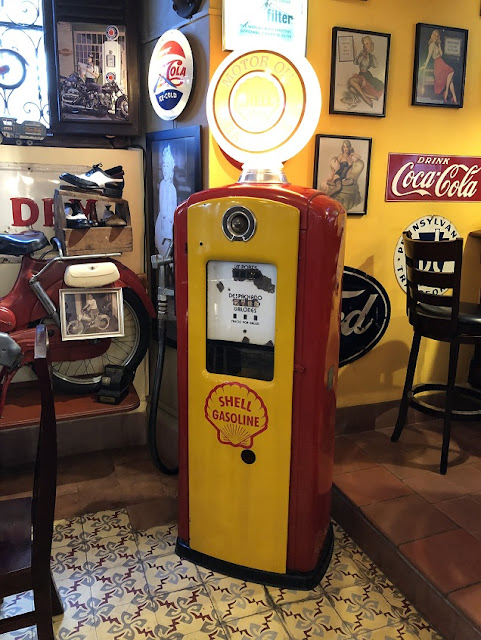 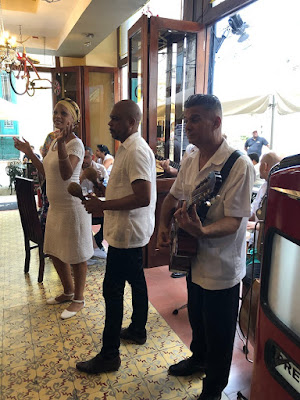 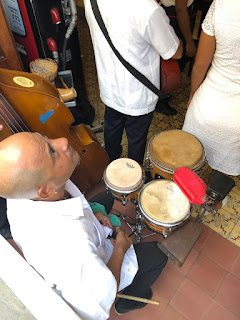 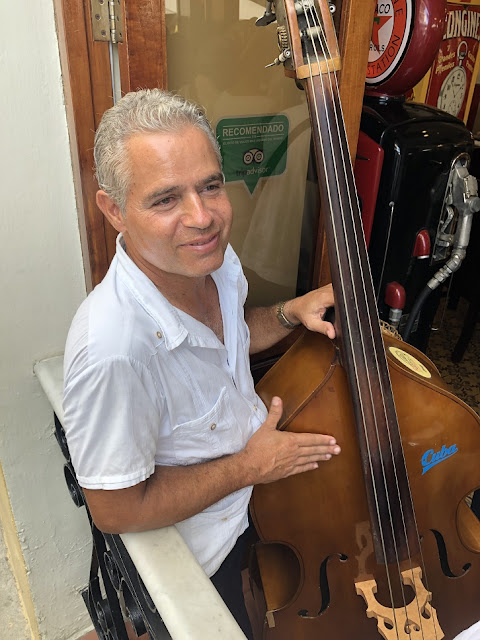