If you're like me and travel to the Pinar del Rio Province in Cuba and happen to be in the Capital City, Pinar del Rio......Where do you eat, in which restaurant? Vinales is easy, Havana is a foodies paradise, but Pinar del Rio, that's another story. Generally, almost always, I eat at my Casa, a friend's house or at one of the farms that I visit that are owned by friend's of mine. But sometimes I just want to go out for a meal somewhere different. I ate here for the first time in 2013, this is my first time back since then, it opened it's doors in 2011. I have wanted to come back sooner but just haven't had the opportunity. It was recommended to me by a good friend, otherwise I would never have found this place away from the main traffic. The food is nothing special but it's serves simple traditional Cuban dishes prepared well and quite inexpensive. The restaurant is an open concept Ranchon, all seating is outdoors, it's like having a (approximately) 40 seat patio. Even though it's outdoors, they recently had to disallowed smoking as the structure is made of wood and has been deemed a fire hazard by authorities. The service was prompt and professional, our server was in his sixties and looked like he had been doing this all his life. Music videos were playing on the flat screen TV hanging over the bar. The decor was typical of a Ranchon, everything was made of wood, including the tables and chairs. There's even a tree growing through the roof in the middle of the restaurant....and several around it.
All three of us had the same thing, 'Masas de Cerdo Frirtto' (fried Pork pieces) with several side dishes. Imported beer were $1.40 each, the Fanta was more expensive at $1.50. Add a pack of cigarettes for $2.00 and the bill came to $29.70 for the 3 of us. Lots of leftovers. 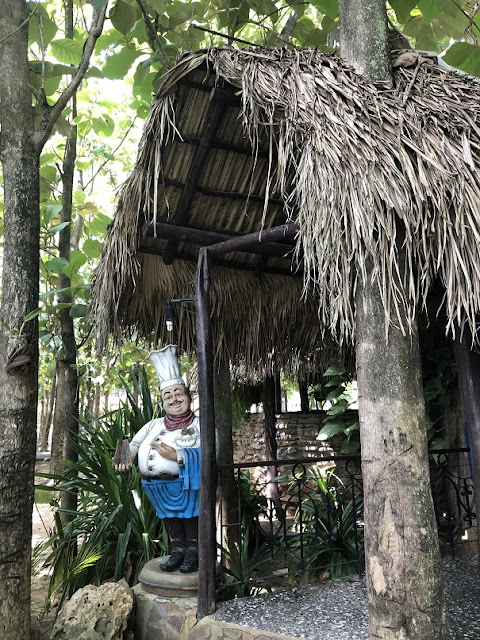 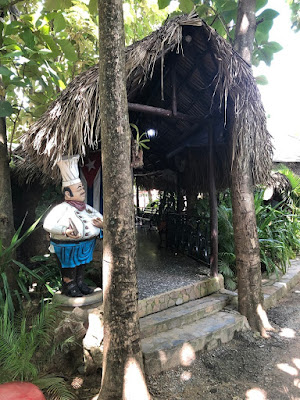 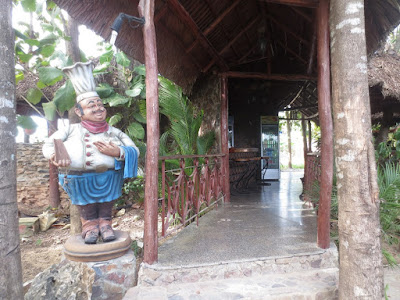 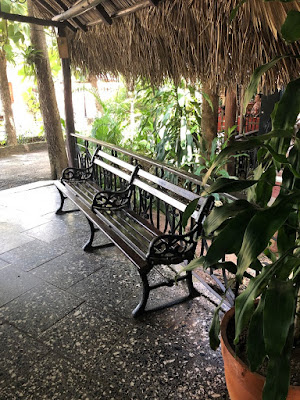 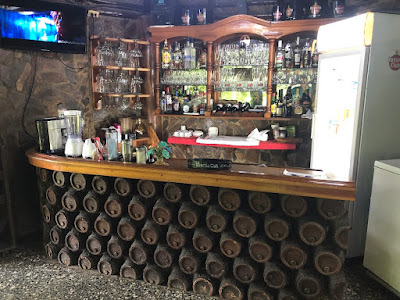 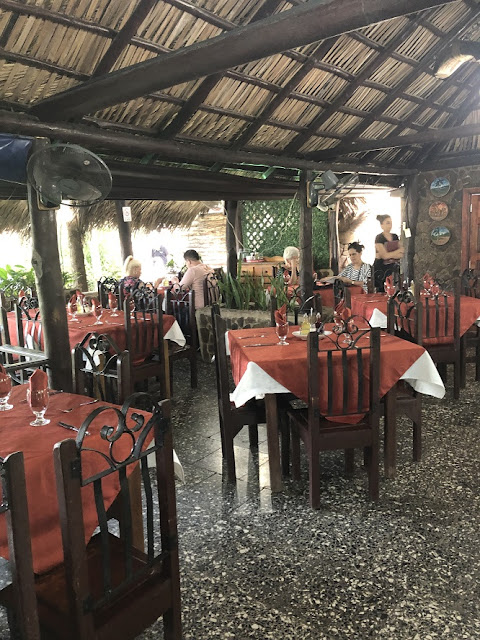 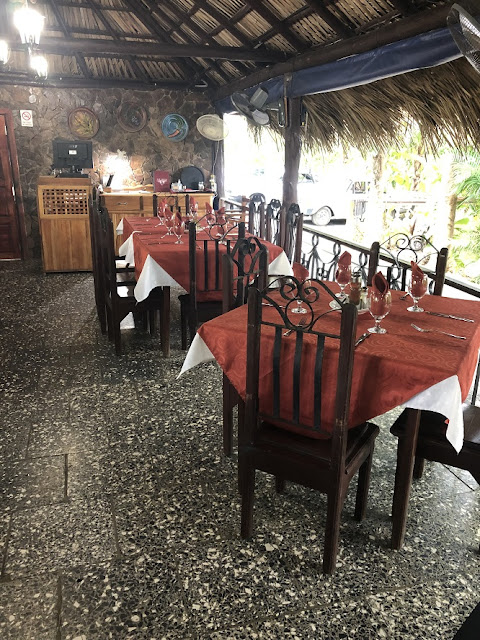 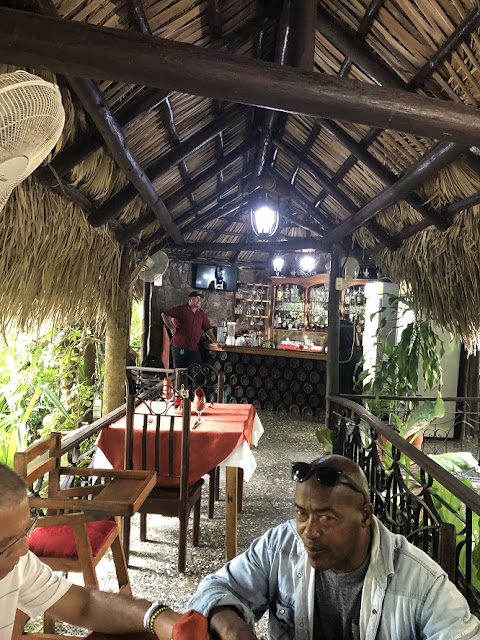 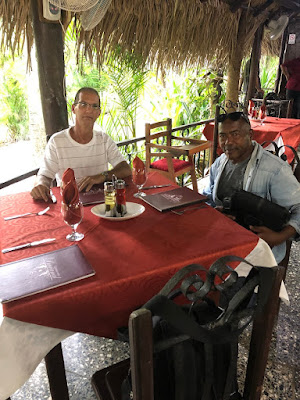 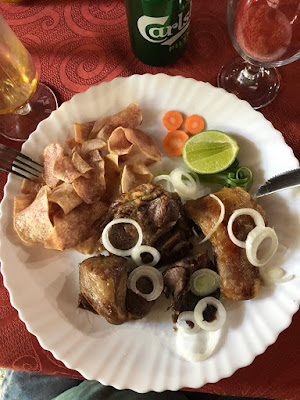 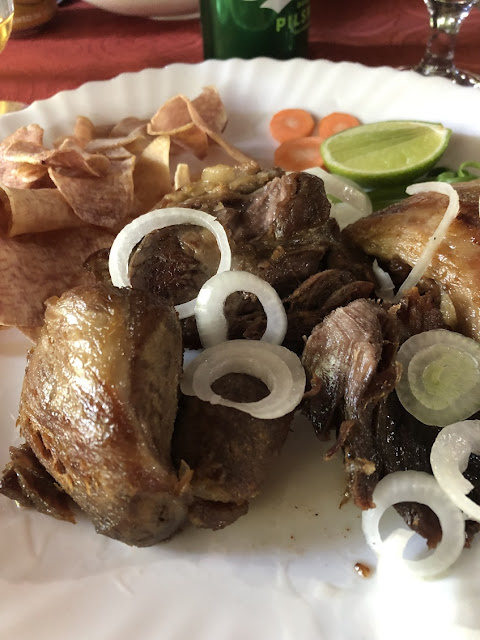 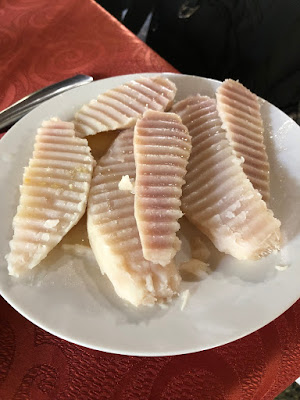 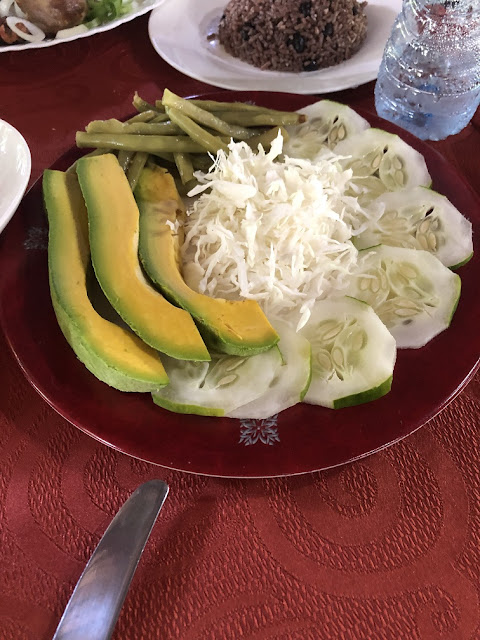 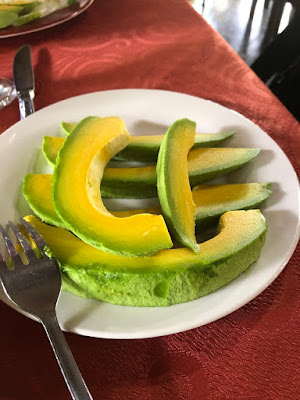 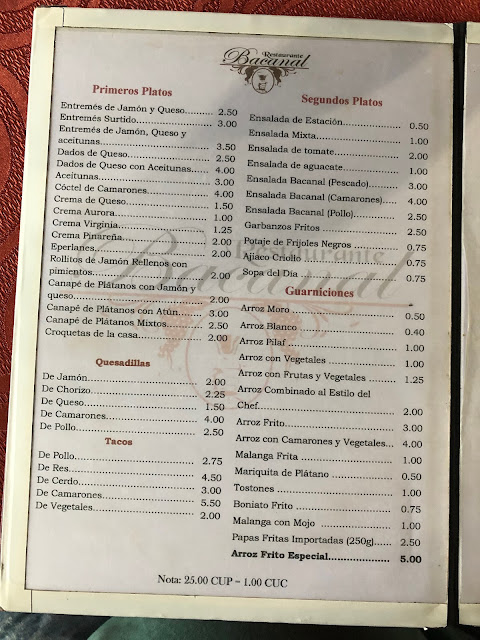 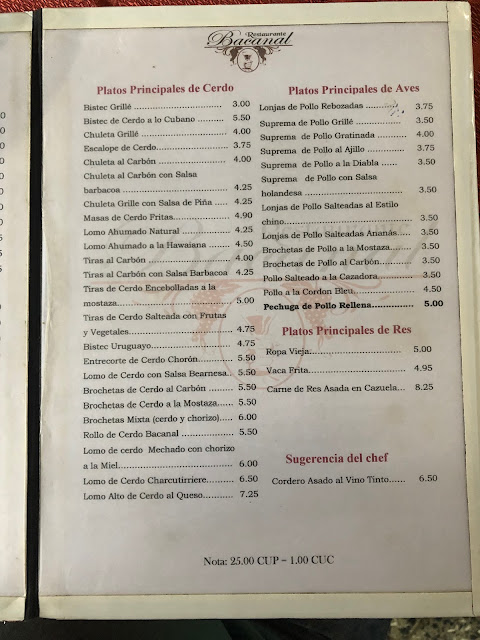 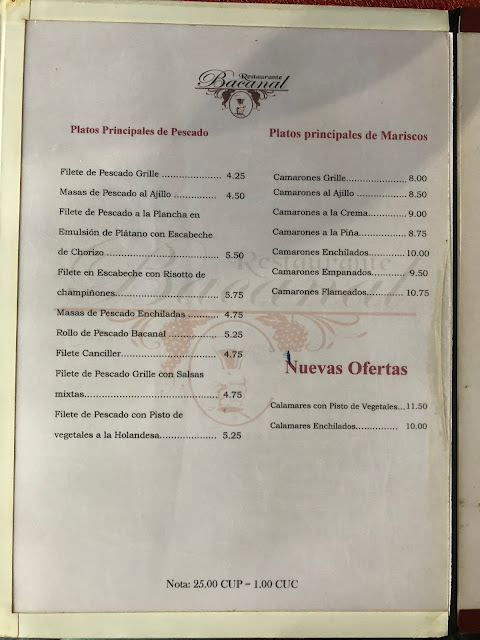 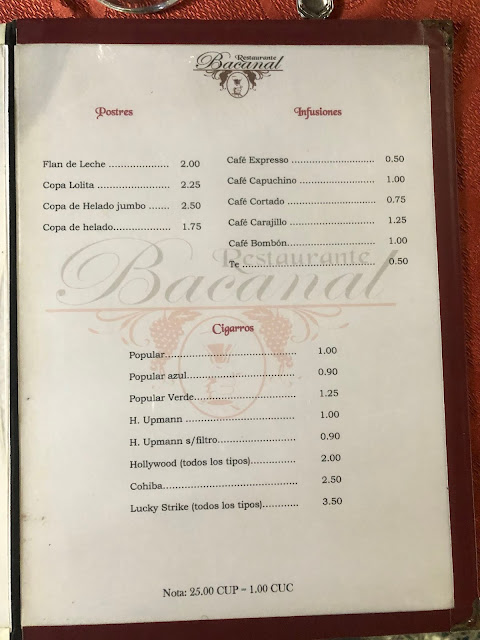 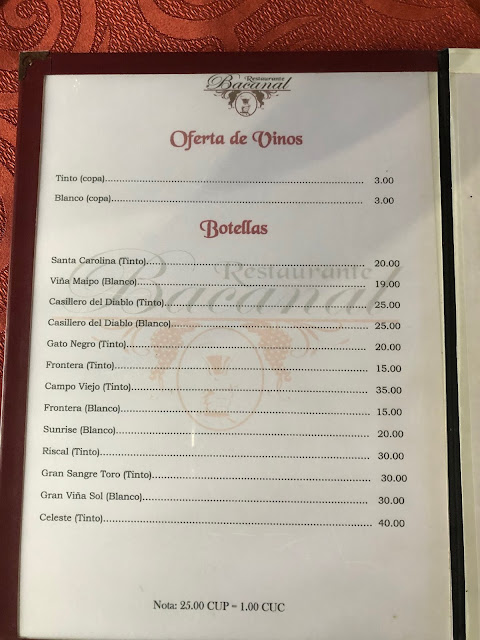 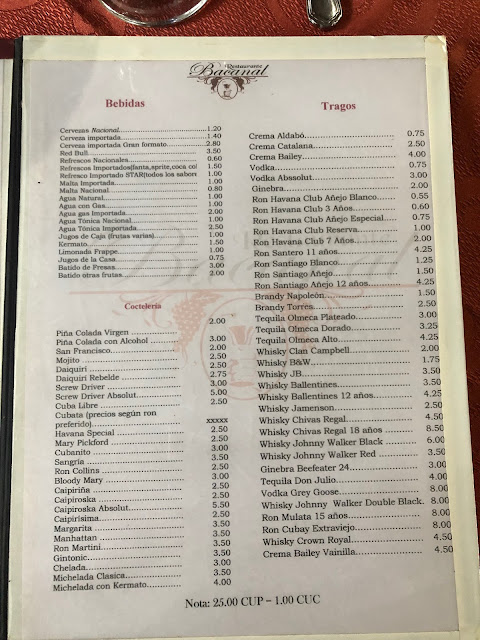 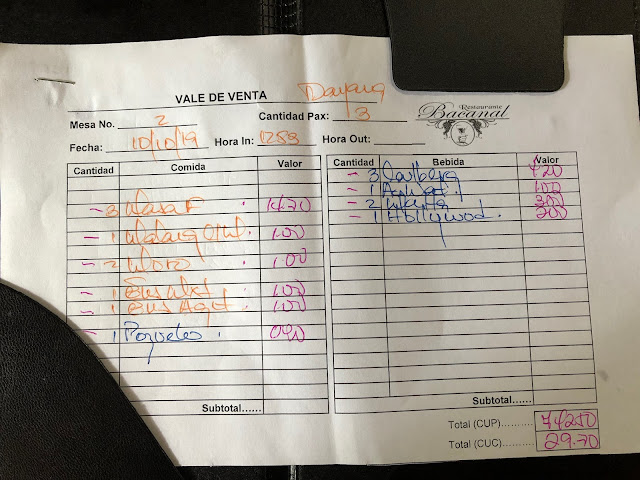 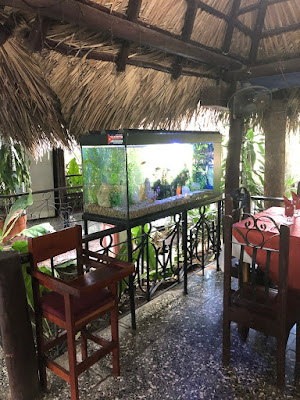 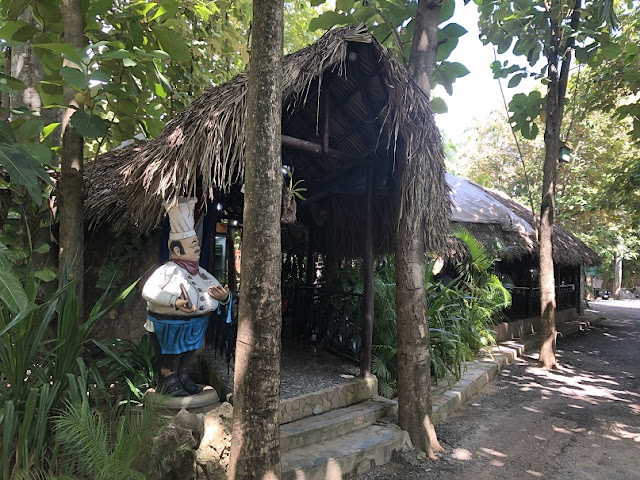 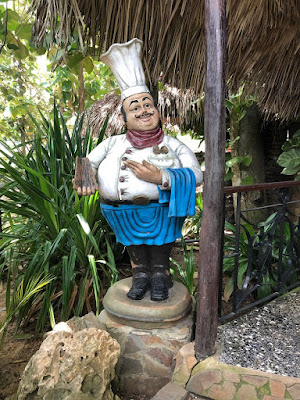