On May 20, 1853, La Reunion opened for business for the first time on Calle Teniente Rey no. 41. There was a time during the twentieth century when this pharmacy was considered the largest in Cuba and the second largest in the world. It expanded in size between 1882 and 1886, adding warehouse space, office areas & a place for the production of medicines (something they were proficient at). It had become one of the most elegant and prestigious pharmacies in Havana.
After the Revolution of 1959, this pharmacy (as with all the others) was nationalized and continued to function until 1999. At this time the Office of the City Historian undertook the major task of restoring La Reunion to it's former glory and to turn it into the Museum of the Habanera Pharmacy (Museo de la Farmacia Habanera La Reunión). Besides acting as a museum, it's open for business as usual.
You will find showcases all around the pharmacy containing historical objects, many of which were found during archaeological excavations in the area. The restored shelves in the main room display imitations of jars that were once used to store pharmaceutical products. Spaces have been assigned for the dispensary functions, offices, warehouses and multiple service areas.
Although an amazing job has been done in the restoration of  the La Reunion pharmacy, it must be known that it's not an exact replica. The layout may be the same, many of the furnishing as well, but many pieces have been added to reflect an entire history of Havana pharmacies.
I must have walked by this place many times before finally walking in this past trip. It's worth the visit if you're wandering around Old Havana, it's close to wherever you are. 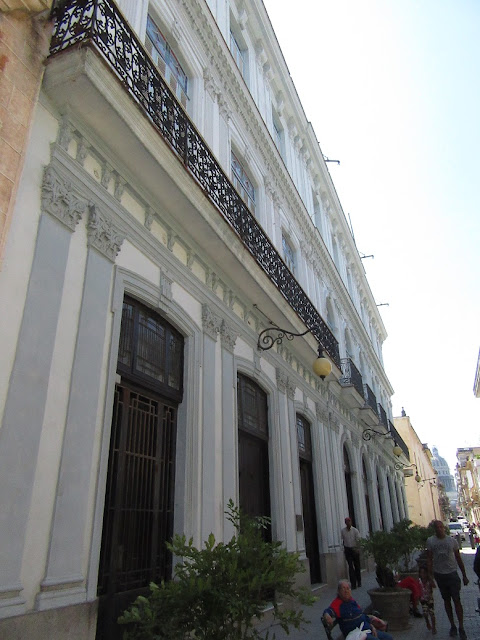 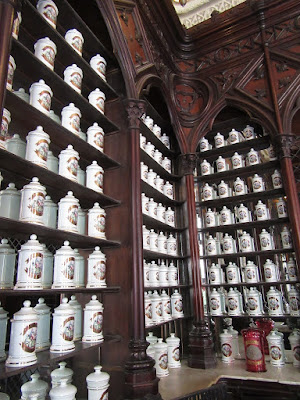 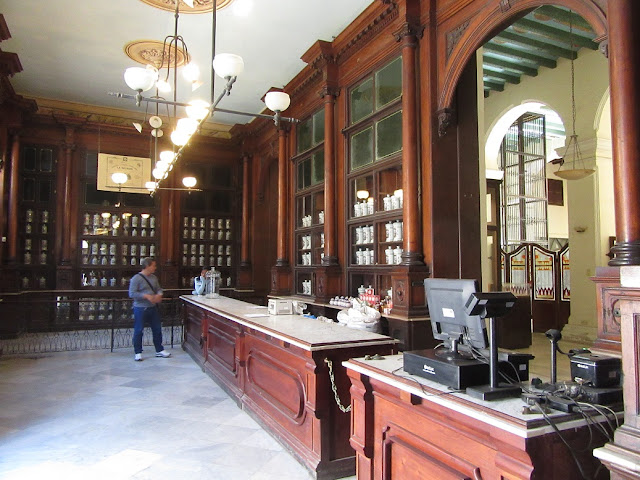 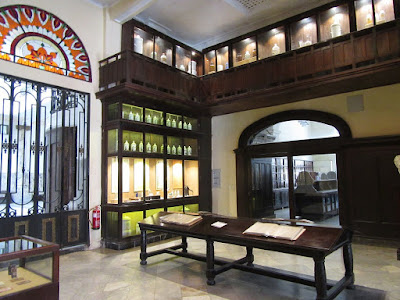 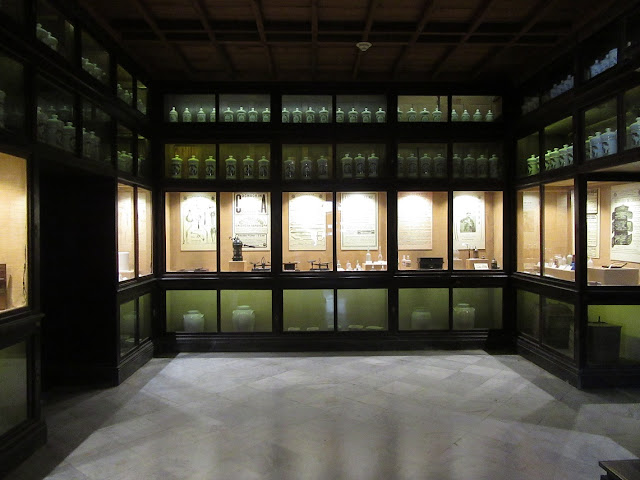 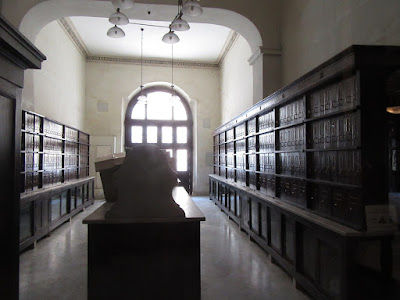 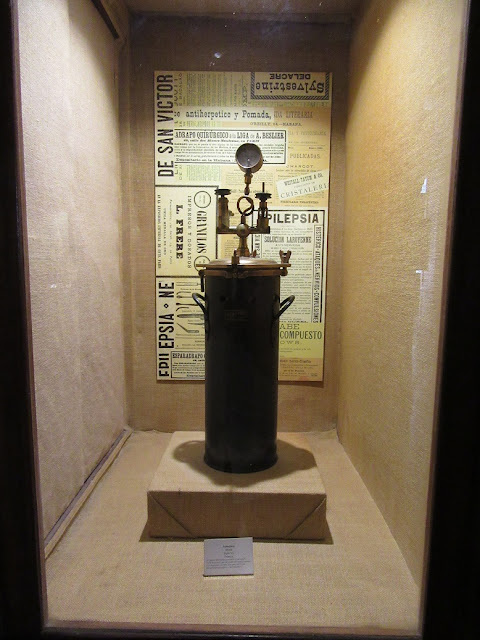 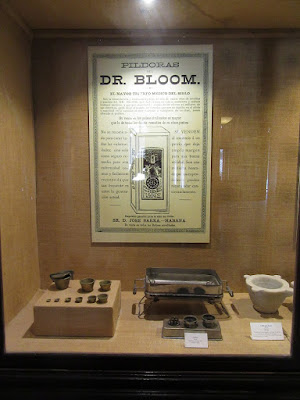 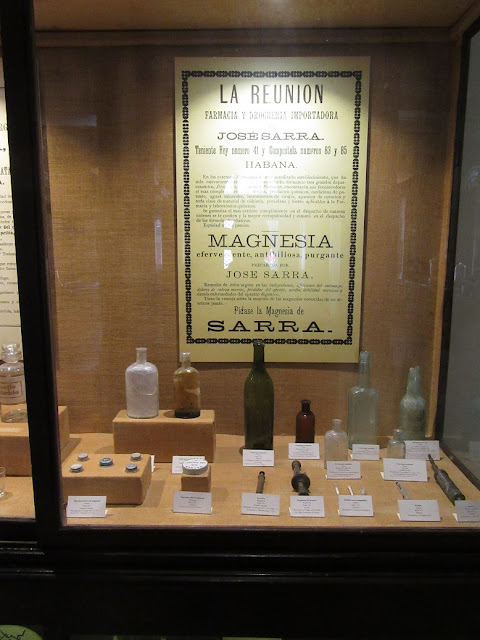 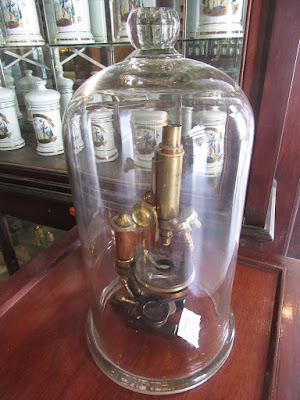 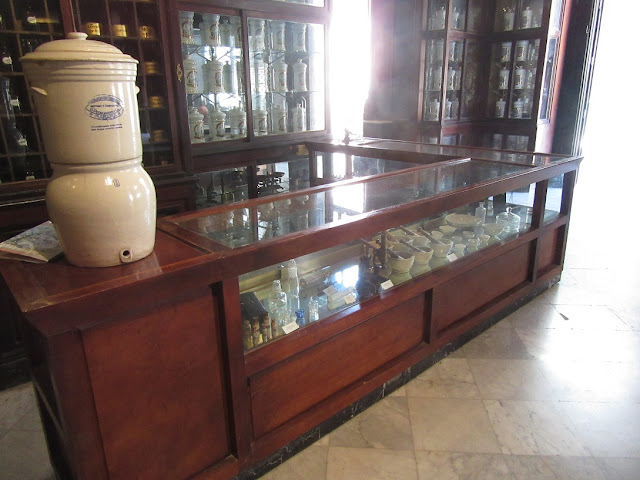 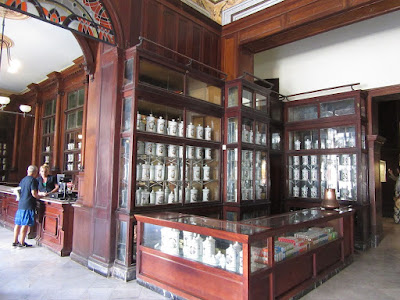 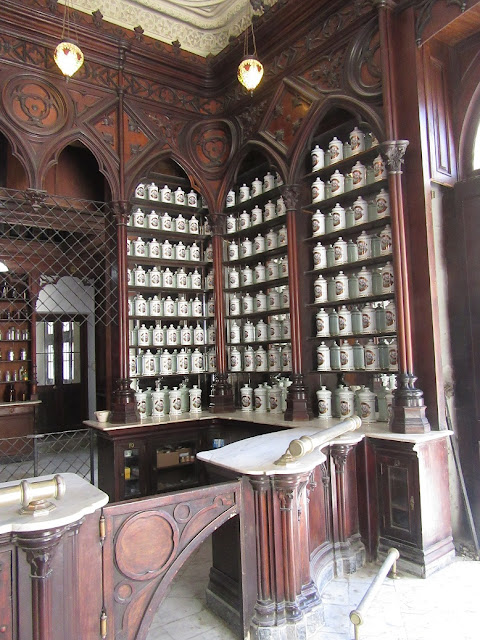 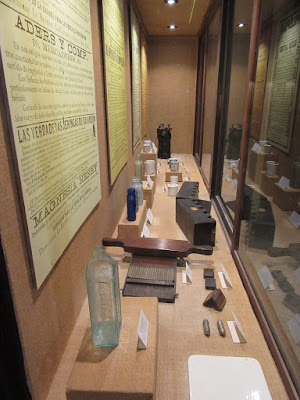 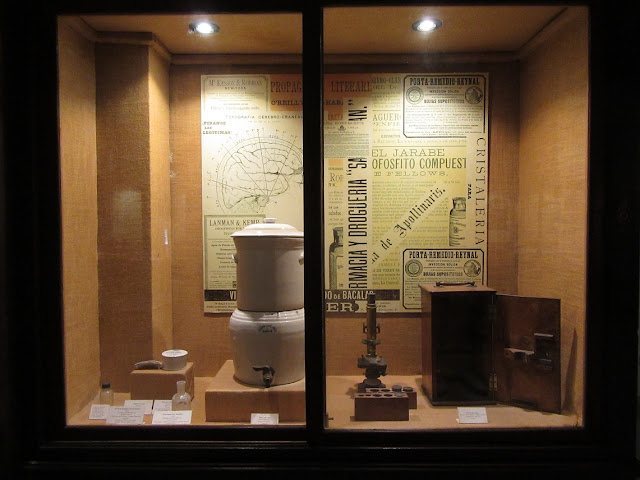 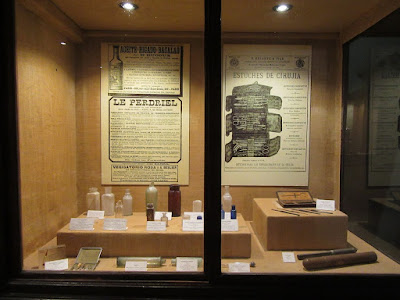 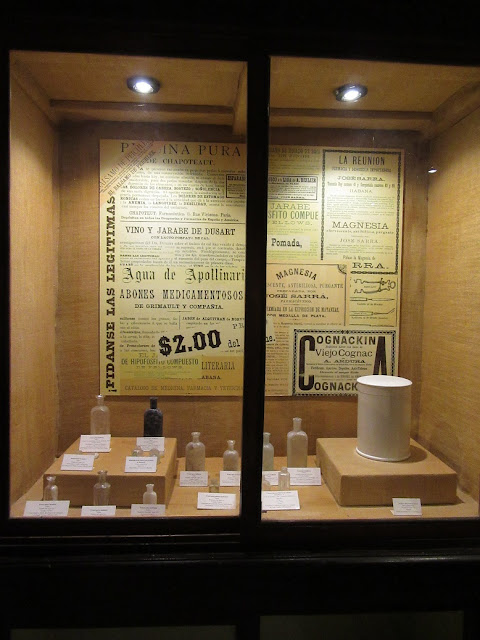 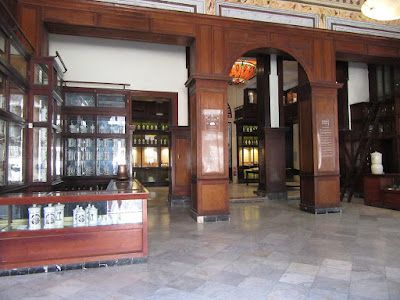 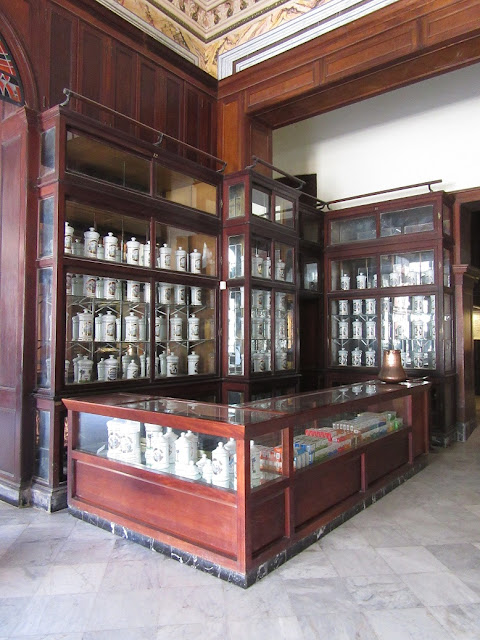 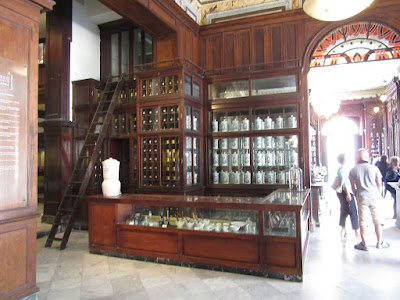 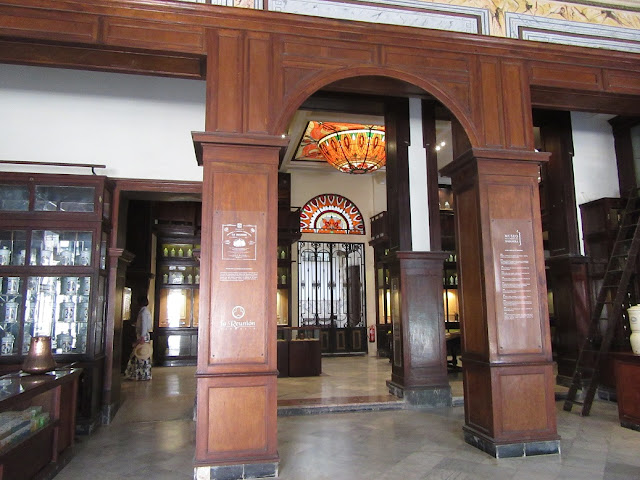 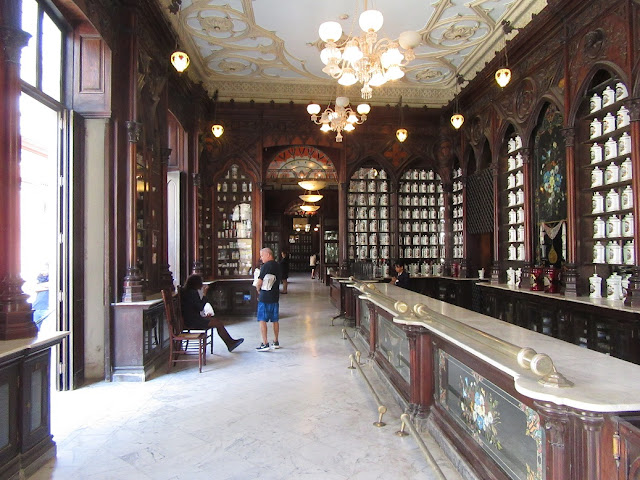 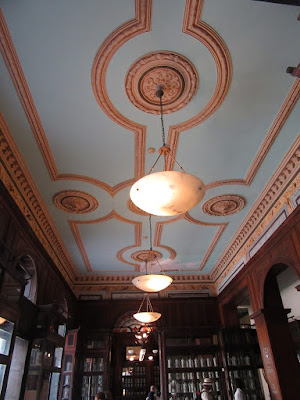 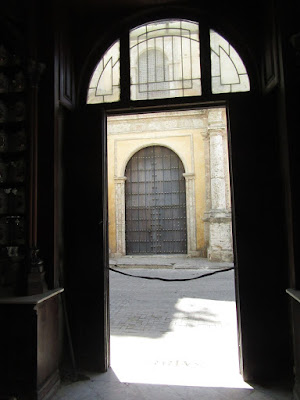