This cigar comes in at 48 x 127 (5"), a corona extra (robusto), the same size as the Robaina Famosos. 600 boxes of 50 cigars were released in 2007 and 1200 boxes of 25 cigars that were produced in 2008 and released in 2009 for a total of 60,000 cigars. I'm not sure which one I have, I adopted it from a batch of cigars that were starting to go bad, regardless it's 4-5 years old.
This cigar had a touch of mold on a frayed foot. The light brown, smooth, almost veinless wrapper had a couple of imperfections. Hard to the touch with very little give. The pre-light draw gave me a bit of cedar. Good draw once lit, a medium body woody smoke with a hint of earth. Shortly after lighting this cigar I began drinking a 1664 Blanc by Kronenbourg, a citrus wheat beer. It changed the flavour of the cigar completely, it mellowed it right out. The burn was off a bit so I touched it up. Just past the first quarter the cigar was a mild to medium strength. At this point I switched drinks, I was drinking a 23 year old Zacapa Rum. The flavours were mellowing out on the cigar and was picking up a touch of earthiness.
Near the halfway mark the ash was very hard and I didn't want to flick it but you know how I am, I flicked it. The burn was still a bit off so I fixed it. There was a little more wood peeking through now and it was beginning to turn a little. It kept picking up strength right down to the last quarter until I couldn't smoke it any longer. Maybe a couple more years of age may take that edge off at the end of this smoke.
The mold seemed to have no effect on the inside of this cigar. It must have been just that little bit on the foot. It wasn't a bad smoke, as I said a couple more years could do it good. Worth a try so judge for yourself but at this point I would prefer the Royal Corona over this cigar. 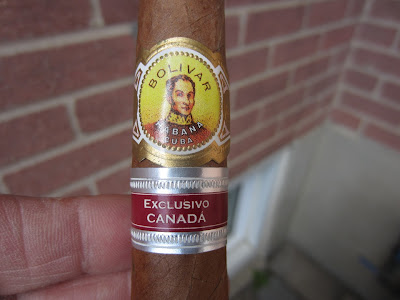 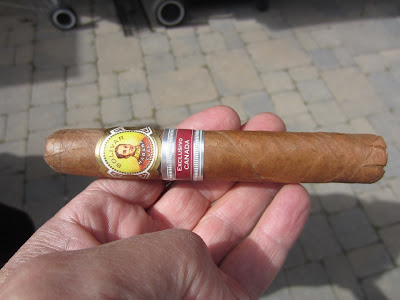 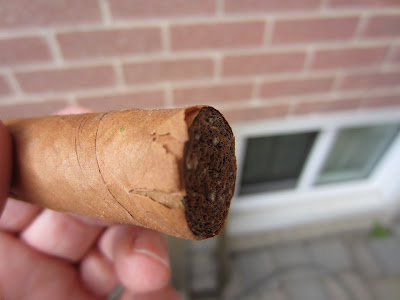 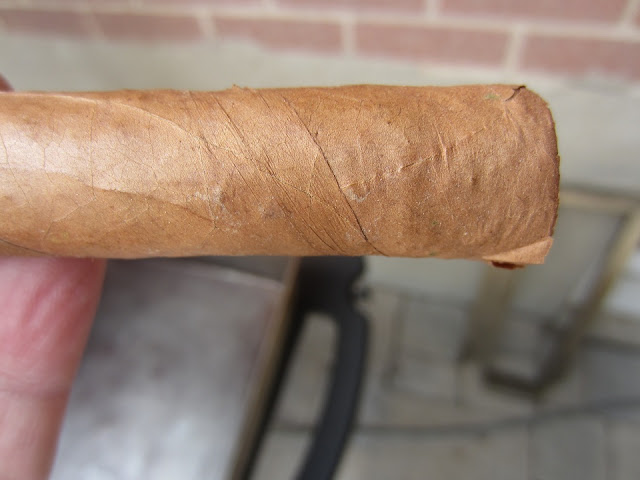 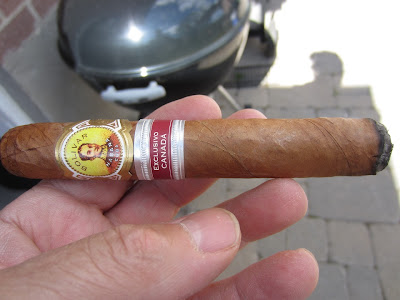 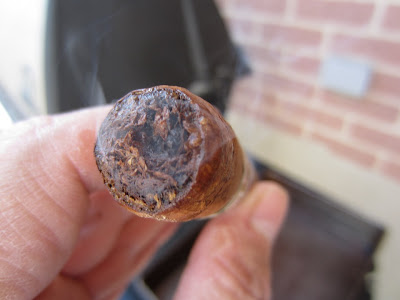 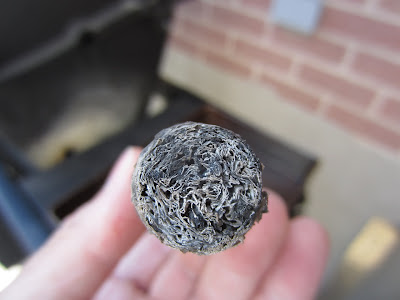 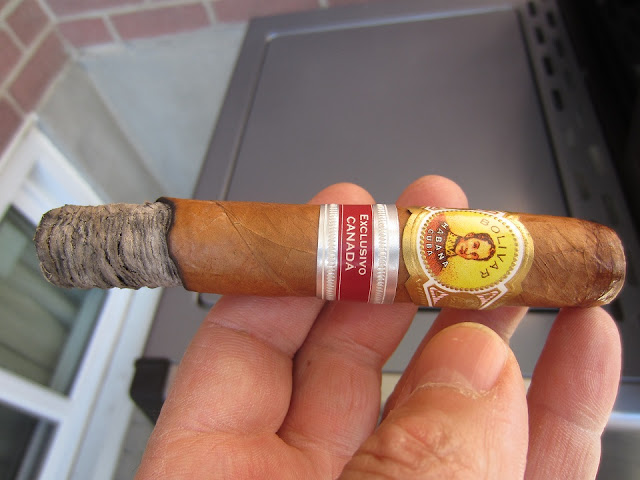 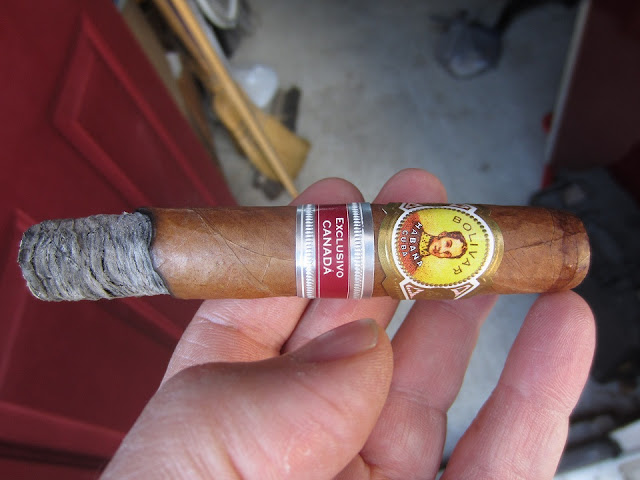 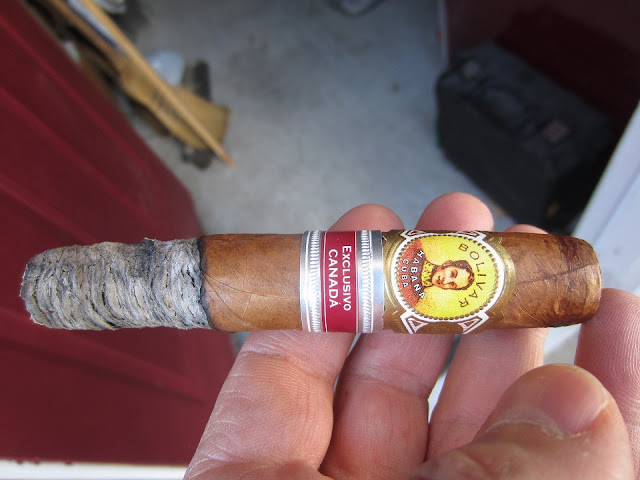 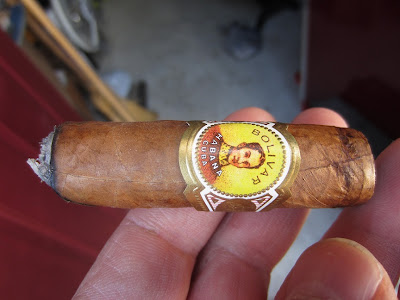 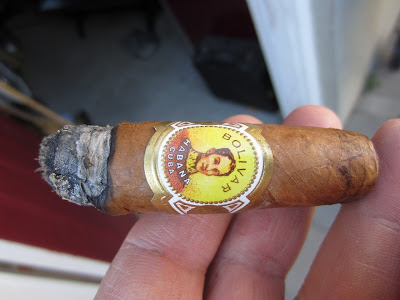 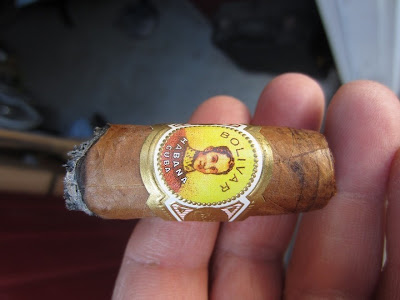 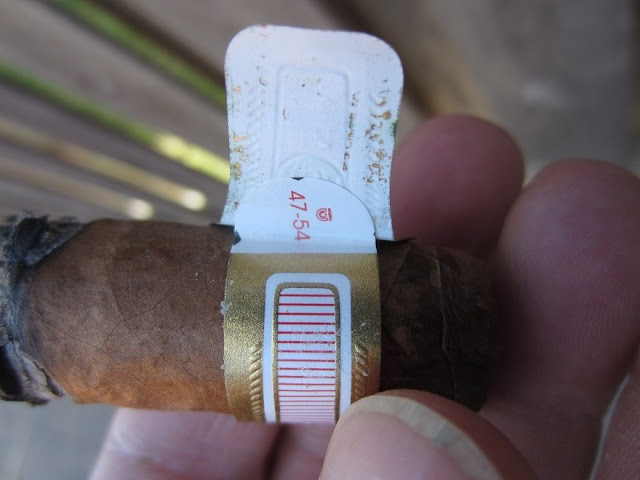 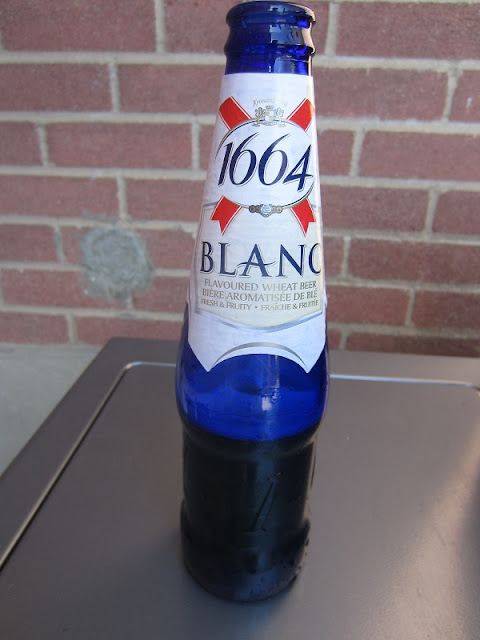