This is one of the most talked about Habanos releases of 2011. It's a Canonazo Especial (T) or a Double Robusto T, at 52 x 166 (6.5"), it's a perfect size for me. These cigars were made to commemorate the 45th anniversary of the Cohiba brand. It's sold in boxes of 10 which in Cuba sell for almost $300.
This would be the third one that I smoke. The first couple were very obviously too young and I didn't expect this one to be that much better. What I was doing was checking the progress of it's maturity, plus, I really wanted to smoke one. I planned to get together with a couple of cigar smoking friends and build a night around this smoke. We had a perfect dinner of Rib Steaks, Pork Ribs, Yukka, Sweet Plantines, Black Beans and Rice, a Chianti and an Amarone wine followed by a couple of amazing rums and then the cigar. A terrific dinner, good company, great cigars, amazing drink and perfect weather......what more can you ask for.
The wrapper on this cigar was dark, oily and veinless. A perfect looking cigar and exactly what a Cohiba should look like. The pre-light draw gave off maduro-like flavours. Once lit I got a perfect draw and strong coffee flavours with hints of nutmeg. I could already tell that this cigar has changed over the last 6 months, it was much better. At this point I was drinking the 23 year Zacapa Rum that tasted like chocolate and coffee and went perfectly with the cigar. The cigar tasted almost sweet when drinking this rum. The burn is just a little off but rights itself after a little while. This cigar has mellowed a bit through the months. Getting through the first quarter of the smoke I begin to pick up hints of molasses and the burn is almost bang on. The ash dropped on it's own. Right now this is a very smokeable cigar, much smoother than the first ones I had.
By the halfway mark this cigar is tasting very maduro-like and picking up strength. It continues to pick up strength up to the last third where it begins to turn and that's when I put it down for the first time. When I went home over an hour later, I decided to re-light the cigar. It was strong but smokeable for about another 10 minutes and then I tossed it.
For sure this cigar needs more time but as I said I new that before I smoked it. I think by having one every 6 months I will really be able to get a good feel for the changes this cigar is going through. Who knows when it will be at it's best, it's impossible to tell at this point or any point for that matter. It was much better than the first one I had so it has already improved. I believe these cigars are a good investment. 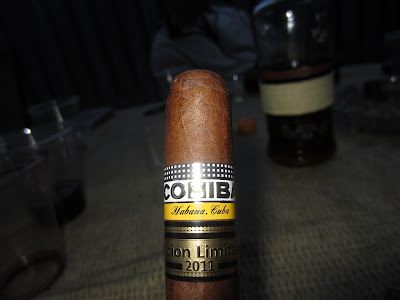 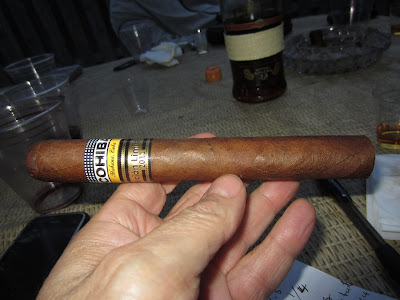 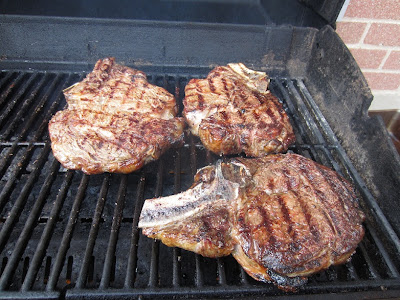 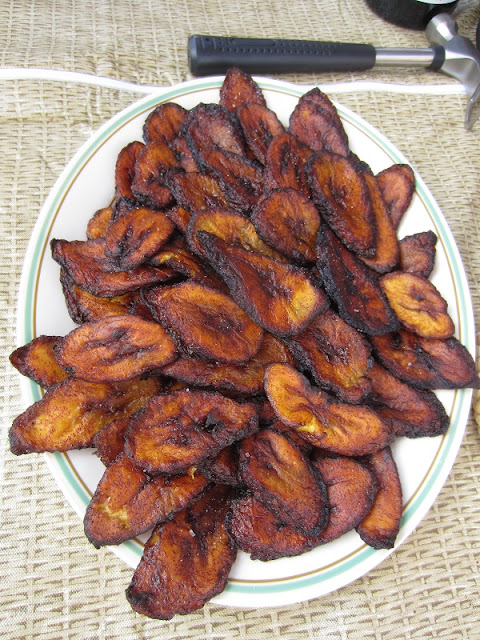 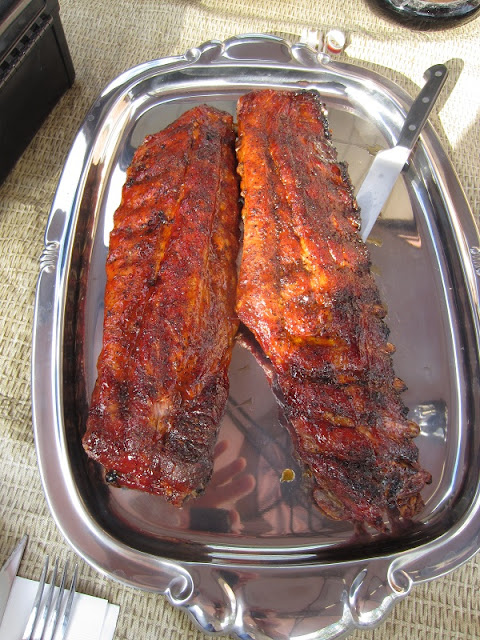 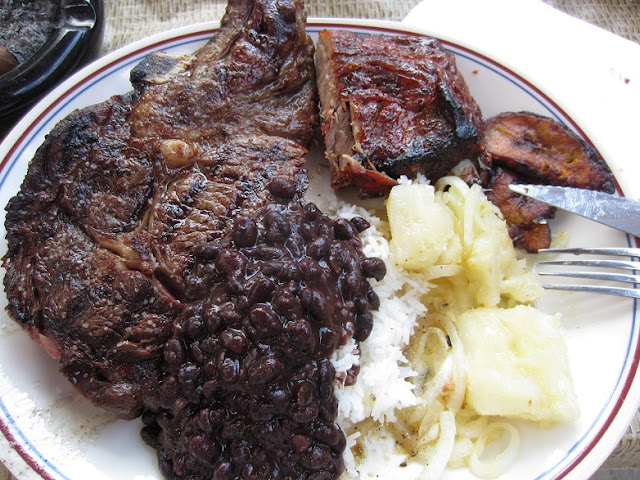 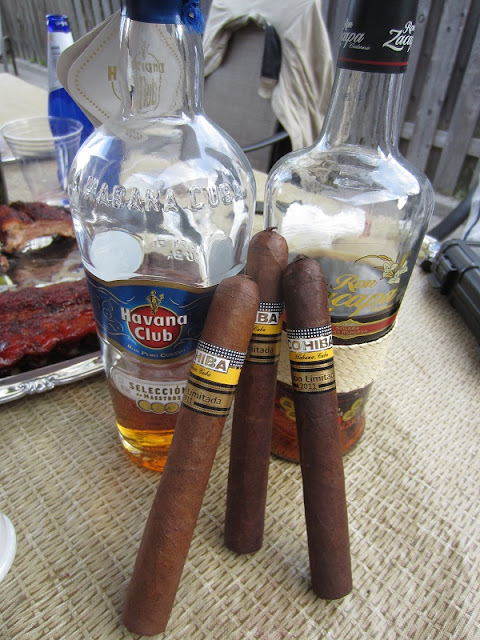 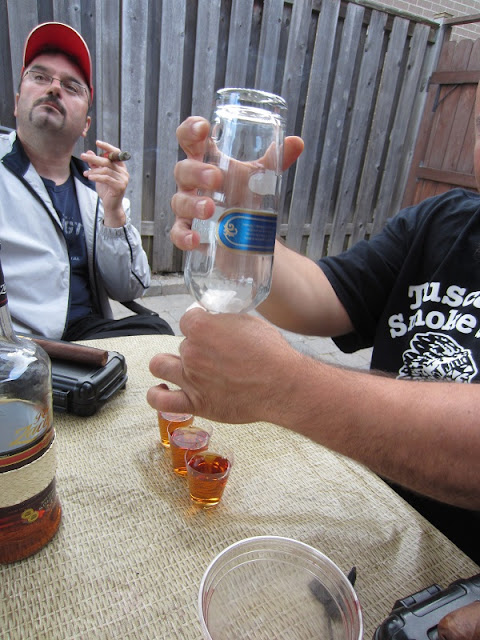 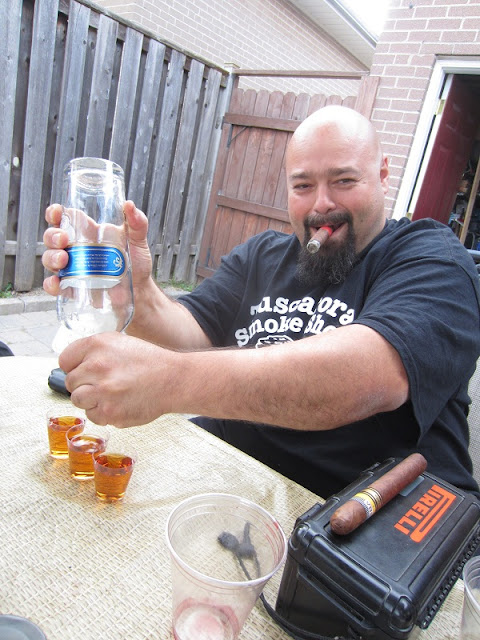 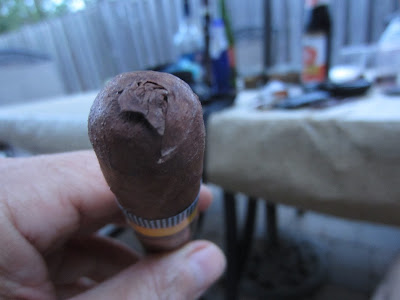 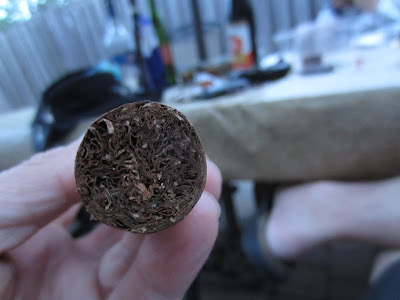 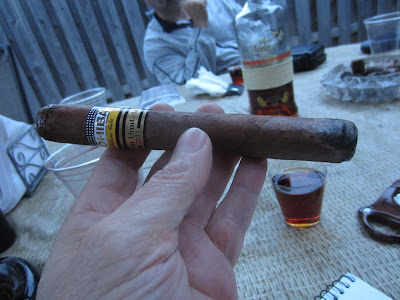 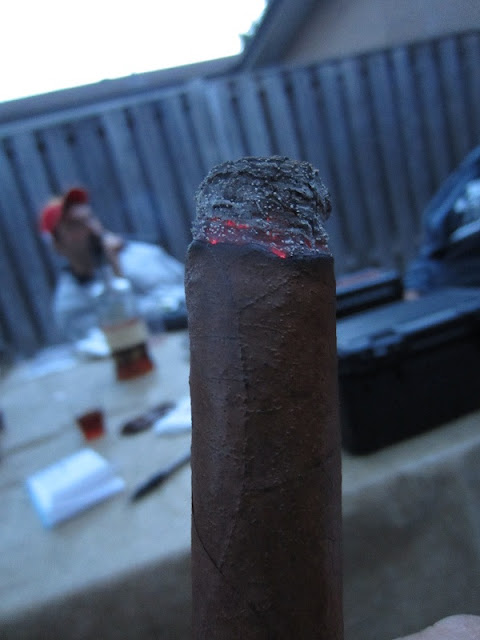 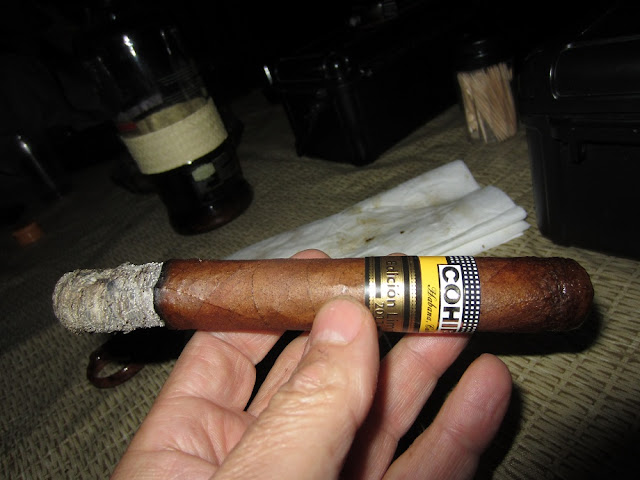 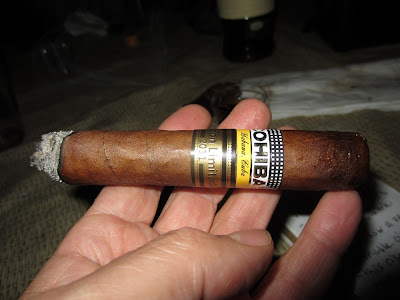 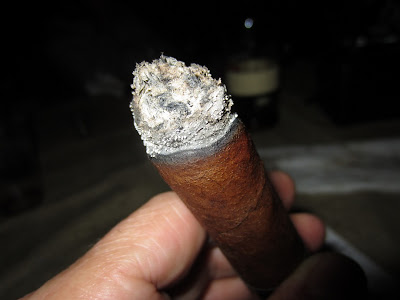 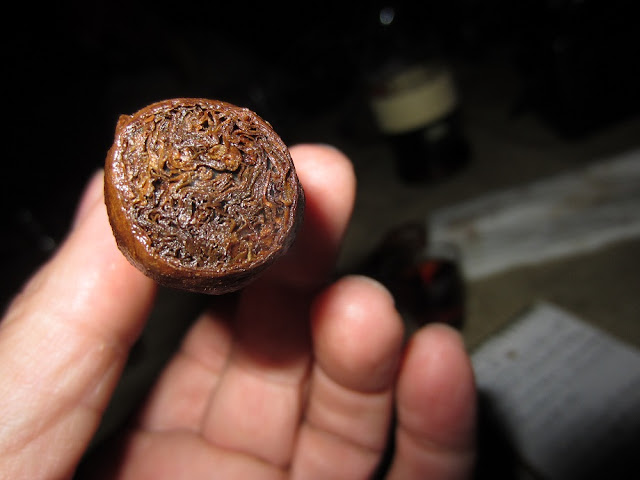 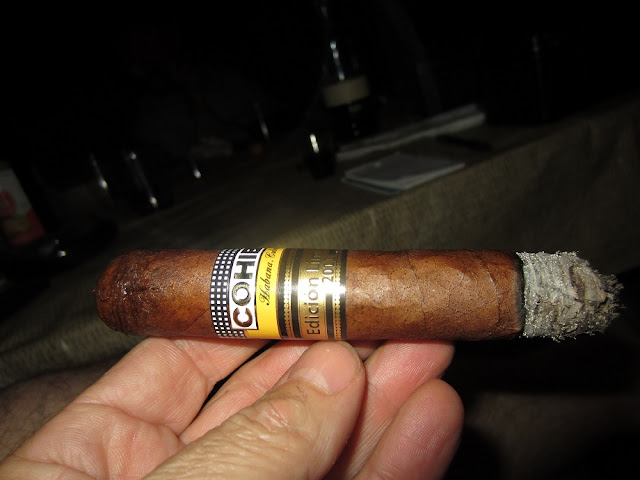 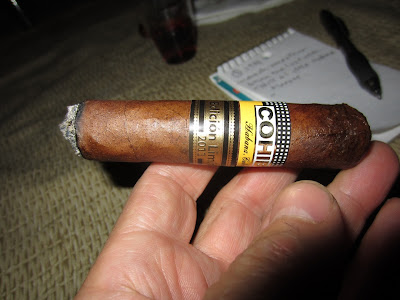 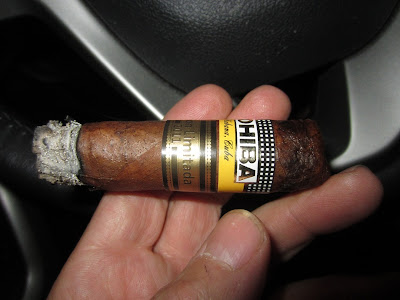 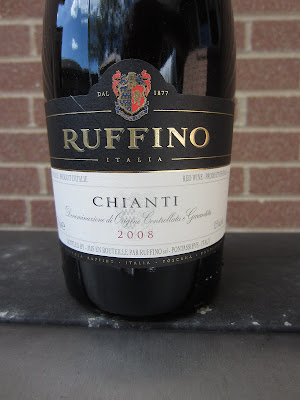 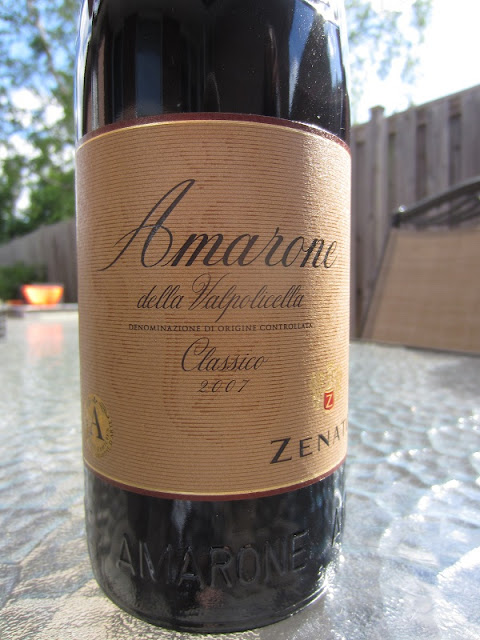