I've always liked the look of a Fonseca with it's tissue wrapping. This one here with the double bands looked even nicer. What they lack in complexity they make up in presentation. The vitola is called a Hermosos No.4 which is a Corona Extra at 48 x 127 (5"). 1600 boxes of 25 were made and released in 2010 for the Belgium, Netherlands and Luxembourg markets.
When I unwrapped this cigar it didn't look very pretty. It was a dry and bumpy, toffee coloured wrapper with no veins and with what seemed like little bits of the tissue remaining on the cigar. It was hard to the touch with very little to no give. The pre-light seemed promising however with big cedar flavours coming through. Once lit it was confirmed it was a perfect draw. By the time I got to the first half inch I could see the burn was already a bit off. It was a little salty with cedar notes and was mild to medium body in strength. By about the first inch the burn was still a bit off but not long after that it straightened itself out. Still woody with a hint of nuttiness.
The ash fell on it's own at about the halfway mark. It hit the floor with a thud as I was getting coffee. It was a good solid ash, it didn't disintegrate when it hit the floor. The flavours really hadn't changed much, the same woodiness now with a hint of herbal. A mild but very pleasant smoke especially during the time I had it, in the morning with no breakfast. Past the half I flicked the ash because I felt it was burning hotter through the middle and I was right. I touched it up with my torch and all was fine.
So it went like this through to the end with the flavours really not changing much and the burn being off and needing touch ups on several occasions. When it was down to the last quarter I even put it down for a bit to cool off. I re-lit it and it tasted and burned fine picking up a little strength but otherwise the same. When it was down to the last inch the flavours turned on me and I put it down.
I enjoyed it and my Belgian friend who sent me this cigar posted a price of 8.90 euros a stick in Europe. That's a very reasonable price for this cigar. I would buy these if they ever came my way. They are a very easy smoking cigar and as I said, a nice morning smoke. Thanks again JM. 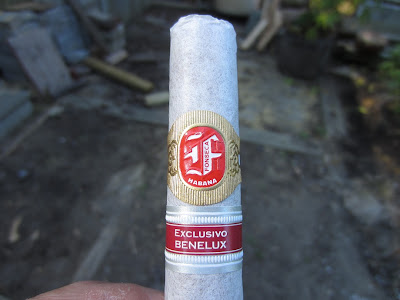 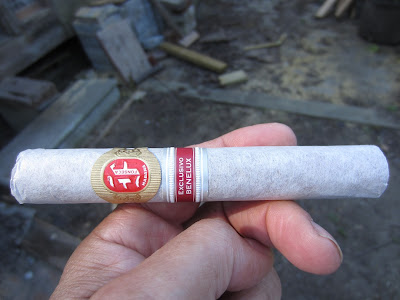 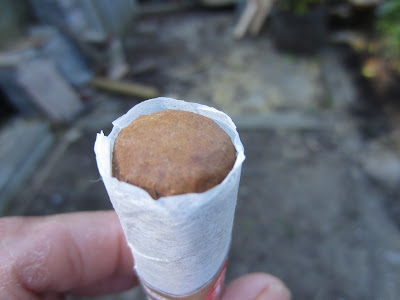 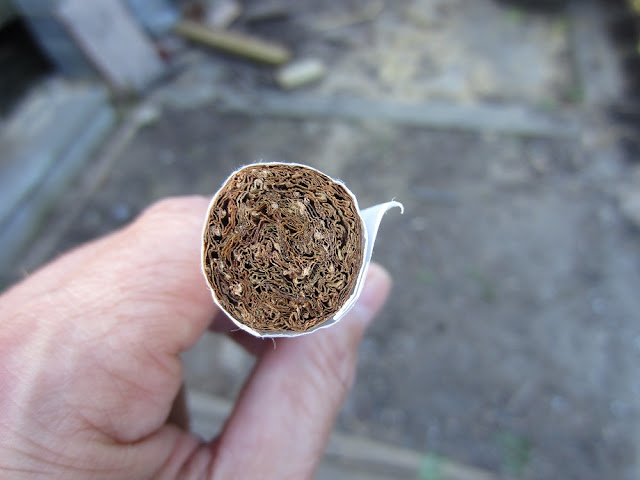 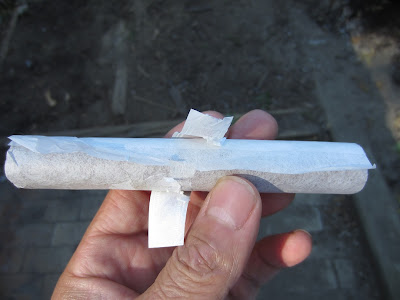 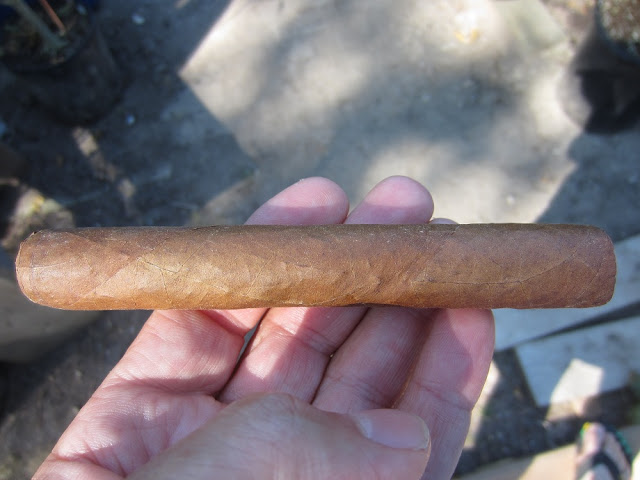 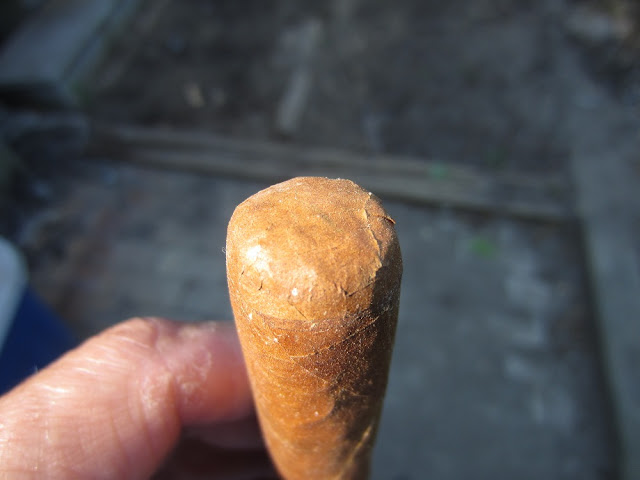 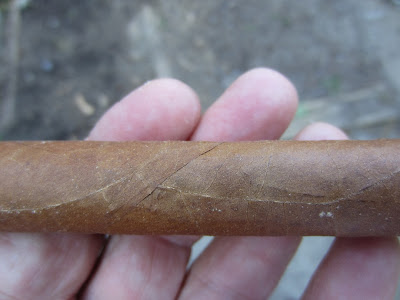 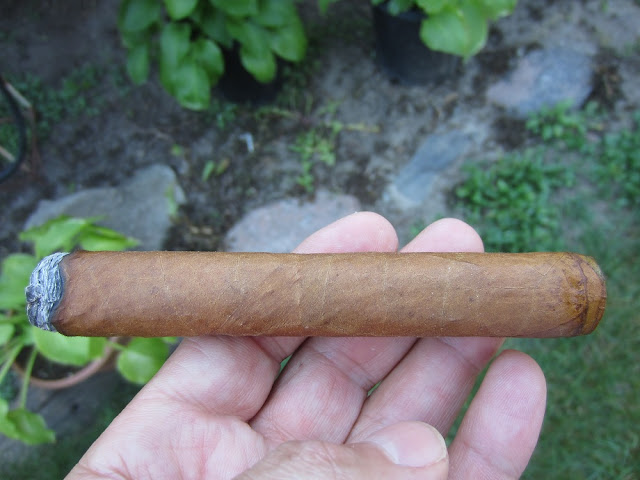 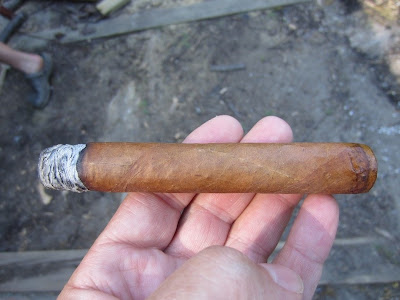 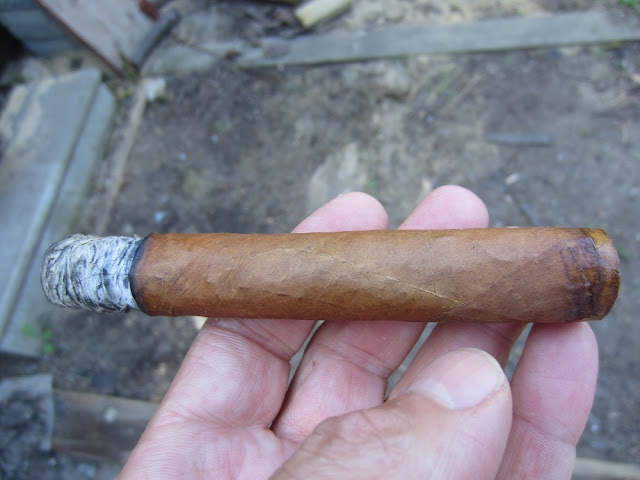 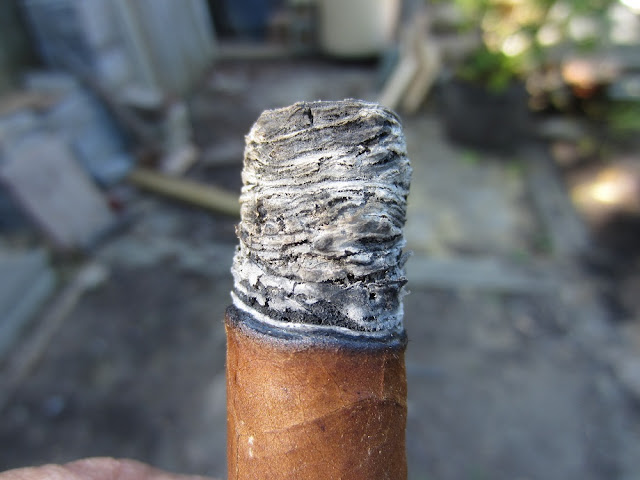 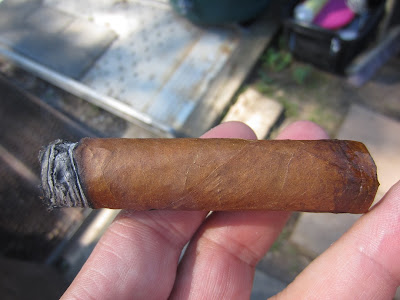 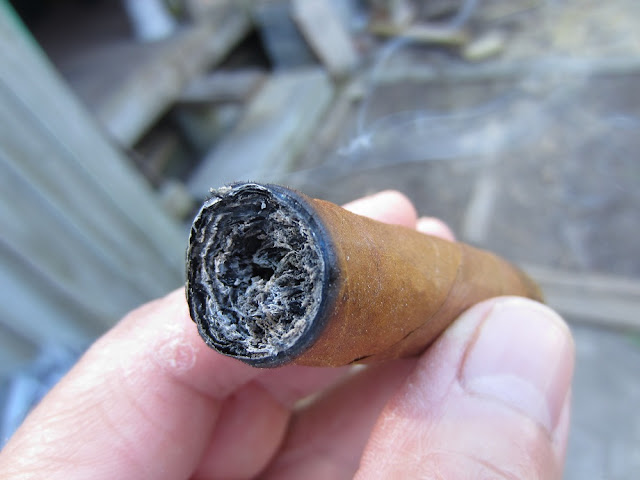 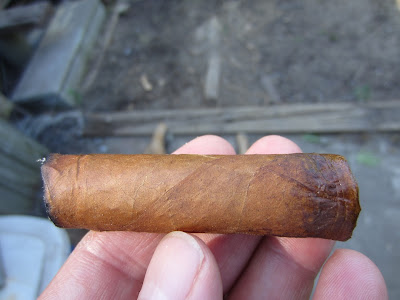 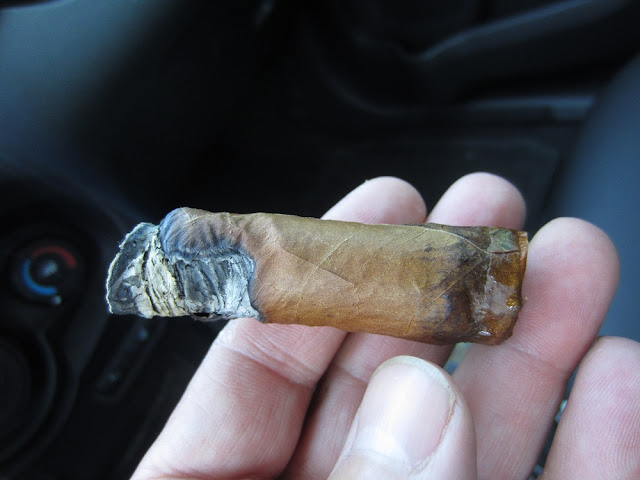 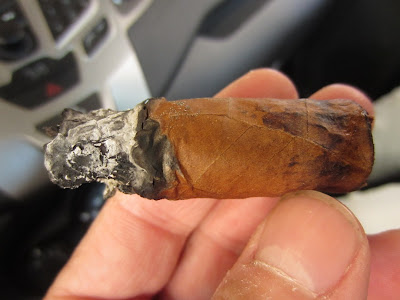 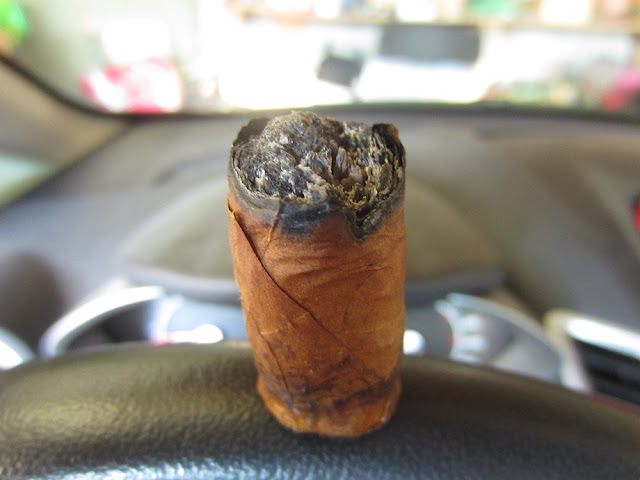