This church was built in 1664 but has gone through many changes through the years. The twin hexagonal towers were constructed during Pedro Morell de Santa Cruz's time as bishop after 1754. The tower of the Epistle once had a clock and the tower of the Gospel contains 4 bells, the oldest being cast in 1515. The image of Christ crucified within the church is more than 3 centuries old. The church takes it's name from all the travellers who would make this their last stop before going on a trip. They would stop here and pray before going on a journey, which was always dangerous in those days, and hence the name "Church of the Saint of a Good Voyage".
The church itself has not been very lucky having had major damages occur during storms through the years and almost being demolished in 1789 and again in 1868. The largest renovations took place under the Augustinian order in 1926 when the original stone walls were removed and replaced by new stonework and the church expanded. At this time the aisles were widened, Tuscan columns were built and 9 marble alters were added. Each of the nine alters was devoted to a saint who wasn't represented in the church earlier. Father John J. McKniff, the pastor of the church 1941-68, even added a school in a building next door which taught poor children for free. That building is still there and still teaching children but is now owned by the government. When his term was up in 1968, the Augustinian order left the church. A Salesian priest has led the church since that time. Finally in 1993 the church went through another crisis when it's ceiling  fell onto the alter. It has since been restored.
Walking by this church, as I have, you would think it's shut down. I never see it open and would think it's just another one of those buildings that's been slated for demolition. It is open but not for too many hours, you just have to know when. 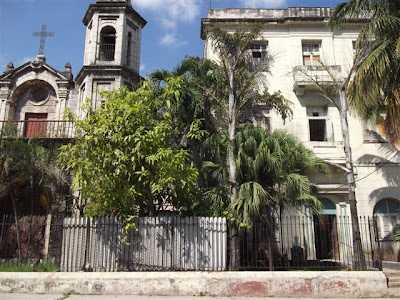 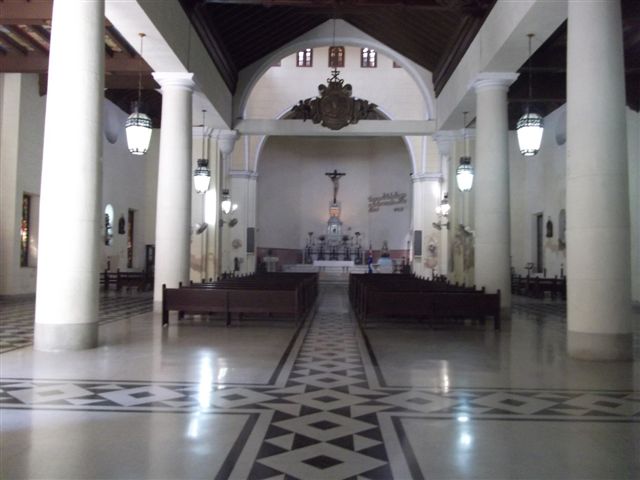 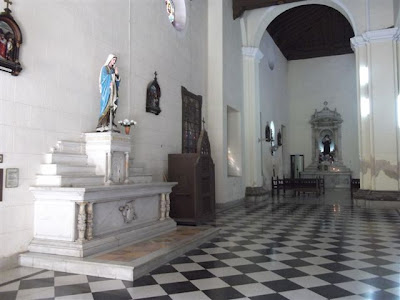 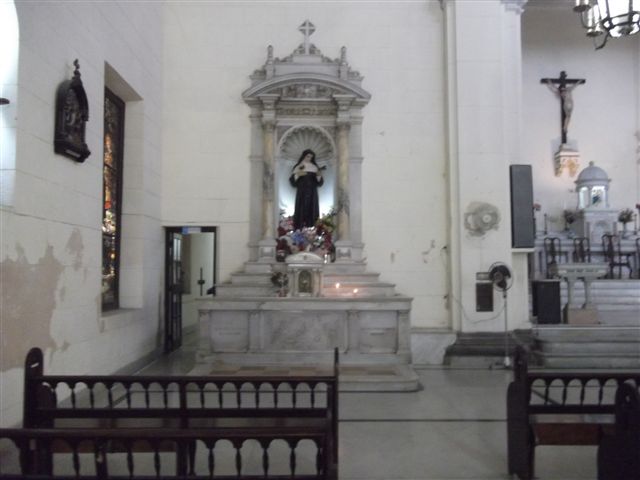 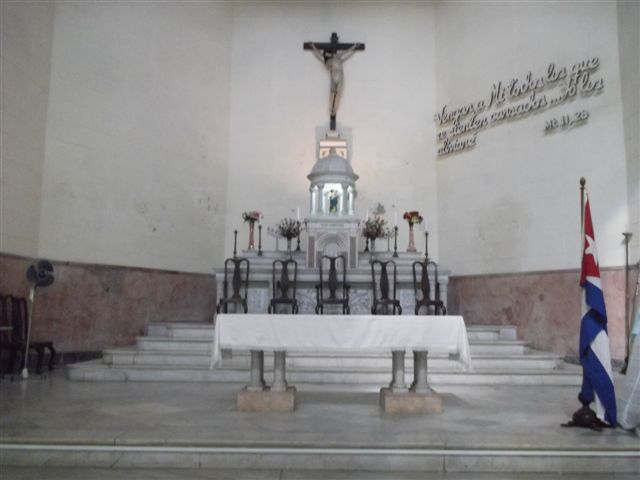 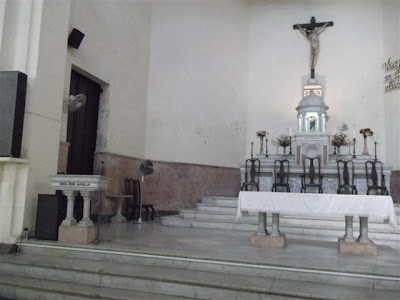 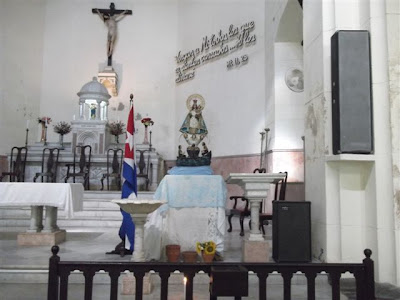 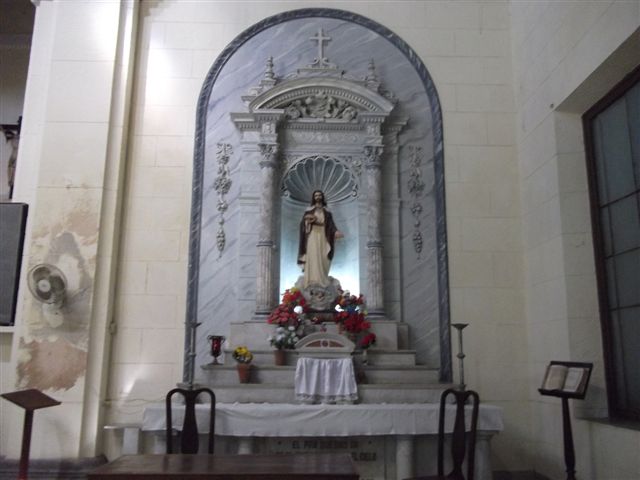 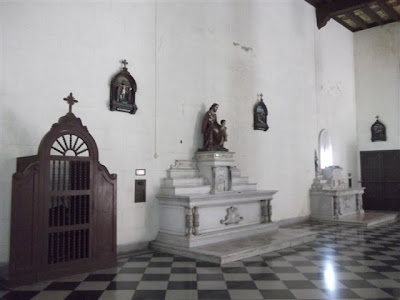 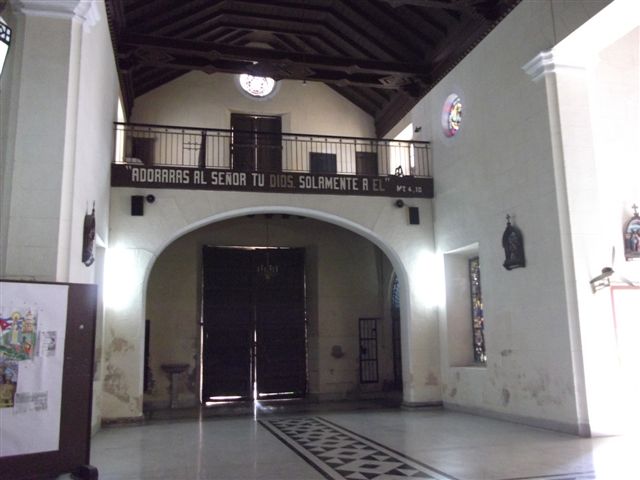 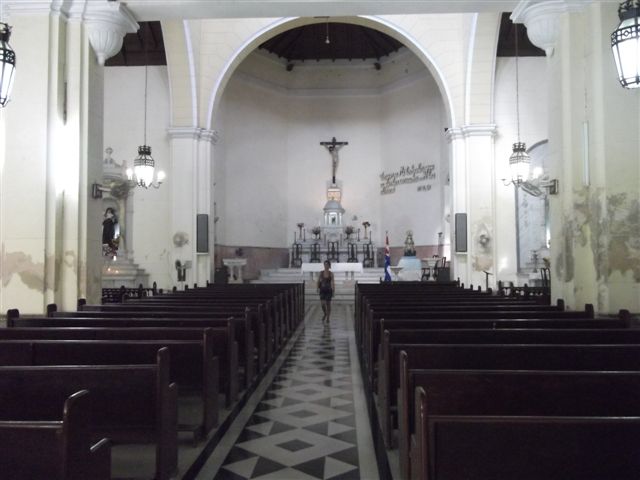 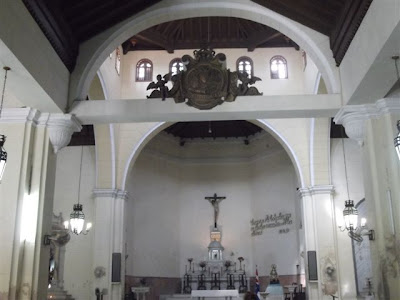 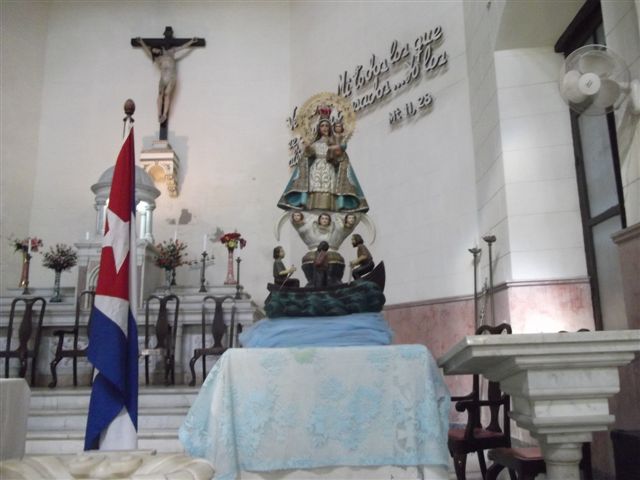 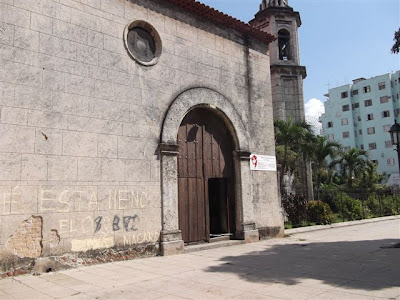 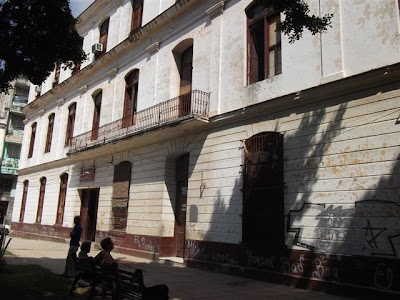