This Petit Piramide, in fact the whole Open line, has not been well received by the cigar smokers that I know. That's never stopped me from smoking a cigar. This one was given to me by a friend so I can't tell you how old it is but having smoked it I can guess it's not much older than it's initial release date, 2009. It seemed small at 46 x 135 (5.3") but it was the perfect size for a pre-lunch smoke. This was going to be a 5 cigar day and I had already finished my breakfast Fonseca Delicias and didn't want something too strong just yet. I had heard that the Open Line was rather mild so the Regata should be perfect.
It had a light coloured, slightly bumpy, veinless wrapper and was hard to the touch. The pre-light  draw was woody. Once lit it gave me intense wood flavours with a hint of floral. At this point it seemed like a good solid medium body and the draw was perfect. The burn was a bit off but the draw was still good. The bands were very loose on this cigar, I even lost one without noticing.
By around the halfway mark this cigar was burning fast. It had a very easy draw and that's not a good thing with my style of smoking. I tend to smoke my cigars rather quickly but it didn't seem to be a problem, the cigar never got too hot and burned properly. Whoever rolled this cigar did a good job. It's now a little musty, rather earthy like I remember some Montecristo's to be.
The second half of this cigar, although the flavours didn't change throughout, I enjoyed better than the first. It tasted more like a Montecristo and was a little stronger than I anticipated but not bad at all. The burn was off all through the second half and I had to keep touching it up but the taste was great. I smoked it right down to the end. I don't know what people are talking about, I enjoyed this cigar and would definitely consider adding some to my humidor. It's a great size for when you don't have a lot of time. 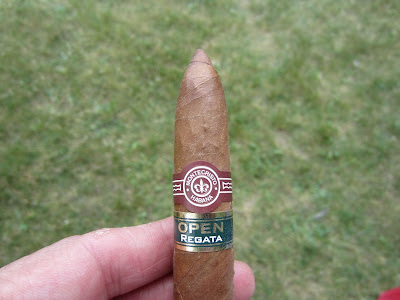 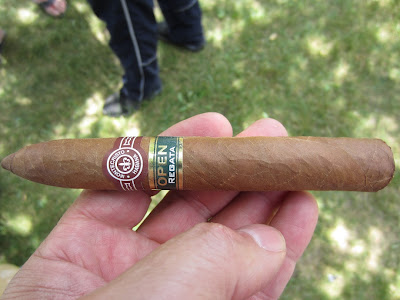 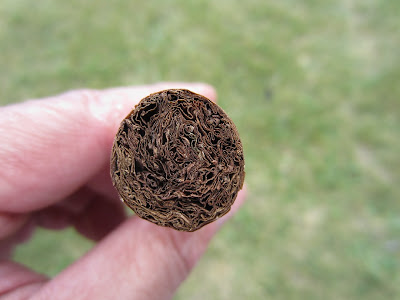 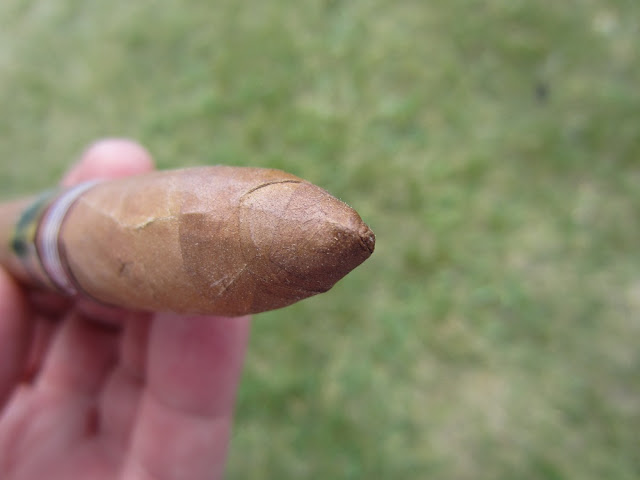 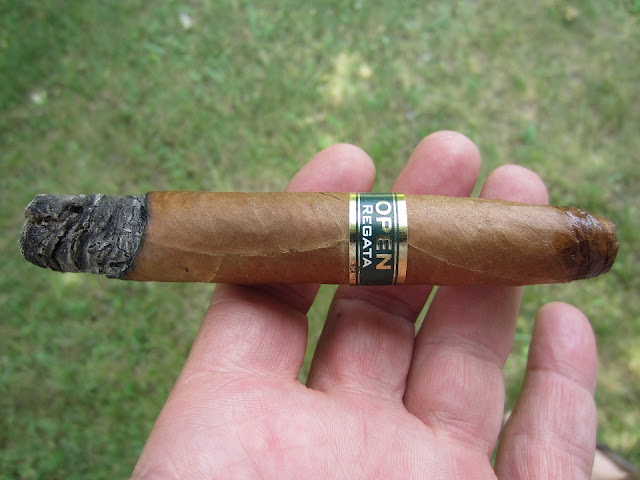 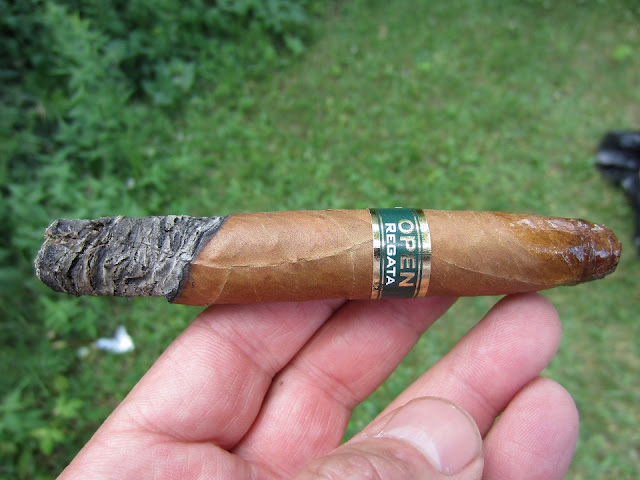 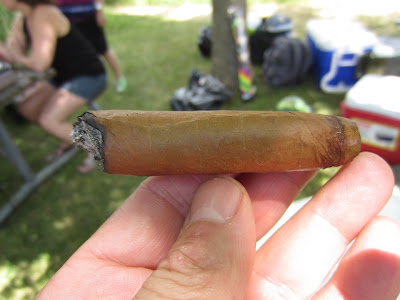 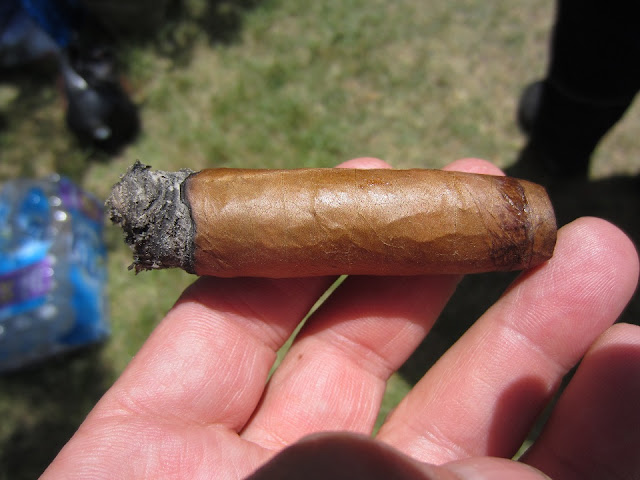 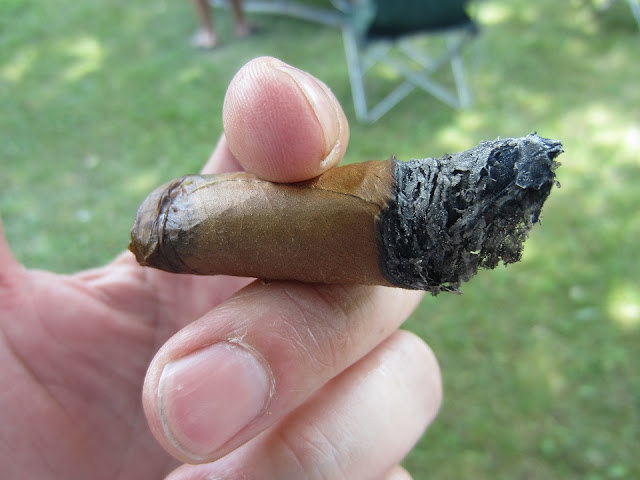 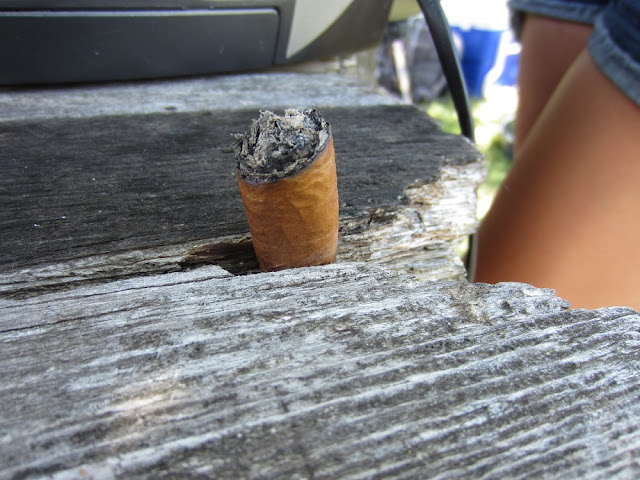 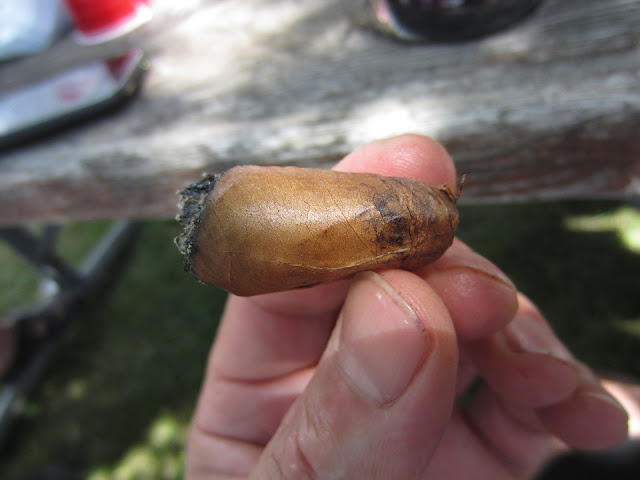