This is one of the many restaurants that have been opening up in Havana lately. With the laws relaxing and making it easier to open a restaurant, many have taken the leap and given this endeavour a try. This one in particular is a Japanese style restaurant. I've only been to one other Japanese or Sushi restaurant in Havana but that was several years ago and in the middle of nowhere in the outskirts of the city. This spot is in the heart of the Vedado District with many other restaurants within walking distance.
The term Teppanyaki means the style of Japanese cuisine which uses the 'Teppan', iron plate, to cook food. This restaurant also offers a decent variety of Sushi dishes. The owner of the restaurant had spent a few years in Japan as a Naval Mechanical Engineer. During the 70's and 80's he would spend a few months of the year there and would come to Cuba to visit. He has since retired as an Engineer and lives in Havana, now he goes to Japan for visits. He always had this dream to open a restaurant when he finally returned to Cuba and now at 65 years of age, with his right hand man Rael at his side, his dream has come true. His thought was to bring something different to Havana with this Teppanyaki style of cuisine and I don't know of any other place in the city doing this kind of food. As always, I was willing to give a new place a try.
Our personal cook was 22 years young. He had 2 years experience in the kitchen having worked at the new Indian restaurant 'Bollywood' previously. Alejandro Quintana was his name and he was a nice young man. The gentleman serving us and doing all the talking was Rael Tejeiro, the owner's nephew, right hand man and partner. The service was pleasant and any questions that were asked were answered promptly and properly. There was no wine list and I hate that but we were able to zero in on a $25 dry Rose wine that was pretty good. The menu wasn't super large but covered most bases or at least enough to make it interesting. I ordered the California Roll (tuna and cucumber) and it was actually pretty good, served with the customary soya and wasabi on the side. My guest ordered the Teppanyaki No.1 which included a miso soup, not bad, Sushi Roll, I enjoyed it, garlic fried rice, yummy, 200 grams of filet mignon from Uruguay which was very very good. The vegetables they served with the meat were minimal, I didn't like that. I want a lot of vegetables and preferably a variety with my main course. My guest loved everything but had never been to a Japanese restaurant before so had no reference. I decided that after everything I had, I wanted to order something else. I ordered the Gyouzas a la Plancha which are something like a Pork Ravioli done on the hot plate. I would order them again but for the middle of the table to share with other people. For dessert my guest had the highly recommended Crema Catalana, a Spanish custard dessert similar to a French Creme Brulee. Next time I'll order one too, it was good.
Although I can't find the bill, everything before gratuity came out to about 65cuc, approximately $70. That's pretty expensive for Cuba but not bad in relation to what we ate and drank. The decor wasn't anything special. This was an apartment in a building and not very much was done to it in the way of decor. It did have a fairly large balcony that was much larger than the indoor part of the restaurant. You better know where you're going if you come here (have an address) because you won't find any big signage outside. Once you're actually standing in front of the door to the (apartment) entrance of the restaurant on the second floor, you can't miss it, the door is a big sign. Not too many people were here on this night but the restaurant had only been open a couple of months and wouldn't be the easiest place to find. It's a little pricey for the Cuban with a few bucks in his pocket but not too expensive for a tourist who's willing to spend a couple of extra dollars on a good meal. I would and will come back. 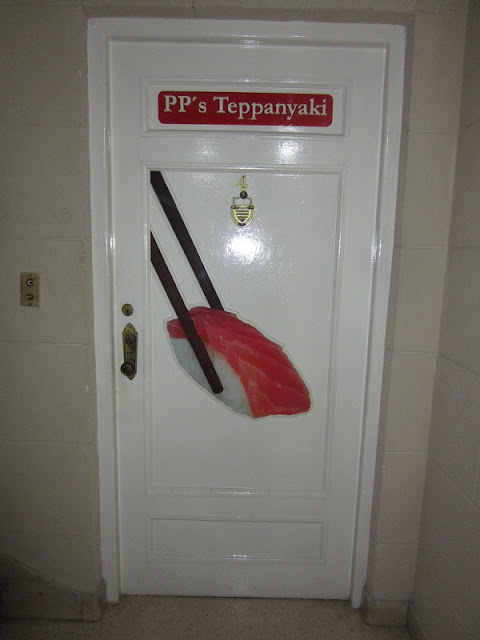 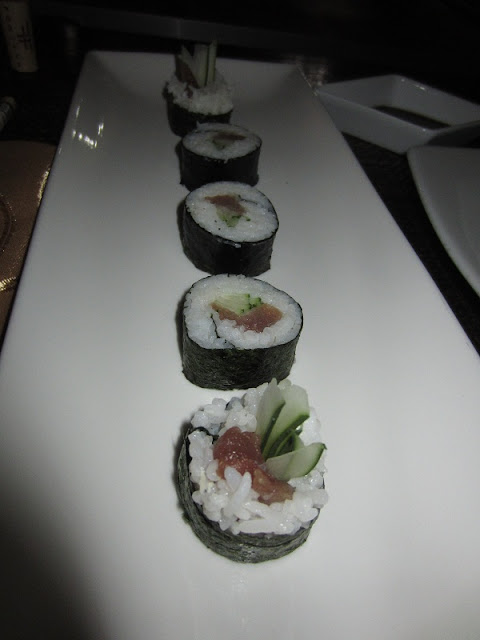 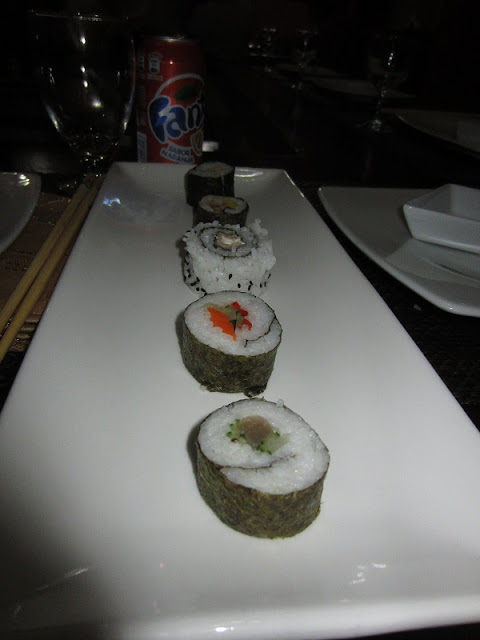 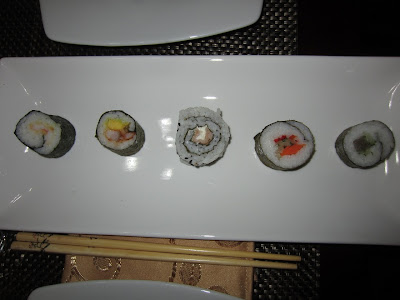 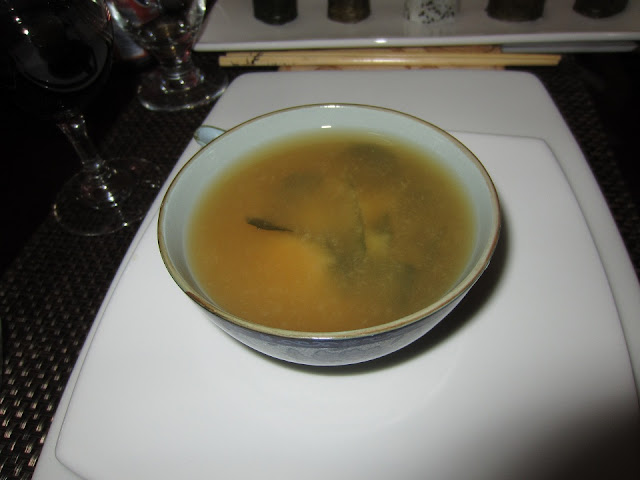 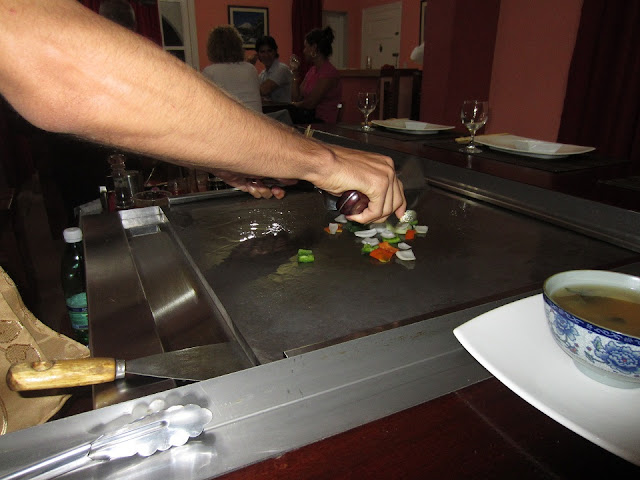 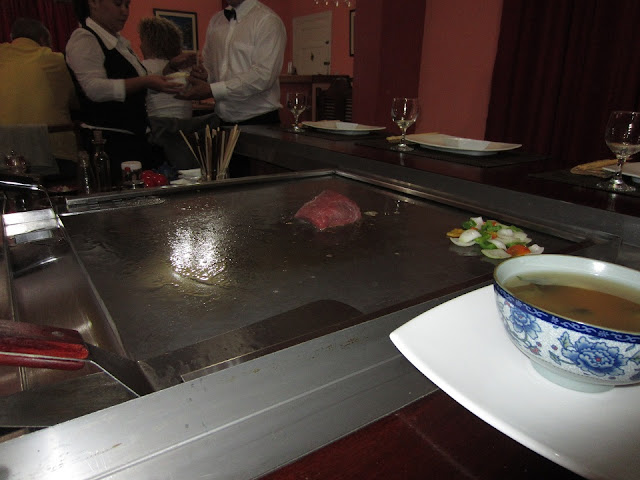 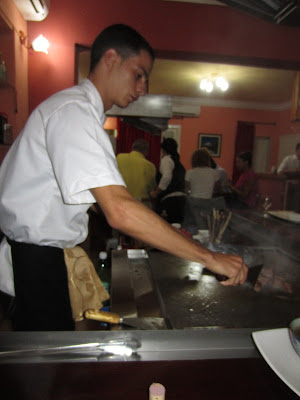 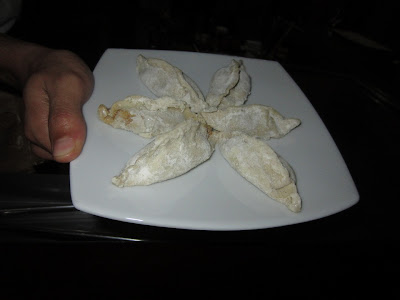 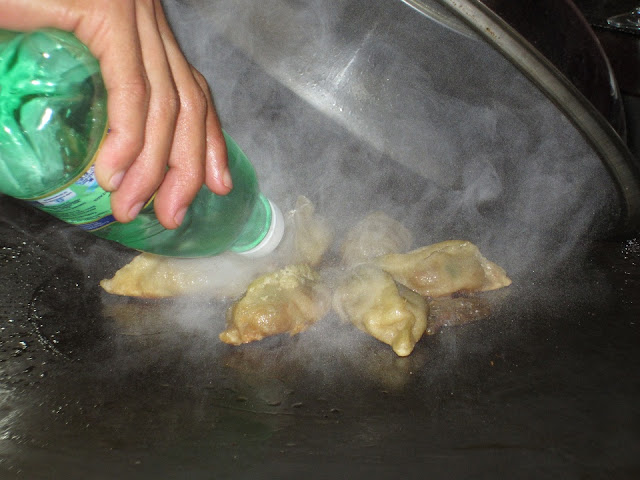 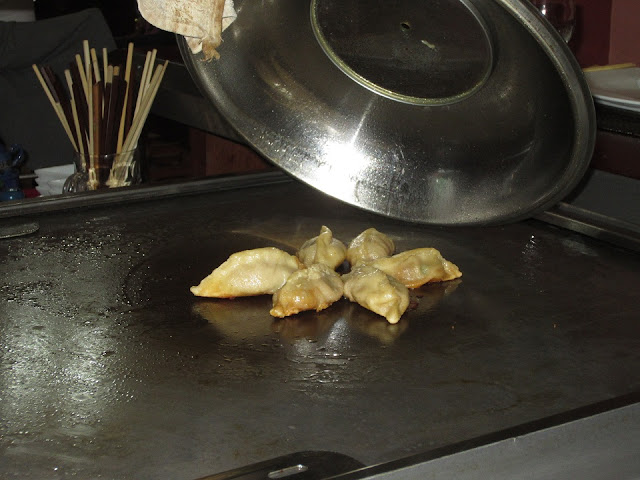 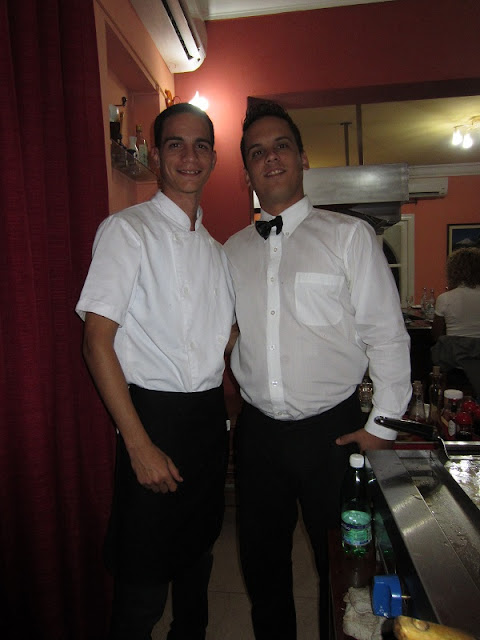 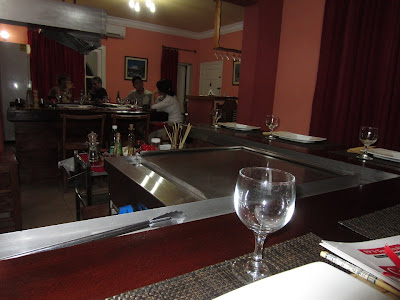 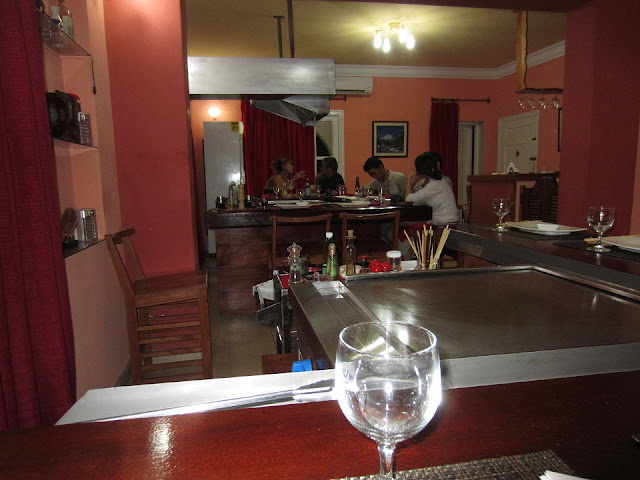 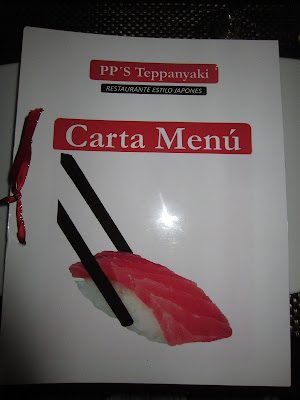 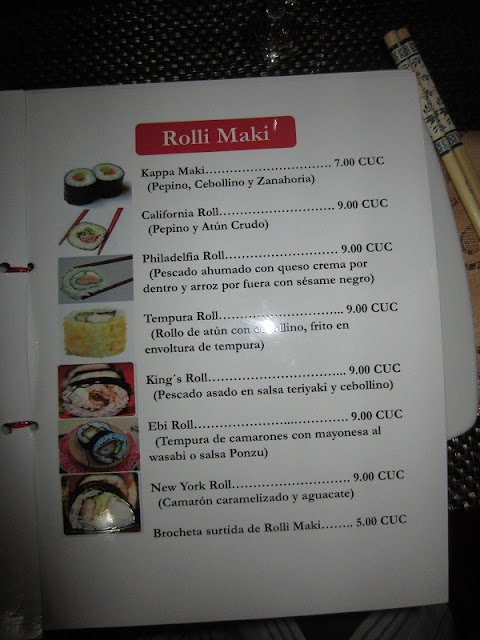 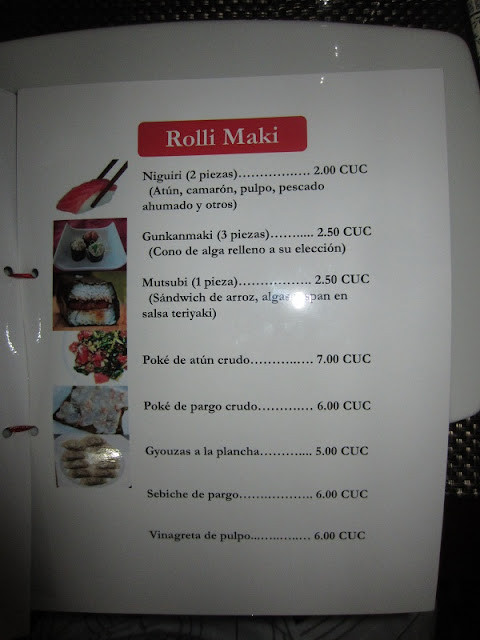 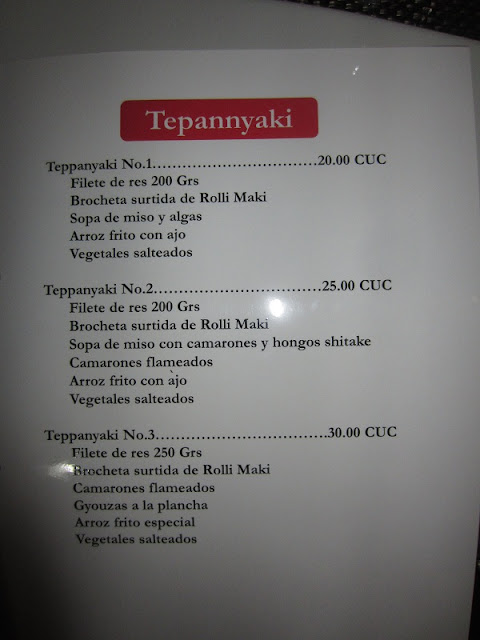 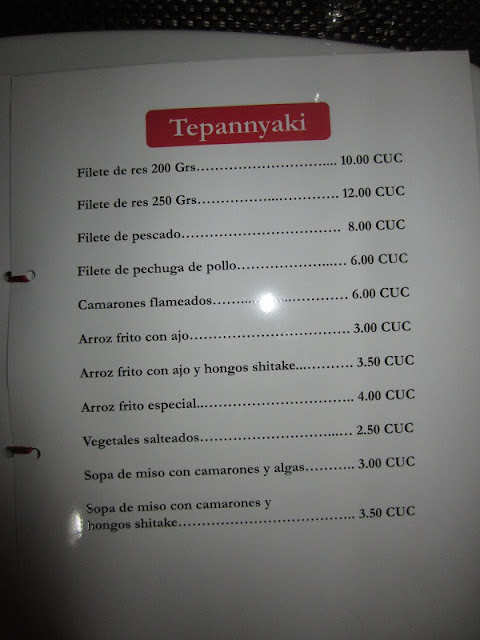 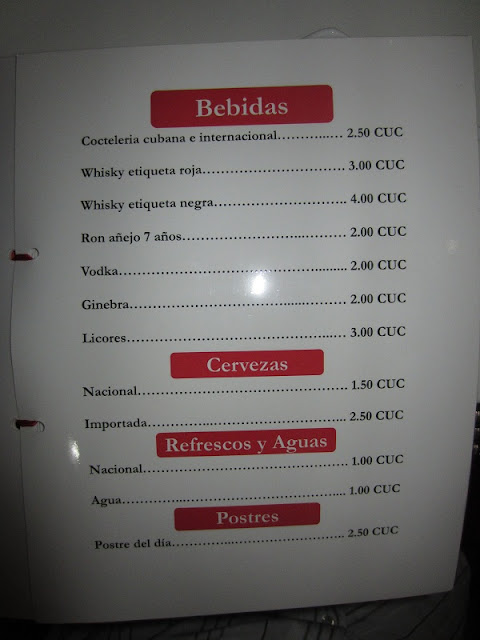