This was one from a bunch of cigars that were sent to me about a year ago from a good friend in Belgium. I still hadn't had the opportunity to try this one but found the time during the holidays.
They named this cigar the Punch Royal. I love this size, it's a Gordito or Robusto Extra, 50 x 141 (5.6"). It's been made for the Belgium, Luxembourg and Netherlands market. 2,600 numbered boxes of 25 cigars were made and released in 2009.
This was an absolutely wonderful looking cigar with a well constructed cap. It was firm to the touch and just slightly bumpy with a veinless, smooth, shiny, cafe latte coloured wrapper. The pre-light draw feels good and gives me a light cedar taste. On the very first draw I got the floral flavours I don't like but after a few more hits it made way for earthy manure with a hint of wood....I love it. The burn was a bit off so I touched it up with my torch. I'm at halfway through the first quarter and the taste is very earthy, burning even and a good solid medium body or maybe a touch stronger. I'm not yet at the end of the first quarter and the flavours turn right around, I begin to taste caramel. The burn is jagged, it's the only word I can think of to use. I flicked the ash at the first quarter and I begin to pick up touches of coffee notes.
Getting past the first quarter, the burn is still off and the earthy tone begins to come back. The flavours remain pretty consistent through the second quarter and the ash is flaky as I near the halfway mark.
Just past the half and the cigar tastes a little bitter but it smooths out shortly after that returning to it's earthy flavour. The burn is still off through this quarter and once again the flavours remain consistent. As I reached the last quarter the bitterness came back but once again it smoothed itself out.
During the last quarter it picked up a bit of strength but otherwise the flavours didn't change. I smoked this one down to the end.
In conclusion...a decent cigar even though the flavour doesn't change (I like earth and wood anyway) throughout most of the smoke. There was that big curve it took at about the first quarter mark which was interesting. It makes me think this cigar needs a little more time to settle down. I have another one which I will save for some time down road so I can compare. 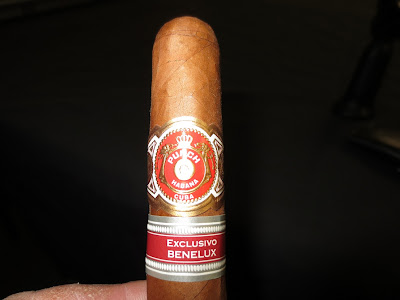 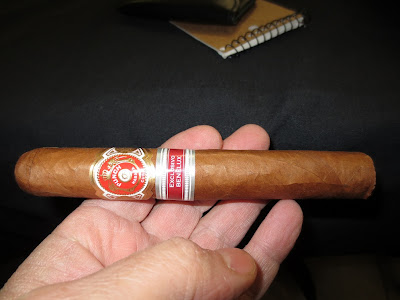 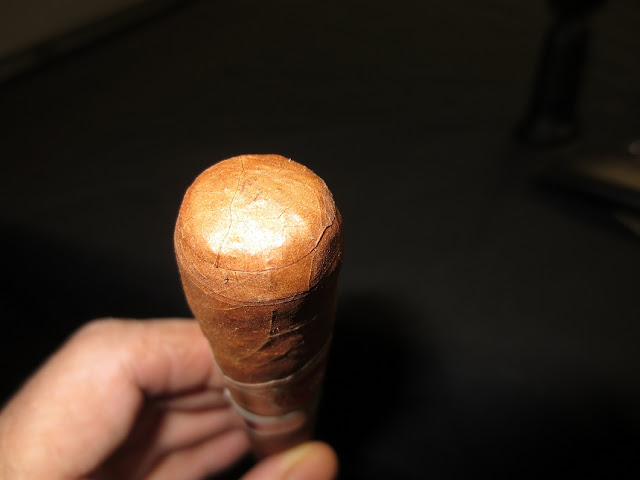 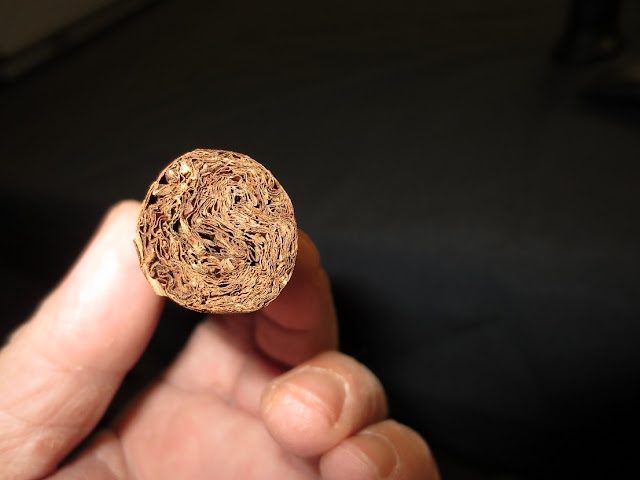 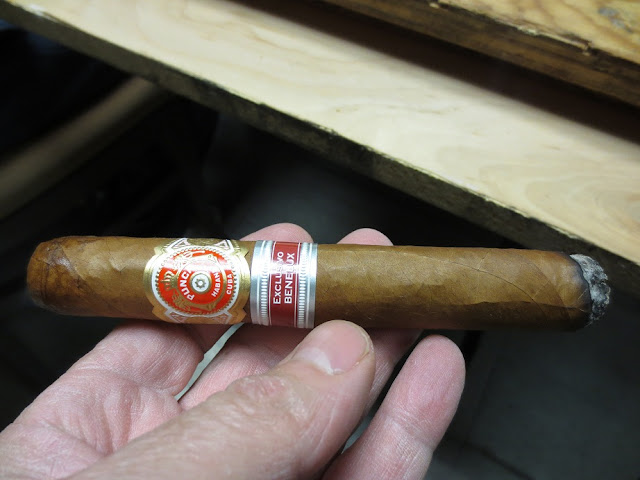 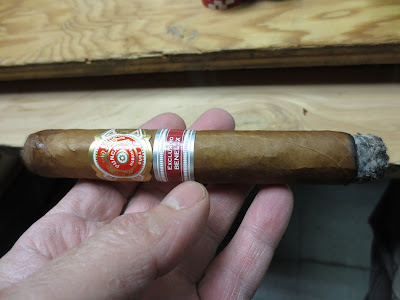 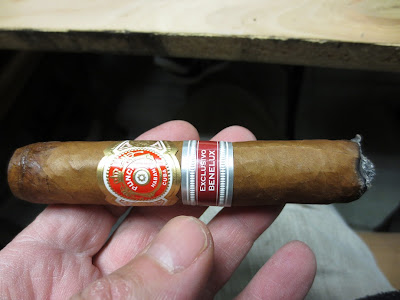 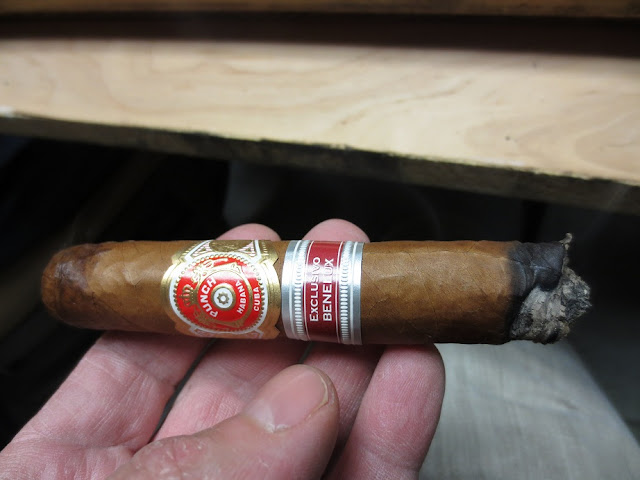 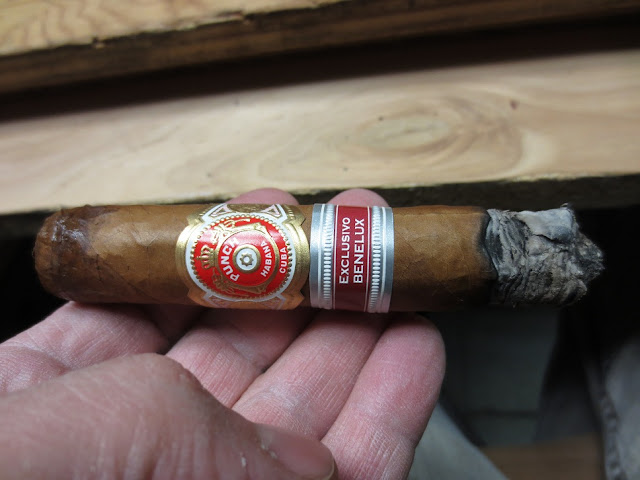 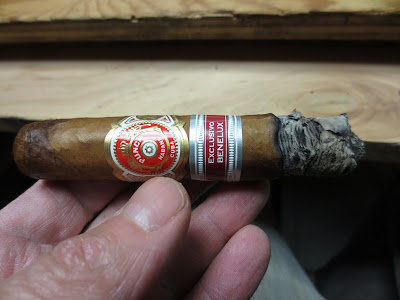 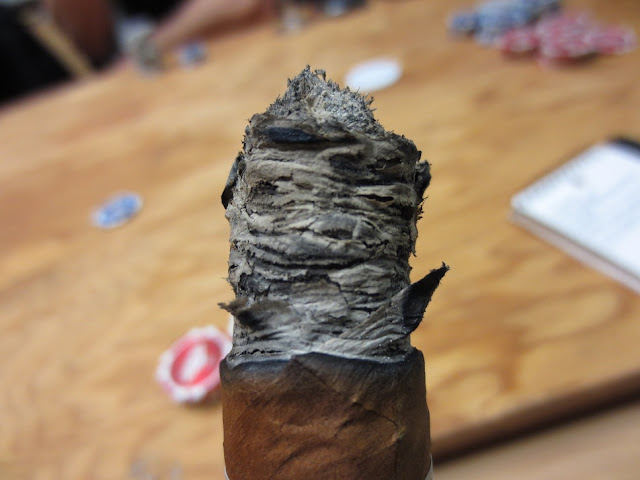 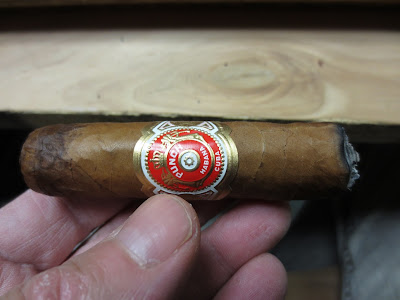 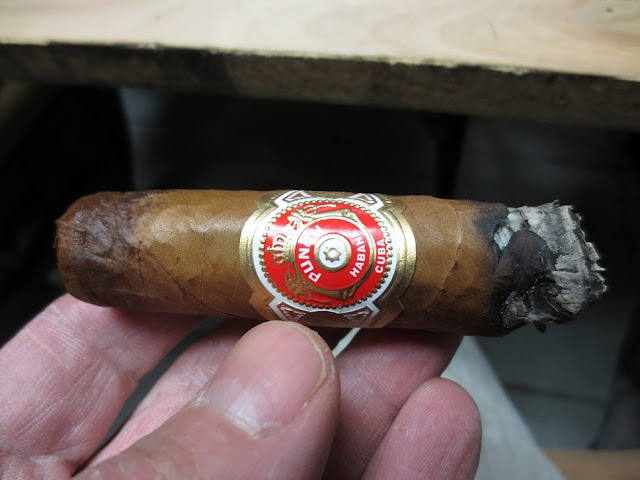 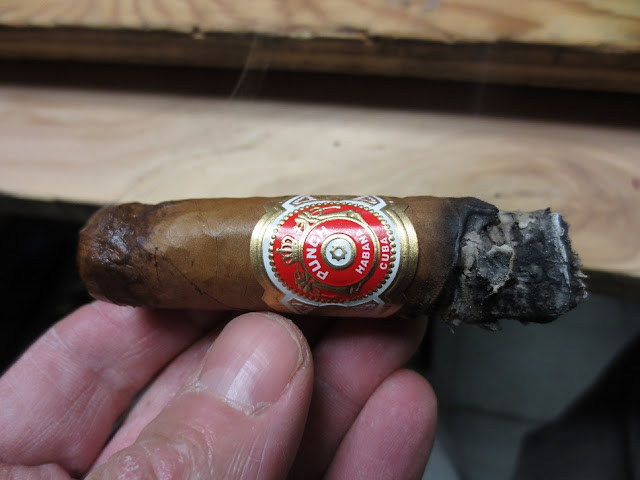 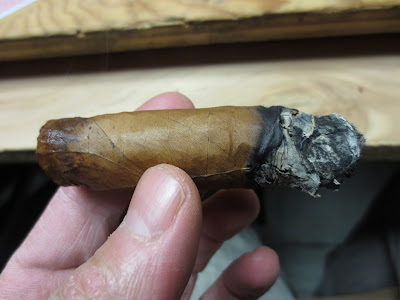 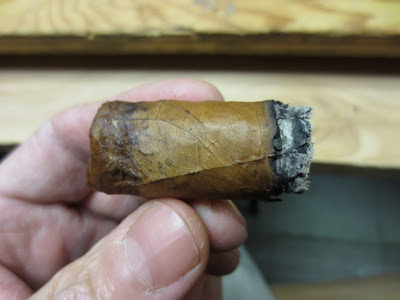 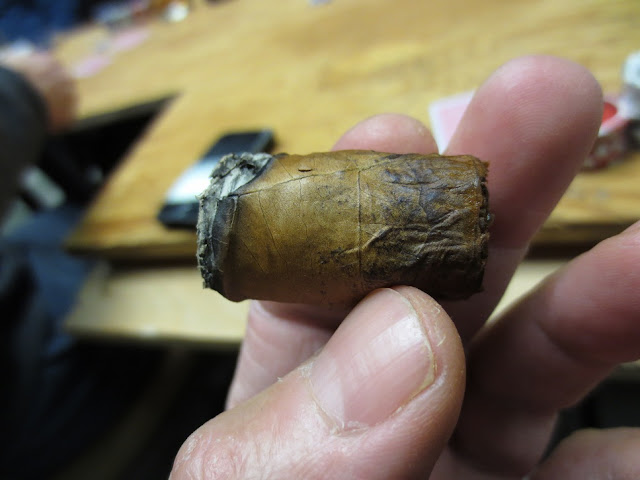