I was given one of these cigars by a friend of mine recently but this isn't the one I'm reviewing. I was reminded that I had completely forgotten to post my review of the same cigar given to me by another friend. I smoked it the end of September, not that long ago, I'm interested in eventually seeing how it compares to the one I got recently. It was just before dinner and I wanted to sneak a small cigar in before my steak was ready. Rather than having cocktails I opted for one of my favourite Ontario wines in warmer climes, The Ladybug Rose. This isn't a very long review, too much conversation and not enough concentration on the smoke. One of my friends smoked a Montecristo Petit Edmundo and it was great to be able to compare the two. I much prefer the Ramon Allones over the Montecristo, it seemed to be fuller in flavour without knocking me on my behind, I liked that. The Ramon Allones is a Petit Edmundo (Petit Robusto) at 52 x 110 (4.3"), 2500 boxes of 10 cigars were made, they were released in 2010.
This was not a great looking cigar, it was bumpy, indented in one spot and had a bumpy cap but it did appear to be free of veins. The one I got recently didn't fare any better, it was a little rough looking as well. No matter, the proof is in the smoke. It was hard to the touch with very little give. I took a picture (it's posted below) of the (foot) ends of the cigars beside each other. What a difference, you can see how much tighter the Ramon is rolled compared to the Monte, without touching them.
The first puff, chocolate, and a perfect draw, I was surprised and relieved. The burn was already off and I could tell it wasn't going to be a very strong cigar, a mild to medium. The chocolate flavour made way for earth and wood. The burn began to straighten itself out and I began to pick up hints of tea. By the time I reached the first quarter the burn was off again.
It remained mild, it was a perfect before dinner cigar for my taste. Now back to chocolate with hints of tea. Flicked the ash at the halfway mark and noticed it was burning hot through the middle, you can see it in one of the pictures. Touched it up with my torch and it was ok after that. The cigar didn't change much through to the end. The last quarter still tasted amazing and I couldn't put it down. Smoked this guy right down to the end. I'm glad I just got another one, I hope it's as good as this one. 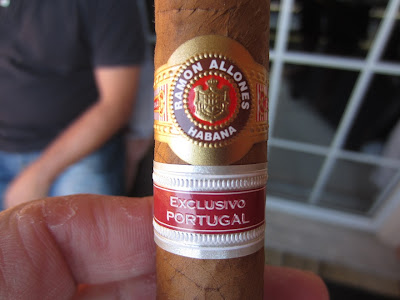 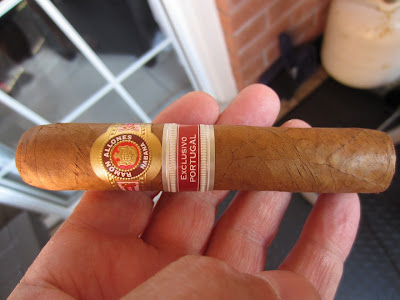 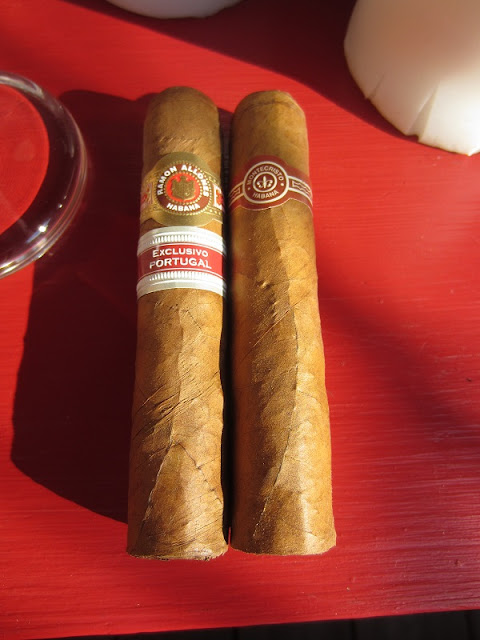 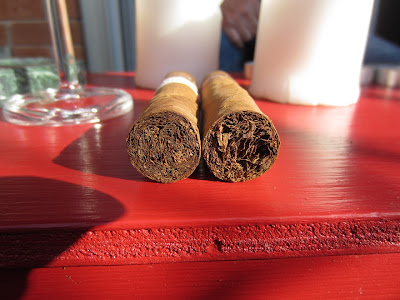 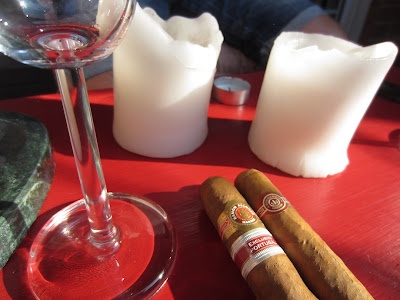 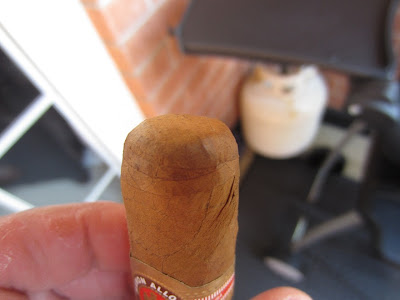 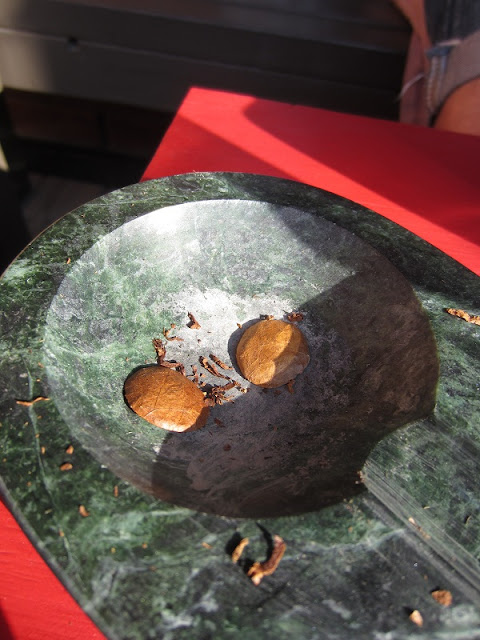 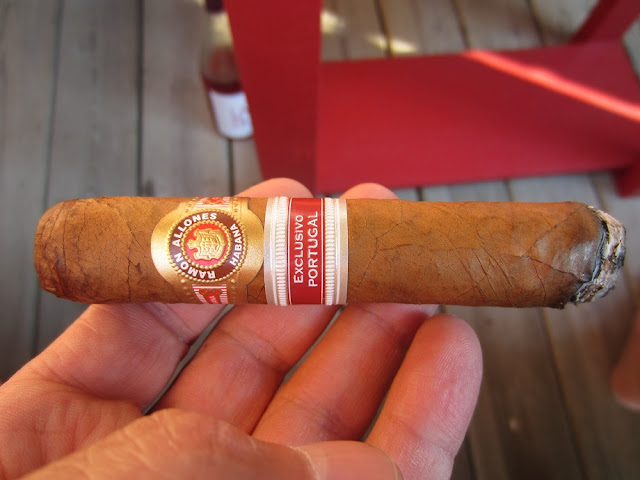 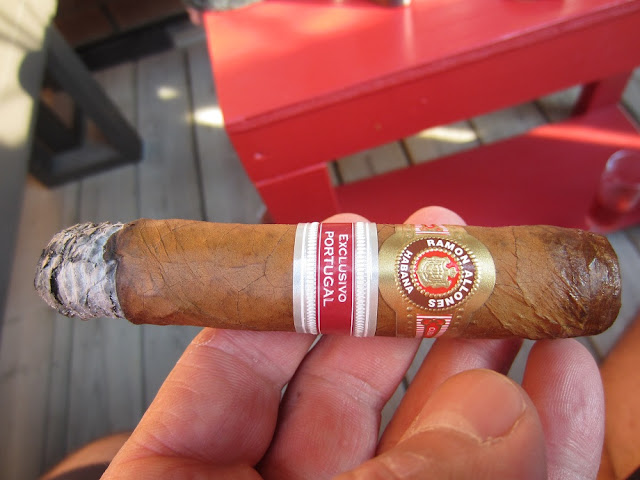 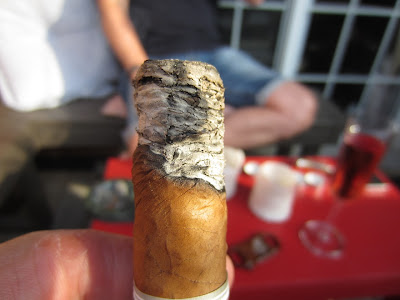 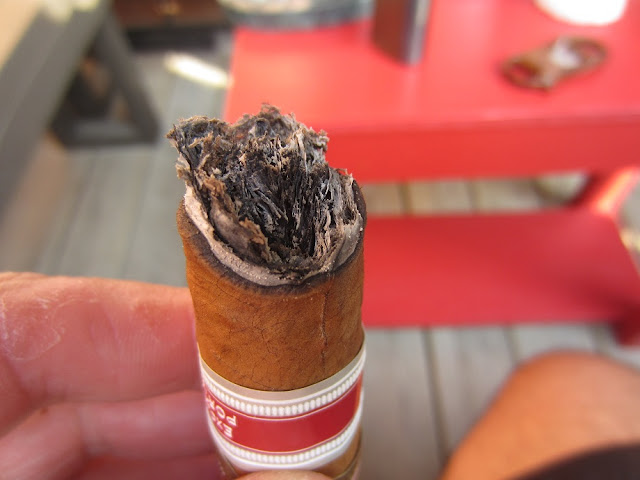 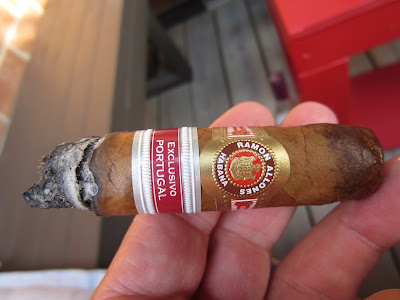 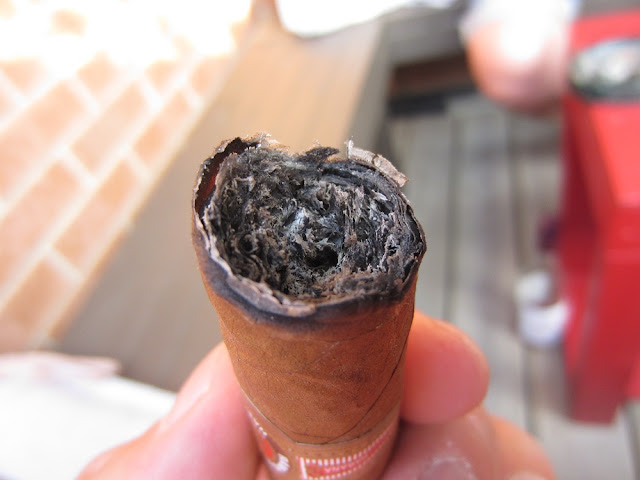 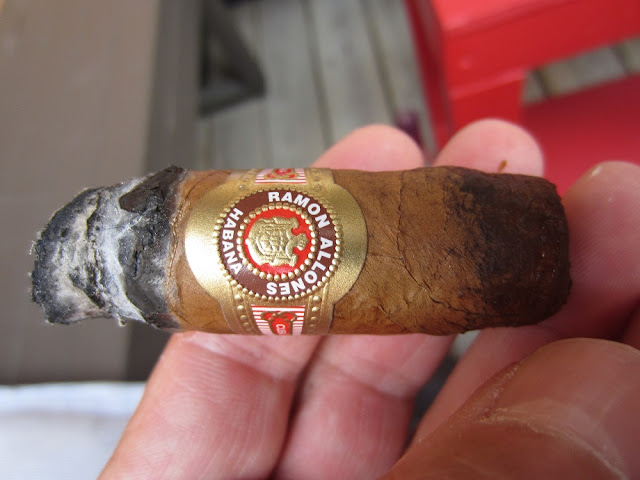 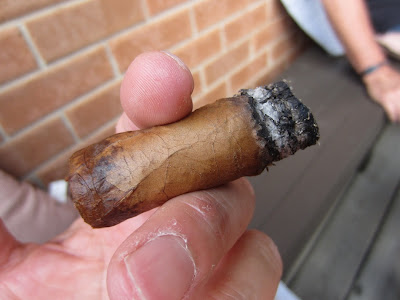 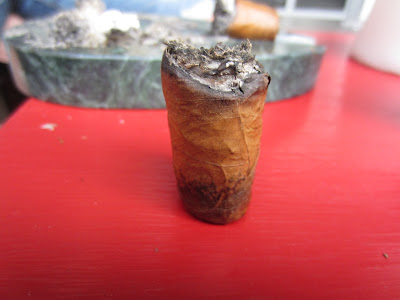 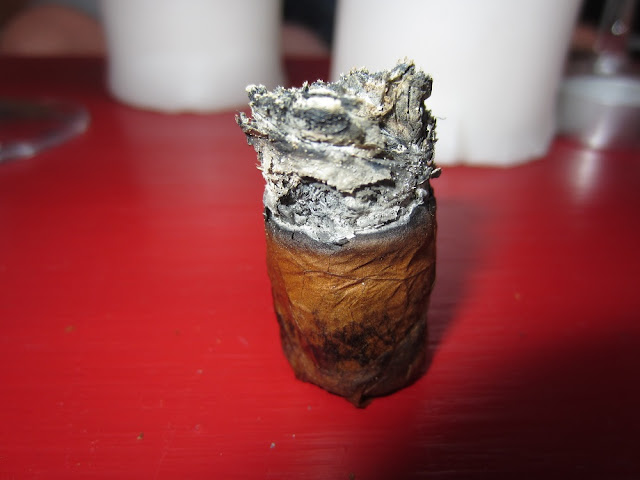 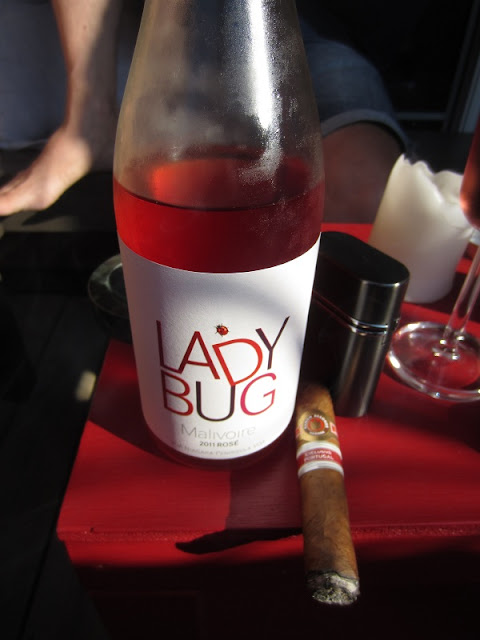