I love this place and try to make it out to catch a show at least once while I'm in Havana. It's not a very big place so by the time the main show begins the joint is packed and it's unlikely you'll find a table. I recommend you make a reservation or arrive early. I went personally to make a reservation while on my way to the Hotel Nacional which is within walking distance of Gato Tuerto, just a couple of blocks away. After having a couple of Mojitos at the Nacional patio we made our way to the Gato for our 11pm reservation.
The show usually begins at about 11pm with a couple of guys playing traditional Cuban Boleros. On this particular night the opening act was asking the audience where they were from and playing a song from their country of origin. The song they played from my country, Canada, was brilliant. They played 'My Way' which was written by Paul Anka who is a Canadian. I never saw that coming. At 11pm there were still some tables available but by Midnight they were occupied. The main show begins at 12 and it can vary widely in Genre. One night we saw an old lady belting out Cuban classics that everyone seemed to recognize but on my last visit the main show was a young Cuban Artist and his band playing pop and modern Cuban ballads. On this visit it happened to be the same guy as last time but now he seemed to be famous. His name is Mayco D'Alma and I've been seeing his videos about town lately. He seems to have become quite popular since the last time I saw him. I don't know how all those guys can fit on such a small stage but they do it.
The crowd that comes to the Gato is always a good mix of mature tourists and locals in the Arts or who have a bit of money. There's a 5cuc cover charge but once you're inside it's not very expensive. On this visit we had: 2 Mojitos, 2 Nacional Beer, 2 Baileys, 1 Frangelico, 1 Havana Club Anejo Especial and an Appetizer for 21cuc before gratuity. It's open until very late, has decent service and is very safe. There's even a restaurant upstairs but I have yet to eat there. I don't believe the food is very good but I think I should try it one day anyway so I can say for sure. The bar is dark and crammed and allows cigar smoking so if you don't like smoke I wouldn't recommend you go. However, if that doesn't bother you I suggest you put it on the top of your list of Clubs to check out when you're in Havana. 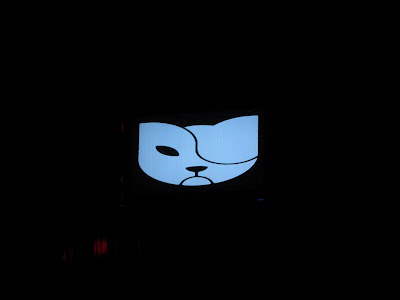 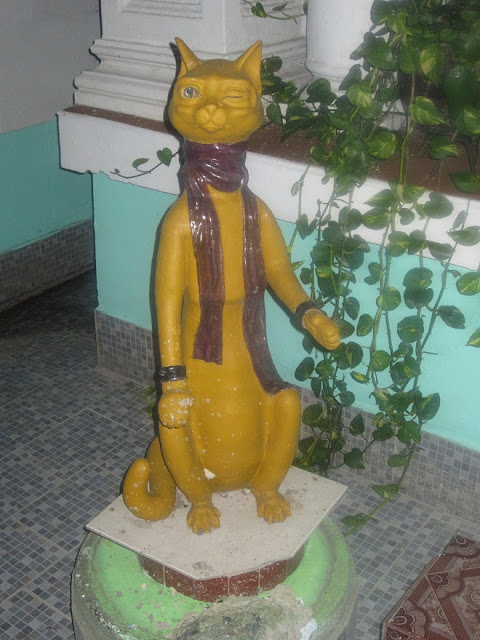 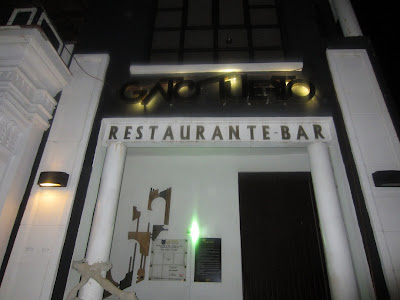 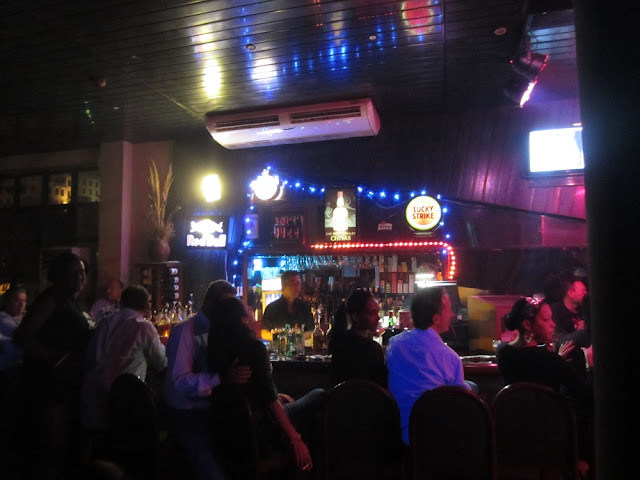 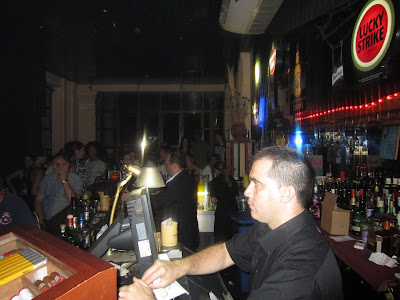 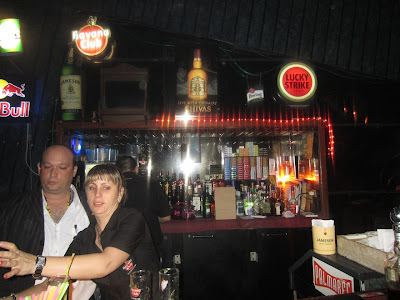 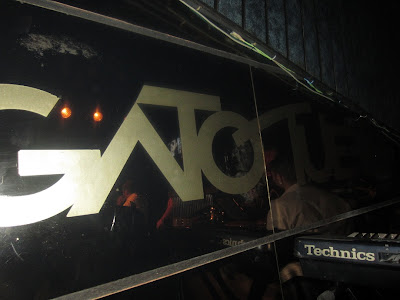 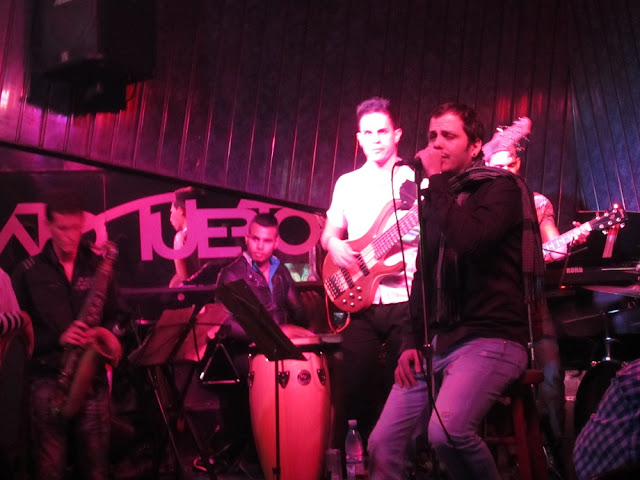 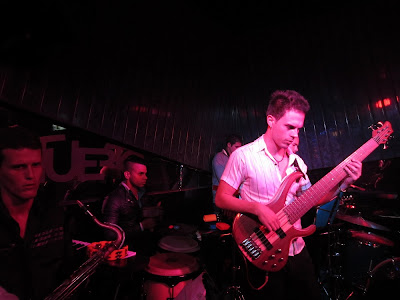 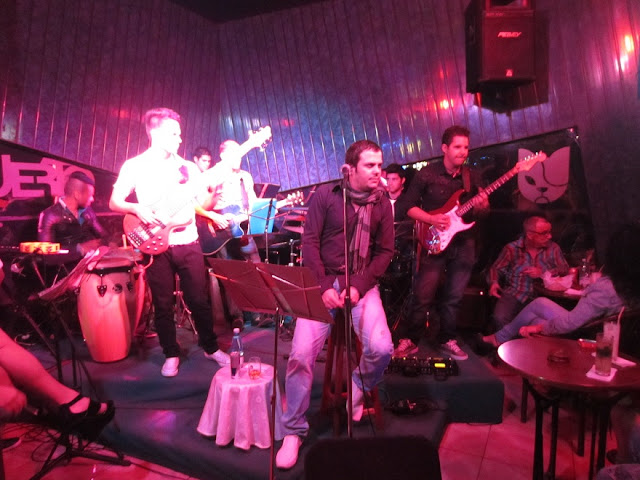 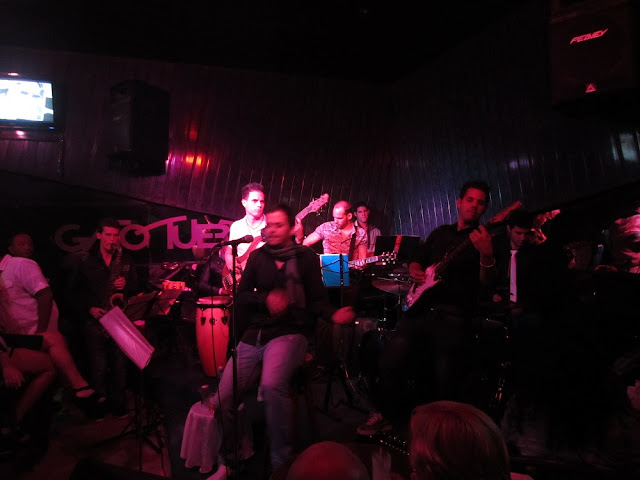 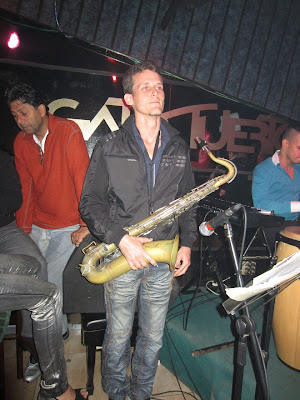 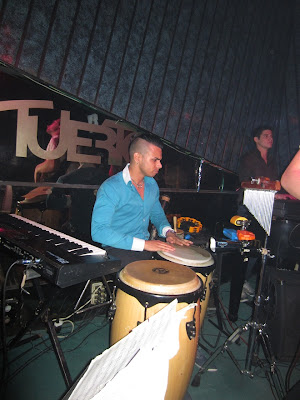 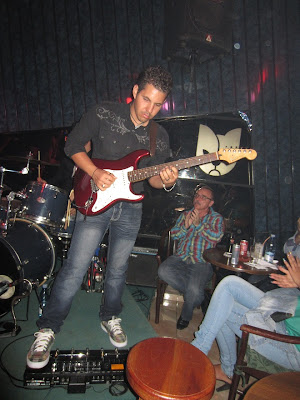 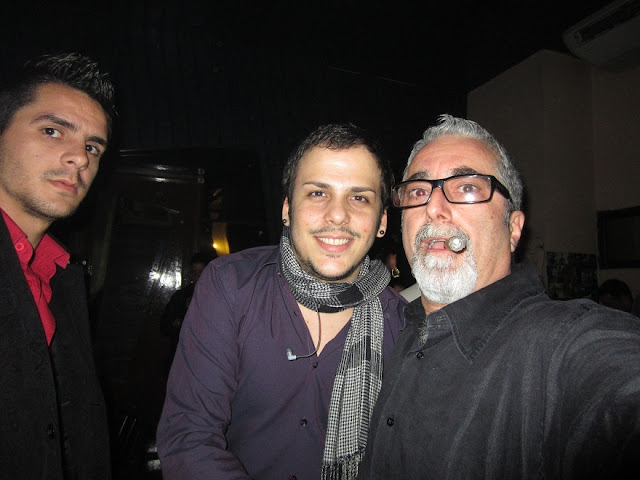