What can I say about this place....it doesn't have a good reputation when it comes to food or service. When the manager, Aldo, is working, I always get great service. I've been coming here for 8 years and met Aldo on my first visit. He wasn't there this time, it was his day off, so the review will be honest. I hadn't eaten here in years but don't remember the food being that great. I can tell you that regardless whether you're eating or just drinking, the service is hardly ever good here & everyone that I know that's been here says the same thing. I'm a regular at Jazz Cafe when I'm in town and always come for the entertainment.
We came on this particular night to see the band 'El Chewy' perform. He went to school & the Music Academy with a good friend of mine, Juan, who lives in Pinar del Rio. I had just got back from visiting Juan and he recommended I go see Chewy who was playing there this night. This time, for one reason or another, we had dinner here prior to the show. It wasn't too busy but as usual the service was slow. At one point our waitress hadn't come around for 30 minutes and we were ready to consume more.
The Mojito I had before dinner was pretty good. The menu had a fair selection and was inexpensive but for me it was a matter of trying to figure out which dish they would do badly the least. I didn't have a lot of faith but here I was. For an Appetizer my date had the Cream of Cheese Soup or 'Crema de Queso'. It was bland, no doubt made with Cuban cheese that has no flavour and you could taste the abundant amount of flour that they used to thicken the soup. I had the Shrimp Cocktail, other than needing salt, it was one of the better ones I've had in Cuba. Nothing special when it comes to the presentation but the shrimp were a nice size. As a Main Course my date had the Filet Mignon, it was overdone and a bit dry. It was only 8cuc, what could I expect. I had the 'Pescado Malecon' which was basically a Red Snapper Fillet. It wasn't too bad but I've had better more often than not. Both main courses were served with a ball of white rice and some fried plantains. That's pretty bad but I remembered thinking, better this than some inedible vegetables. Her dessert was ok, nothing exciting, a sundae with a couple of cookies, it did the trick. We washed our dinner down with a 23cuc bottle of Spanish Rose wine that we were happy with. Add a few cocktails and the bill came out to 55cuc before gratuity. The 20cuc we paid for our cover charge comes off the bill. Local drinks are not too expensive here and you can buy a decent bottle of Rum for your table for 20cuc. In my opinion, well worth it considering we enjoyed a great Jazz Act afterwards.
I would go back, as I always do, for the show but not for the food. However, I made a horrible discovery, the 'Jazz Cafe' has now become a completely non-smoking establishment or at least it was last November. Although that may be great news for all you non-smoking Jazz fans who have to suffer while in Cuba with it's non-existing smoking laws but I'm a cigar smoker and love having one while watching a Jazz show. I may not return for that reason. I guess I'll have to go to 'La Zorra y El Cuervo' in Vedado if I want to smoke my cigar while watching Jazz.....as long as it remains a smoking establishment that is. 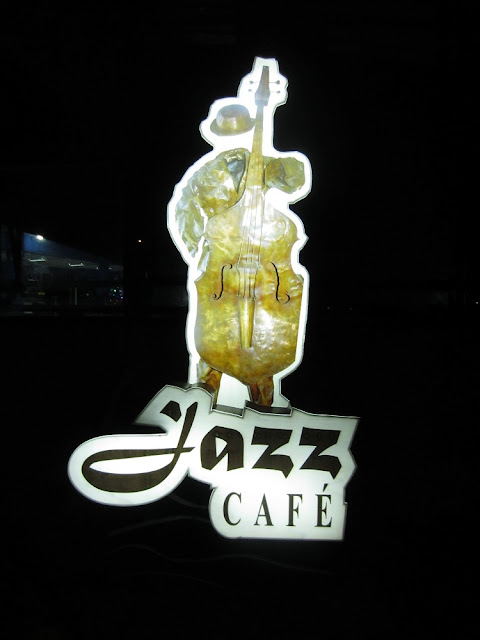 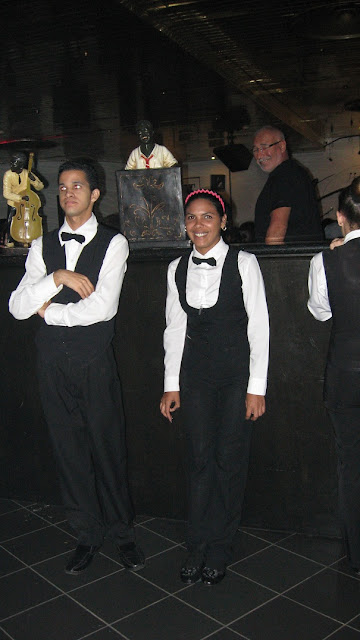 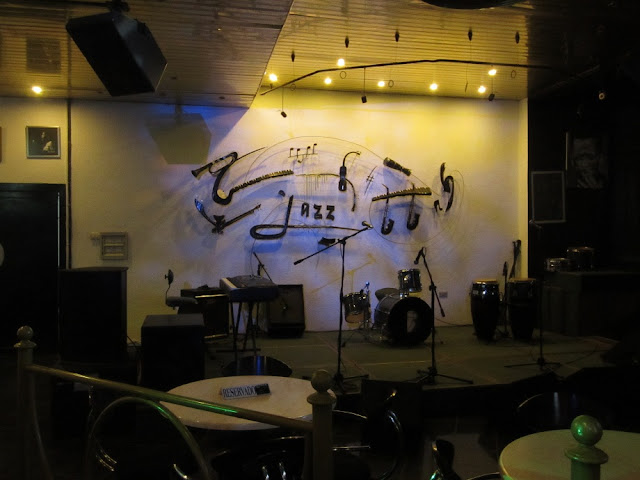 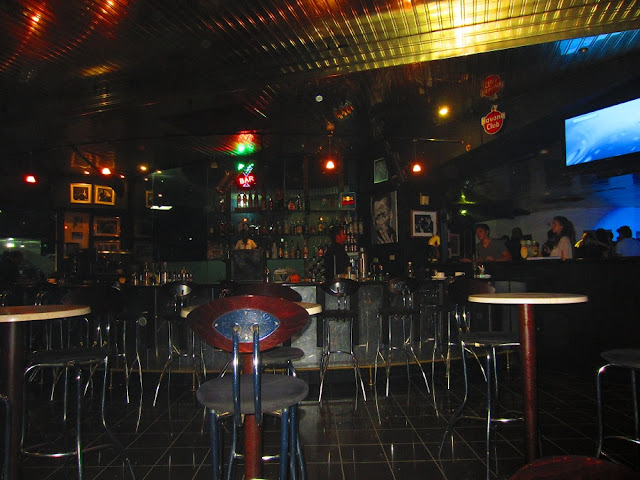 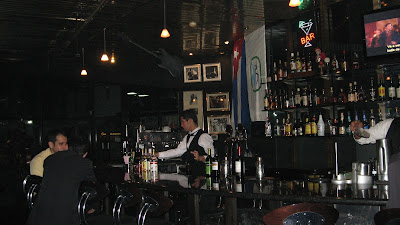 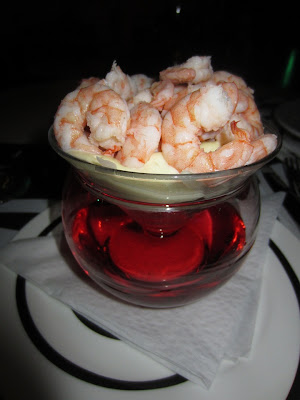 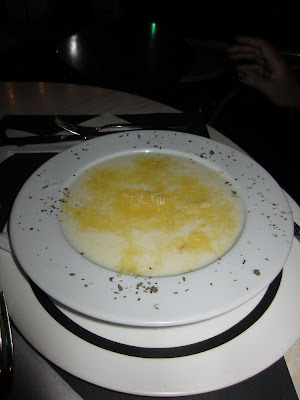 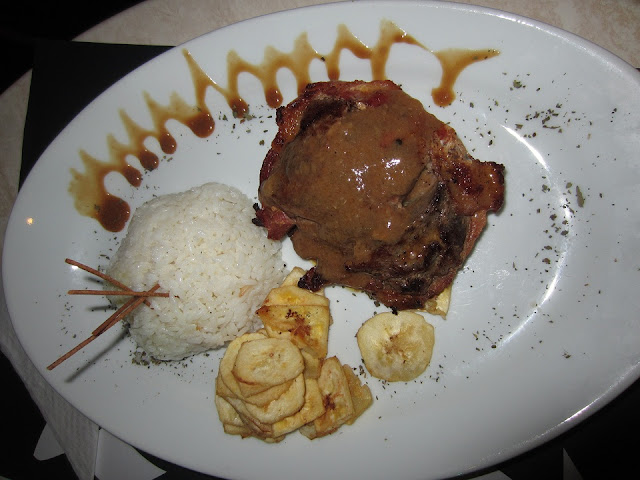 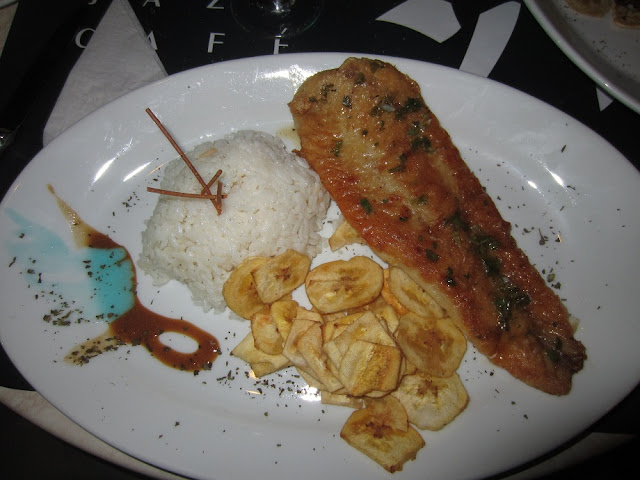 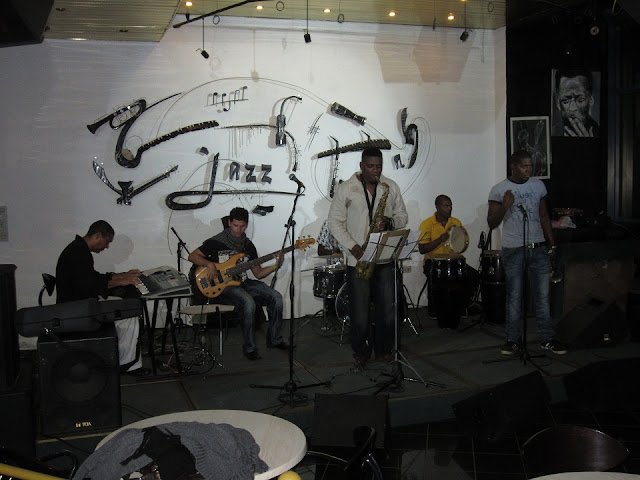 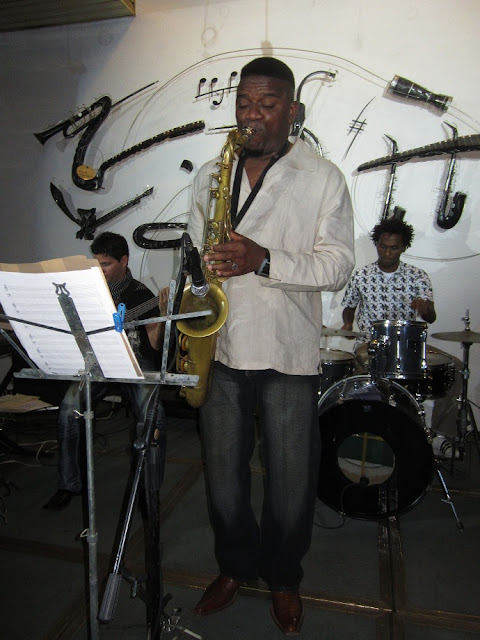 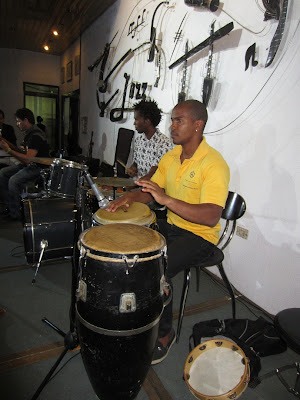 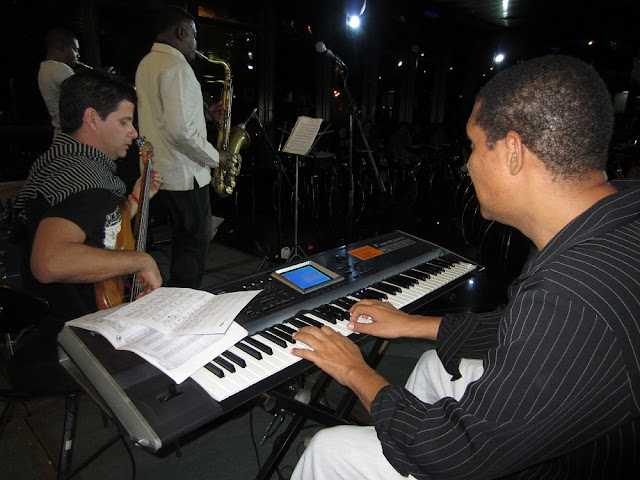 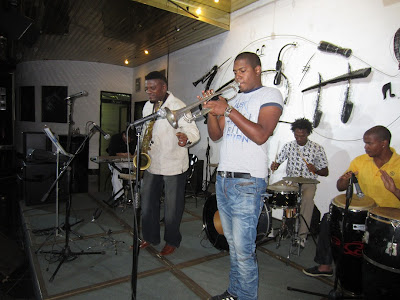 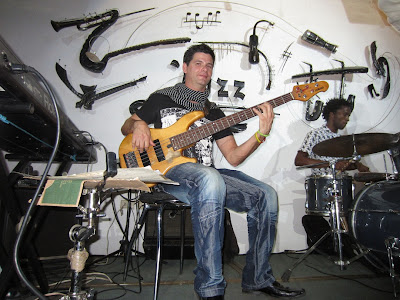 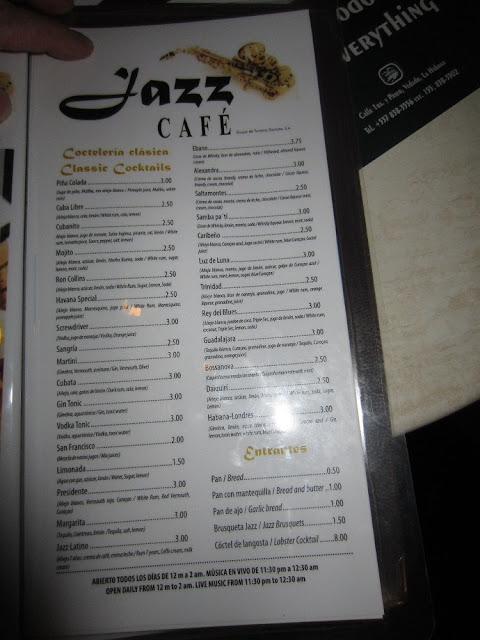 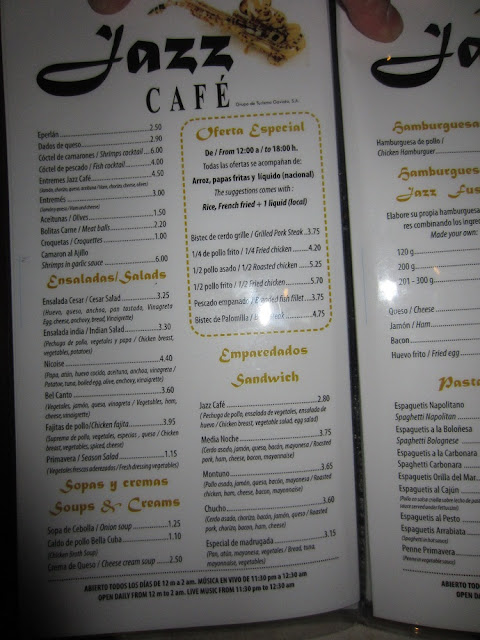 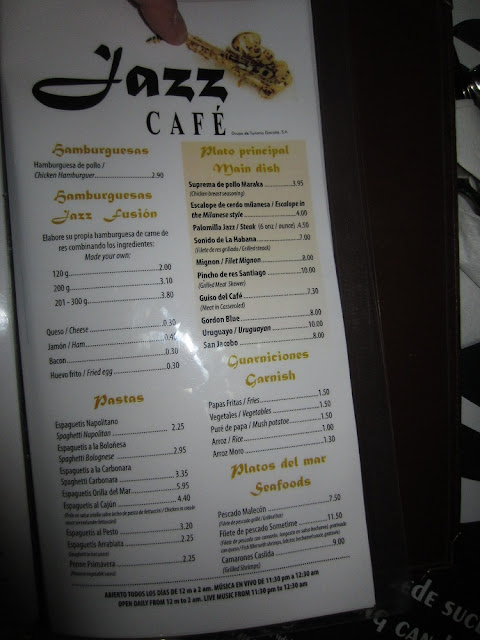 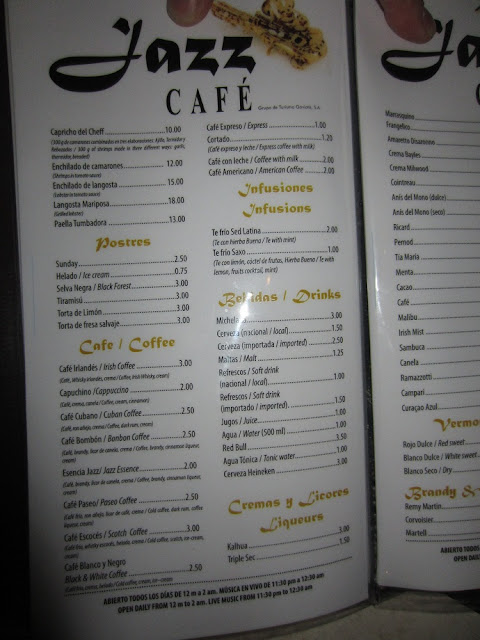 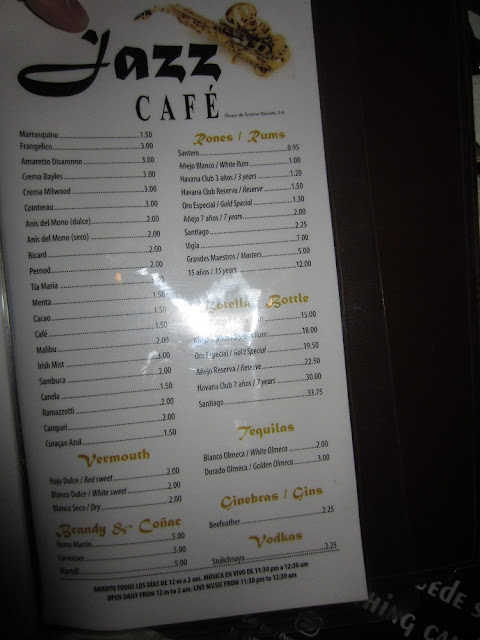 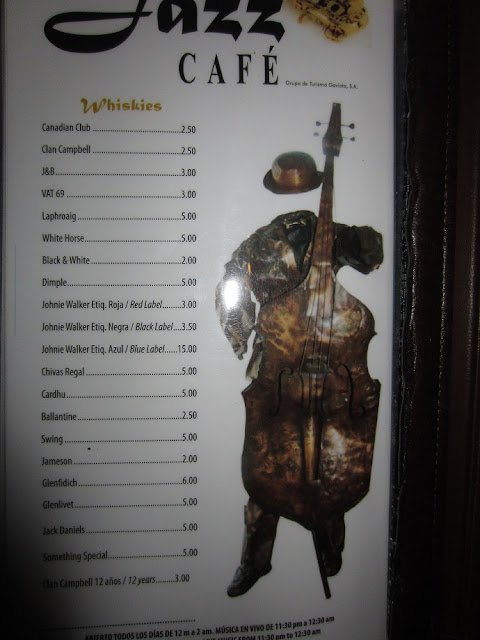 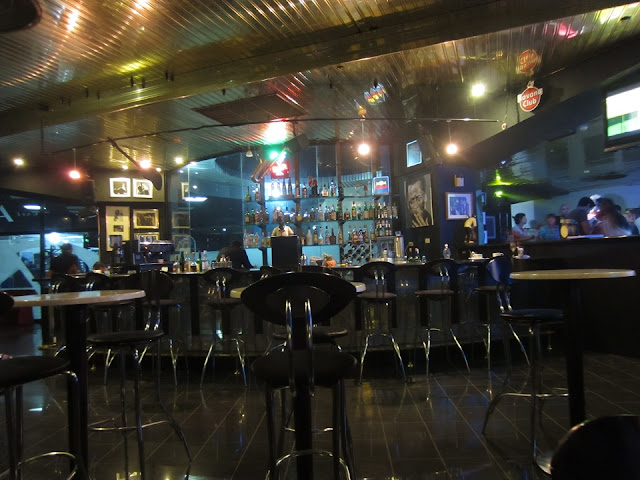