Over the last year or so it seems like every time I've travelled to Havana a variety of new restaurants have opened their doors and my trip this past November was no exception. Having a partner who lives in Havana helps me to discover the better ones. This particular place was within walking distance of the apartment we were renting at the time. It's located on a busy intersection at Calle J e/23 y 25 near the famous Coppelia, right by the corner with the statue of Don Quixote, Sancho Panza's squire or traveling companion, on a horse. We thought 'Sancho Panza' was a brilliant name for a restaurant at this location, the house being next to that statue. It had only been open about a month and serves Italian, Cuban and Spanish cuisine but we went for the Spanish, there are better places in the city for the other stuff. We had heard that it was close to authentic, not that I would know the difference but it sounded good.
Since this is a Paladar, it means the restaurant is in a house. In this case all the seating for the restaurant or 'paladar' are outdoors in back of the house. The entrance to the restaurant is at the side of the building, you can't miss it. It looks like it used to be the driveway and car park. With the awning, sign and person to greet you right out front, you really can't miss it. You walk the length of the house to get to the dining area. Once out back you'll find another building, the kitchen, with the tables set up all around it. Although it's outside, all the tables are under a roof. The bar was set away from the kitchen in the corner of the property, the bathroom was in a separate building, between them a pond with live fish and tables around it. The decor had a Spanish Ranchon feel to it with pictures and sayings relating to the book 'Don Quixote de la Mancha' or to do with the restaurant and eating. They even had a wine room set up in it's own little building to the side of the dining area when you enter. The Wine List was limited but I was able to find a dry rose from Spain for a reasonable price, 24cuc, that we were quite happy with.
The menu was quite large with a fair bit of choices, imagine, they had to cover three different types of food but the Spanish section was the best. They even had a tiny Kids Menu with 3 items. The service was pleasant enough, we were being taken care of by a young lady. However, she couldn't answer most of our questions without first talking to someone else. I had no problem choosing what I wanted to eat. I started with the 'Garbanzo Fritto', fried chick peas served in a terracotta casserole, sauted in olive oil with pancetta, chorizo and a tasty sauce....I absolutely loved it. I know it's only chick peas but I'm a peasant at heart. My date started with the 'Pimiento Piquillo' thinking it was stuffed but instead the roasted peppers were layed out on the plate topped with onions and olive oil....very simple. My date prefers them when they're stuffed but claimed she enjoyed them just the same. It's not something I would order but the peppers were tender and nicely done. To try something else, we ordered a Stuffed Tostones for the middle of the table....way too much food. The plantines are cut thick and carved out, these ones were stuffed with 'Ropa Vieja' and topped with cheese. They're baked in the oven and served with the cheese melted all over the top of the tostone. They weren't great, the stuffing and cheese part were ok but the plantine was green, dry and tasteless. For my main course I had the Rabbit, which was exactly what I came for. It was done in a light tomato sauce and was tender not dry served with a few vegetables on the side and when I say a few I mean a tiny amount. Good thing we both ordered a side of mashed potatoes which were dense and very tasty, one of the best I've had on the island. The side of potatoes was quite large and one could have been shared between us. My date had the safe bet for her main course, the 'Filet of Sole' and didn't regret it. It wasn't saucy but prepared just right and not too dry.
By now we were quite stuffed but couldn't resist having a dessert. They had a display fridge in the middle of the dining area showing most if not all the desserts available. Some didn't look too fresh but there was enough of a selection to choose from. I ordered the 'Fake Banana Split' named as such I believe because it was a far cry from a Real one. My date had the Muffin with Ice Cream. They were both decent choices considering most places we go to don't have a huge variety. The fact that we found some unusual choices this time made them that much better.
All-in-all we had a pleasant lunch for a reasonable price. The price for the two of us before tip was 54cuc, remember 24 of that was the wine. We enjoyed it so much we came back two days later with a few other people. 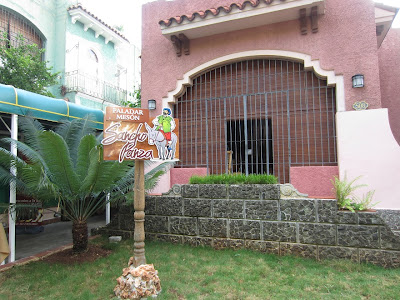 Front of the house and/or restaurant 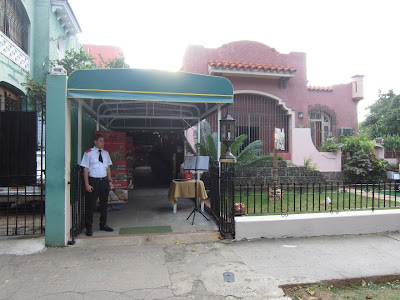 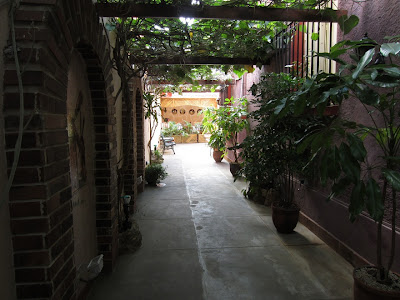 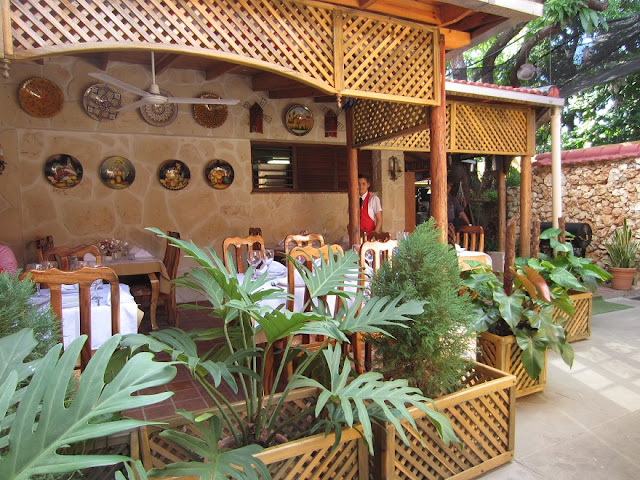 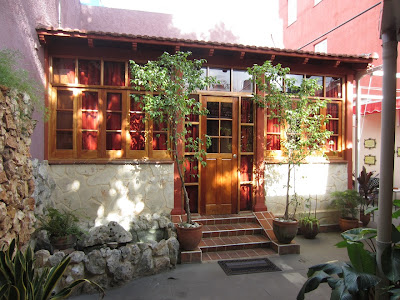 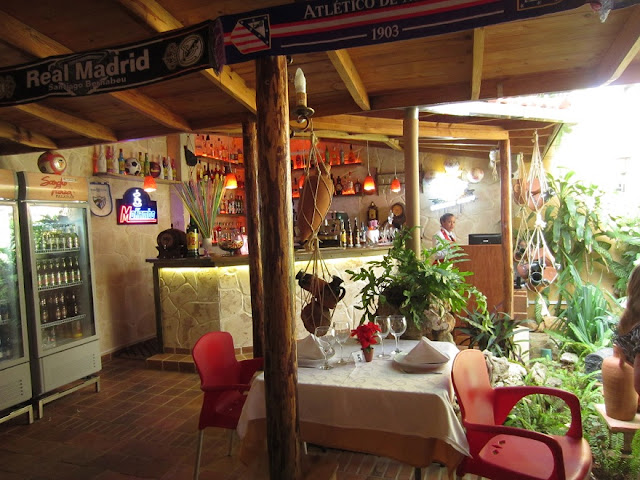 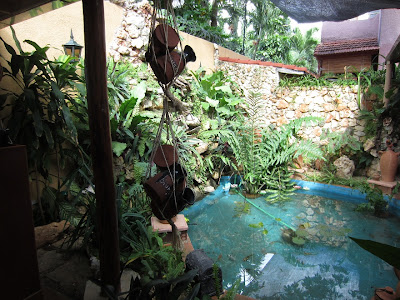 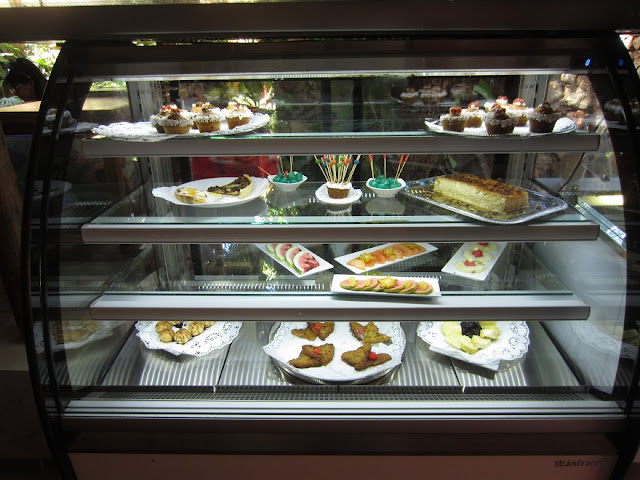 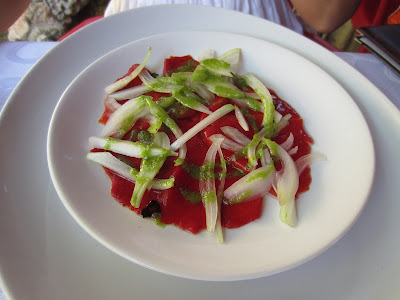 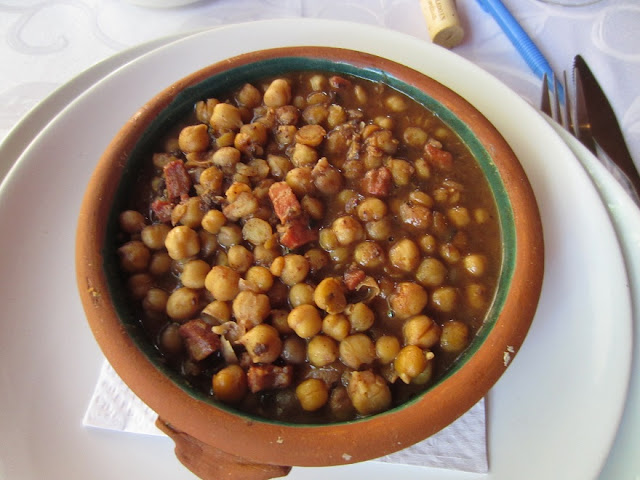 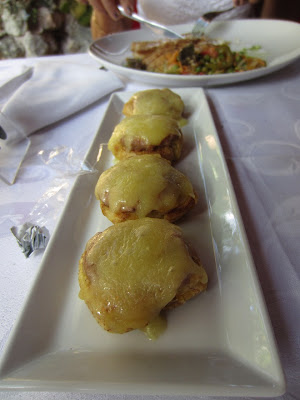 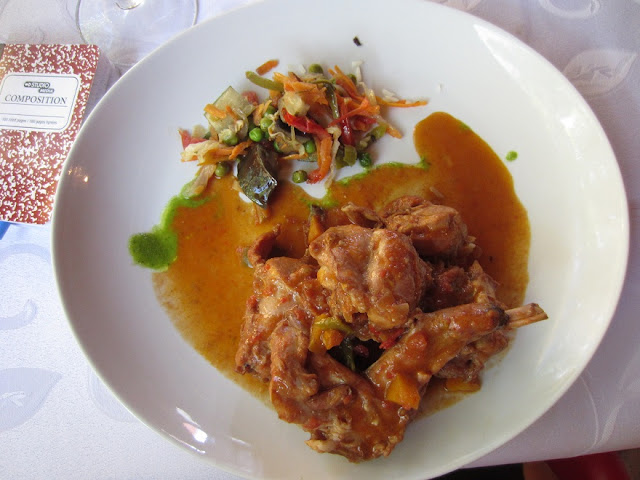 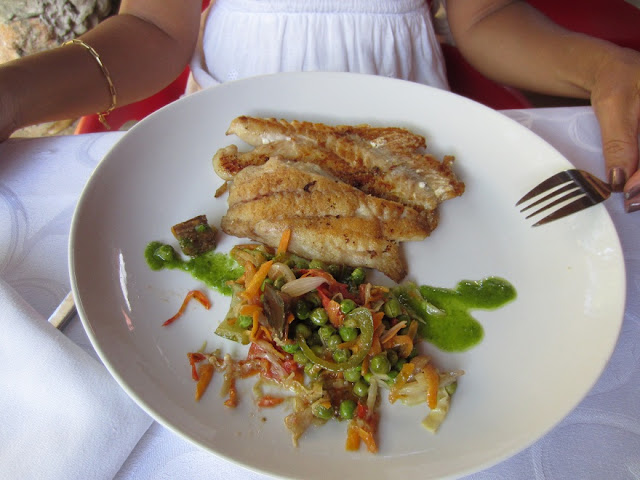 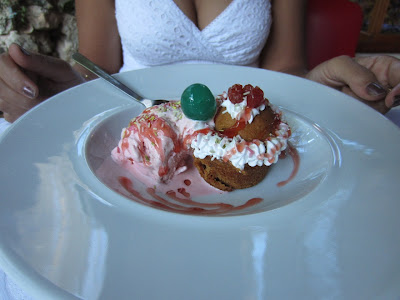 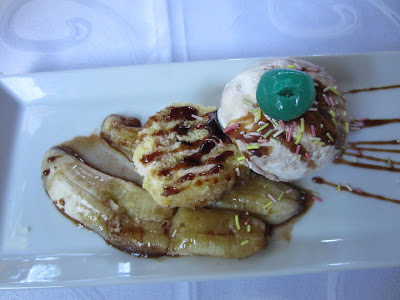 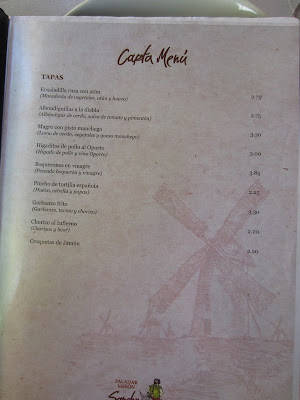 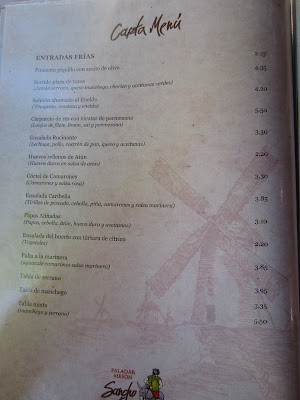 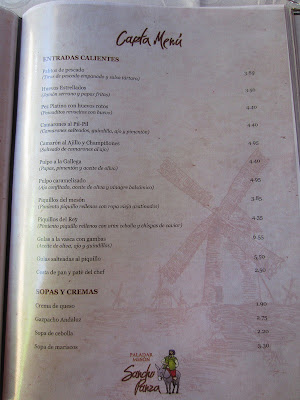 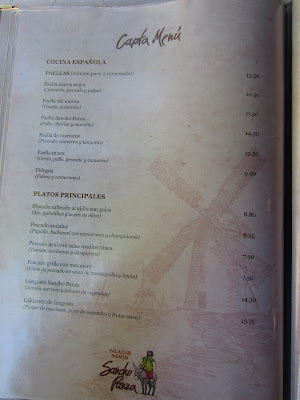 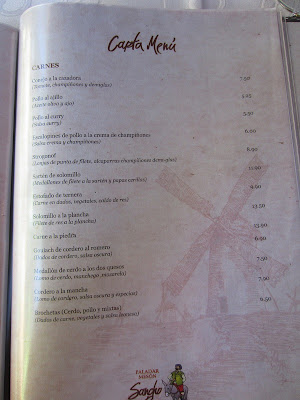 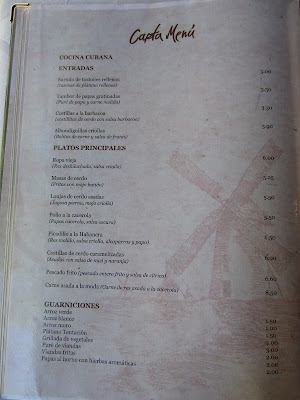 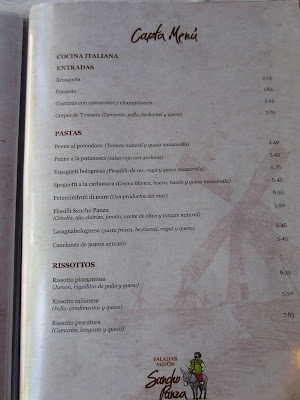 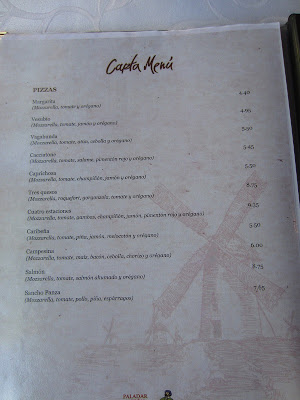 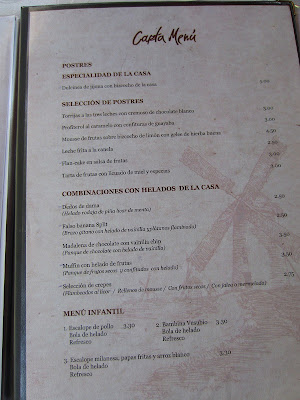 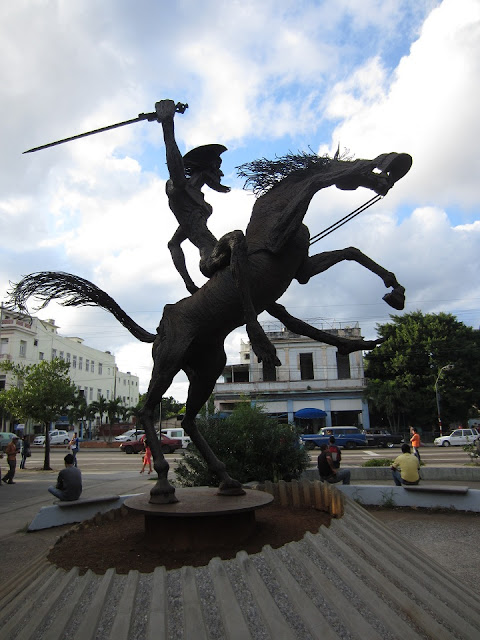 Statue of Don Quijote at the corner of Calle 23 y J next to the restaurant
Posted by matteocigars at 12:24