Havana is the most beautiful city in the Caribbean despite the fact that a large portion of it is crumbling due to very little or no maintenance to it's buildings. Many people don't know that Cuba was once a rich country and with that richness Havana benefited with constructions of some beautiful Boulevards: Prado, The Malecon, 5ta Avenida and The Avenida de los Presidentes...to name a few.
On my last stay in Havana I rented an apartment a short walk to the Ave. Presidentes. It's a beautiful part of the city and a safe neighbourhood as were the other ones criss-crossing up and down the Avenue. There are many huge, palatial homes all around here but many need work. The street's named after the fact that it's lined with statues and monuments of Cuban and Latin American Presidents and war heroes. It starts at the Malecon and runs all the way to the Plaza de La Revolucion. It has a wide pedestrian median running though the middle, tree lined with patches of grass. They actually take good care of it, I've always taken notice of how well the trees are manicured. I only walked from the Malecon to Calle 23 this time but on a previous visit I walked the piece from 23 to the Jose Miguel Gomez monument. The monument dedicated to Gomez is massive, you can't miss it. Located on Calle 29, it was erected in 1936 and designed by Italian sculptor Giovanni Nicolini.
I started this walk from The Malecon where there's a huge Monument dedicated to Calixto García (August 4, 1839 – December 11, 1898). He was a general in Cuba's Wars for Independence, eventually giving Cuba national independence. Across the street at 3rd Avenue is the Art Gallery, Casa de Las Americas. I pass Simon Bolivar (24 July 1783 – 17 December 1830), born in Venezuela, he played a key roll in the independence of Hispanic America from Spanish control. This guy was president not only of Venezuela but at different times was also President of Columbia, Peru and Bolivia. The list goes on and on..... If I was to guess, you can walk the whole distance from the Malecon to the Plaza de La Revolucion in about 30-40 minutes providing you don't stop too long for pictures. If take your time and venture off the main road and see a little of what's around it, it could take an afternoon. Stopping in at the Casa de Las Americas at the start of your journey could take about an hour alone. The Casa is a Cultural Center which opened in 1959 and basically is one big Art Galley dedicated to Latin American countries containing works from artists all around Latin America and Spain. If you like Art, it's a must see and there's no admission charge. I had an older lady guide me through the various rooms and gave her a couple of dollars at the end.
I can't tell you the history of this street because I couldn't find anything on line and I have no literature that talks about it. That doesn't please me but it puts me on a mission for my next trip to Havana. It's safe to say that taking a walk along the Avenida de los Presidentes is a nice way to spend time discovering this part of Havana regardless of the history of the Avenue. I hope to have more information at a future date, for now, I hope you enjoy the pictures. 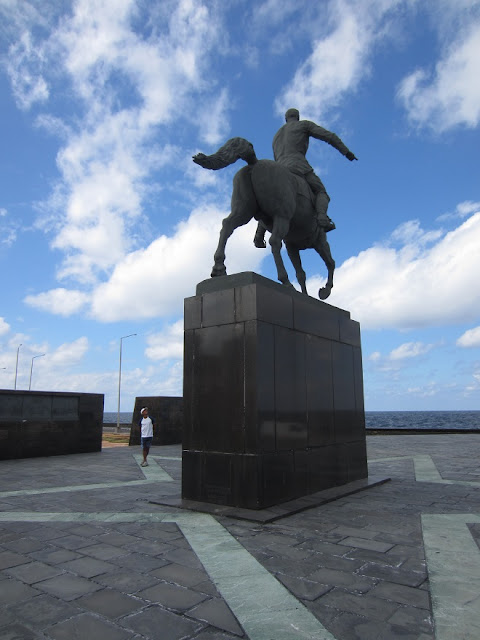 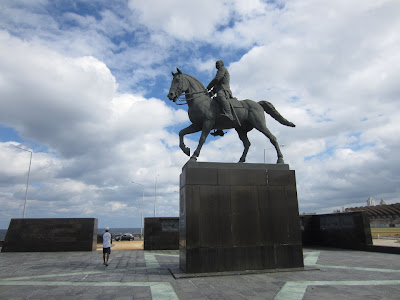 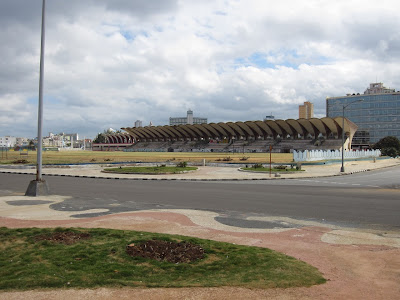 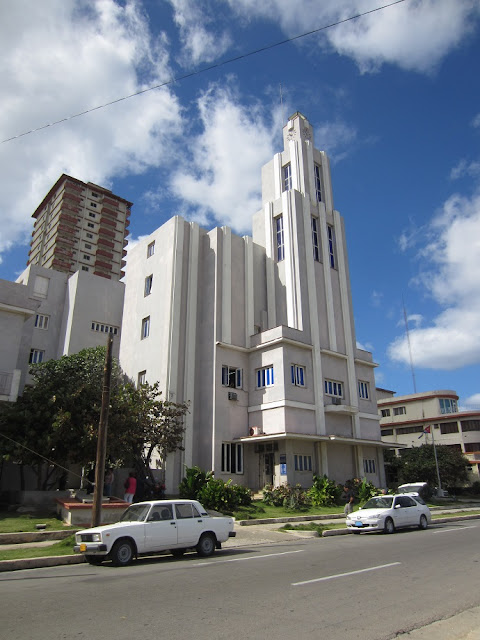 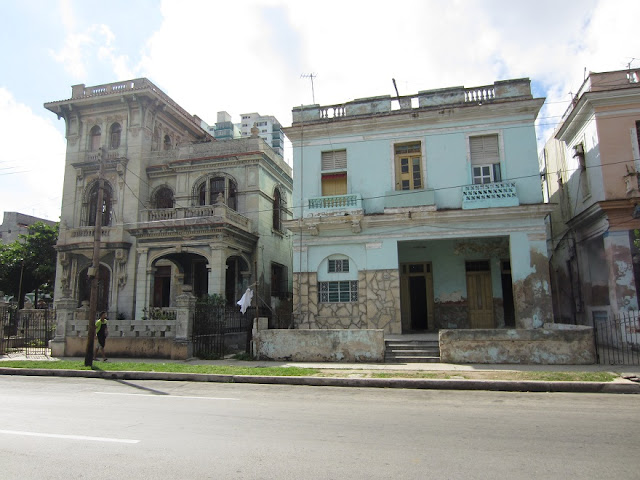 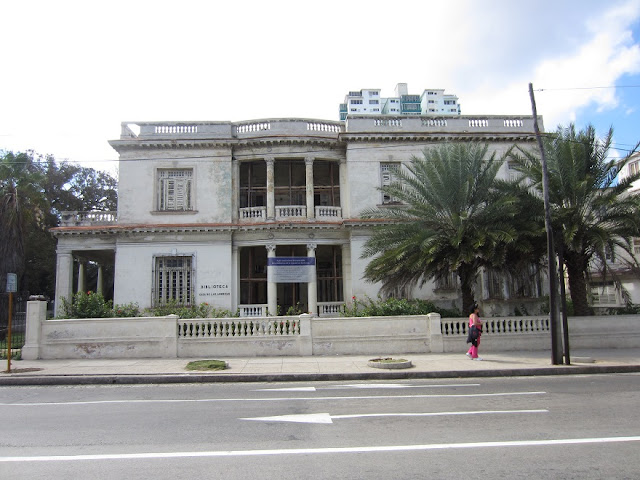 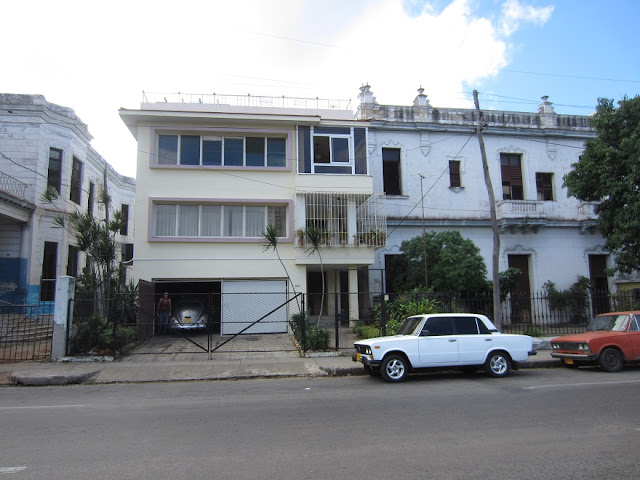 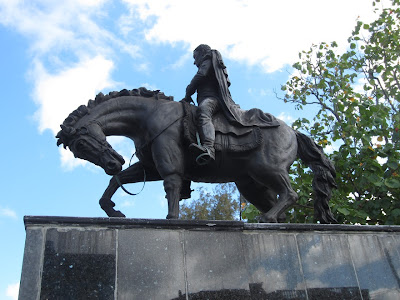 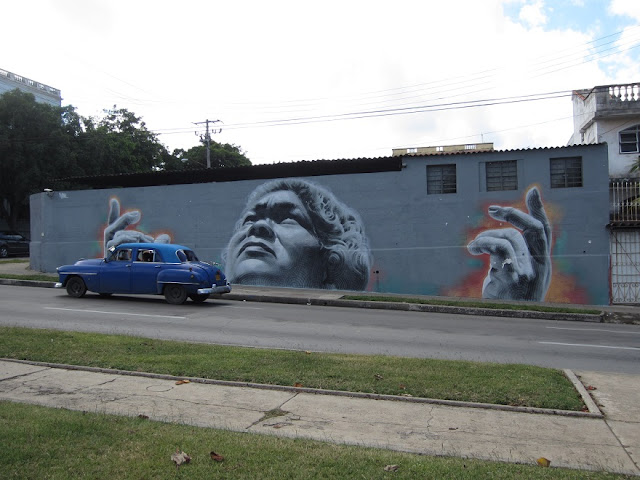 Mural left over from the Bienal de La Habana 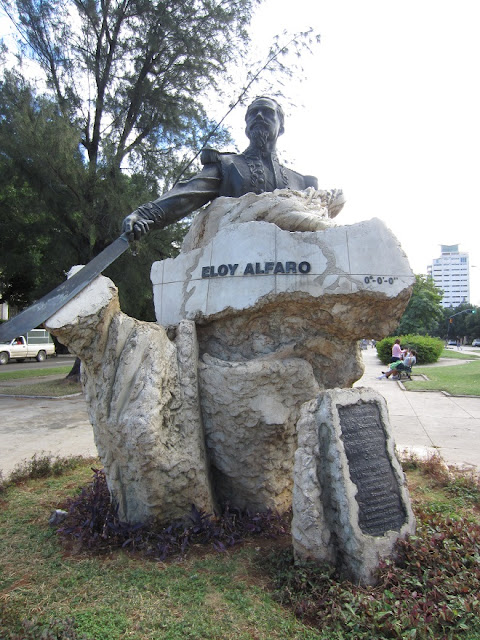 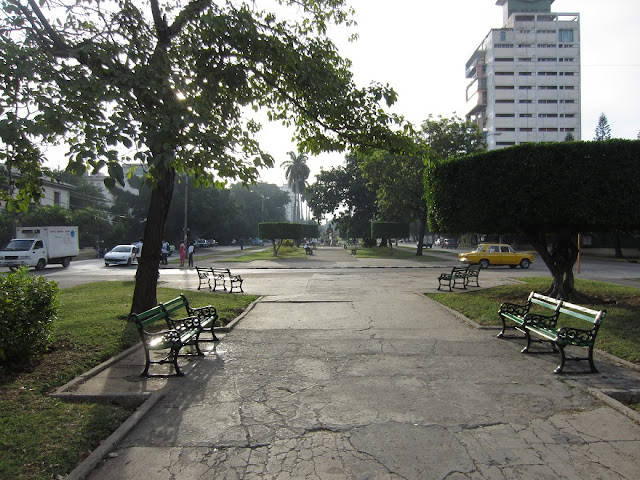 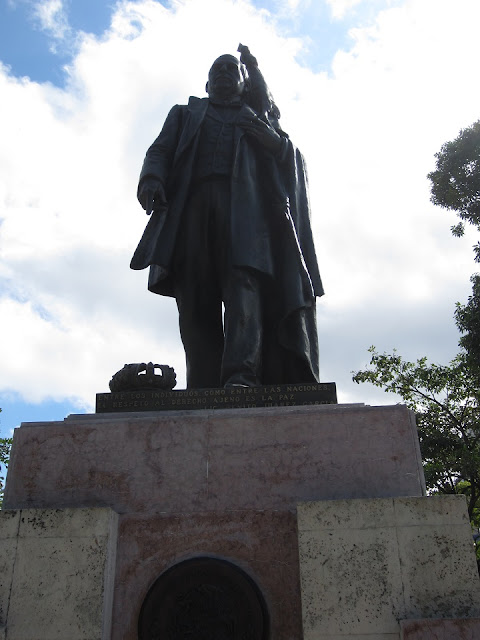 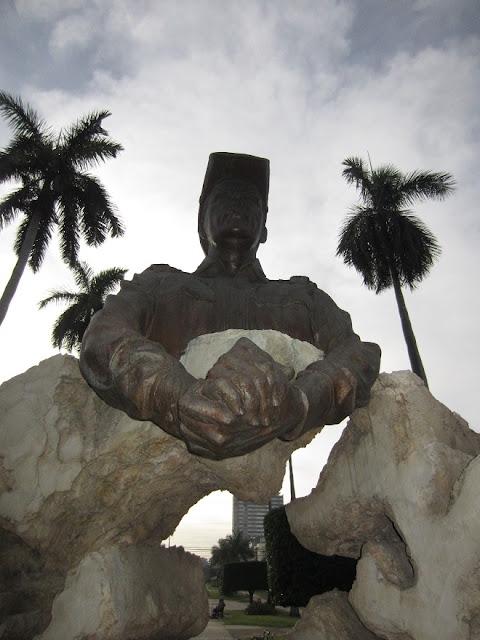 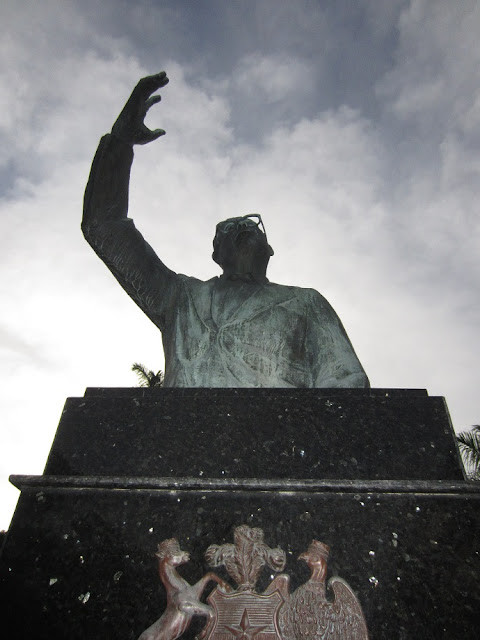 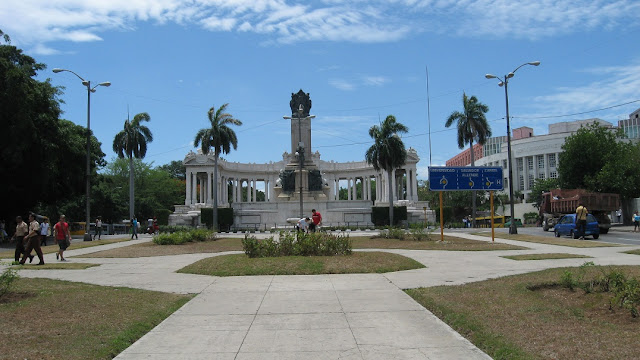 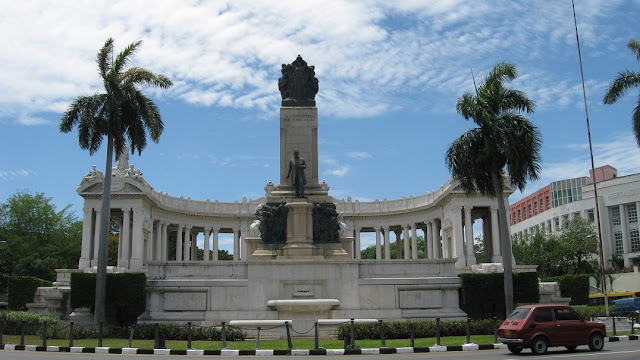 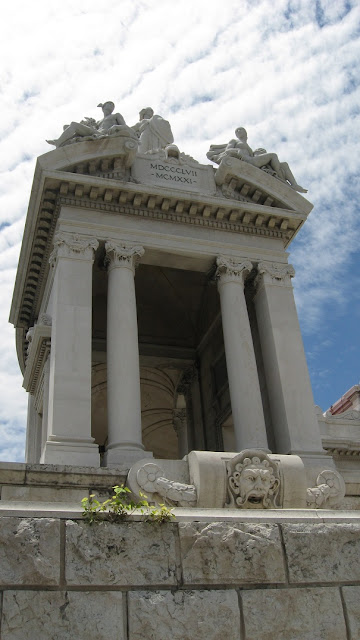 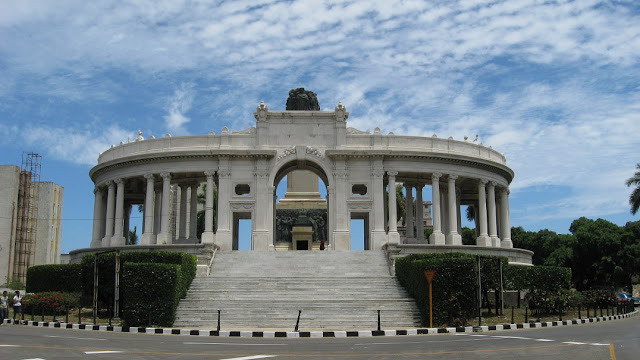