A Walk Along Quinta Avenida (between calle 60-80)

Quinta Avenida is one of the longest and certainly the most beautiful Boulevards in Havana & it was important to the developement of the Miramar district. In the year 1900, most of what we know as Miramar was farmland. It began to be developed in the first part of the 1900's as a result of the migration of wealthy people from Havana at that time. In 1921 a metal draw bridge was constructed that connected the Vedado district with Miramar crossing the Almendras River. It helped significantly with the expansion and 10 years later the road it connected to was named Quinta (5ta) Avenida. In 1953 the tunnel was built and that made it much easier by cutting travel time by a substantial amount.
Today Quinta Avenida extends from the tunnel coming from Vedado, all the way to the town of Santa Fe where it becomes a highway that goes to Mariel. This walk from around Calle 86 to 60 along 5ta is not a really long distance but it's a decent representation of what the rest of the street looks like. Through time I will explore bigger stretches going either way but for now lets call this the starting point.
A couple of points of interest are: The 'Centro de Negocios Miramar' (Miramar Trade Center) located between 76-80 & 5ta y 3ra. This outdoor mall was constructed between the late 1990's & 2000's and offers an array of services and entertainment venues. The Iglesia de Jesus de Miramar built between 1945-53 at Calle 82 which is second only to the Cathedral in Santiago de Cuba for capacity for it's parishioners. & The Santuario Nacional de San Antonio de Padua built in 1949 at Calle 60 which I always found closed.
I hope you enjoy the pictures to the start of what I hope to be an enlightening exploration of the most beautiful and controversial street in Havana. 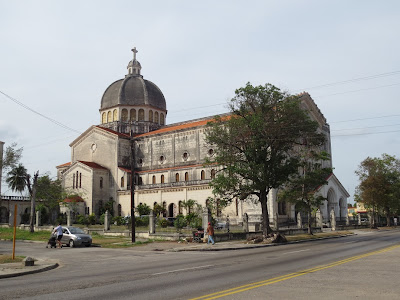 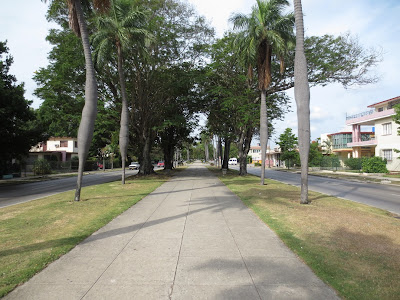 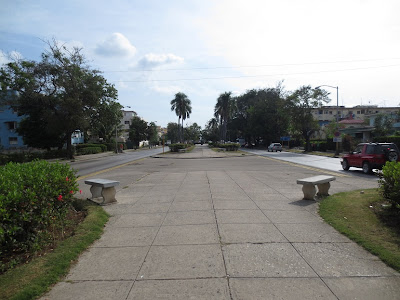 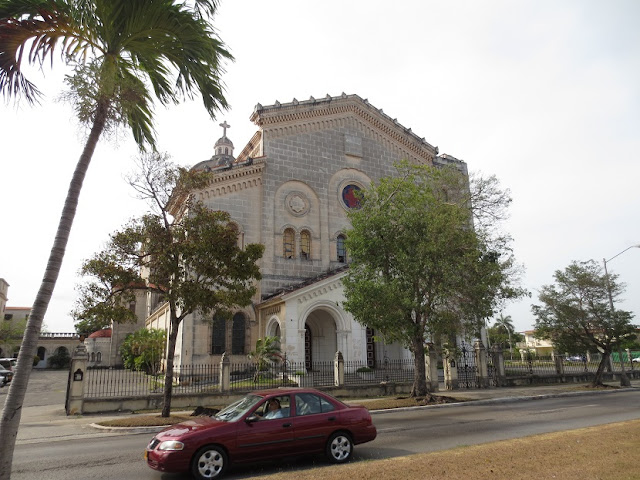 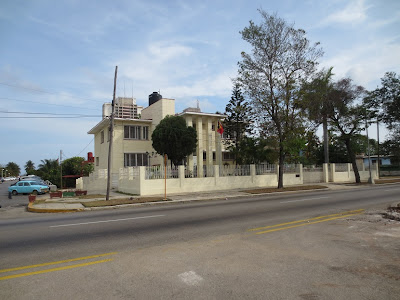 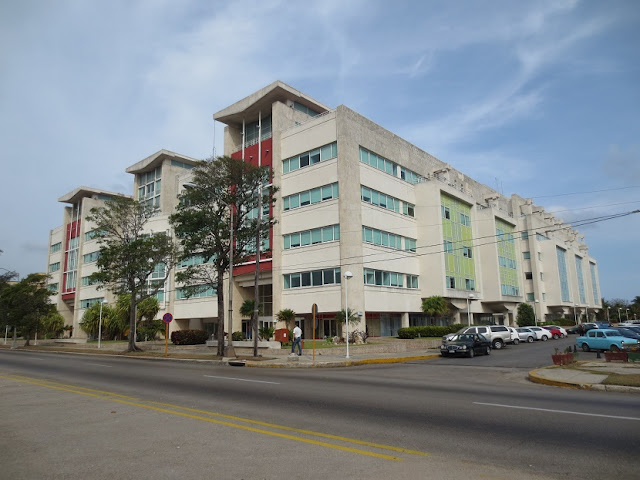 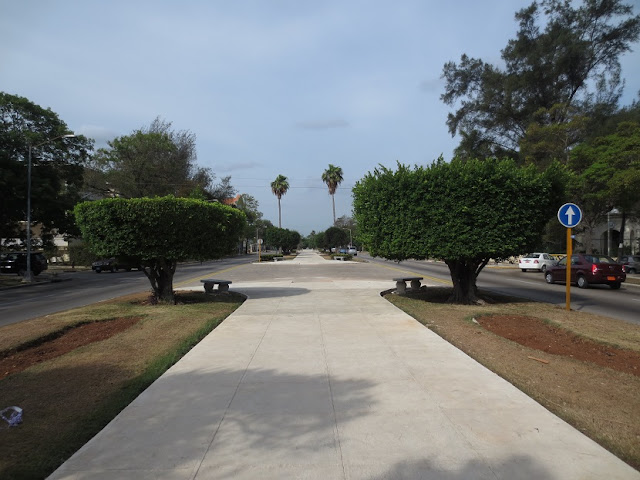 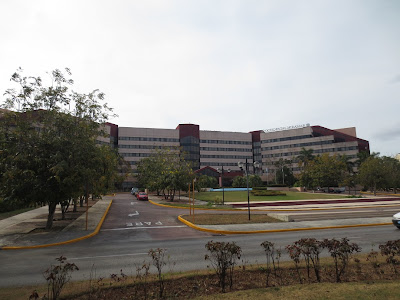 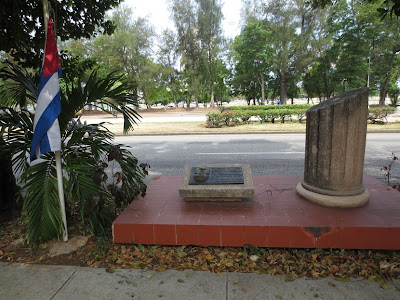 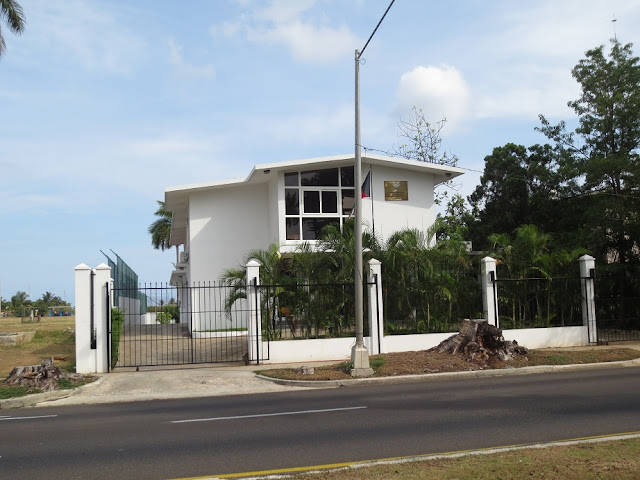 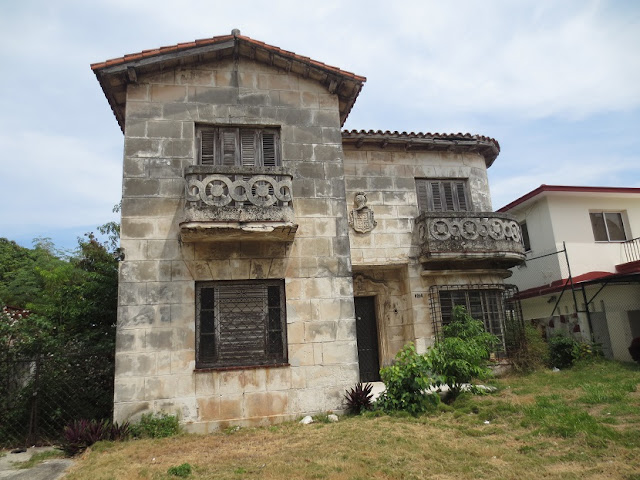 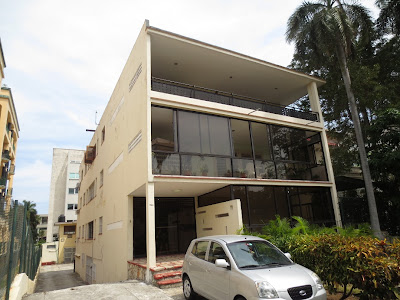 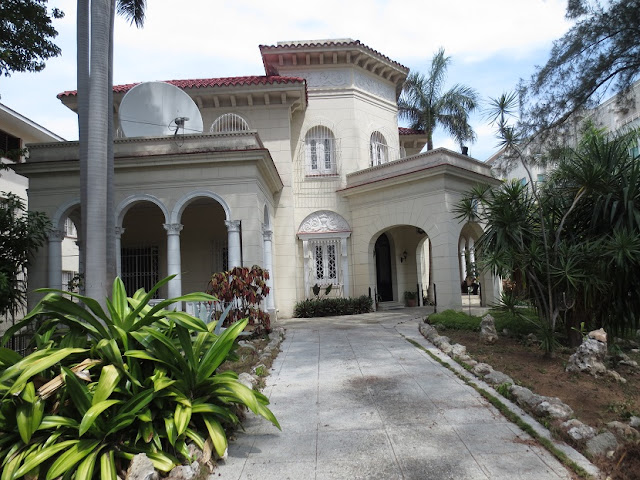 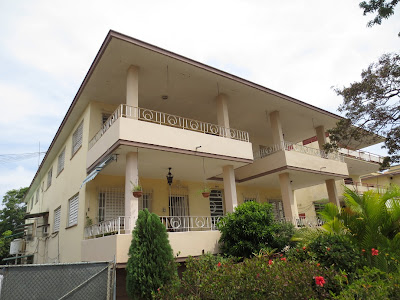 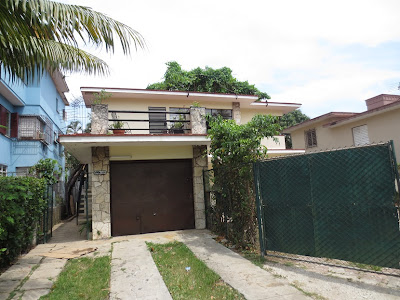 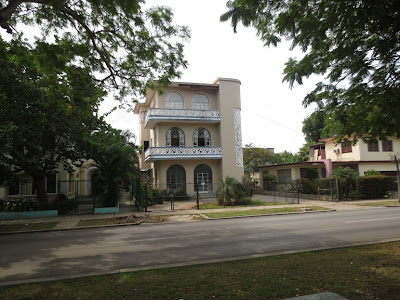 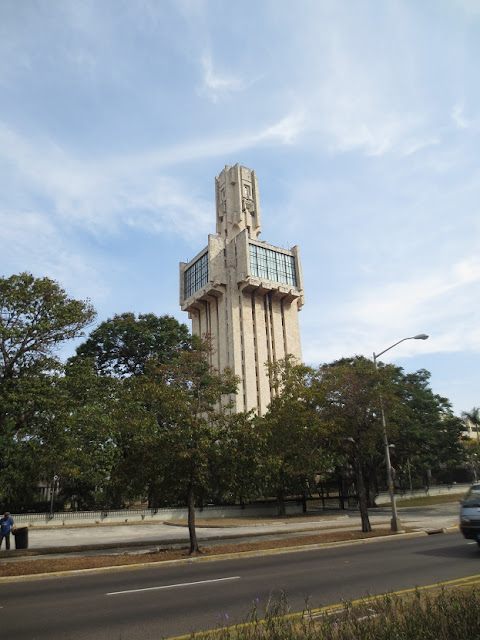 The Russian Embassy between Calle 62-64 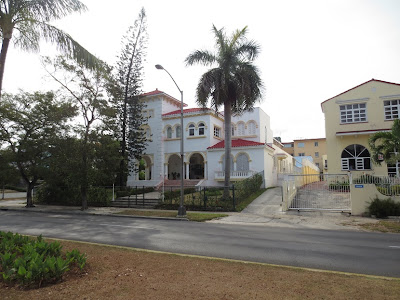 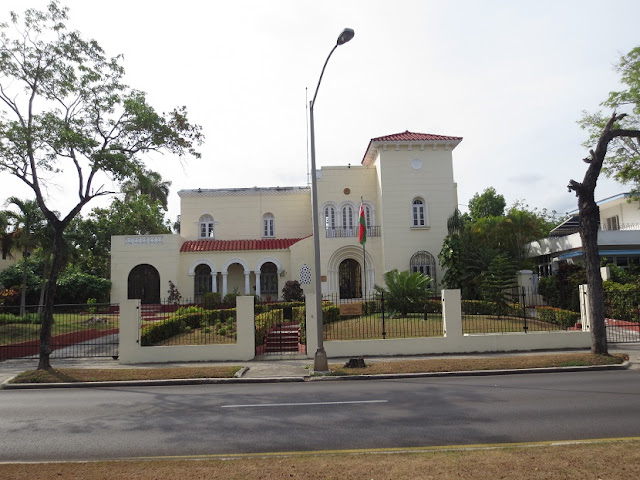 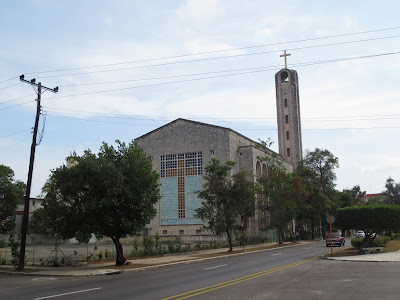 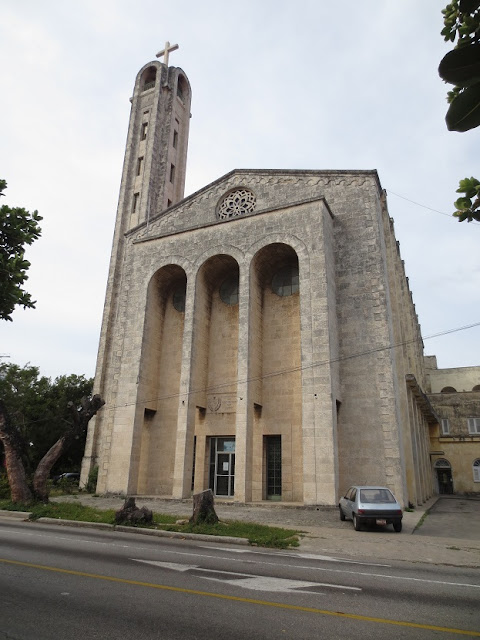