Alicia Alonso.....I would guess you clicked on this link because you either know who she is or you saw the Robaina name and know who he is. To be honest with you, I only know her name because I travel to Cuba often and almost everyone there know who she is. Cuba is much into the Arts and unlike most countries, a Prima Ballerina in Cuba is as well known as a popular Sports Figure. Everyone I know in Cuba knows who she is and I imagine that unless they live in the middle of nowhere and have no television, almost everyone else on the island knows her as well.
As with most things I write about, I have to do a little research and so end up educating myself in the process. I know nothing about ballet and even less about Cuban ballet. I did know that when the ballet is performing in Havana it would do so at the 'Gran Teatro' in Old Havana and that they have a pretty good troupe. The name Alicia Alonso would come up, often enough for me to remember it.
She was born in Havana on December 21, 1921, that makes her 93. Today, due to a vision problem that started back in 1941, she's almost blind but still directs the 'Ballet Nacional de Cuba'. She became a star in 1943 when asked to stand in for the injured prima ballerina who was performing in "Giselle" that day. She became famous internationally through the 40's but returned to Havana to start her own Ballet Company called "The Alicia Alonso Ballet Company" which later became the "Ballet Nacional de Cuba". She continued to be in demand through the 50's and kept dancing separate from her company and outside the country throughout this time. She was still an international superstar in her field and was even the first Westerner to perform in the Soviet Union and dance with the Bolshoi and Kirov Theaters of Moscow and Leningrad in the late 50's.
Once the Revolution was won in 1959 it became the new government's priority in the 60's to spread education and the Arts throughout the country. Fidel Castro directed a lot of money towards the developement of the Arts. This was when he asked Alicia to head the school that today is known as the "Ballet Nacional de Cuba". It became and still is a success, producing many excellent dancers since it's inception.
This past November, Alicia was in Pinar del Rio (in the western province of Cuba) to accept the "City Seal" which is the highest accolade the city gives out. It was for the strong cultural ties she has with this part of the country. Previously she was in Pinar del Rio in June 2012 to inaugurate an Exposition of 50 unpublished photos of herself. On one of these trips to Pinar she paid a visit to my good friend Hirochi Robaina at his farm not far from the city.
The photos I've posted below were taken by a good friend who asked me to post them on my blog. Fortunately he doesn't live far from the farm and is a good friend of the Robaina family. 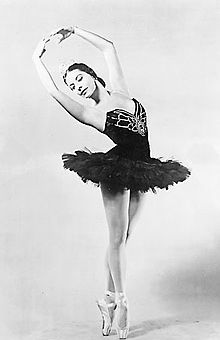 This picture (Alicia in 1955) was taken from Wikipedia 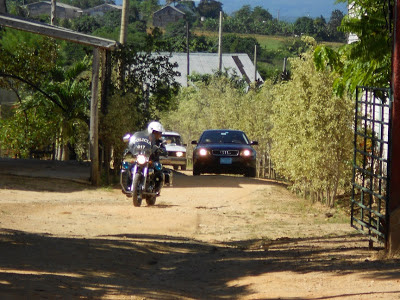 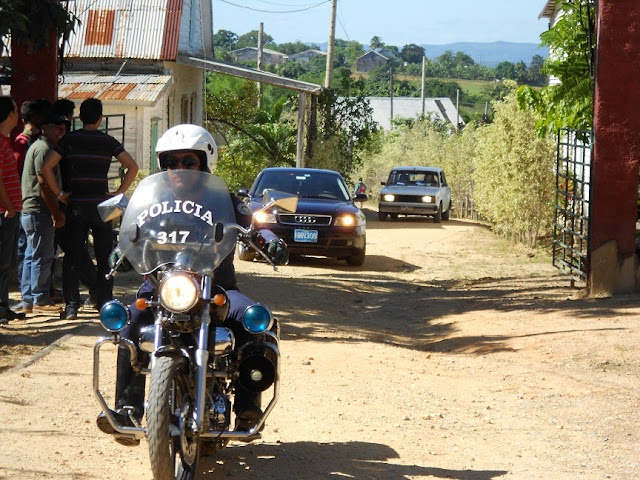 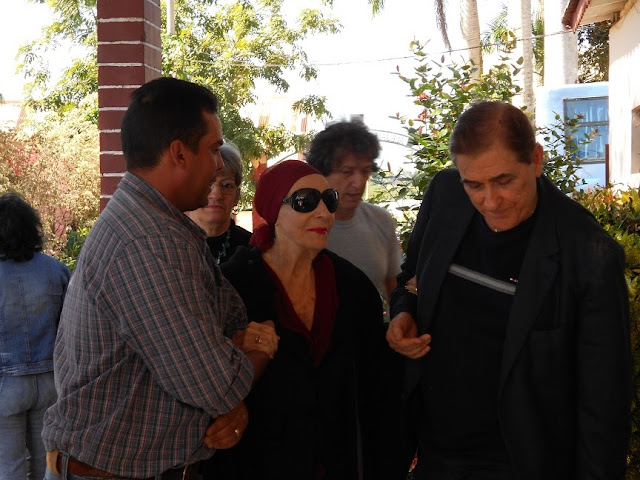 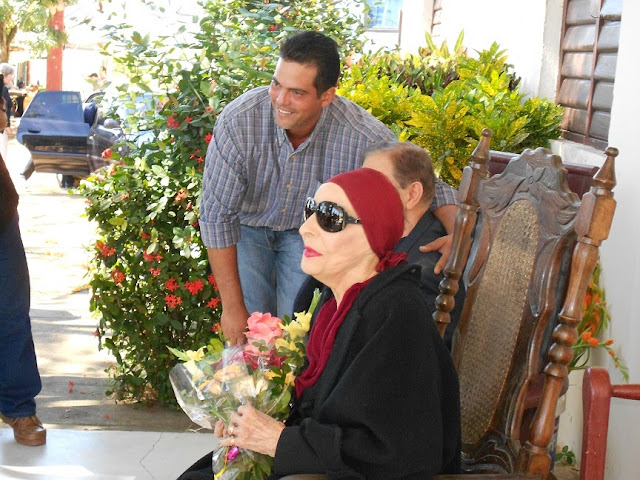 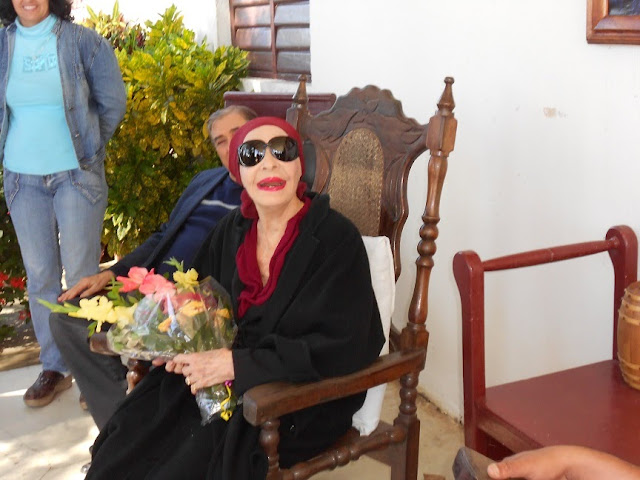 Alicia Alonso on the back porch of the Robaina House 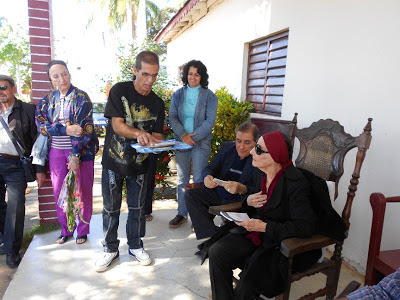 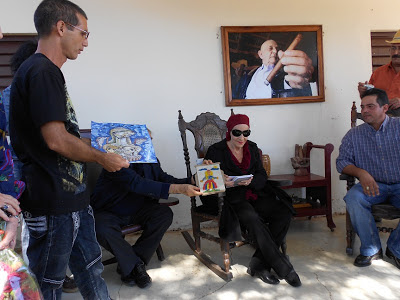 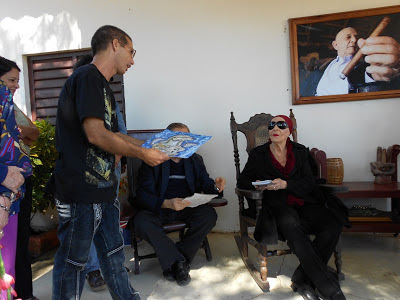 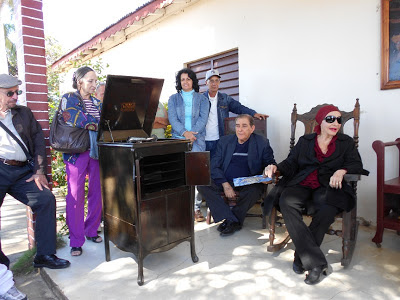 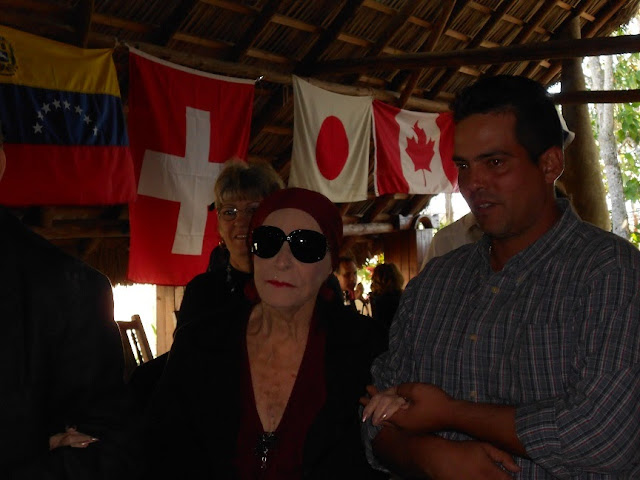 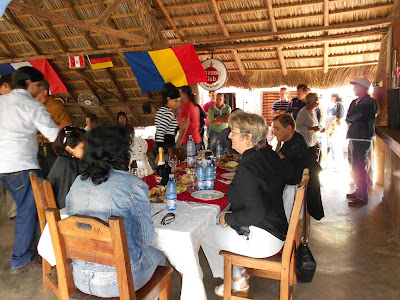 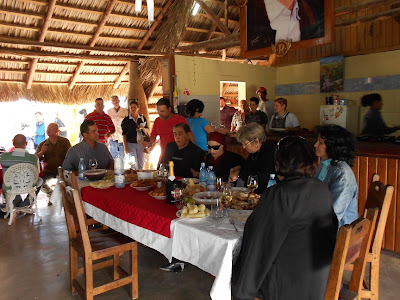 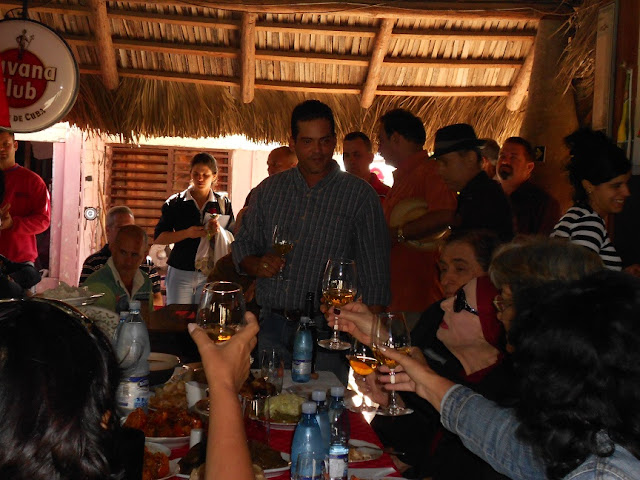 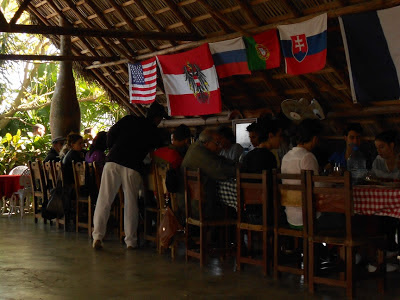 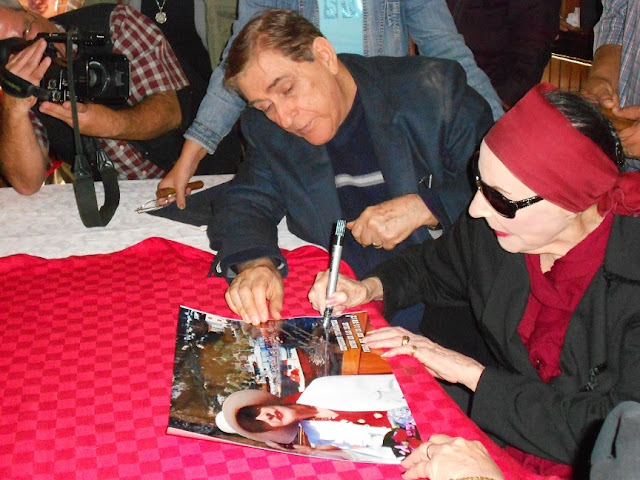 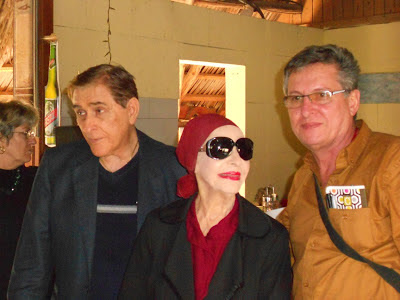 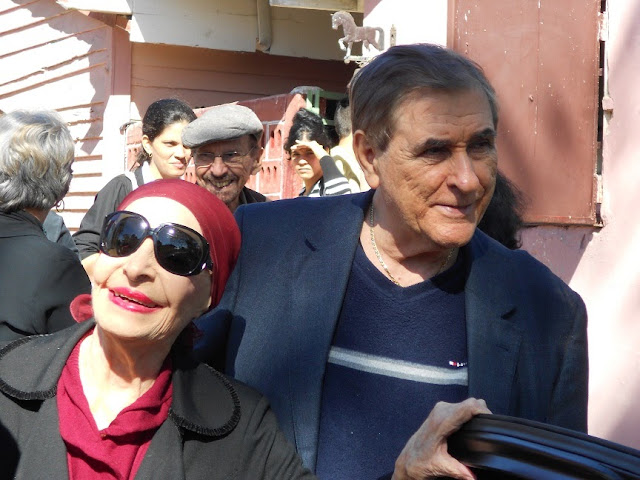 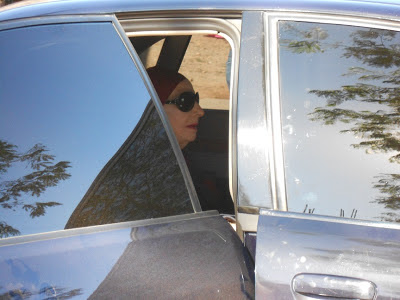 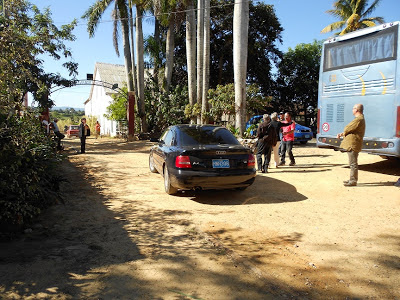