How time flies, it's been almost 2 years (shy 5 months) since I last reviewed this cigar. I smoked a few more within a couple of months of trying the first one. It confirmed my tastes and that the cigar needed lots of time to reach it's potential. This vitola is known as the 'Cañonazo Especial (T)' or Double Robusto T and weighs in at 52 x 166 (6.5"). It's made with 2 year old tobacco from the best fincas in the Vuelta Abajo region in San Juan y Martinez & San Luis. The cigar impresses me as much now as it had when I first laid eyes on it. I've been curious to see how it's turned out and found the perfect opportunity, Canada Day. Holiday Monday, at a park all day, I had plenty of time to dedicate to my cigars.
The wrapper has maintained it's shine and oil, it was smooth, maduro dark, slightly mottled and veinless. I have read that some are even found with spots on them at the retailers and noticed I have a couple like that myself. No matter, it wouldn't affect the smoke. The cigar was hard to the touch and the construction was flawless down to the pigtail cap.
The pre-light draw gave me light wood and seemed to be ok. Once lit, the perfect draw was confirmed. It was big with flavours of earth and wood with a little sweetness, molasses....this was by the time I reached the first inch. By the time I reached the first quarter the cigar was earthy and musty, medium to full bodied and a lot smoother than how I remembered it.
By the time I got halfway the flavours settled down to earthy with hints of leather and wood coming and going. The ash kept falling on it's own throughout this smoke and never held for very long. The burn was not too bad but I did touch it up a couple of times. It stayed like that pretty much until I stopped smoking it, with no kick in the end. I smoked it until I couldn't hold it any longer.
In conclusion, I would give this cigar another year or two before trying it again and it wouldn't surprise me if it needed more time than that to mature. Very full flavoured, it's mellowed out enough to smoke to the end, pleasantly. I remembered them being very strong and rough at the halfway mark. I had no problem smoking this one down to the end. If you got them, keep holding on to them, they're only getting better. 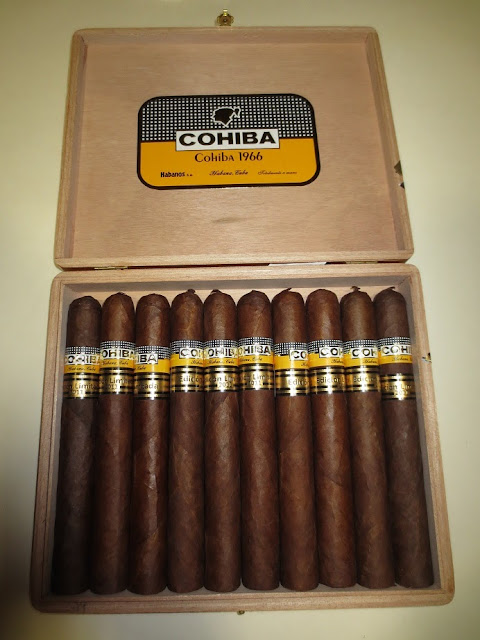 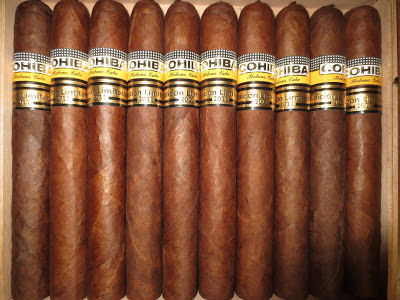 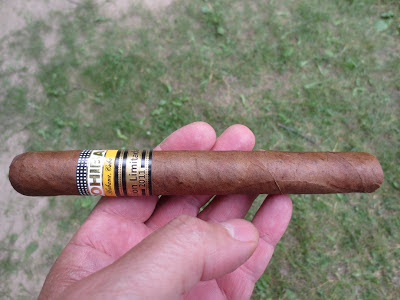 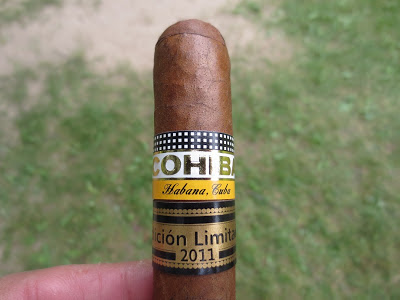 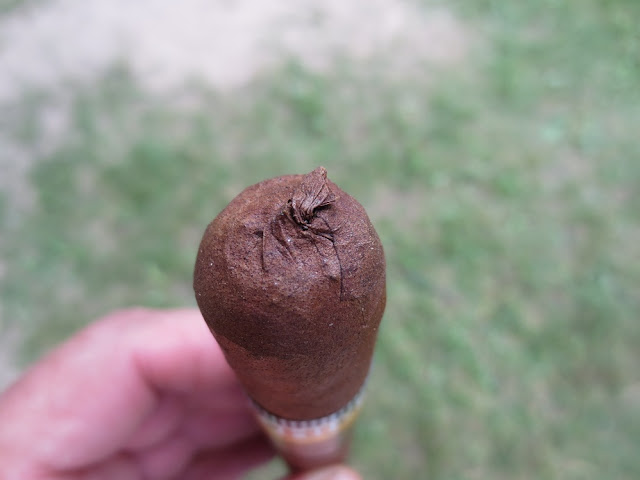 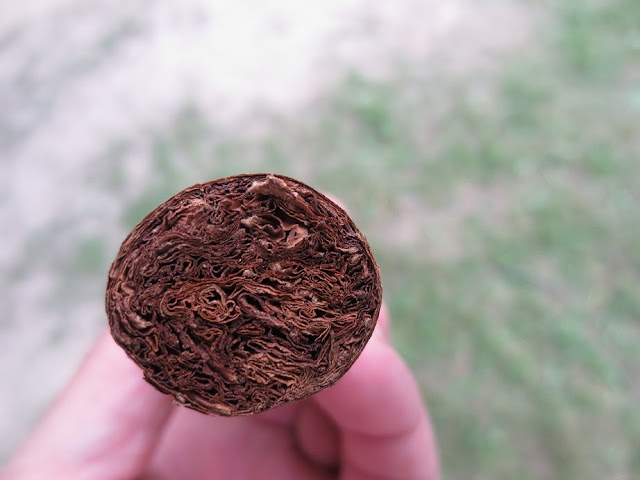 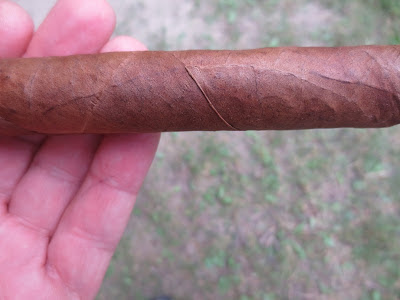 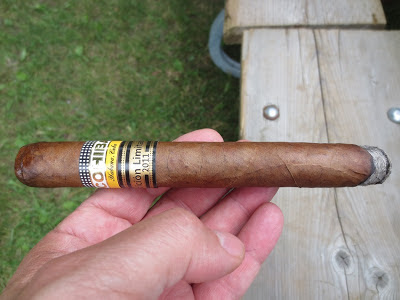 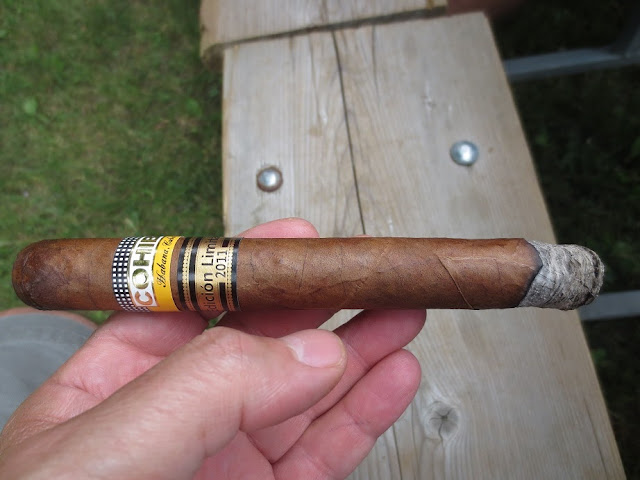 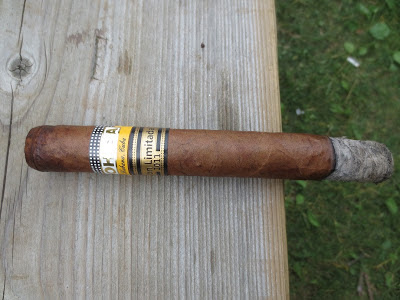 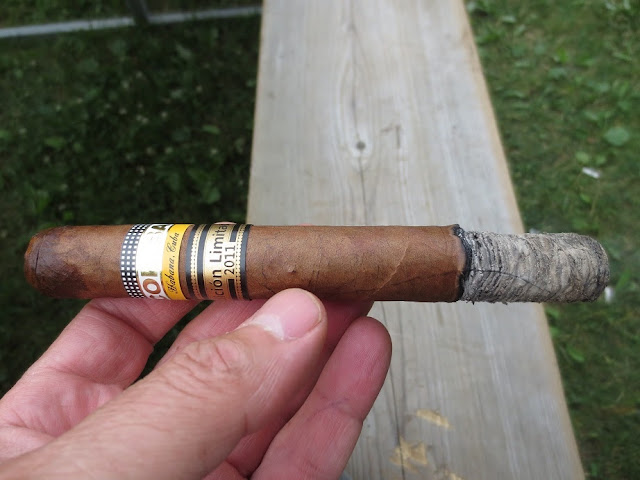 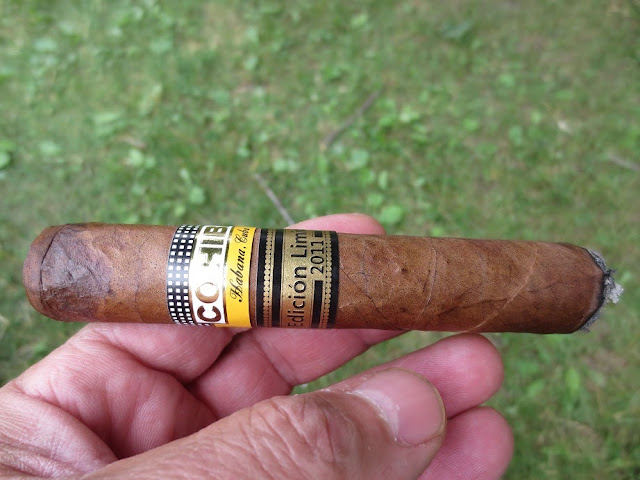 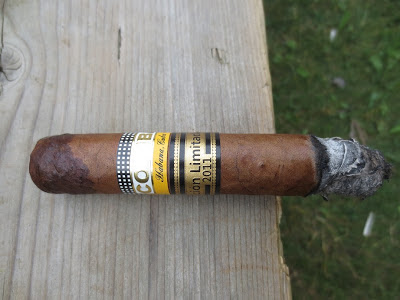 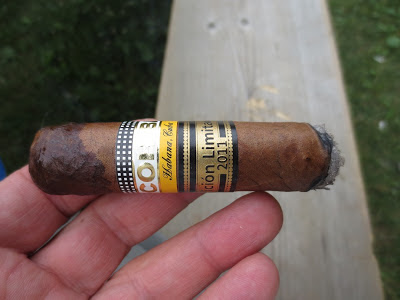 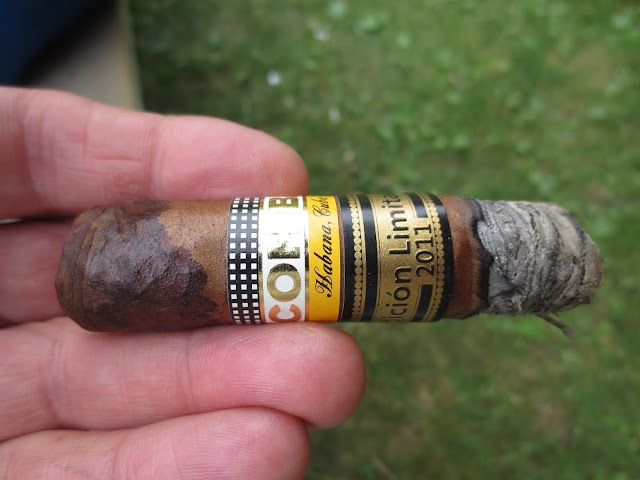 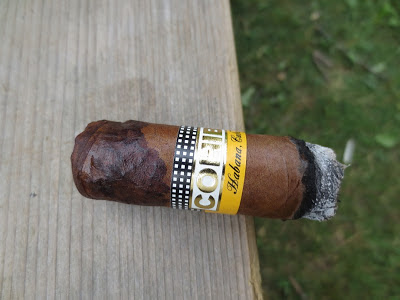 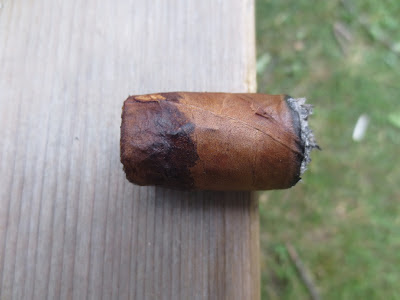 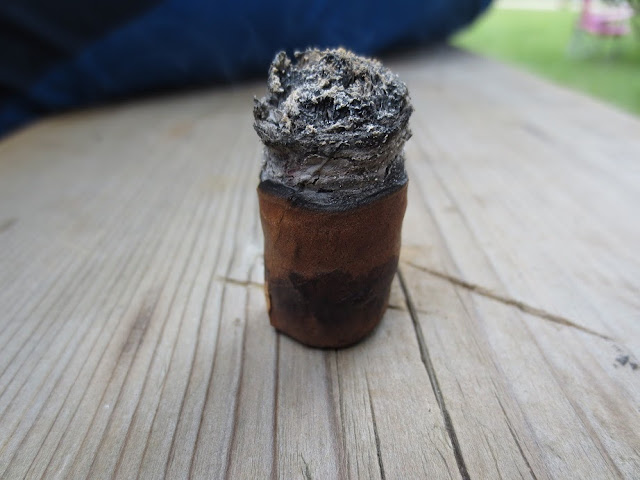 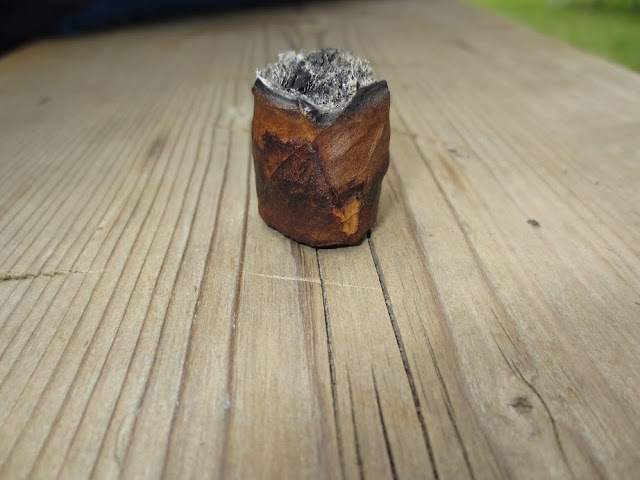