I found this box at the Club Havana LCDH this past May. I was on the hunt for older cigars and there it was, I couldn't resist. I was smoking these on a regular basis while staying in Havana these past few trips. The cigar shop at the Hotel Comodoro sells them as singles and I would always pick up a handful when I dropped by to visit Crisantos & Andre the manager. Crisantos, the house roller, has retired but Andre is a great host and I still drop by a few times every trip to visit and catch up on the happenings in the cigar world. The Familiar I tried from the Comodoro Cigar Shop were always great and that's what prompted to buy this 13 year old box. At first sight, they didn't look too bad, a little irregular from one to another and all with a slight box press. I've smoked a few of these from this box before reviewing this one. This cigar is a corona at 42 x 142 (5.6") and was discontinued in 2012.
The butterscotch coloured wrapper on this cigar was smooth, dry and veinless with a slightly bumpy cap. It was hard to the touch as all the others in the box. Pre-light draw gave me mild wood. Once lit, the first draw gave me a bid mouthful of floral, that was a first, none of the others that I smoked tasted like this. Once the cigar settled down it was a little bitter with flavours of wood and earth with floral undertones. The draw was good as with all the others I smoked from this box. The burn was a bit off at about 3/4" and every cigar from this box has had burn issues of some kind. At about the first inch I'm beginning to taste some barnyard and the burn is way off. I have a flaky ash just past the first inch and it's a medium to light bodied smoke.
At about the first 1/4 the ash fell on it's own and the flavour mellowed out but didn't change. The burn continues to be off. This was my first cigar of the day and I was having it with my morning coffee. Past the half the ash fell on it's own again. It was burning a bit hotter through the middle. With a 1/3 of the cigar left to go it was still burning hot through the middle. I can taste the barnyard again with hints of floral. At the last 1/4 it goes out. I was still able to smoke this down to the end, it actually got better at the last inch or so.
This was one of the worst ones I smoked from this box. The others were all pretty much the same...earth, wood with some mustiness, never getting past a medium strength, flavours seeming a bit bland. In my opinion, this isn't a bad box, but I prefer one with a little less age. I would like to find a box with maybe 3 years on it and I must do it quick because these cigars have been discontinued. This box, to me, tastes like it's been better....or maybe it was just a bad year. Either way, I'm not giving up, I like the flavour profile and will buy something a little younger before passing judgement. 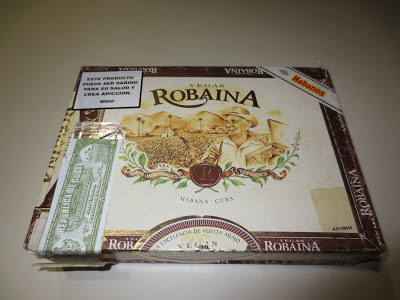 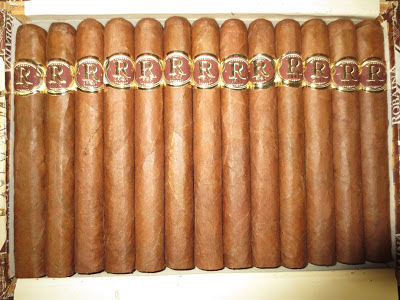 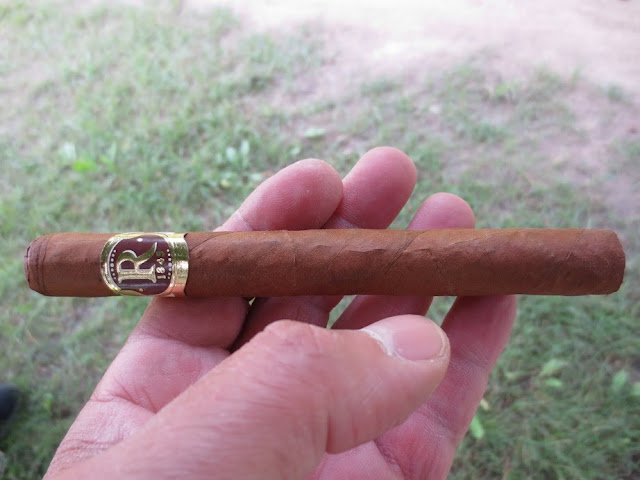 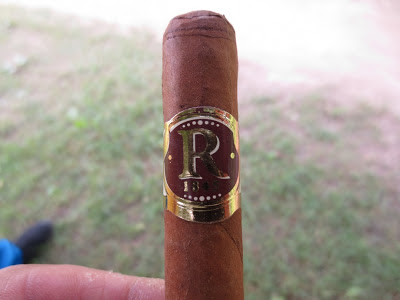 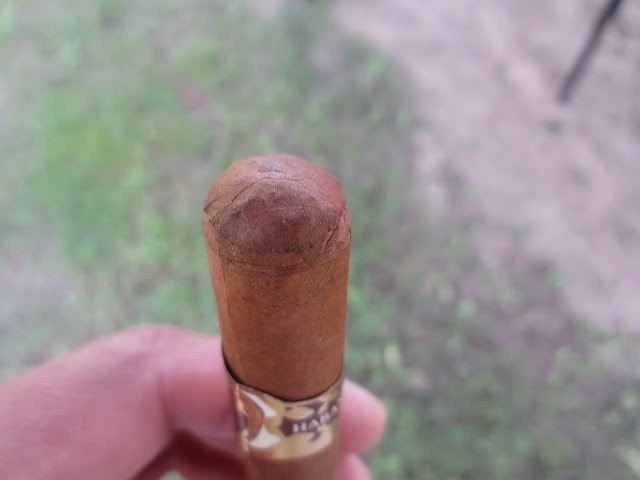 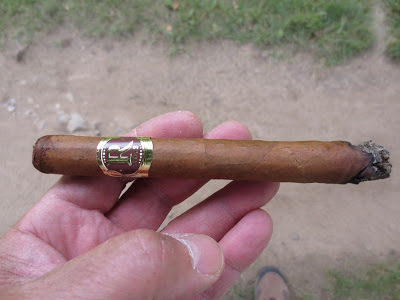 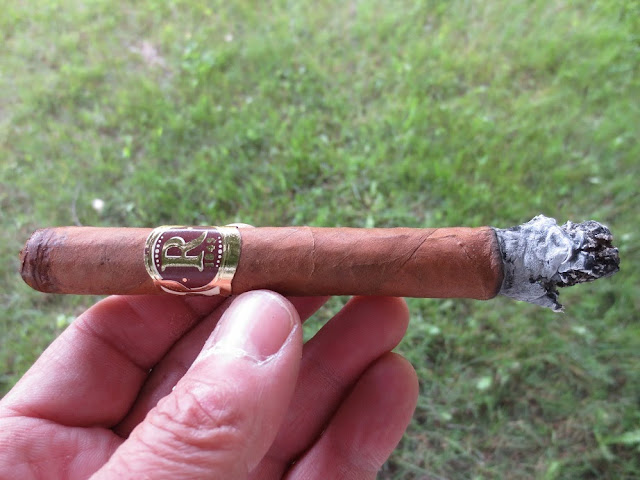 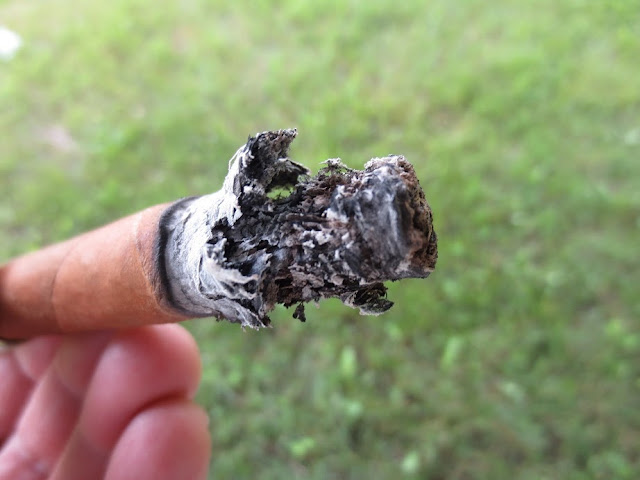 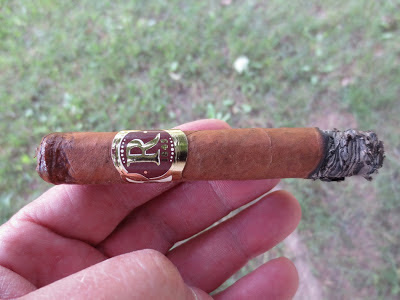 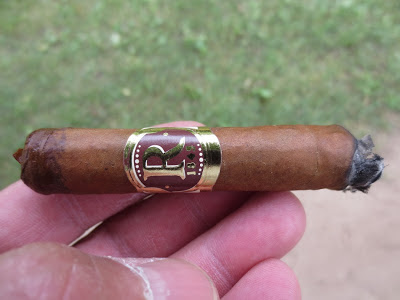 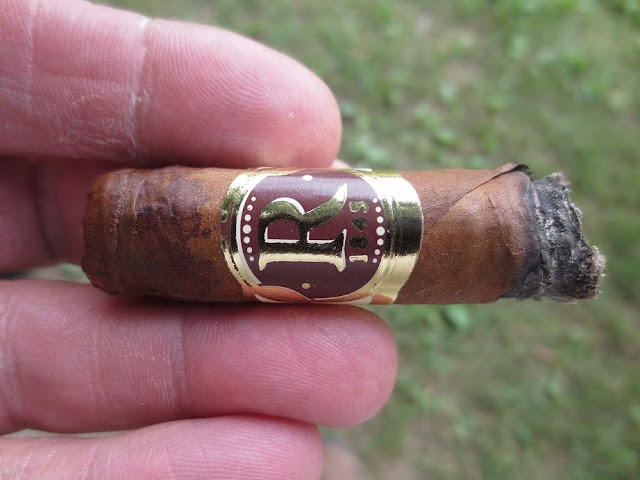 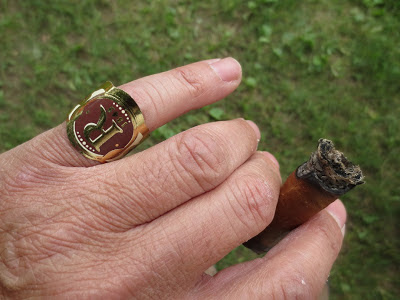 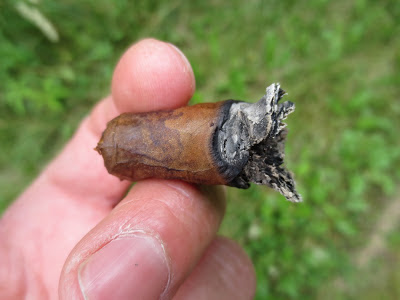 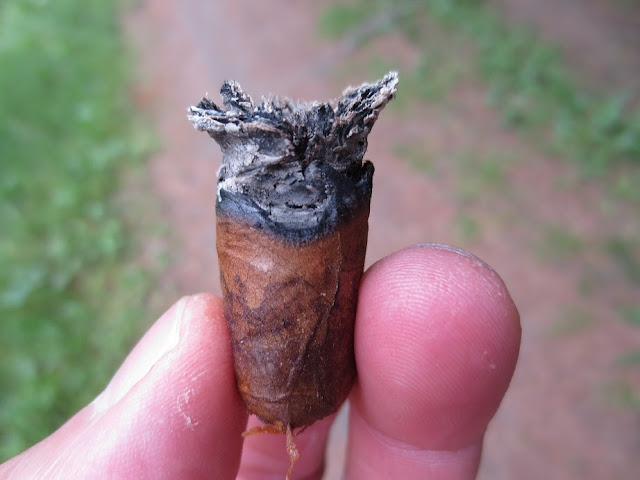 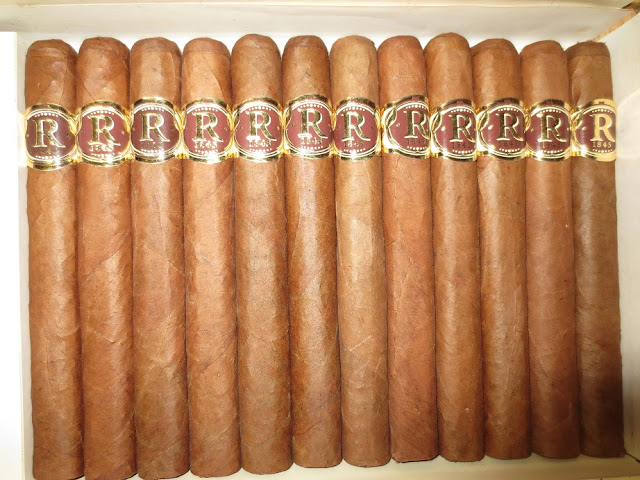