I love this size, 50 x 102 (4"), just a hair smaller both in ring gauge and length than the Petit Edmundo. 5000 numbered boxes of 10 cigars were released in 2012. I know many people who have bought these cigars, one of which sent me a couple. It's a great cigar (for the size) to smoke when you either don't have a lot of time or when you want to smoke several (as in my case) cigars within a certain period of time.
This cigar was hard to the touch with a flawless construction and a slightly bumpy cap. The pre-light draw was big on cedar. Once lit the draw was a little firm but not too bad. Now I was picking up a touch of earthiness, wood and a hint of floral notes. The burn looked like it was going to be off but corrected itself after the first 1/2". Tasting more earth than wood now and giving me the impression that the profile was somewhat like a regular production Diplomatico which is great for my taste. They don't make enough Diplomatico vitolas but I guess not enough of us buy them....supply and demand. The draw is giving me just a bit of resistance but it only means I have to slow down my smoking so not to overheat the cigar.
By the time I reach the first quarter the burn is off and the cigar is earthy, musty and picking up strength. At the halfway mark the ash fell on it's own and just so you know, the floral notes are still slightly there....I don't like floral. The flavours really haven't changed too much so far and it's turning out to be a medium-strong cigar. The burn was still off and I couldn't resist, I touched it up with my torch as I neared the last quarter. I finally had to let it go when it was getting difficult to hold.
I smoked this cigar a couple of months ago at a picnic on a long weekend. I wish I could have given it more attention but after all is said and done it wasn't that complicated a cigar. Rather easy to smoke with not a lot of changes. It could use a bit of age and I'm sure one year will make a big difference for this cigar. It's worth a try if you get the opportunity. 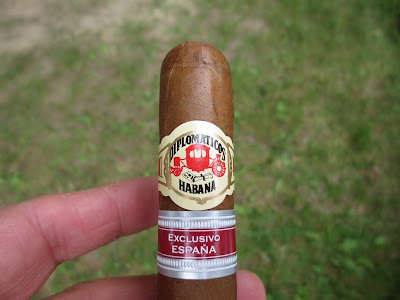 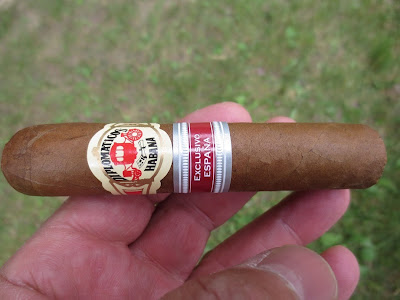 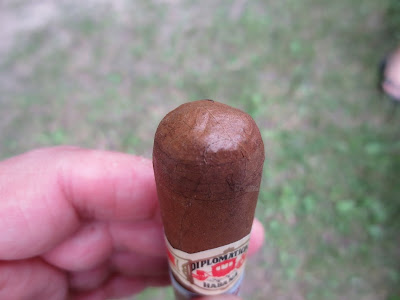 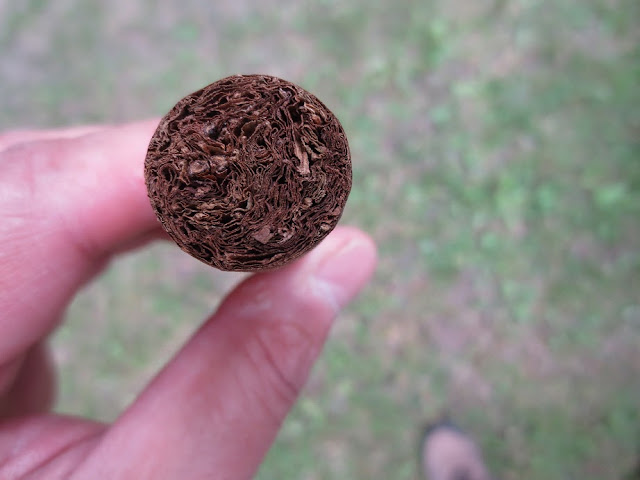 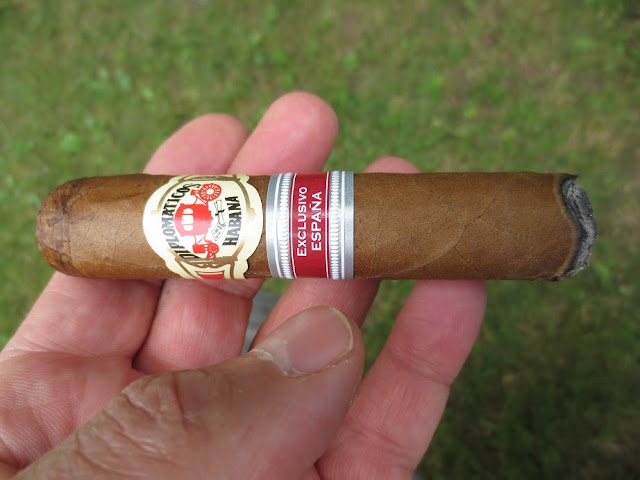 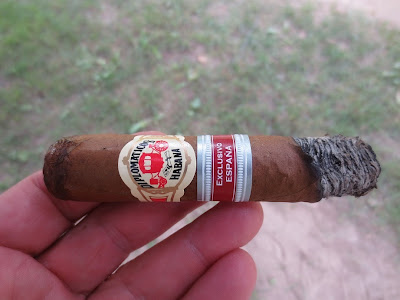 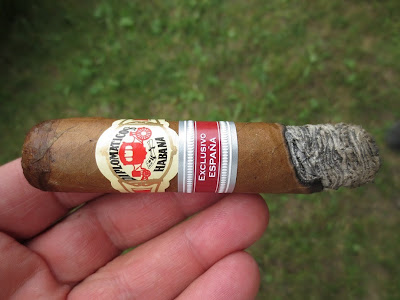 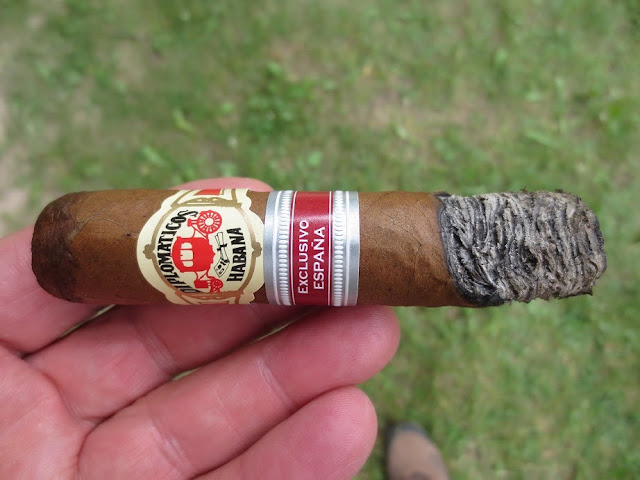 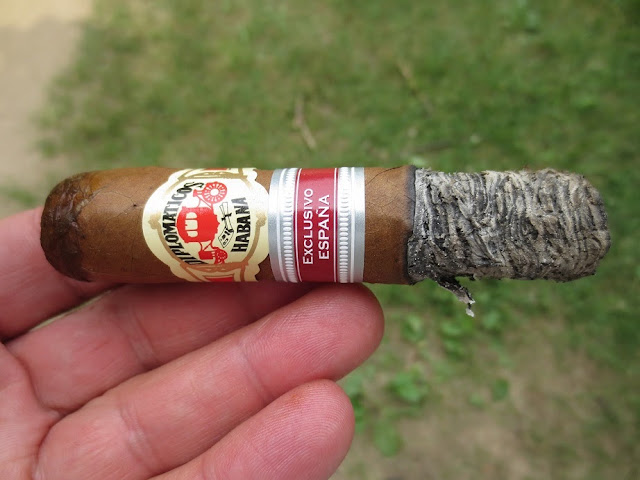 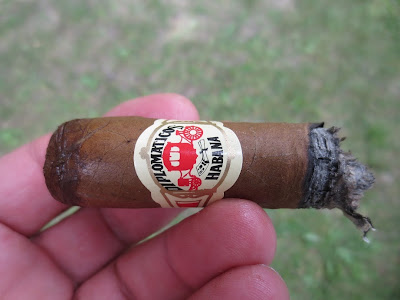 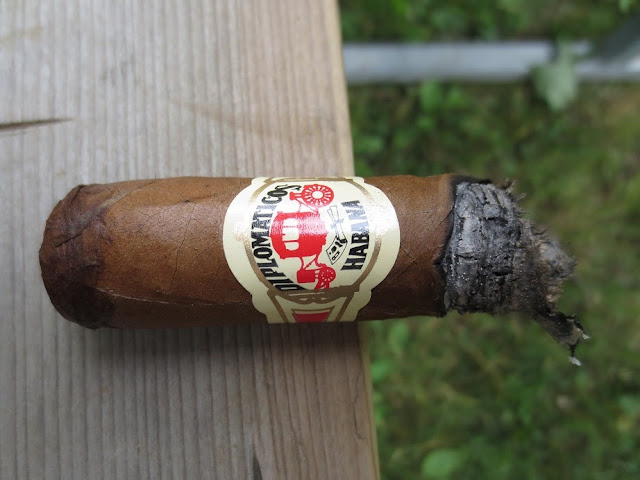 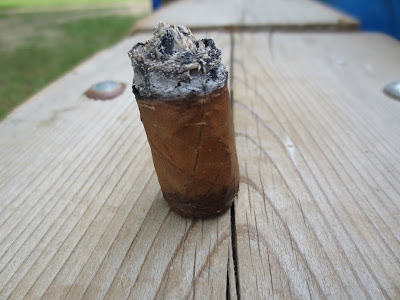 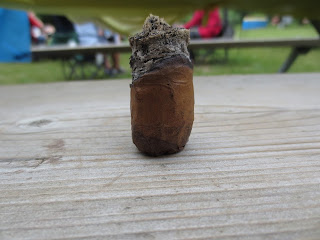