I've been going on a tear over the last few months trading for various regionals from around the world. I have the good fortune of knowing many people from all over and have been able to get some pretty special stuff. I picked up a couple of these guys a few months ago and smoked one recently along with the same sized Regional from Spain, the Diplomatico.....wanting to do a comparison.
The size of this cigar is 50 x 102 (4.0") with 2000 numbered Slide Lid Boxes of 25 cigars made in 2012 and released in March of 2013.
This cigar was hard to the touch with a squared off cap. The wrapper was smooth, shiny, oily and veinless....it was an attractive looking stick. The pre-light draw was sweet with hints of cedar. Once lit I picked up flavours of tobacco and straw with faint floral notes....the draw was perfect. At this point it seemed like a medium bodied cigar. The burn seemed like it would be ok. By the time I got to the first 1/2" the cigar was mellowing out and the floral notes had disappeared. Wood was the predominant flavour now with tobacco taking a back seat. This was turning out to be a mild cigar with an absolutely perfect burn nearing the first quarter.
Still picking up a bit floral flavours now and again by the time I reached the first half and the ash fell on it`s own. Flavours not really changing much but I was beginning to taste a little bitterness. By the last quarter the floral notes were still coming and going with the cigar picking up strength and getting bitter. I put it down not long after that.
I wish I could say otherwise (my background being Italian) but this wasn't that great a smoke in my opinion. I preferred the Spanish Regional (of the same size) over this one. It very obviously needed a little age but I don't know if that would make it any more appealing to me. It wouldn't be completely fair to judge this cigar at this time. I'll hold on to other one for a while before smoking it. For now, between this cigar or the Diplomatico Petit Robusto ER España 2012 (same cigar)....I would take the Diplomatico. 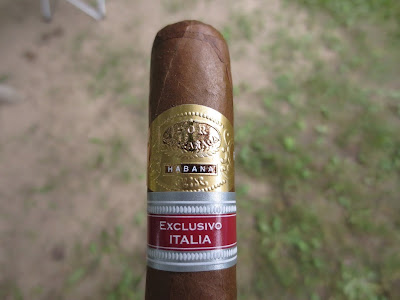 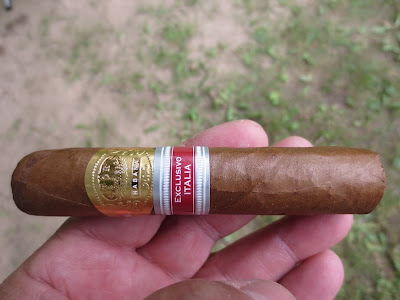 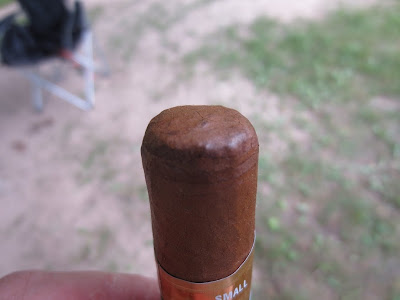 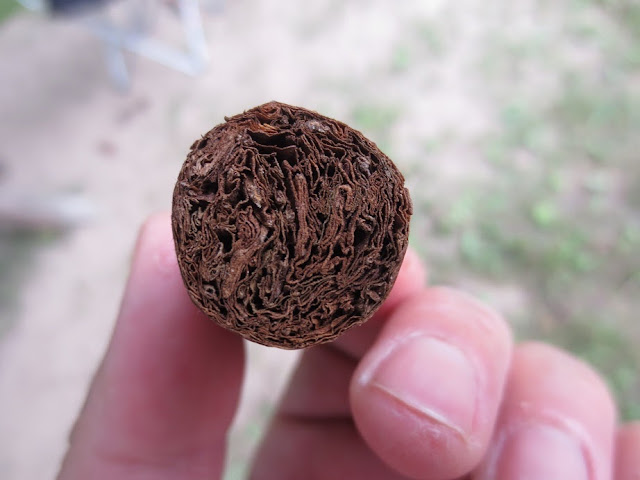 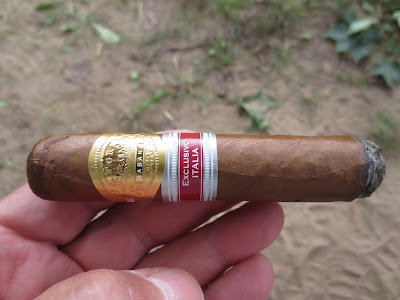 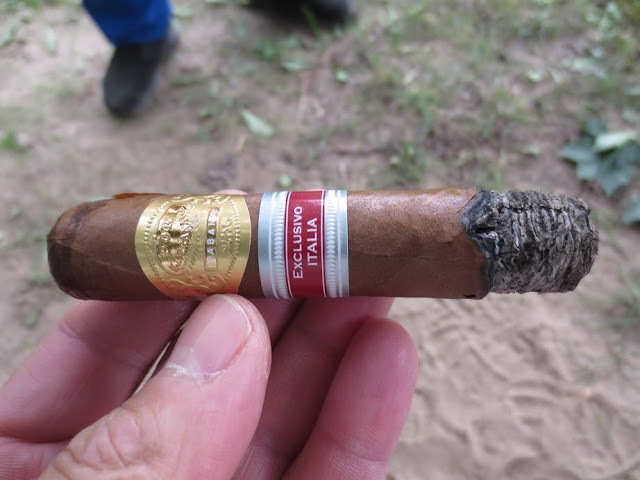 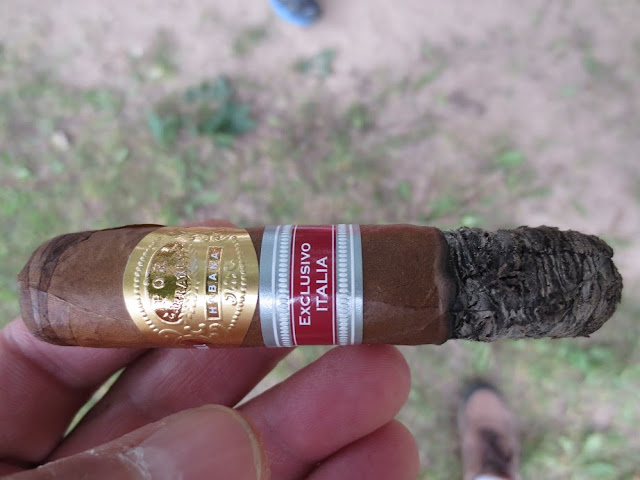 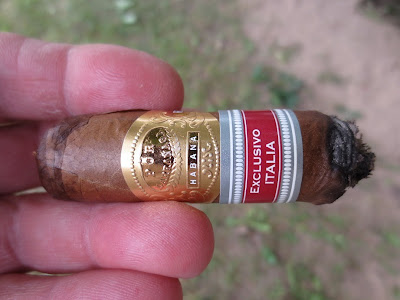 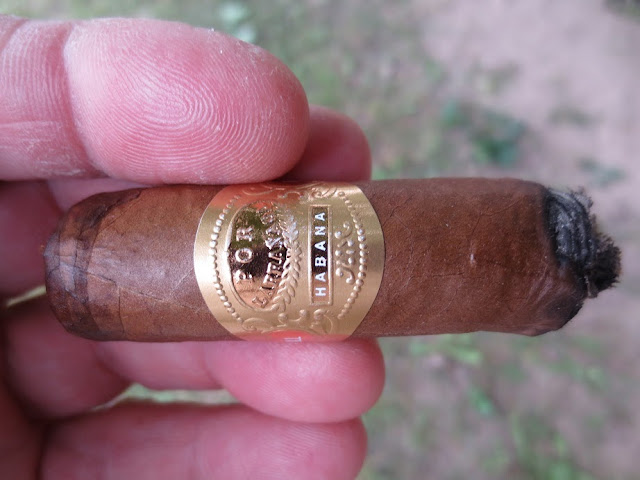 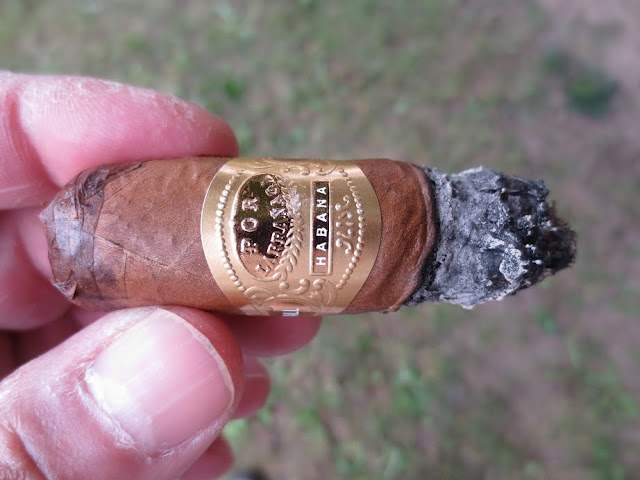 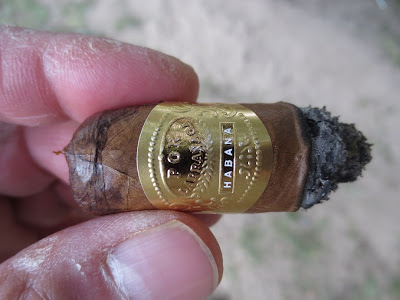 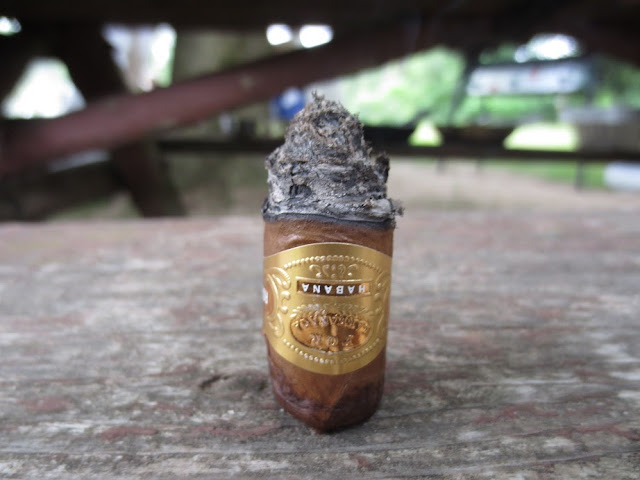 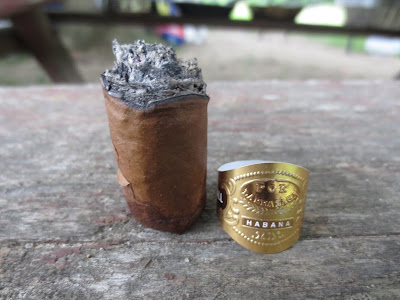 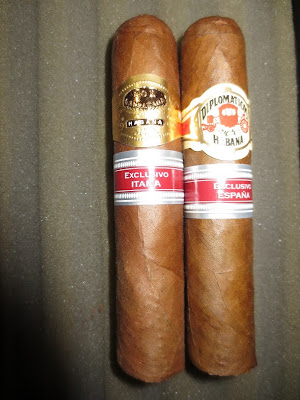