I came upon this artist as I was wandering the streets of Old Havana, something I do quite frequently and with great pleasure. He was showing his works in a Gallery across from the church of San Francisco next to the Plaza of the same name. The Gallery is called "Casa de La Pintora Venezolana Carmen Montilla Tinoco" at Calle Oficios no.162 and is open Mon-Sat 9:30am-5:00pm. It's a beautiful Colonial home that was restored in the mid 90's by a Venezuelan artist. The courtyard in the back of the house is absolutely stunning and features a massive mural that was created by the famous Cuban artist Alfredo Sosa Bravo. This particular gallery changes exhibits and artists once a month or so, unlike the gallery next to it that houses the famous Nelson Dominguez who's been there for at least a couple of years. I had the pleasure of finding the artist there but like the idiot I am sometimes, I forgot to take his picture. Next to the copy of his history that I've posted a copy of is a tiny picture of the artist. Hopefully I can replace it at sometime with something a little better. Below is my loose translation of a write-up printed on the same flyer that was handed out by the artist. When I say loosely, I mean the language was a little beyond my simple Spanish vocabulary. I was given permission by the artist to post it on my blog. I hope I've done a decent job.
Don't harbor any doubt that Alicides Perez is a wonderful artist, willing to investigate rigorously many technical variants and expressive ways to create works of remarkable intensity. Early training in Havana, at the remarkable Academia de Bella Artes San Alejandro, he specialized in painting. Later, he moved on to the Taller Experimental de Grafica, which was the key to later enable him to navigate with ease through Chile, a country in which he continued to hone the development of his graphic imagination. Both methods occupy his attention today although engraving is the area in which he concentrates more time on. You have to see the quality of textures that  he offers on every impression either on metal, calligraphy or especially in mixed techniques, where he feels more comfortable from the integration of several styles. It is there where the white space of the canvas resists the efforts that Alcides submits it in terms of color, composition, drawing and materials and are applied with enough honesty as to be recognize that there are no tricks or unnecessary masking but pure aesthetics which is essential to all good art. He's restless and active towards everything that surrounds him and manages to make us share in his works as in a two-dimensional space integrating architecture through columns, balconies, roofs, doors, as if the human experience is linked intrinsically to the buildings we inhabit every day. Having said that, mostly through paintings, facades and fusions of human bodies, faces and mosaics, ears and windows, regardless of the physical condition of these poles of attraction, for him, the spirit that identifies them is the truly significant. He's a good drawer, however, he has no prejudices in the materials he uses; soles of shoes, belts, textiles or cans, to say what he wants in parts of his art where it suits him to show a refined freedom of creativity.
This exhibition illustrates an exemplary way the variety of his goals as an artist, the challenges and in turn, the dangers he faces. It corroborates his audacity and his sense of the expansion of the territories of graphic art. His letters are cast, this time in the walls of the gallery and not on any table. From them he warns us that despite his young age he is not swayed by fads of his generation or the promotion of Cuban art. His gait seems secure and with own destiny. We await to see what the future holds for this wonderful artist. 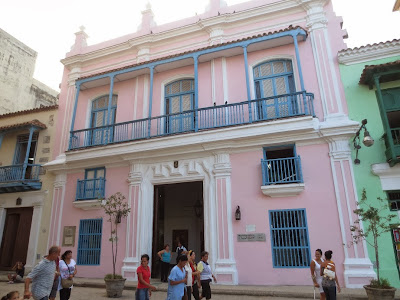 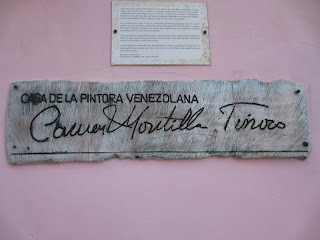 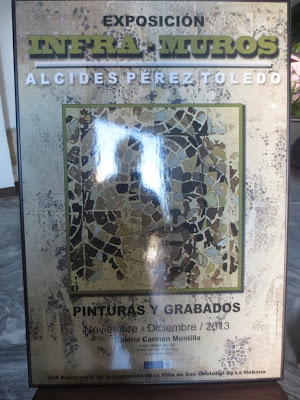 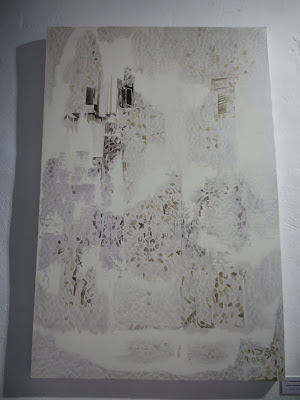 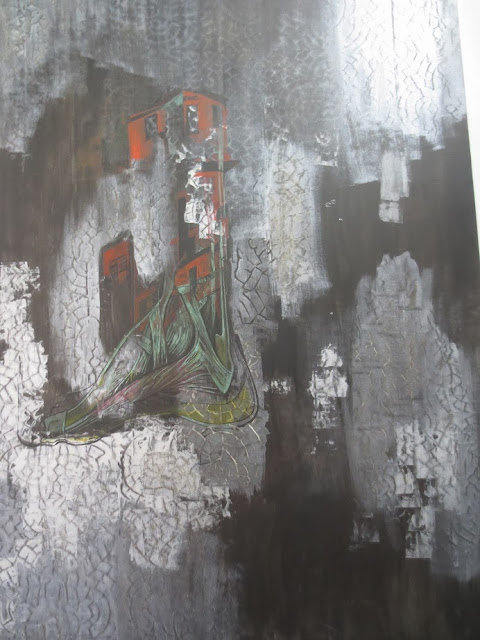 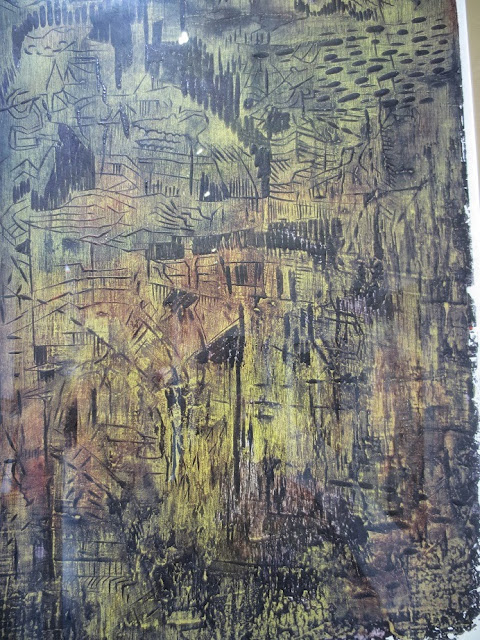 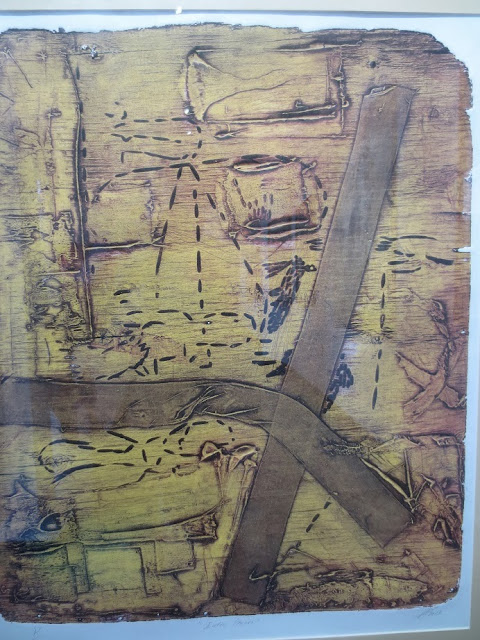 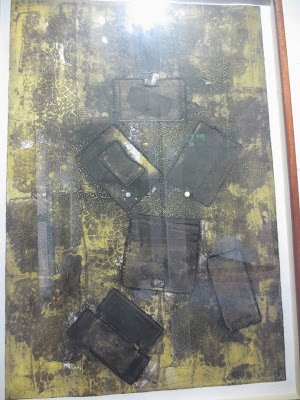 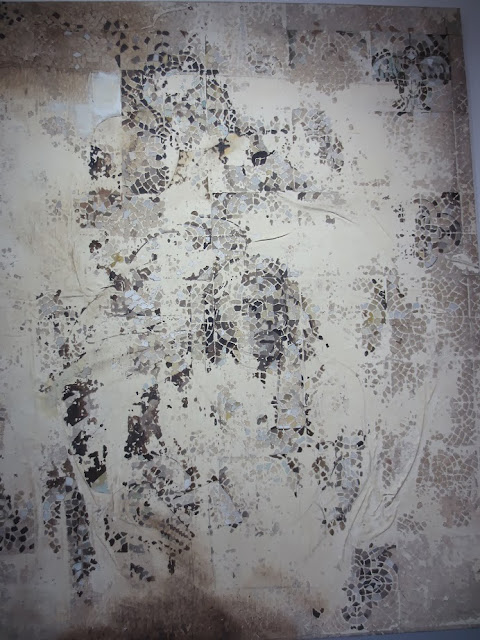 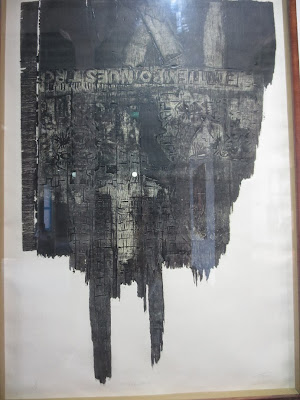 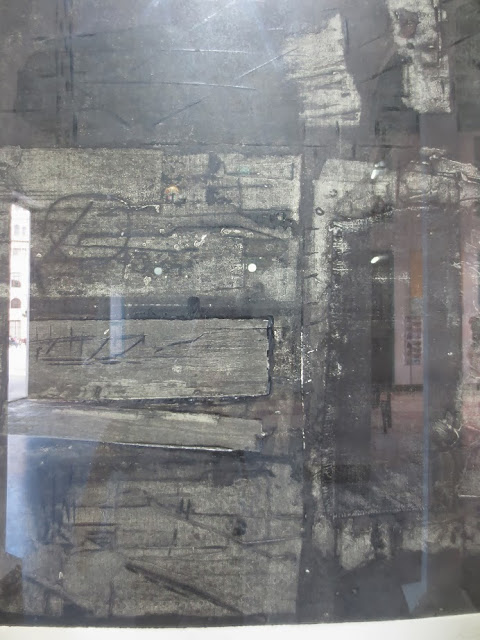 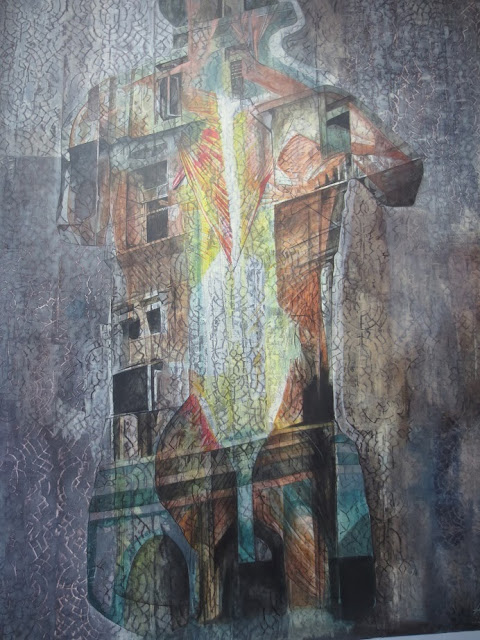 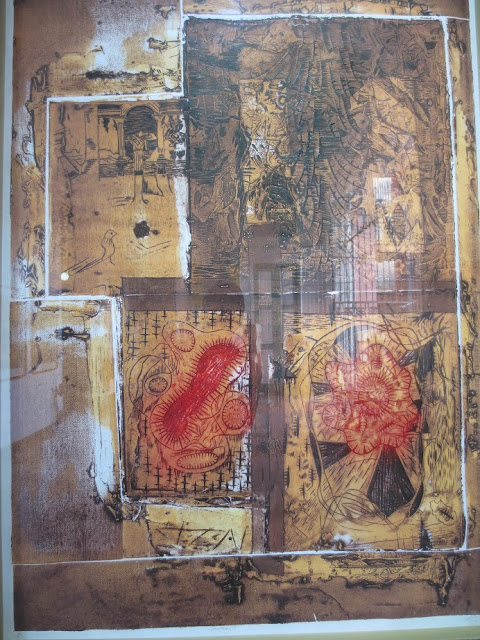 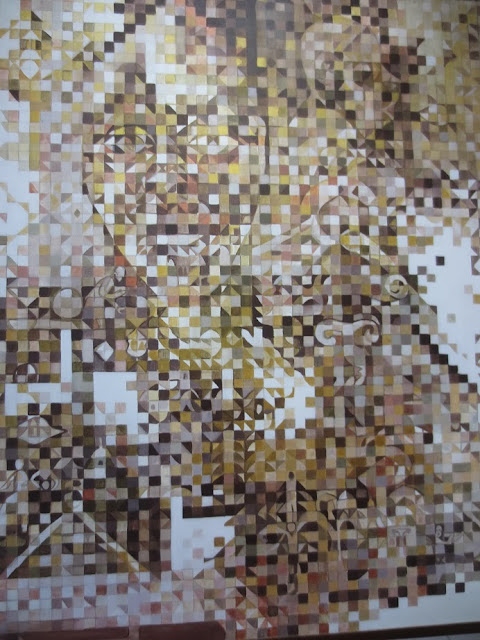 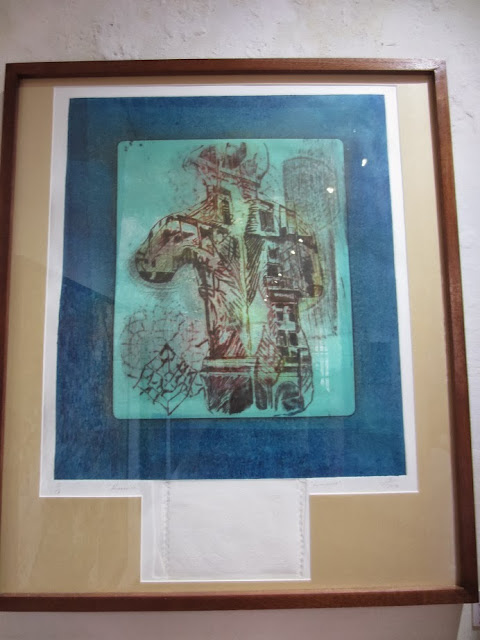 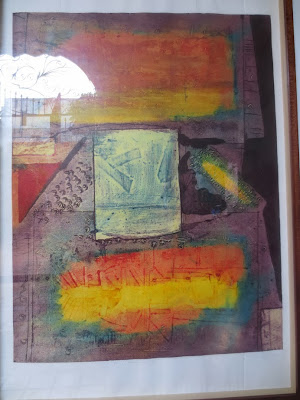 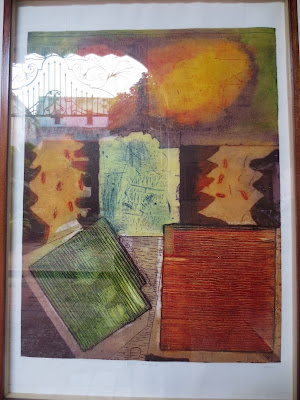 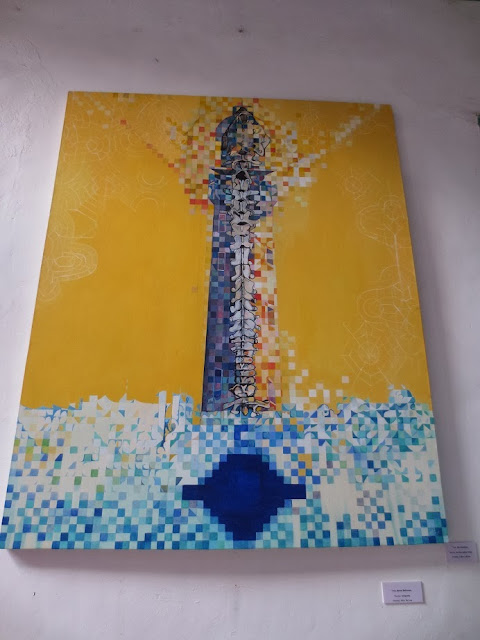 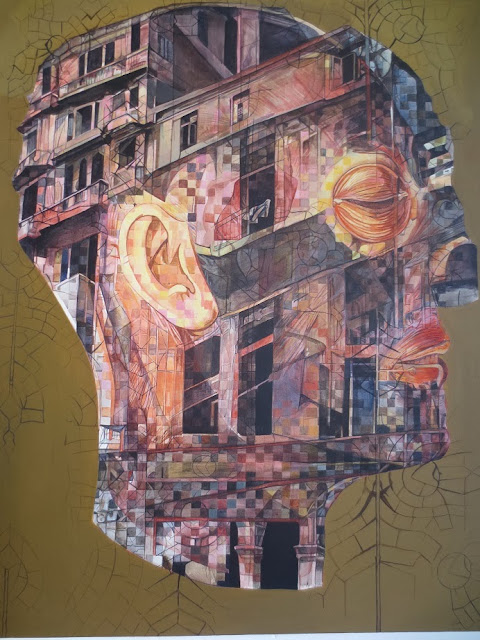 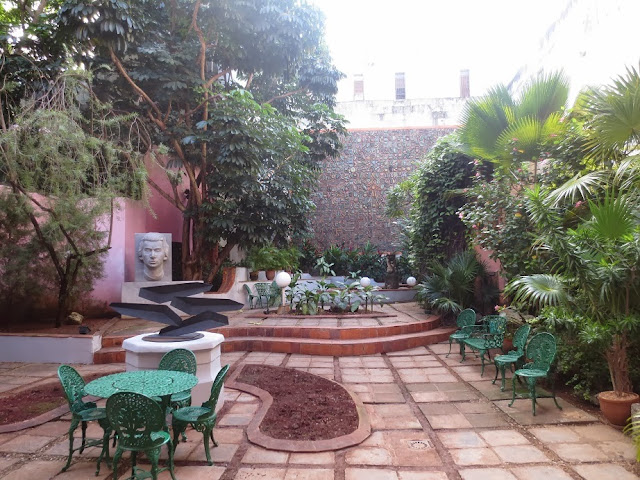 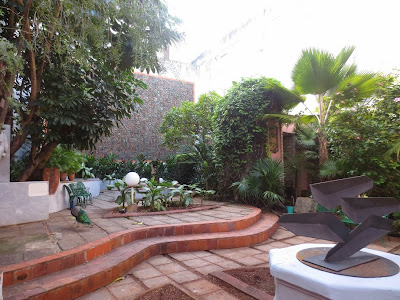 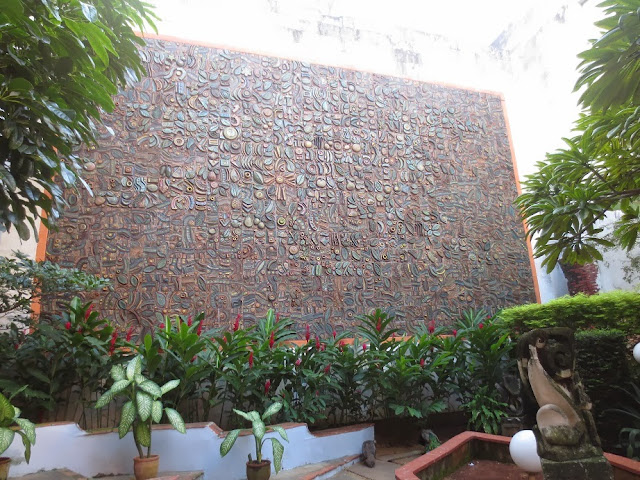 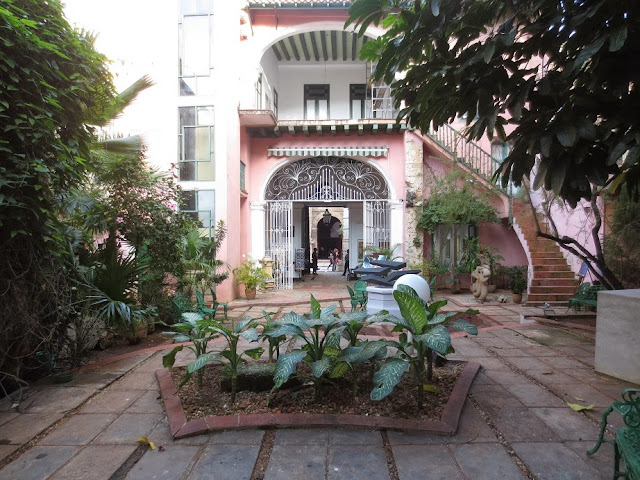 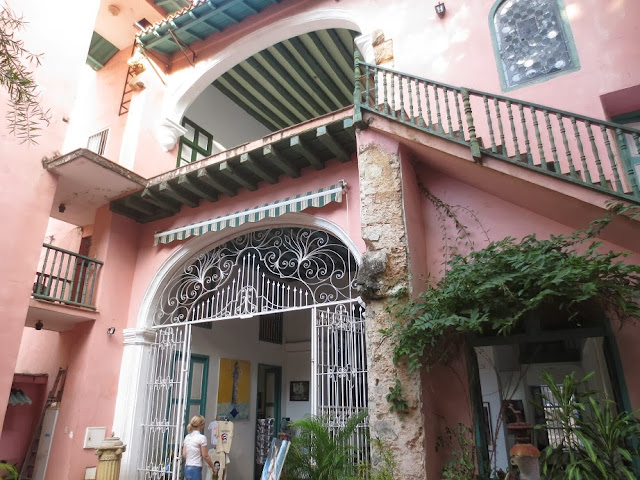 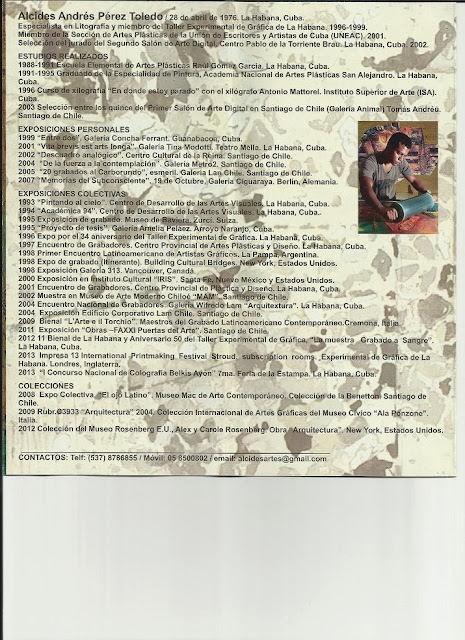