I've been holding on to this box for more than a year now and thought it was time to try one. The weather's been absolutely terrible with an ice storm hitting most of Canada and doing considerable damage to a large part of my city, Toronto, and most of the area around it. I had been invited for dinner and a smoke at a friend's house and wasn't going to let a little bad weather upset that. I did however find out if he had power before heading over since 300,000 people in Toronto were without. Since he lives on the other side of the city and driving there was going to take a little longer than usual with many traffic lights not working, I thought this a good time to try this cigar. It would make the drive a little less stressful. The review will therefore be a little distracting with fewer pictures than usual.
Looking at this cigar, before leaving for my destination, I found it to be a little darker than the usual Siglo VIs I've had in the past. It was as hard as a rock and slightly bumpy, well constructed with an oily, veinless wrapper and nice cap. The pre-light draw gave me wood and was spicy on the tongue. Once lit the draw proved to be perfect. The first few puffs gave me wood and leather and was very smooth. The burn was already off but by the time I got close to the first inch it had straightened itself out. Earth began to creep in at this point and I picked up a hint of floral but only for a moment. It was burning beautifully now but wanted to flick the ash since I was in the car, I didn't want to make a mess or have an accident.
Nearing the half the flavours remained pretty much the same, Earth, Leather & Wood, all vying for domination. I could feel this cigar needed some time, I'm going to have to put it in the back of my humidor and revisit it some time down the road. Touched it up with my torch after the 2nd flick of the ash. The edge had come off this cigar into the 2nd half. I would consider this a medium bodied smoke, it had definitely mellowed since lighting it.
I put this cigar down sooner than usual, I was ready for my second smoke. It had nothing left to prove to me. It was a nice smoke and is going to be much better in a year or two in my opinion. As usual, it didn't disappoint me and continues to be one of my favourite smokes and probably my favourite Cohiba. 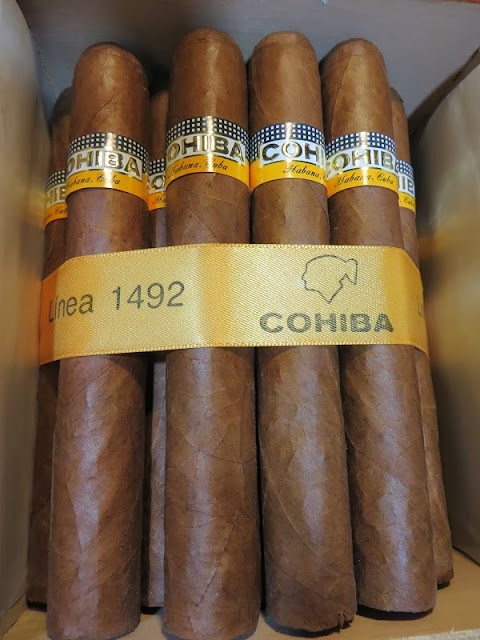 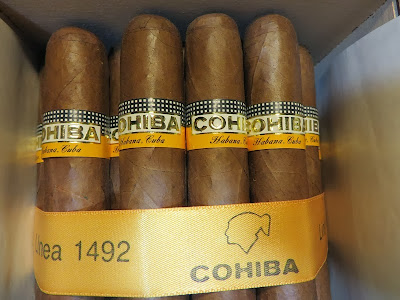 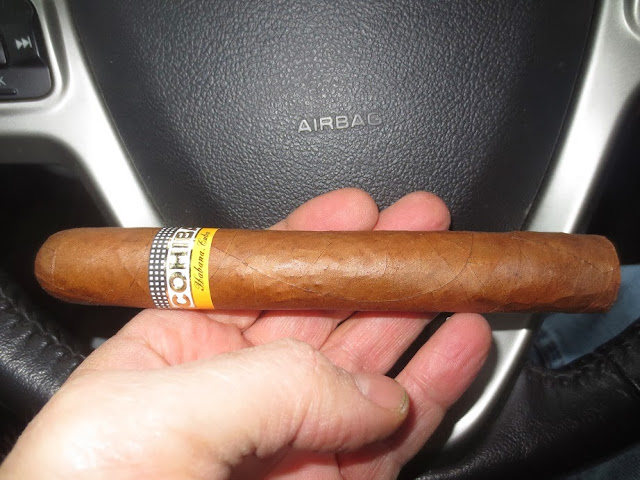 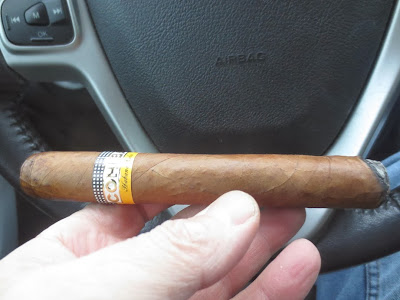 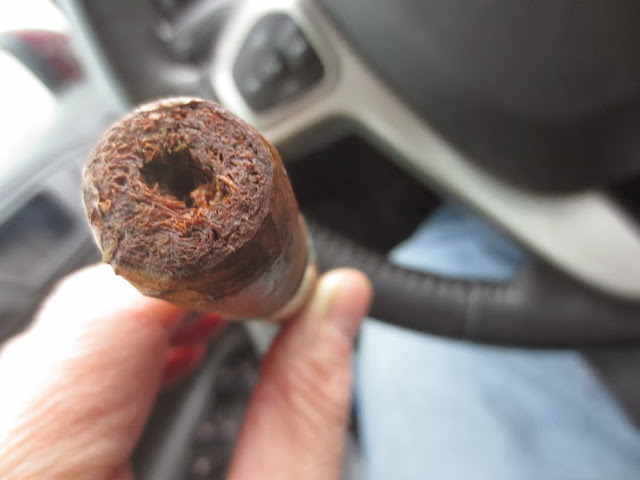 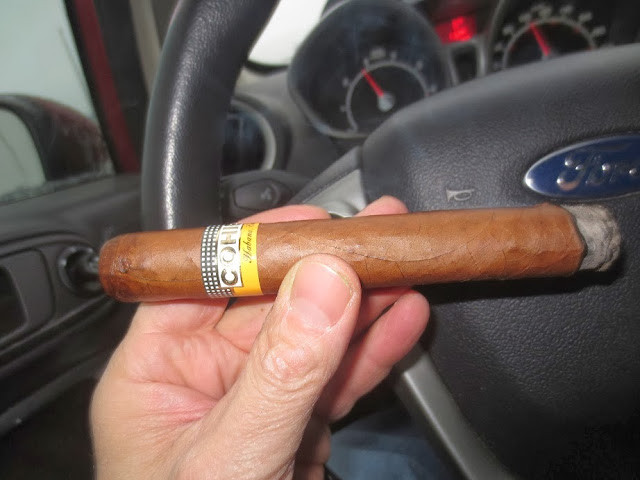 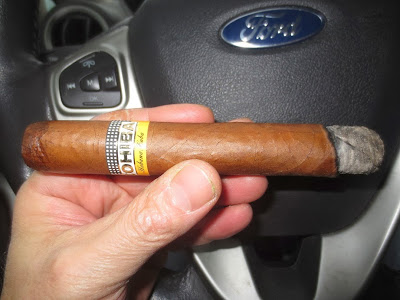 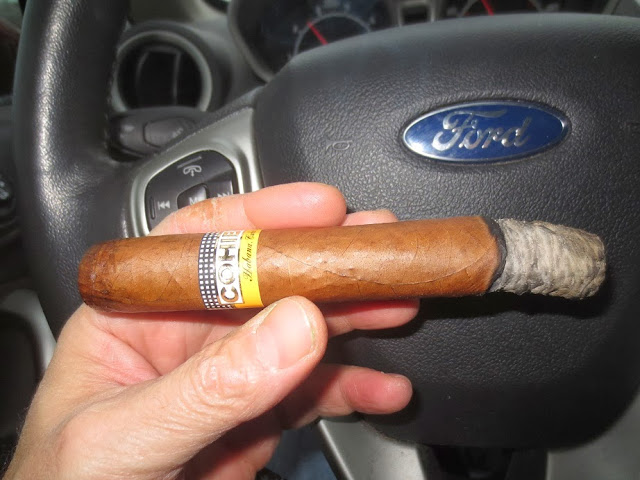 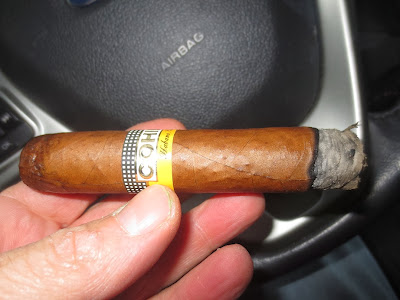 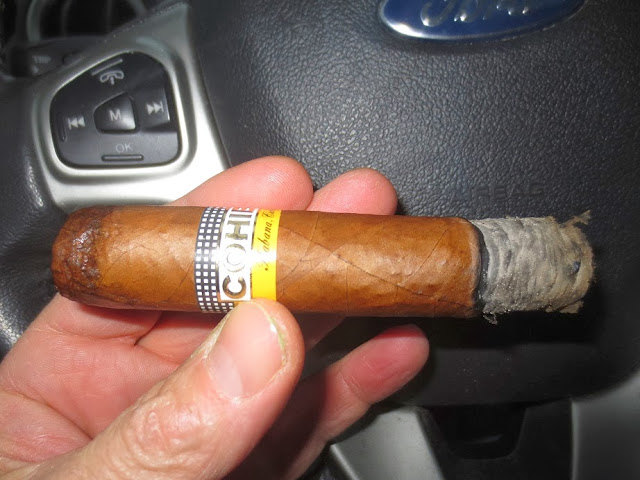 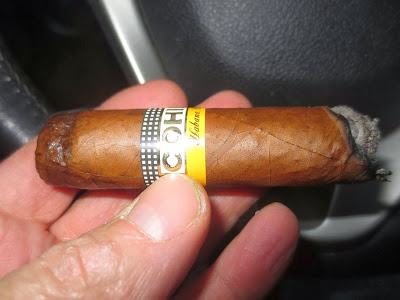 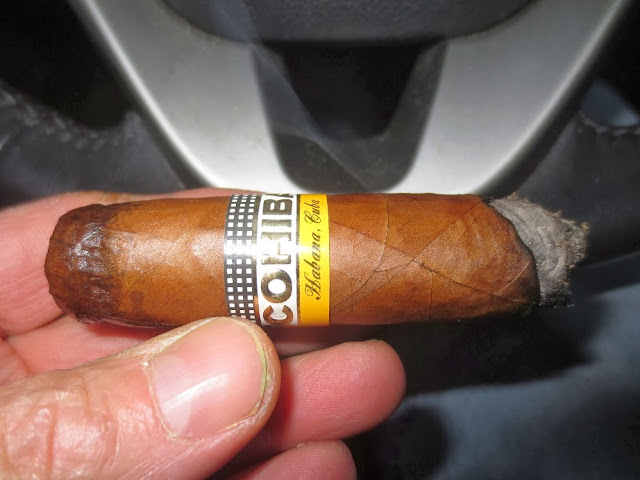 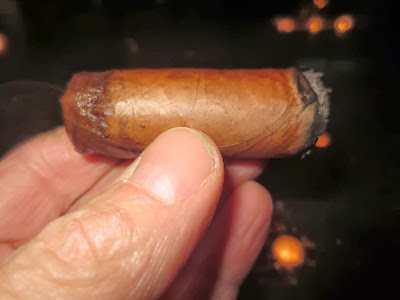