According to Wikipedia: Manzana de Gómez (Gómez Block), a 20th-century building in Havana, was the first shopping mall in Cuba. It is 5 stories tall. It was built by José Gómez-Mena Vila from 1894 to 1917. The landmark structure was the first European-style shopping arcade in Cuba. The Manzana de Gómez, was the first entire city block built in Cuba in the beginning of the 20th century completely for commercial use with two inner diagonal streets that cross the building in all directions integrating the pedestrian circulation with the outer fabric. It is bounded by Neptuno, San Rafael, Zulueta and Monserrate streets.
As written on the Hotel's website https://www.kempinski.com/en/havana/gran-hotel-kempinski-la-habana/ :
GRAN HOTEL MANZANA KEMPINSKI LA HABANA
Originally built between 1894 and 1917 as the first European style shopping arcade in Cuba, Gran Hotel Manzana Kempinski La Habana is situated in the heart of the old Havana with a direct view of the Capitol and the Great Theatre of Havana and amidst UNESCO World Heritage sites. The famous Castillo del Morro is accessible within a 10 minute drive. Experience the first true luxury hotel in Cuba and indulge yourself while staying in one of our 246 large rooms or suites with extra high ceilings and French windows opening out to the old city. Experience a variety of restaurants and bars, which also includes a one of a kind cigar lounge and a roof top Panoramic Restaurant and Bar with spectacular views over the old city. Relax in our spa, fitness center and rooftop pool.

For reservations and inquiries, please contact us at reservations.lahabana@kempinski.com.

It shouldn't be a question of whether or not the general populous can afford what the shops are selling, it's part of the tourist package. I wasn't aware that the mall would have a Cigar Shop and since I needed a cigar for dinner I decided to buy something to smoke. There's no denying that it's a beautiful space which was being enjoyed by numerous smokers (probably because you can't smoke in the hotel) but the pricing.... I bought something small, a Monte #4 cost me more than 10cuc. For those of you who travel often to Cuba, you know that's double what this cigar should cost. If that's any indication of the markup on the other products being sold at this mall, I wonder if can survive. There's no denying that they've done a wonderful job on restoring this space, I'm definitely going to have a meal on their rooftop patio one day soon. 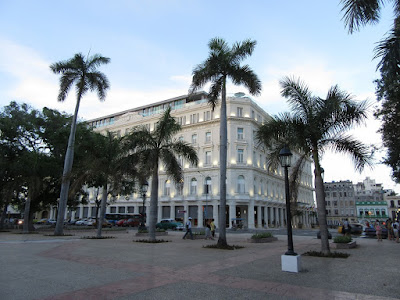 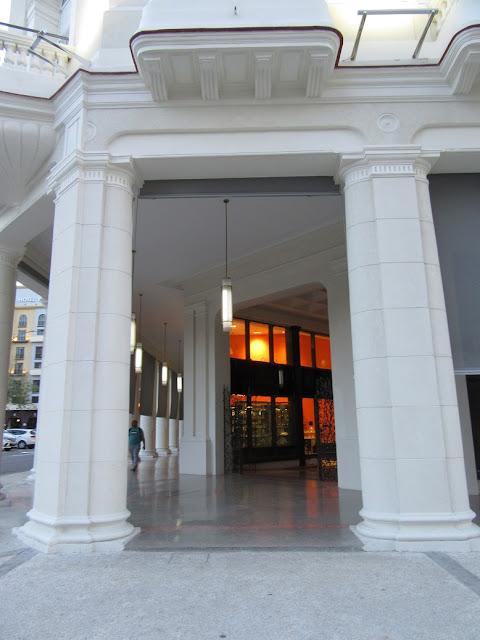 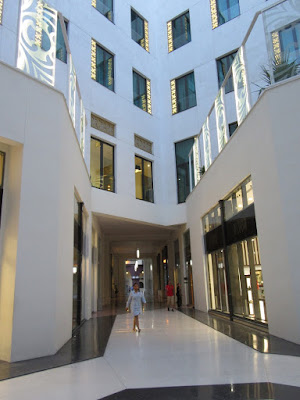 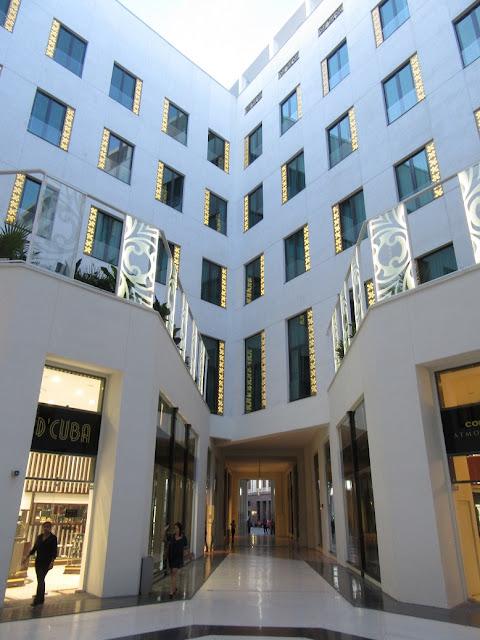 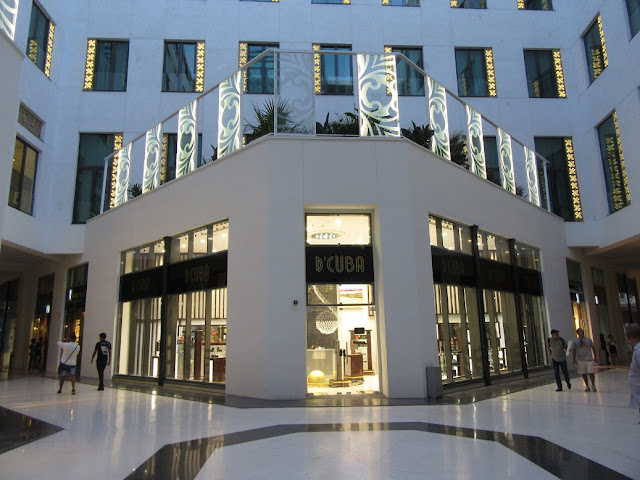 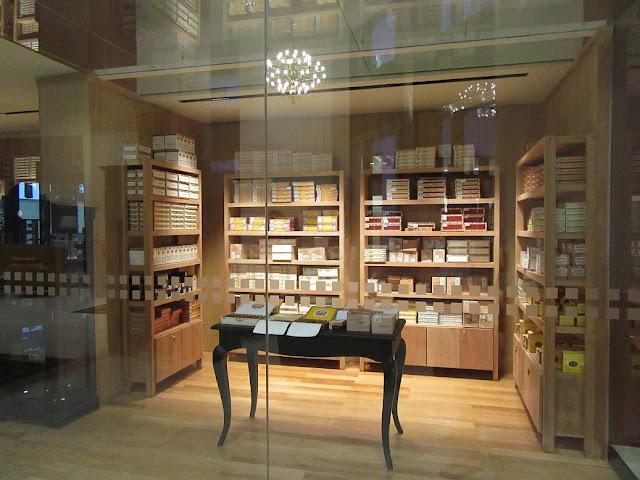 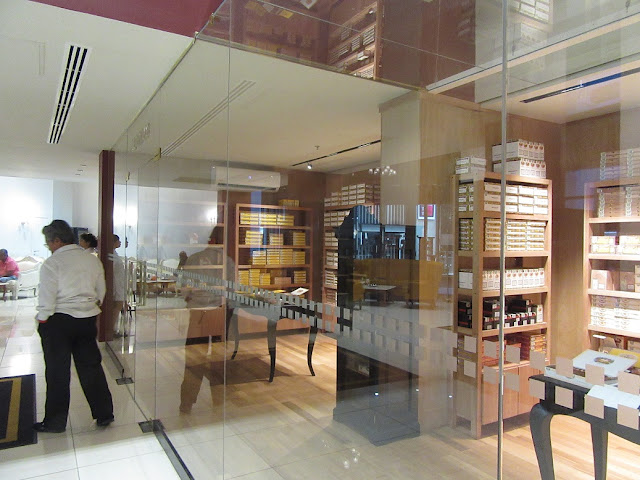 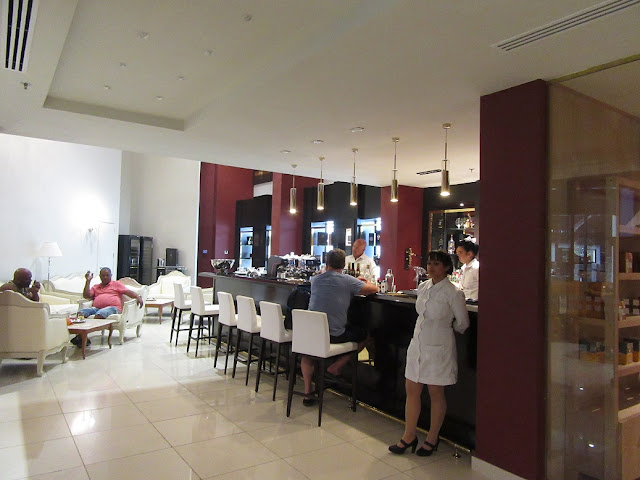 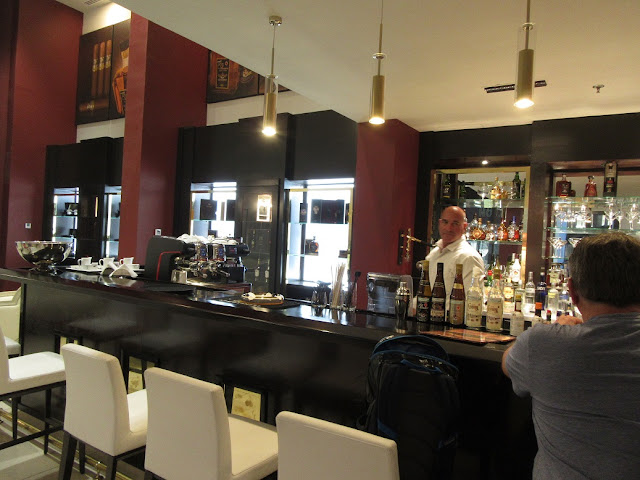 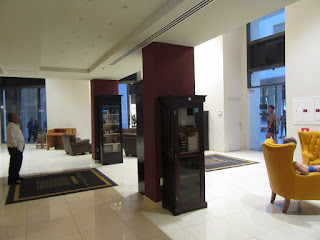 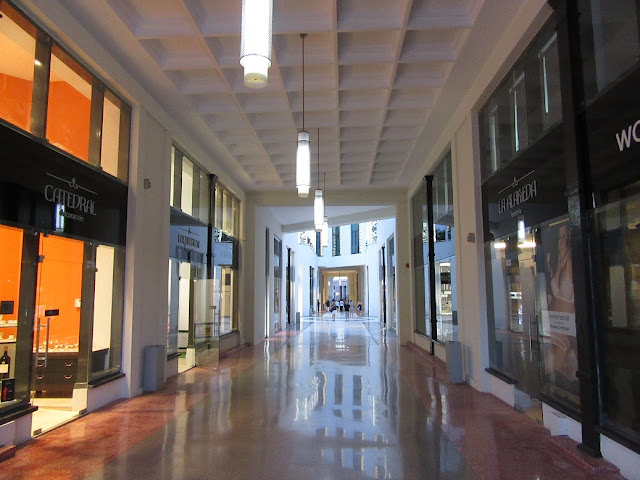 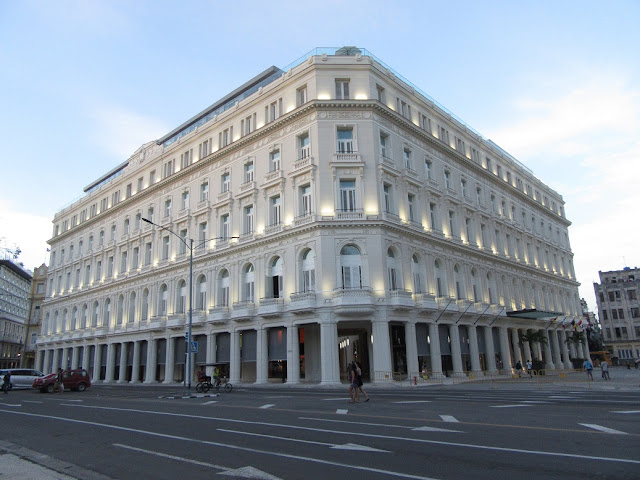 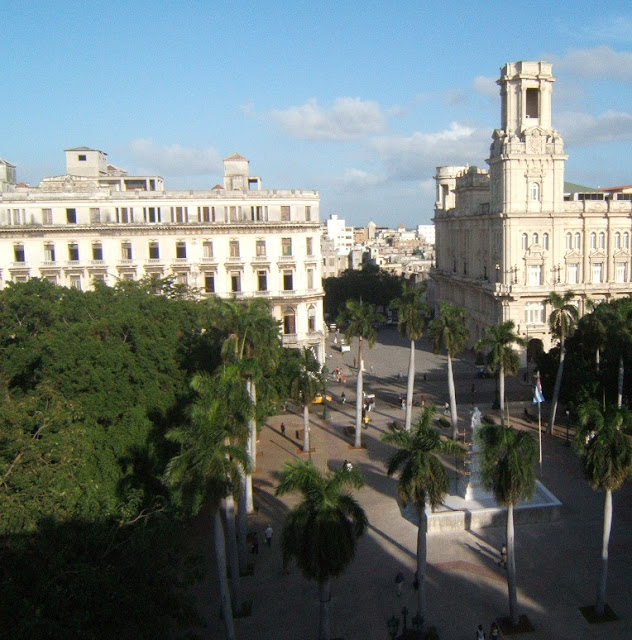 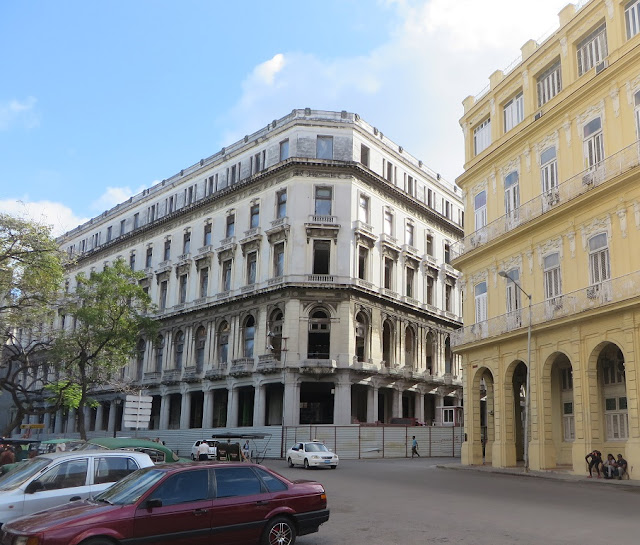 2014 while under renovations
Posted by matteocigars at 07:31