The 'El Floridita' restaurant and cocktail bar, known as the cradle of the daiquiri, is 200 years old this year. It's almost impossible not to find this place full of tourists regardless of how much of a trap it is....cocktails here cost several times more than elsewhere in the city (country). However, to be in the place that was once the hangout of the famous writer Ernest Hemingway is priceless.

It opened in 1817 with the name "La Piña de Plata" (English: The Silver Pineapple) in the place it still occupies, on the corner of Obispo and Monserrate streets. Almost 100 years later, the large number of North American tourists persuaded the owner to change the name to "El Florida", but with time it became popularly known as "El Floridita".

In 1914, the Catalan immigrant Constantino Ribalaigua Vert started working in the bar as cantinero (bartender). Constantino, nicknamed Constante, became the owner in 1918. Constante is credited for inventing the frozen daiquiri in the early 1930s, a drink that became linked to the fame of the place, whose motto is now "la cuna del daiquiri" (the cradle of the daiquiri). The bar became a school of highly skilled cantineros (bartenders) specialised in cocktails prepared with fresh fruit juices and rum, whose traditions are still preserved by the disciples of Constante.

The Nobel Prize-winning American writer Ernest Hemingway frequented the bar, which is at the end of Calle Obispo (Bishop Street), a short walk from the Hotel Ambos Mundos where Hemingway maintained a room from 1932–1939. Hemingway's children also noted that in the early 1940s Hemingway and his wife "Mary" (Martha Gellhorn) continued to drive from their house outside Havana (Finca Vigía) to the Floridita for drinks. The establishment today contains many noticeable memorabilia of the author, with photographs, a bust and, more recently (2003), a life-size bronze statue at the end of the bar near the wall, sculpted by the Cuban artist José Villa Soberón.

Hemingway wasn't the only famous customer of the bar. The establishment was frequented by many generations of Cuban and foreign intellectuals and artists. Ezra Pound, John Dos Passos and Graham Greene, the British novelist who wrote Our Man in Havana, were also frequent customers.

Ernest Hemingway used to say, "My mojito in La Bodeguita, my daiquiri in El Floridita."

The place still preserves much of the atmosphere of the 1940s and 1950s, with the red coats of the bartenders matching the Regency style decoration that dates from the 1950s, although now most of its customers are occasional tourists. Besides the cocktails, the place is reputed for the (expensive) sea food.

In my opinion, if you've never been to El Floridita, you should make the trip for the historical value at least. If it's just to have a drink, there are much better places around the city to do that. As far as the expensive food goes, I've never eaten here but friends of mine have. I was told that the food wasn't bad but wasn't that great either....once again, there are lots of places that make a better lobster, cheaper and with nicer ambiance.

PS...,so far, smoking is allowed inside. I was able to smoke my cigar in the bar area. 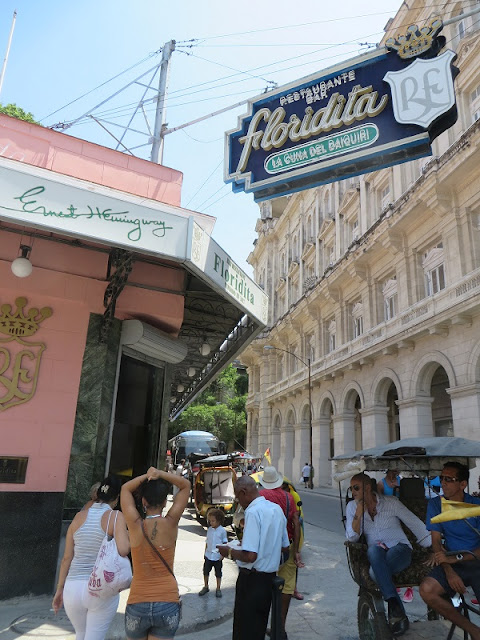 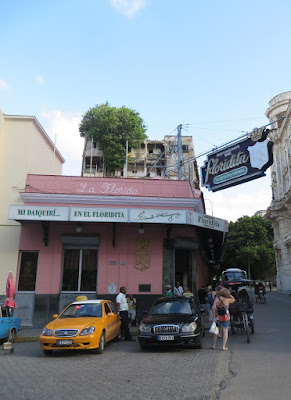 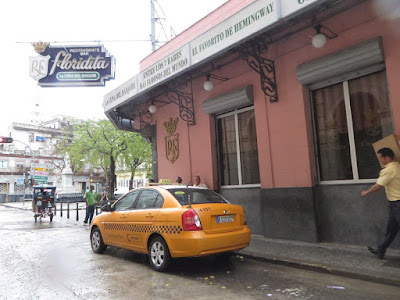 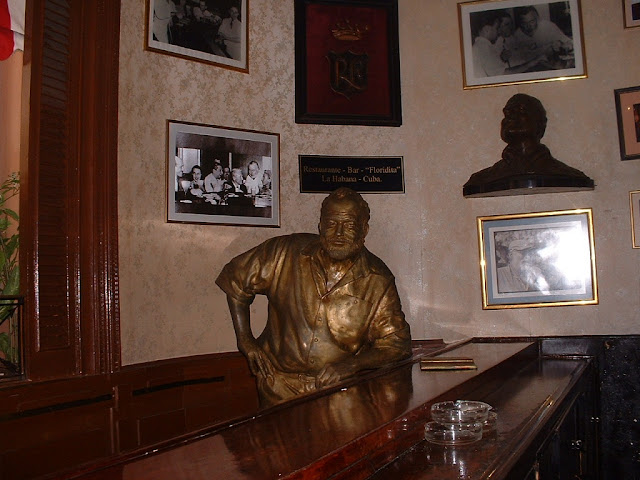 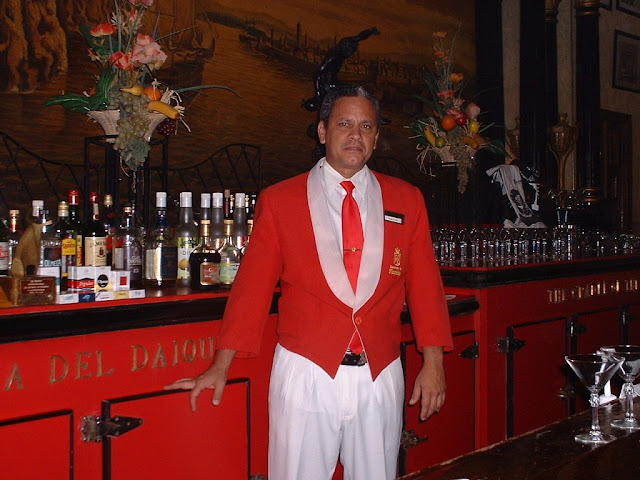 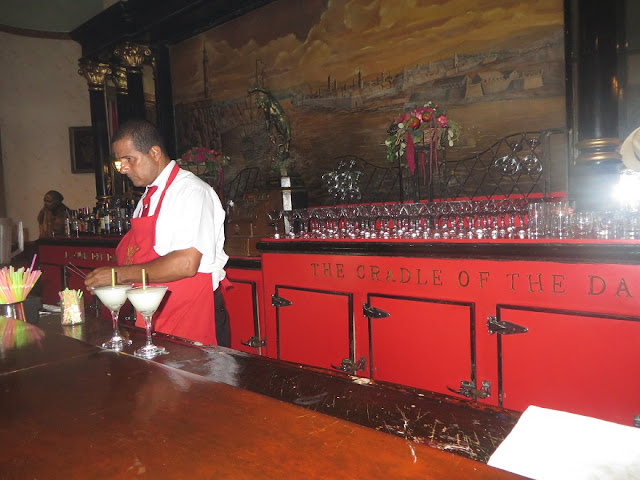 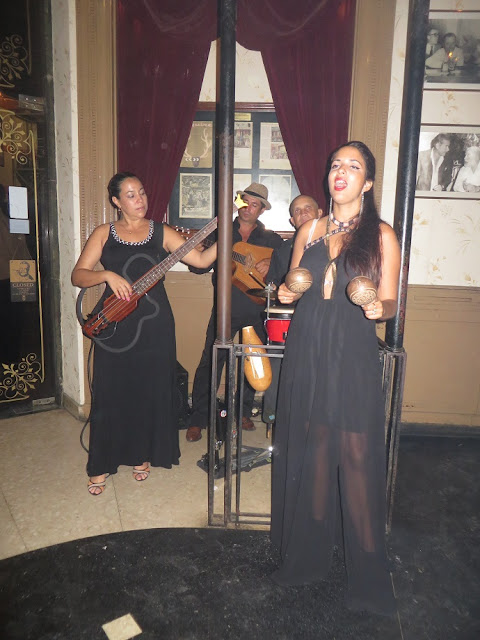 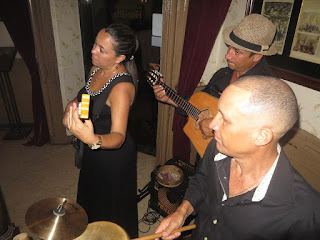 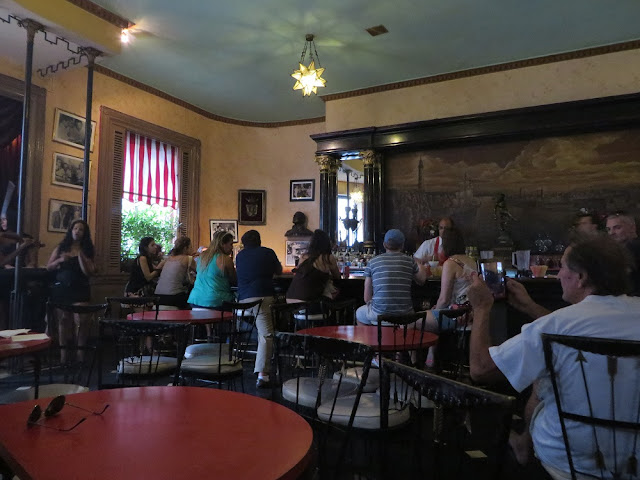 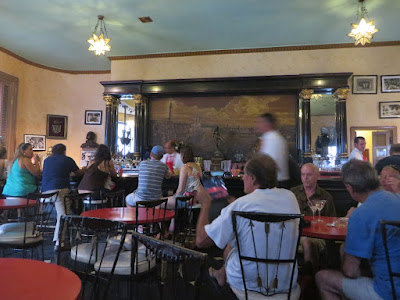 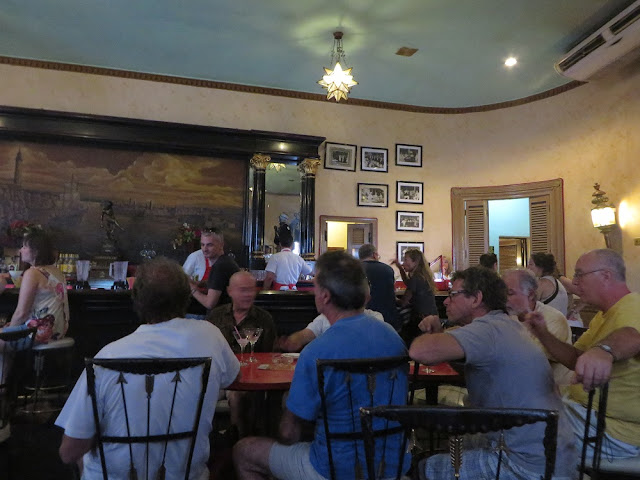 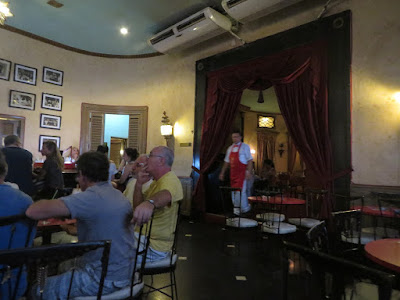 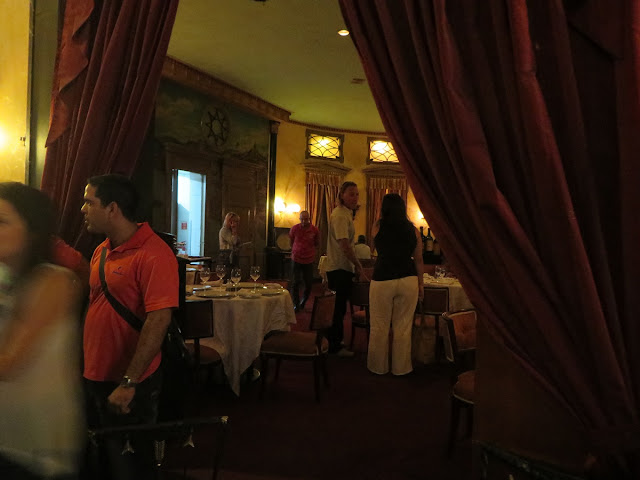 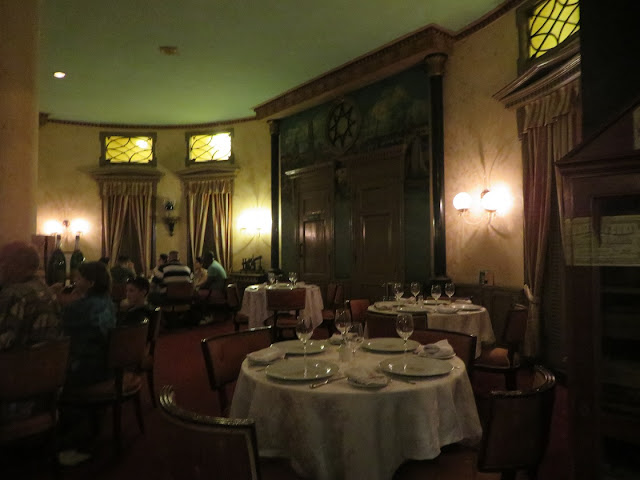 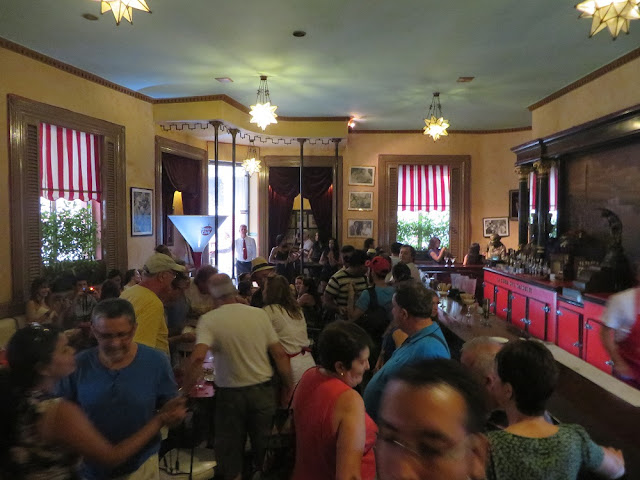 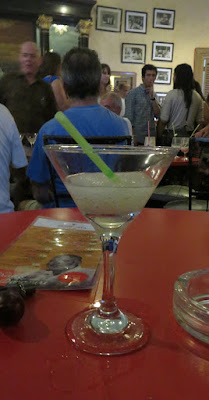 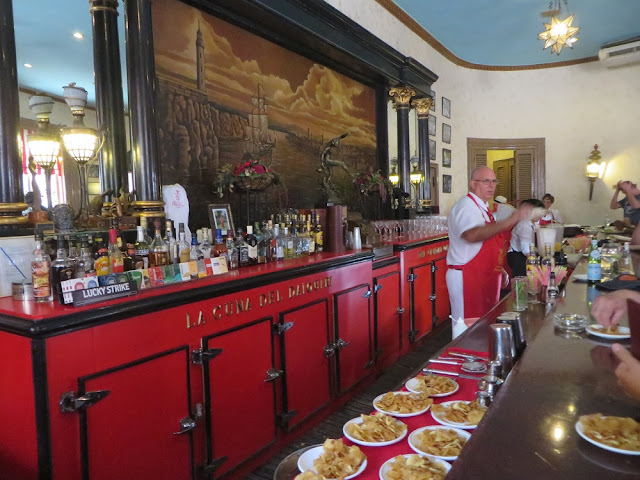 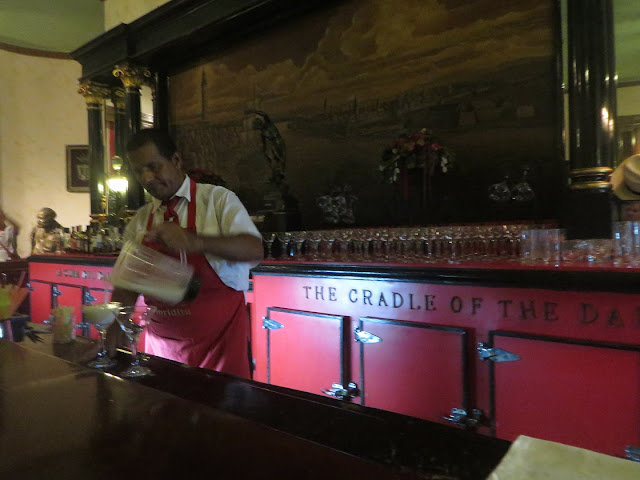 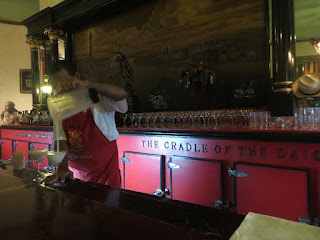 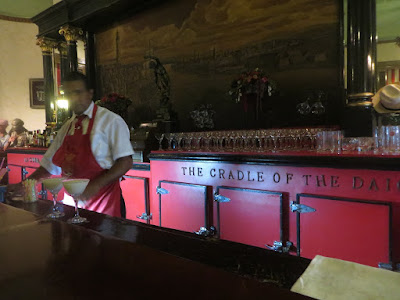 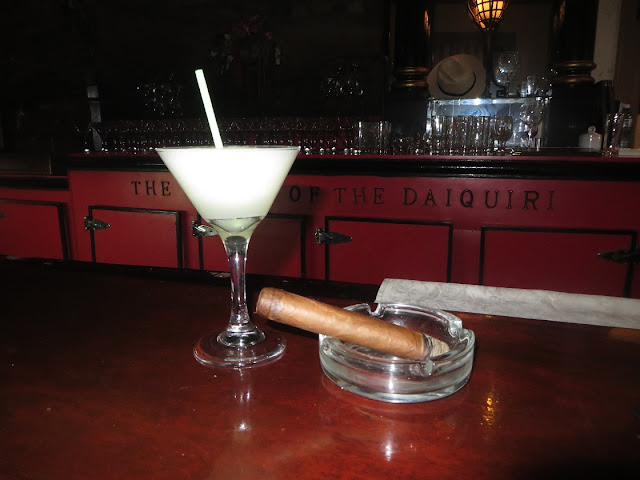 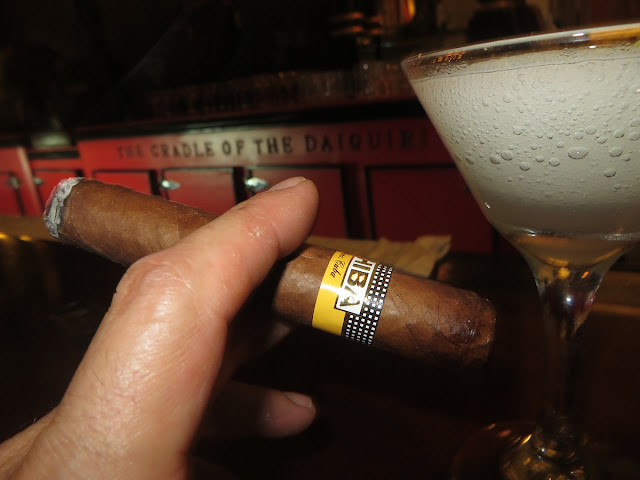 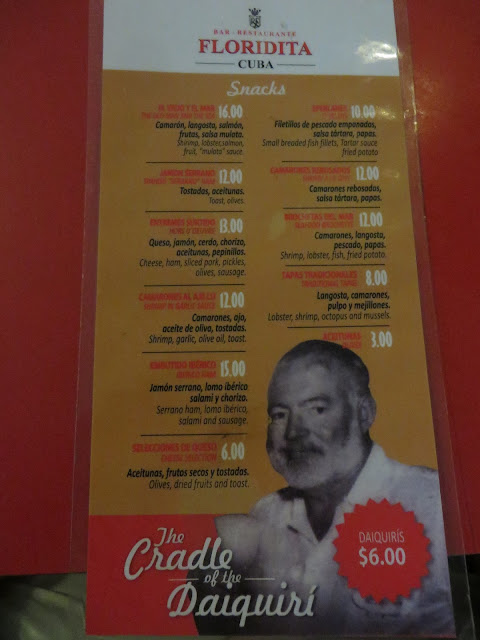 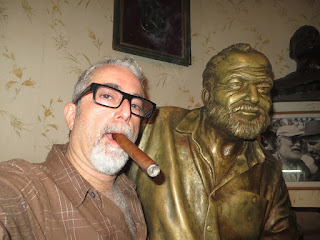 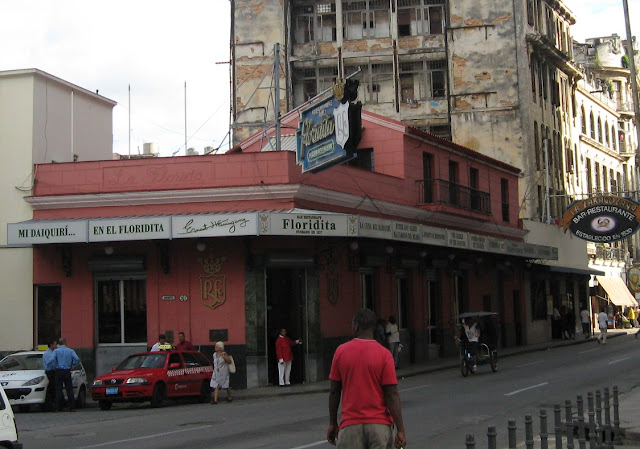 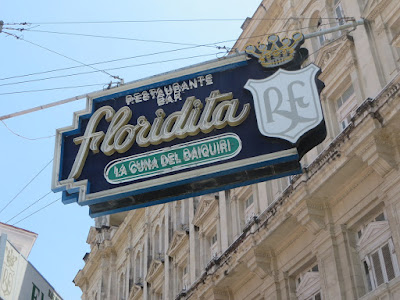