Cuban food is generally thought of as being bland and unimaginative to those who never venture off the confines of their all-inclusive hotel resort. Outside those walls is a culinary world that begs to be discovered. One of my favourite Cuban foods that I've had the opportunity to eat in Cuba is the Tamale and the best ones are in someone's house.
Tamales according to wikipedia:

A tamale is a traditional Mesoamerican dish made of masa or dough (starchy, and usually corn-based), which is steamed in a corn husk or banana leaf. The wrapping is discarded before eating. Tamales can be filled with meats, cheeses, fruits, vegetables, chilies or any preparation according to taste, and both the filling and the cooking liquid may be seasoned.
Tamales originated in Mesoamerica as early as 8000 to 5000 BC. Aztec and Maya civilizations, as well as the Olmeca and Tolteca before them, used tamales as portable food, often to support their armies, but also for hunters and travelers. Tamale-making is a ritual that has been part of Mexican life since pre-Hispanic times, when special fillings and forms were designated for each specific festival or life event. Today, Tamales are a favorite comfort food in Mexico, eaten as both breakfast and dinner.
Tamales have been eaten in the United States since at least 1893, when they were featured at the World's Columbian Exposition. A tradition of roving tamale sellers was documented in early 20th-century blues music. They are the subject of the well-known 1937 blues/ragtime song "They're Red Hot" by Robert Johnson.
In Cuba, before the 1959 Revolution, street vendors sold Mexican-style tamales wrapped in corn husks, usually made without any kind of spicy seasoning. Cuban tamales being identical in form to those made in Mexico City suggests they were brought over to Cuba during the period of intense cultural and musical exchange between Cuba and Mexico, between the 1920s and 2000s.
A well-known Cuban song from the 1950s, "Los Tamalitos de Olga", (a cha-cha-cha sung by Orquesta Aragón) celebrated the delicious tamales sold by a street vendor in Cienfuegos. A peculiarly Cuban invention is the dish known as tamal en cazuela, basically consisting of tamale masa with the meat stuffing stirred into the masa, then cooked in a pot on the stove to form a kind of hearty cornmeal porridge.

No one knows for sure when or who invented the tamale. The Spaniards discovered tamales during their stay in Mexico in the 1500's. For this reason, there are a phenomenal amount of varieties of Tamales made in many parts of the world due to Spanish colonization at that time. You will find variations of the Tamale all over Central & South America as well as the United States, several Caribbean countries including Cuba and on the other side of the planet in the Philippines and Guam...I found no reference to them being made in Spain. In Cuba, I found the stuffing to usually be pork. If you haven't already tried a Tamale, you should, especially if a Cuban invites you over to his house to have some.

The Tamal in casserole is a typical Cuban dish, made with tender corn. It remains like a curdled cream, without reaching the consistency of the flour, which is drier. Frequently the pork is chopped into small pieces, marinated and fried. It is also possible to make it using seafood, red or white meats.
Ingredients:
1 lb. mass pork
2 cloves garlic
¼ cup oil
1 lemon
1 onion
1 chili
½ cup tomato sauce
¼ cup dry wine
2 cups ground corn
3 cup water
1 tbsp. of salt
¼ tbsp. of pepper
Instructions
Cut the meat into pieces and dice with garlic and lemon. Sauté the meat and according to the fat that is released add enough oil to make a sofrito with the onion, chili, tomato and dry wine. Mix the corn with water. Strain it and add it to the meat with the sofrito. Cook for about an hour stirring occasionally so it does not stick. Season with salt and pepper. 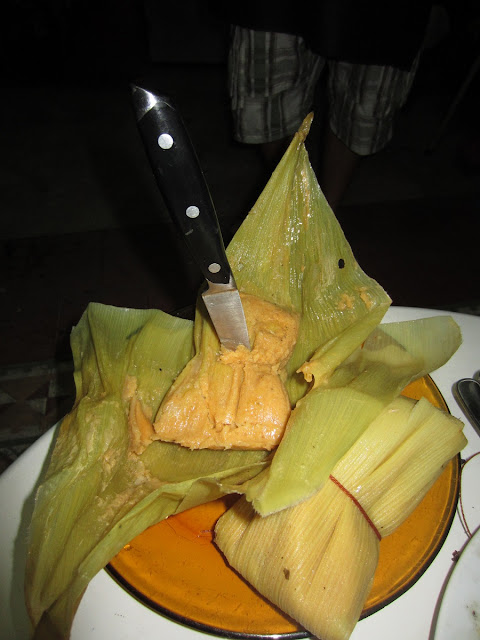 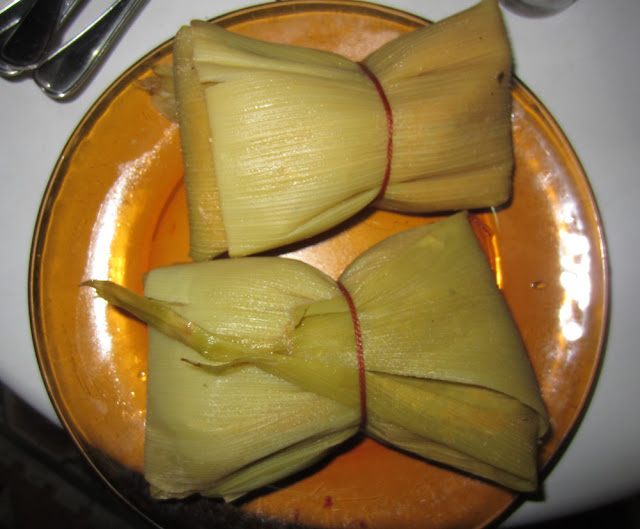 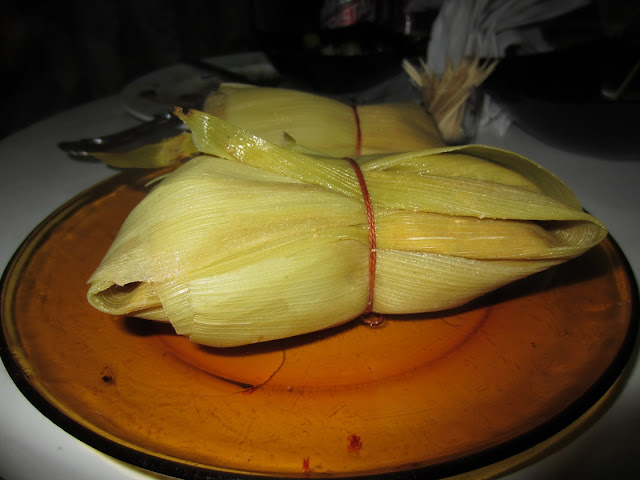 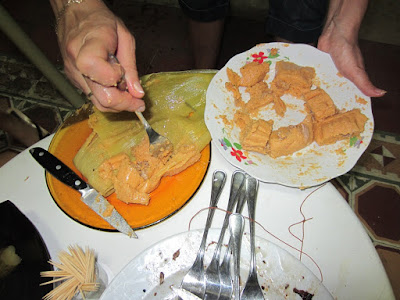 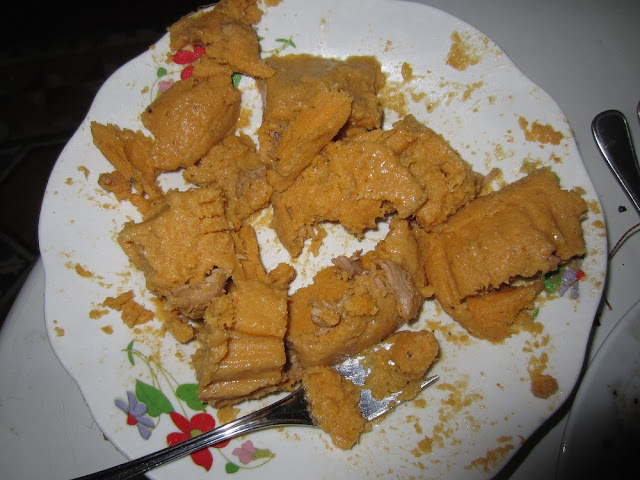 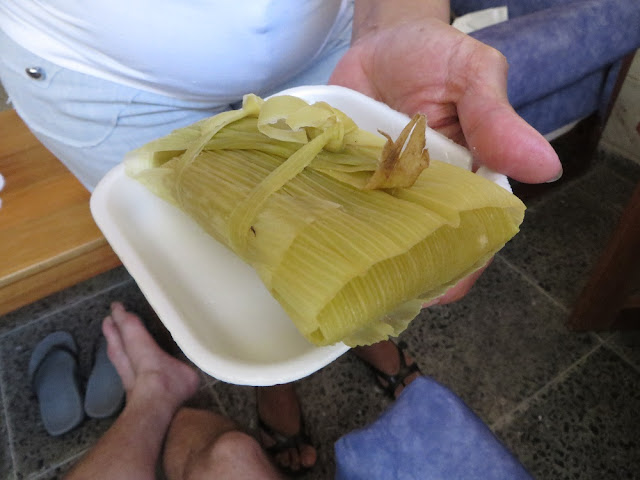 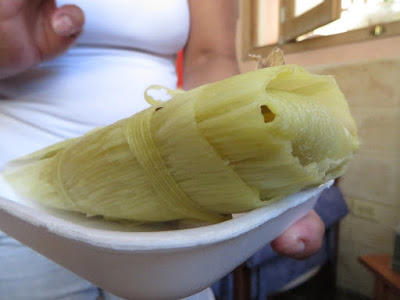 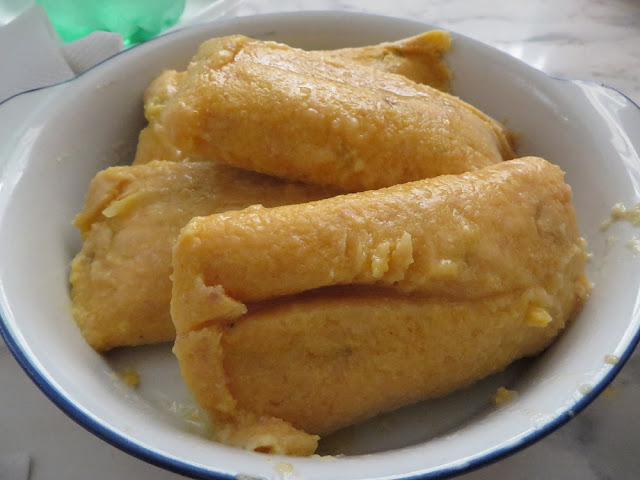 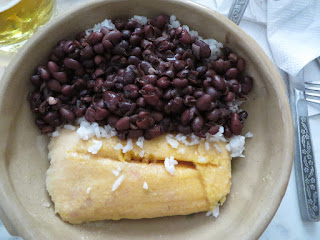 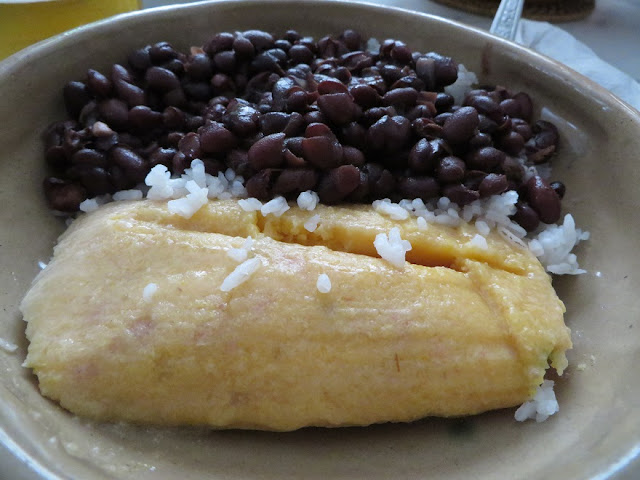 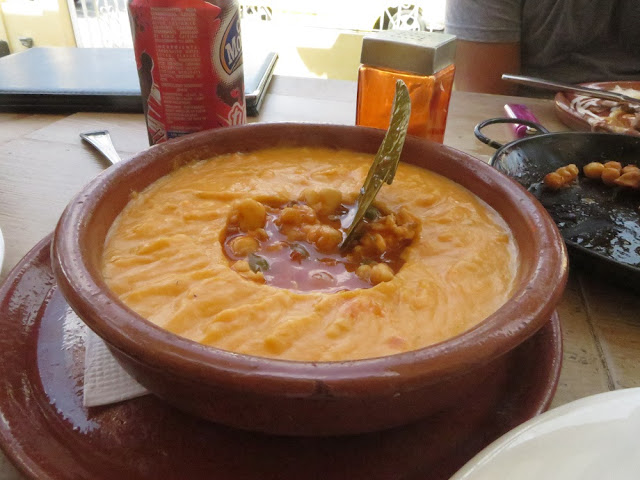 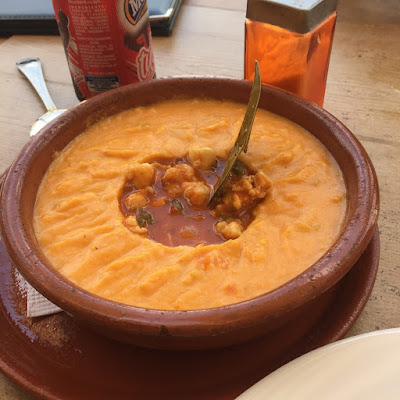