Finding information on this building wasn't easy, it took me several tries and a bit of time before I finally found the original name and owner of this (what once was) mansion. This building was once known as the 'Casa del Marqués de Torres' owned by Mr. Laureano Torres de Ayala, Marquis of Casa-Torres who arrived in Cuba in 1708 to take office of Governor (1708–1711 and 1713–1716). The house has gone through a lot of changes since it's construction, especially after a fire in 1894. Before the Office of the Historian of the City of Havana took it over for renovations it was being used as housing on the top floor, like the rest of the buildings in the square, and as a warehouse on the lower floor. Finally on June 6, 2003, with the partnership of the Austrian brewing company Salm along with the Cuban Habaguanex, the space reopened as La Taberna de la Muralla.
Located on one of the corners of Plaza Vieja makes this a prime location and I have to tell you that this place is all about atmosphere....not much else. The food isn't expensive but it isn't great either. The service is absolutely horrible, it takes forever to get a waiter to your table. I've always professed to state-run restaurants being bad but this place is the king of them all. I can't understand why the waitstaff looks so miserable...I understand that serving monied tourists all day and then going home to a crumbling building would make for a rather negative mindset when working but....aren't you making a pot of money every day you work (shouldn't you be looking at the bright side)? The place is almost always packed, regardless of the newly opened competition. It's one of only 2 places in the city that brew their own beer with Austrian technology (malts (barley) imported from that country) behind the bar. The 3 beers on tap are Clara, Oscura, and Negra....light, amber and dark. The light is too light for my taste, the dark has a bit of a bite to it and a tad heavy, I prefer the amber, much better tasting than the local bottled beer. It's priced at 2cuc per 500ml mug or 12cuc for the 3 liter cylinder, that's very comparable with bottled. They have indoor and outdoor seating under the portico and out onto the square beneath umbrellas. There's always a band playing traditional Cuban music outside on the patio. As far as the food goes, what it's known for and what I would recommend are the skewered meats, namely the chicken or pork. Anything else I've tried here has never been good.
In conclusion, if you don't mind waiting and aren't really going for a meal, this is a wonderful place to have a good beer, listen to some Cuban music and watch the world go by. 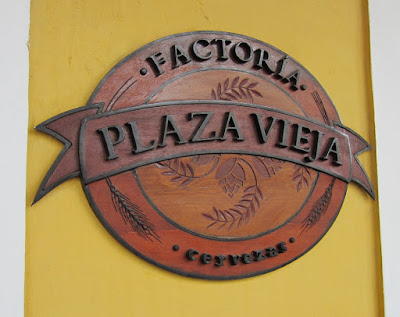 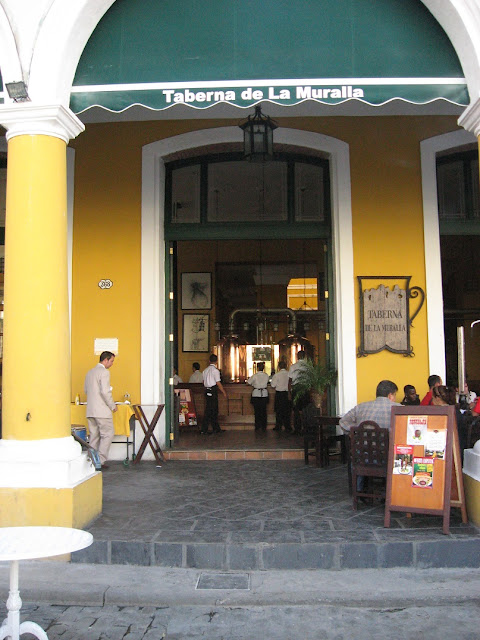 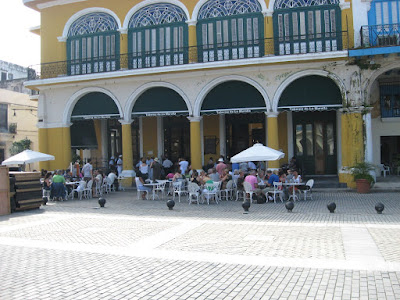 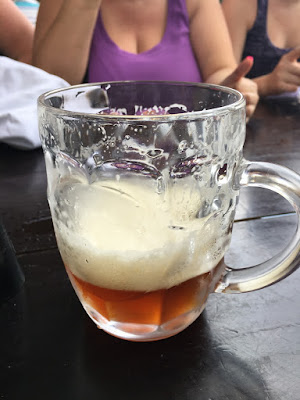 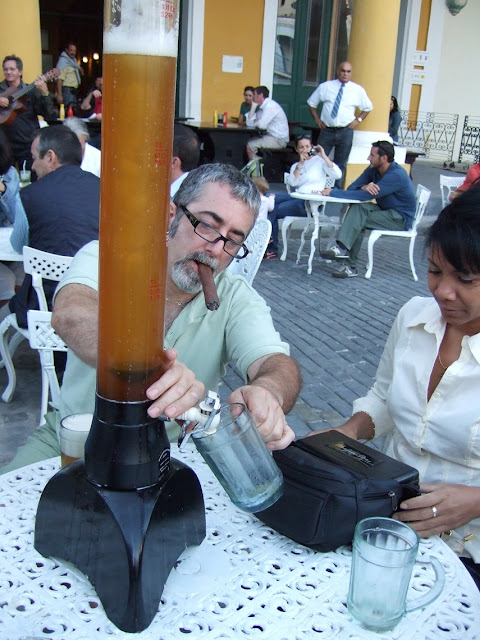 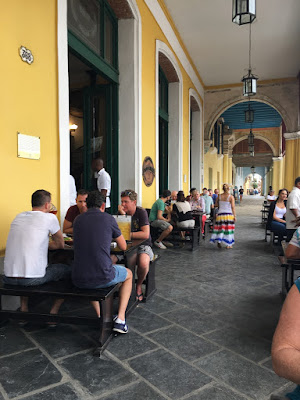 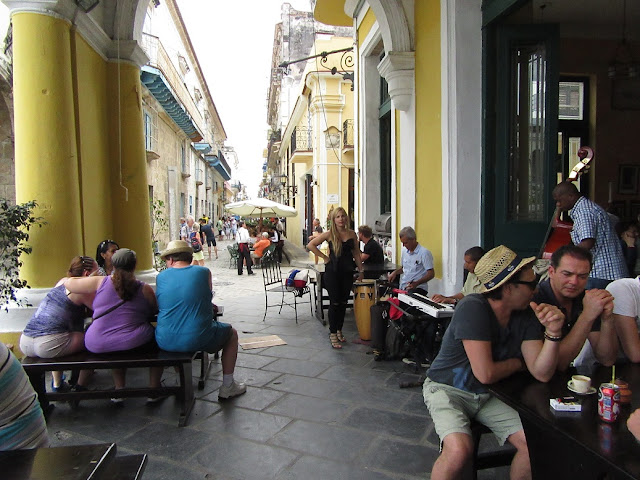 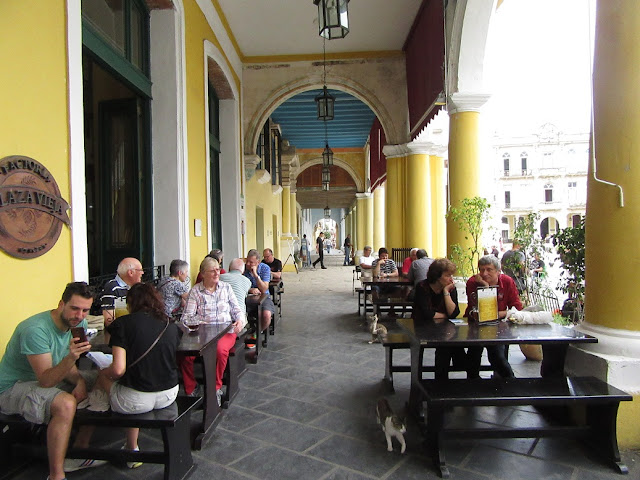 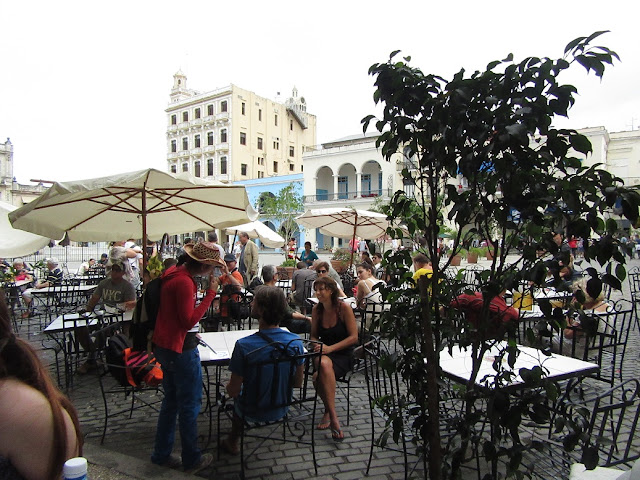 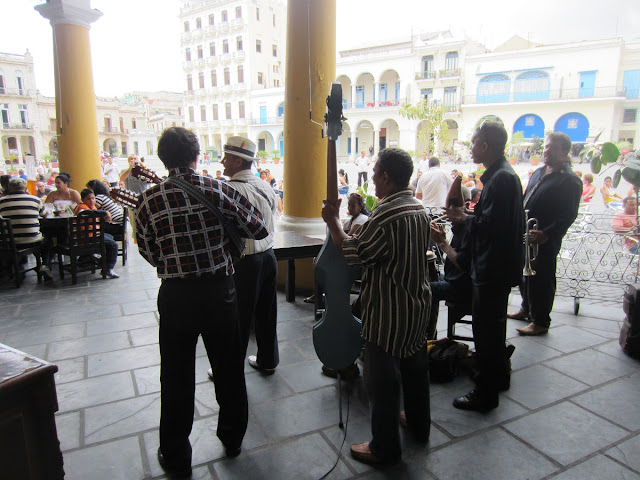 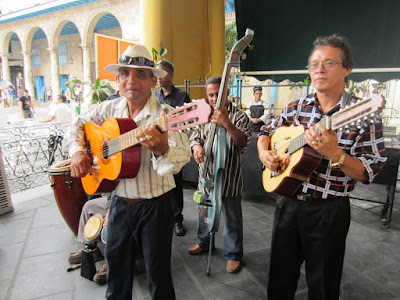 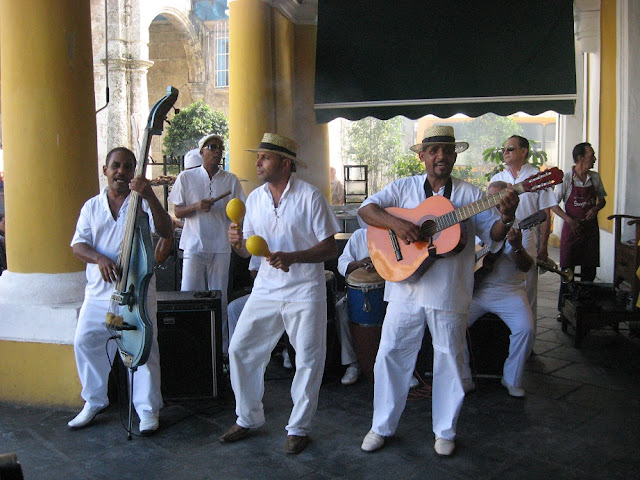 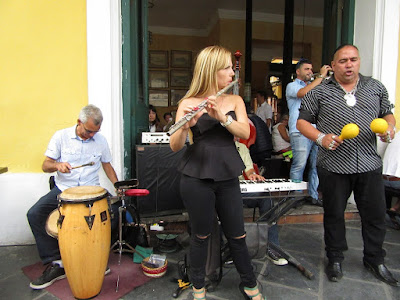 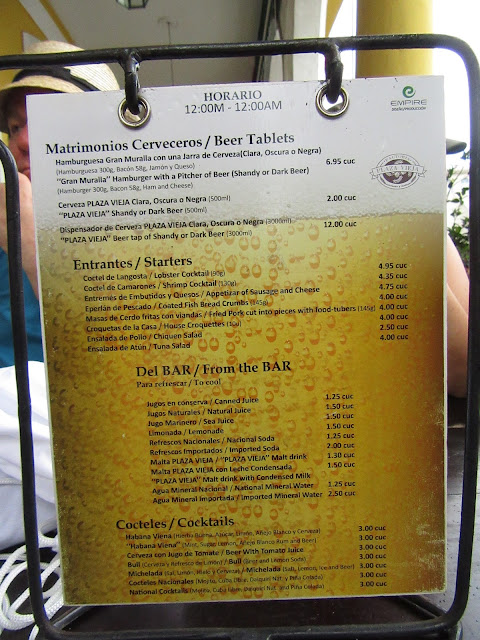 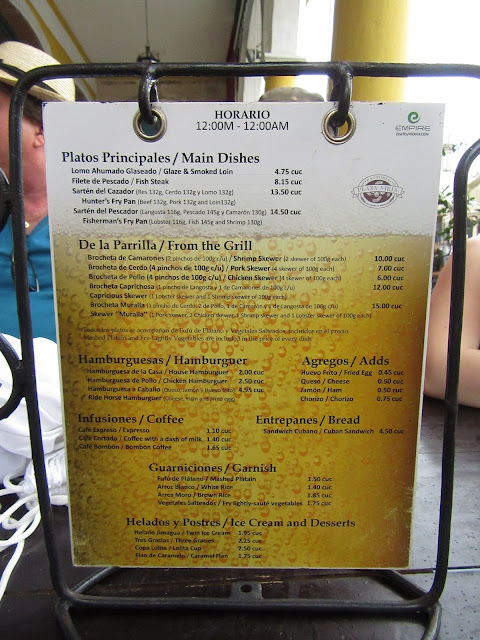 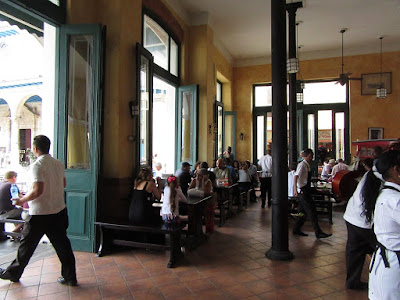 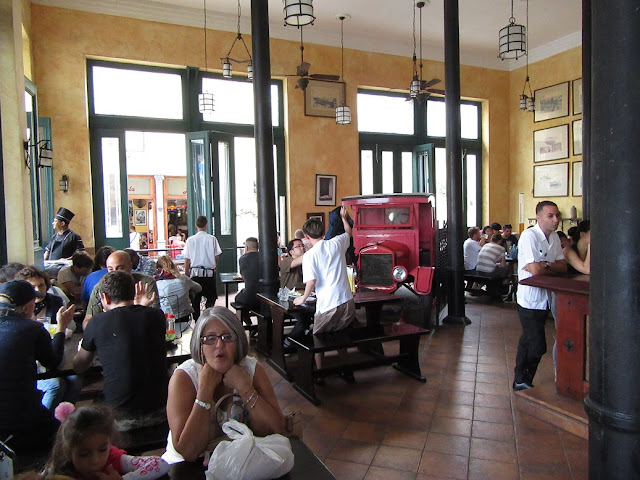 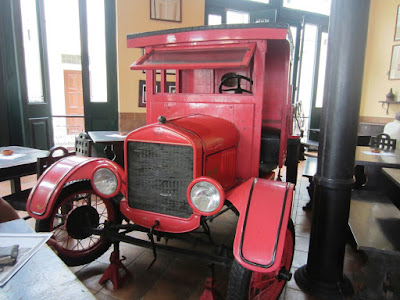 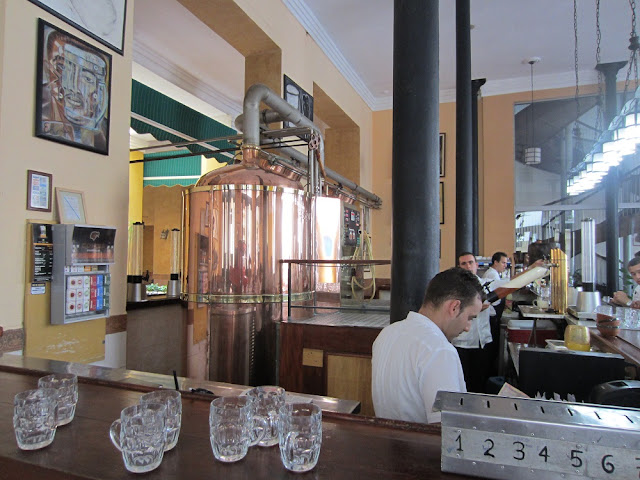 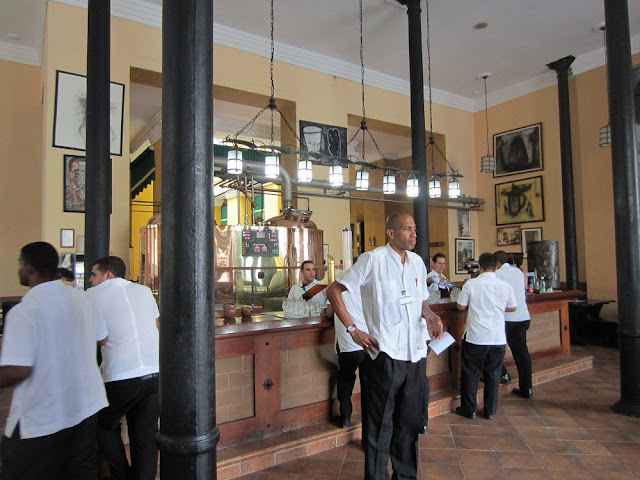 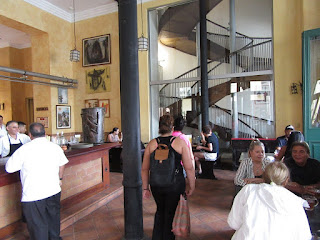 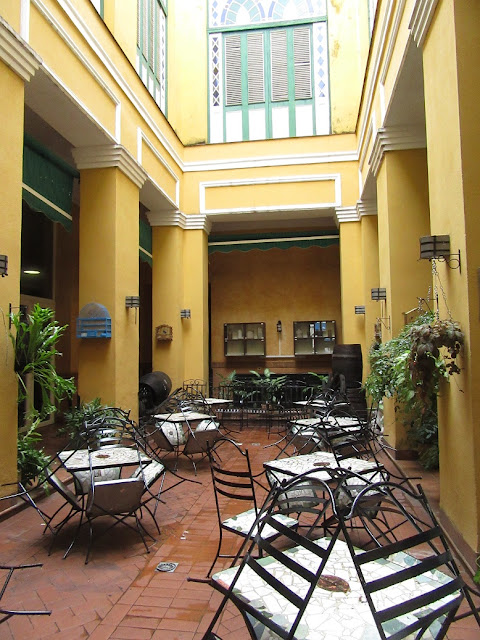 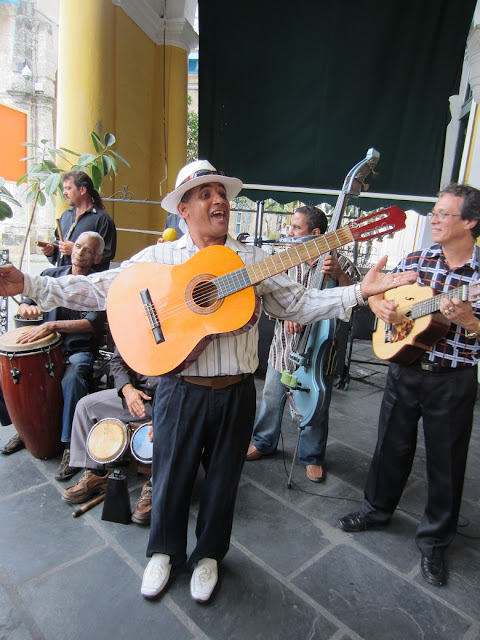