At the beginning of the 19th century, Pinar del Rio city was only a village but it was undergoing some enormous changes. It was during this furor that a local group lay claim to a theater to be built for the town in 1838. After all, they already had a prison, post office and church, it only seemed proper to add a theater.
They used local wood and tile in that first construction in 1839 and named it after an important Spanish poet from centuries before, 'Lope de Vega'. During the next few years the theater went through a few cosmetic changes. Then, in 1880, the theater was purchased by Dionisio Felix del Pino Díaz who rebuilt it almost completely. He replaced the wooden walls with masonry and added gas lanterns as well as some changes to the interior. An unusual character was added to the performances, sort of a forerunner of what would become an 'usher'. They dressed him up in showy costumes to distinguish him apart from the audience and he would keep order and make sure everyone behaved during the show. When the theater was built in Pinar del Rio, communications with Havana were very difficult and therefore it wasn't possible to maintain a regular program. Also preventing the theater from becoming something more was the fact that two wars were fought in 1868 and 1895 against the Spanish which of course had a great negative impact in the area. Despite all the difficulties the theater still managed to attract numerous companies to perform on it's stage.
On November 28, 1898, a new era begins for the life of this theater. The name is changed from 'Lope de Vega' to it's current name 'Milanes', after José Jacinto Milanés, a Cuban poet from Matanza. During it's existence the theater has seen many great performances from well known figures of national culture such as Alicia Alonso, Cuba's Prima Ballerina with the National Ballet of Cuba, Rita Montaner, well-known Cuban entertainer as well as Argentine comedian Antonio Gasalla. The theater has a capacity of 540 seats inside and boasts a Sevillian style a courtyard with seating for 120 people suitable for outdoor concerts with a bar-cafe. Anyone who's attended a function inside the theater, agree that it has exceptional acoustics. In 1991 the theater had to shut it's doors because of the hazards due to the crumbling building. It didn't reopen again until December of 2006 after major repairs to the structure as well as installation of lights, air-conditioning and audio system. Julio César Bañasco, a painter and restorer, took care of the detailed work involved to restore this masterpiece of a building to it's splendour of old.
It has seen many presentations since it's reopening, among them one of my favourite Cuban musicians who was actually born in Pinar del Rio, Raul Paz. If you've ever been to Pinar, this building would definitely get your attention if you drove by it. I have never been inside but have had a Bucanero in the restaurant across the street several times. The pictures below were sent to me by my friend Juan who lives in San Luis, Pinar del Rio. 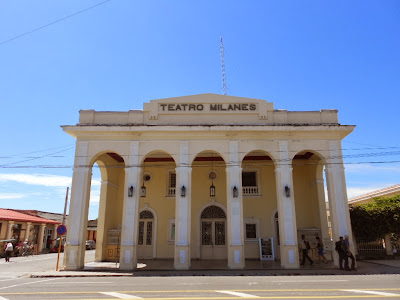 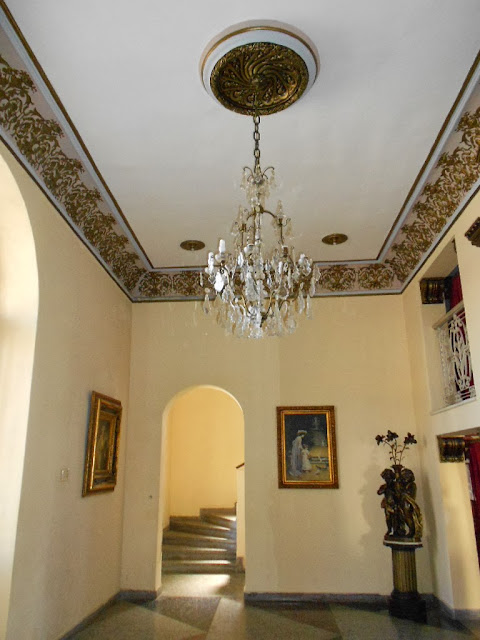 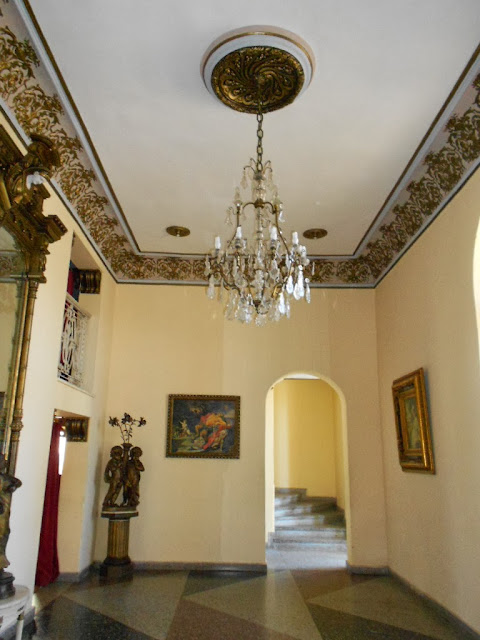 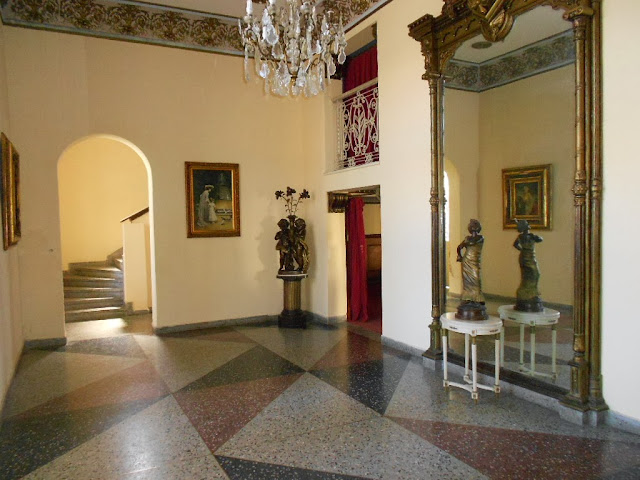 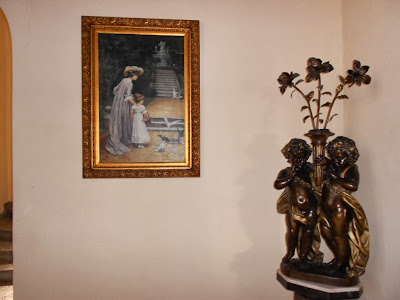 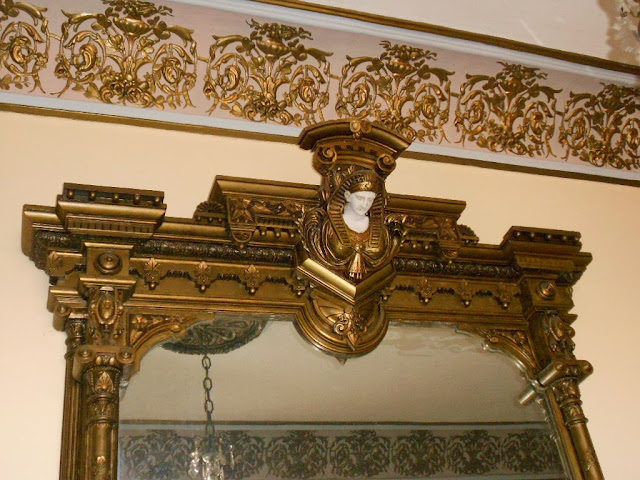 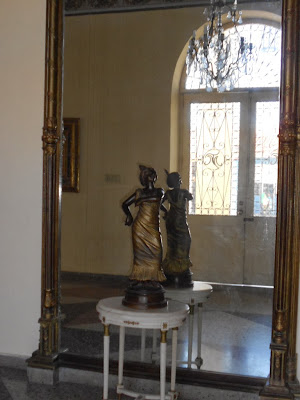 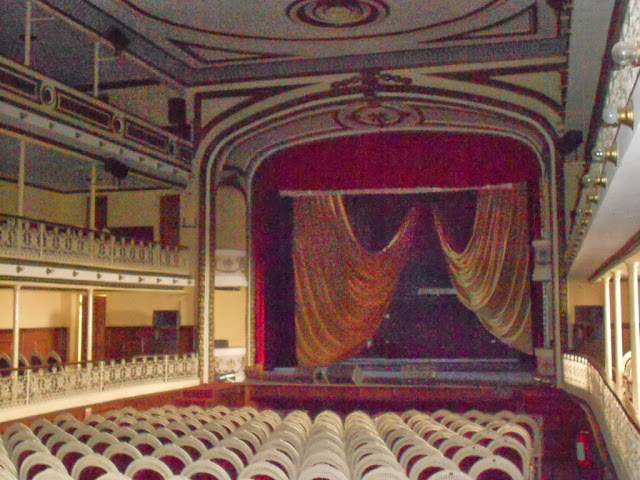 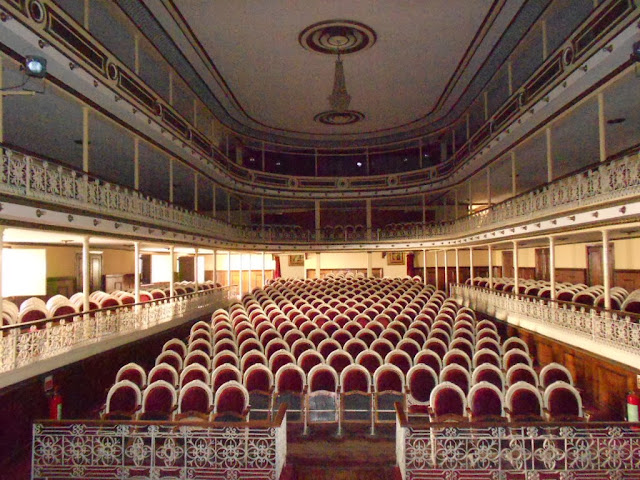 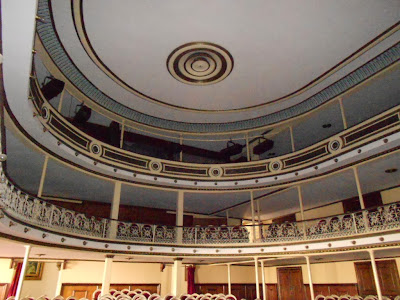 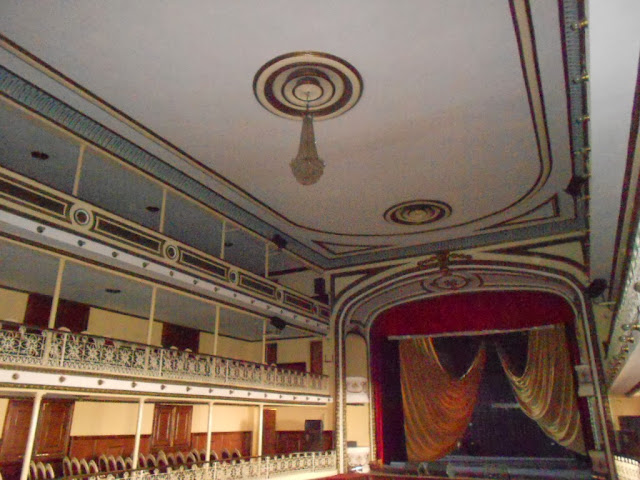 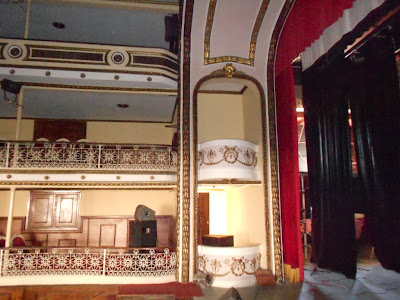 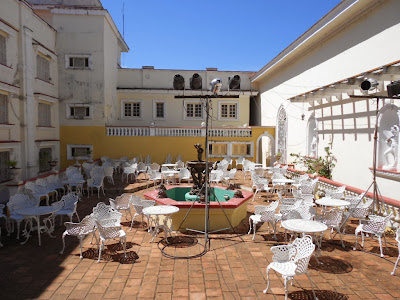